Reading Kane (2005) and his reference to Sutton-Smith’s (1997) “rhetorics” struck some chords. Especially about the ancient and modern visions of learning. The description of an ancient “at the feet of masters” style with initiation, rites of passage, formal “at the feet of masters” training, etc. But you conform and join in voluntarily to get the social bonds and sense of belonging that can lead to enlightenment.

I have had a “Na’vi” avatar in Second Life since James Cameron’s film came out and there are a couple of real good Pandora role play sims. They are a place to go and relax with nice ambient music as well as for more serous role play. I never really got that far. Though I do have an ikran that bonded with me and I can fly that reasonably well. But I was a loner really. I had explorer tags, and never really joined in the role play much at all. I explore, make plans, live within the constraints of the environment. It is a “modern” style of learning. 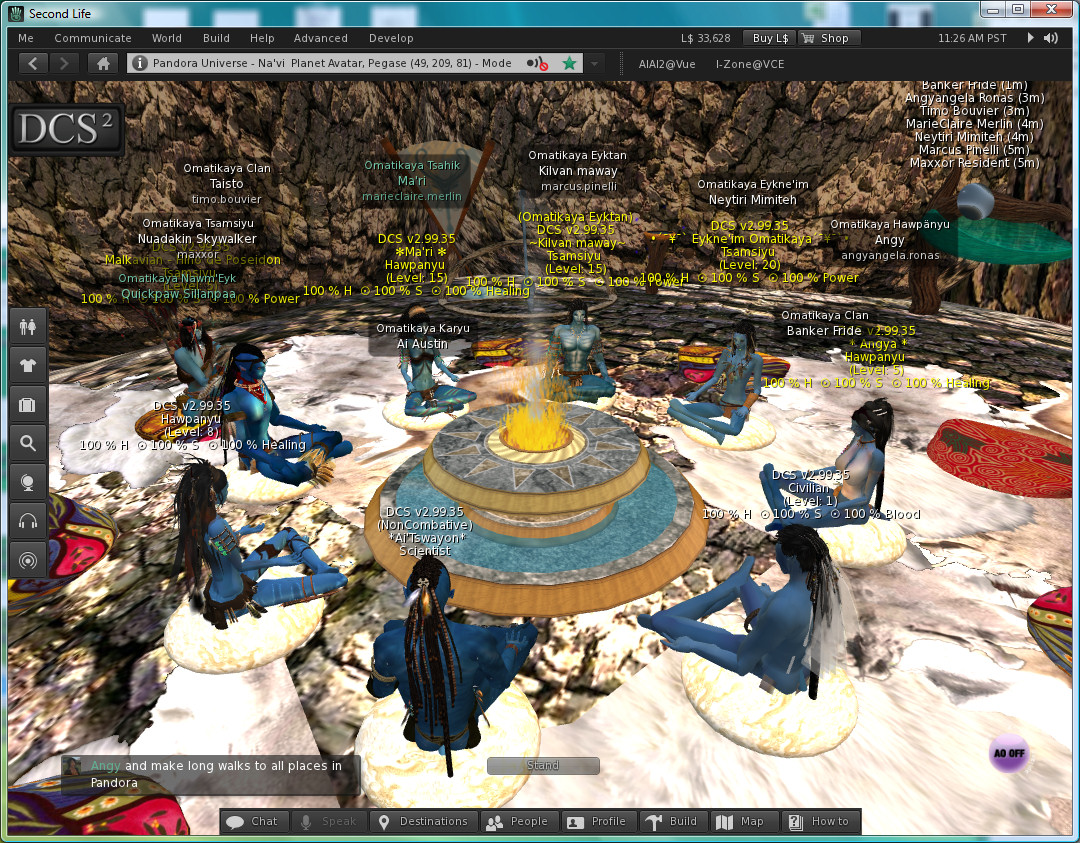 But for this course, I revisited Pandora and paired up with my ikran again. There are some fantastic new role play and sim areas on Pandora in SL now. New challenges to climb the floating mountains, and two serious role play clans.. and of course those ever intrusive sky people who want to rip out the irreplaceable materials of the land – don’t they always!

But its the clan aspect I am now looking at and in fact I will be at an initiation into the clan training programme ceremony this evening. This seems to relate to the “ancient” mode of learning. Quite different to the wandering character I have had up to now.

I will keep you posted, and I hope some of you might join me and other blue people on Pandora later in the course for a training exercise related to our educational interests. I am building some information to assist, along with in-world locations to get access to free Na’vi avatars.

Kane, P. (2005). The play ethic : a manifesto for a different way of living. London, Pan. Introduction; Towards the Play Ethic. Chapter 2; A General Theory of Play