I have found it much more interesting to explore the routes, travel mechanisms and locations which can be reached in World of Warcraft rather than just carrying out more quests, which I find are very linear in their design, with seemingly pointless to and fro movements.

I explored Stormwind Harbour, used the boat routes available from there (and Menethil Harbour) to locations on the continent of Kalimdor, and found Thargold Ironwing who kindly gave me a free gryphon tour of the harbour – see http://www.wowwiki.com/Thargold_Ironwing. 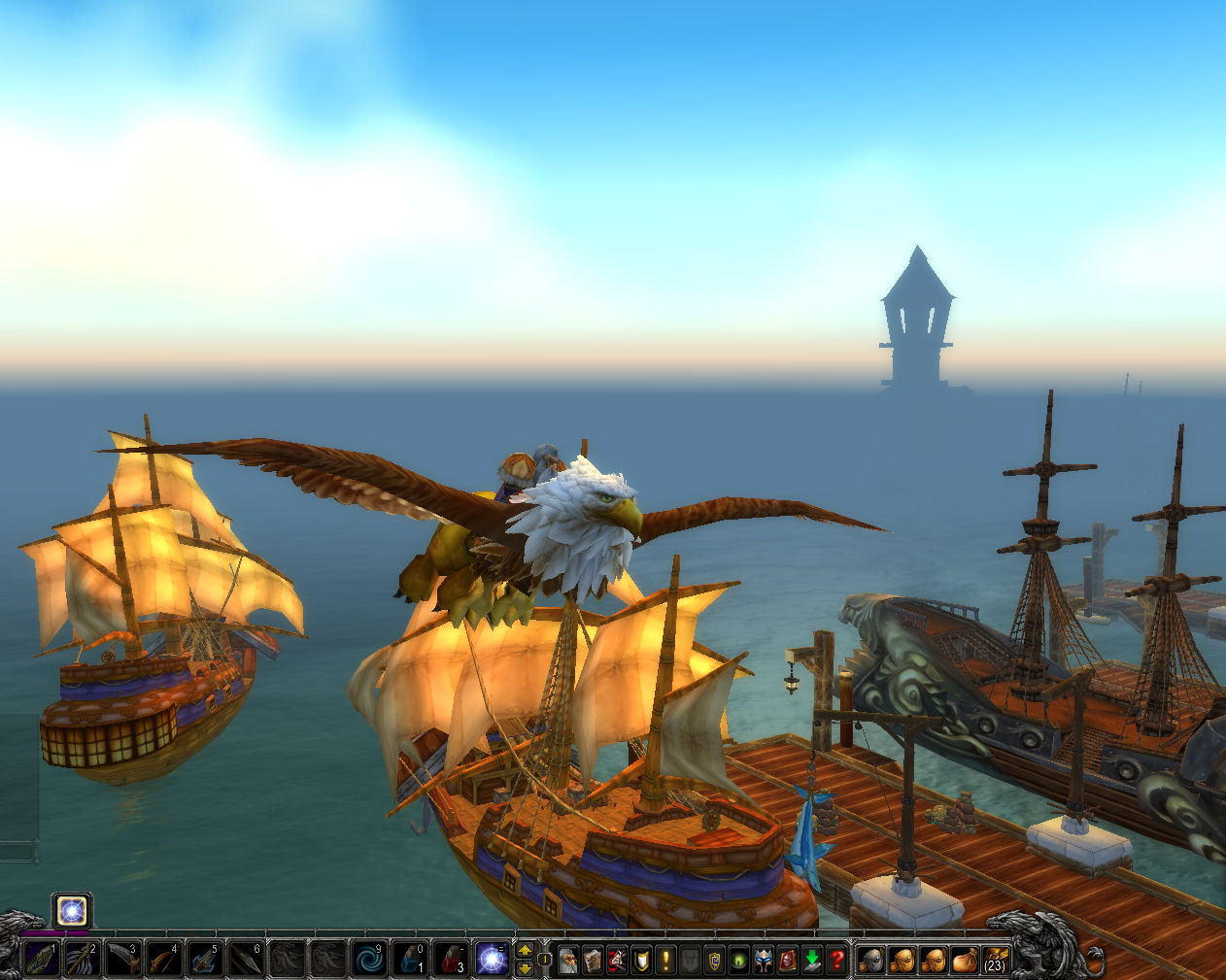 At level 20 my Dwarf Hunter was able to learn a riding skill to allow for a mount to be purchased and used. So I now have the steed appropriate to the Dwarf race, a ram. This makes movement between sites much quicker and allows low level attacks to be avoided. 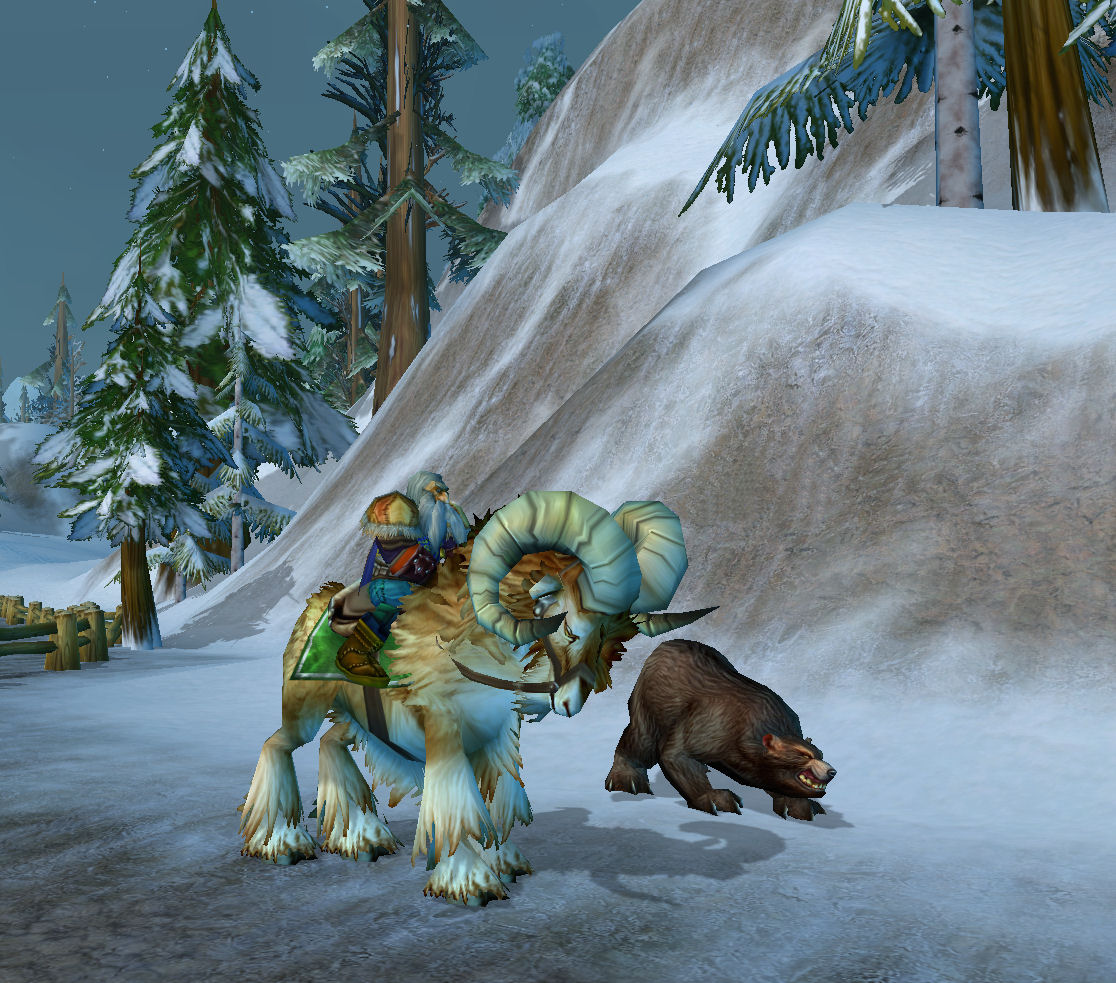 I am now discovering more route and vehicle types including an ornithopter and a (repaired) bomber. 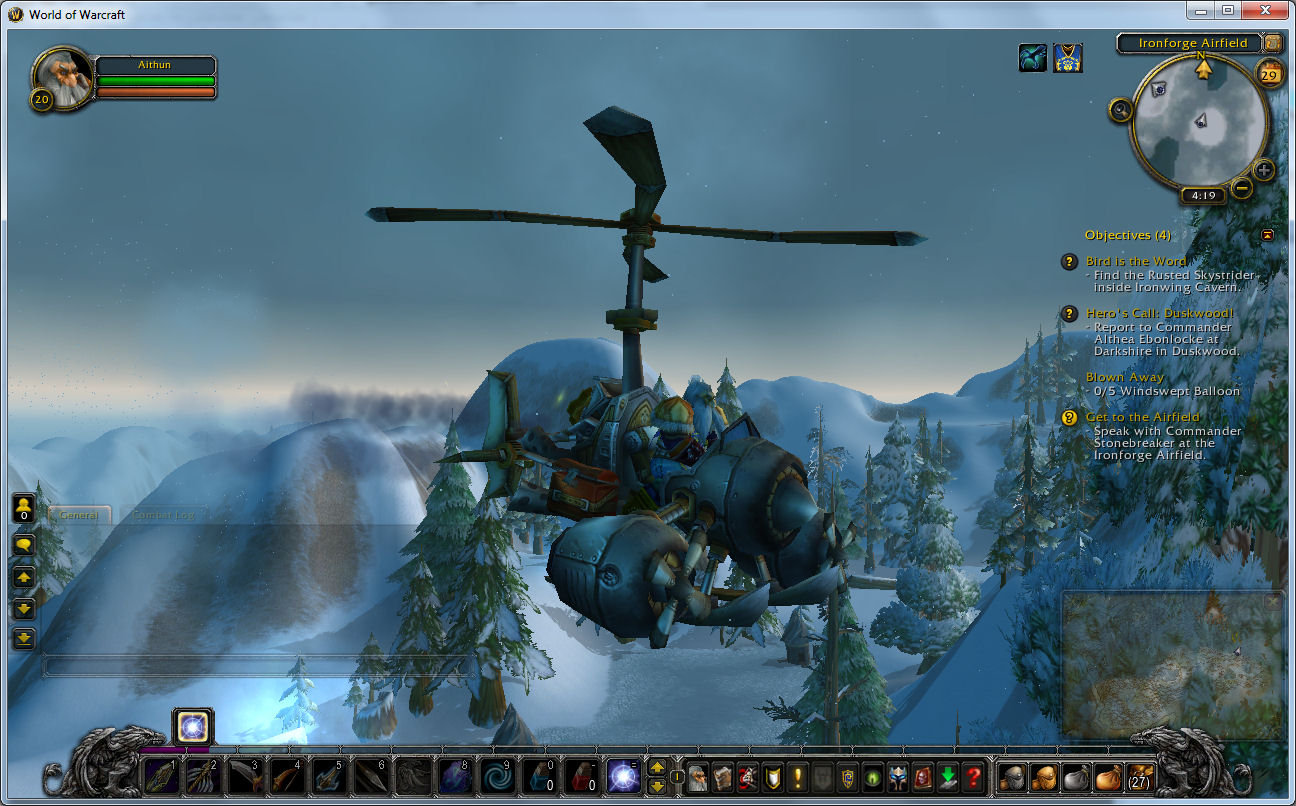 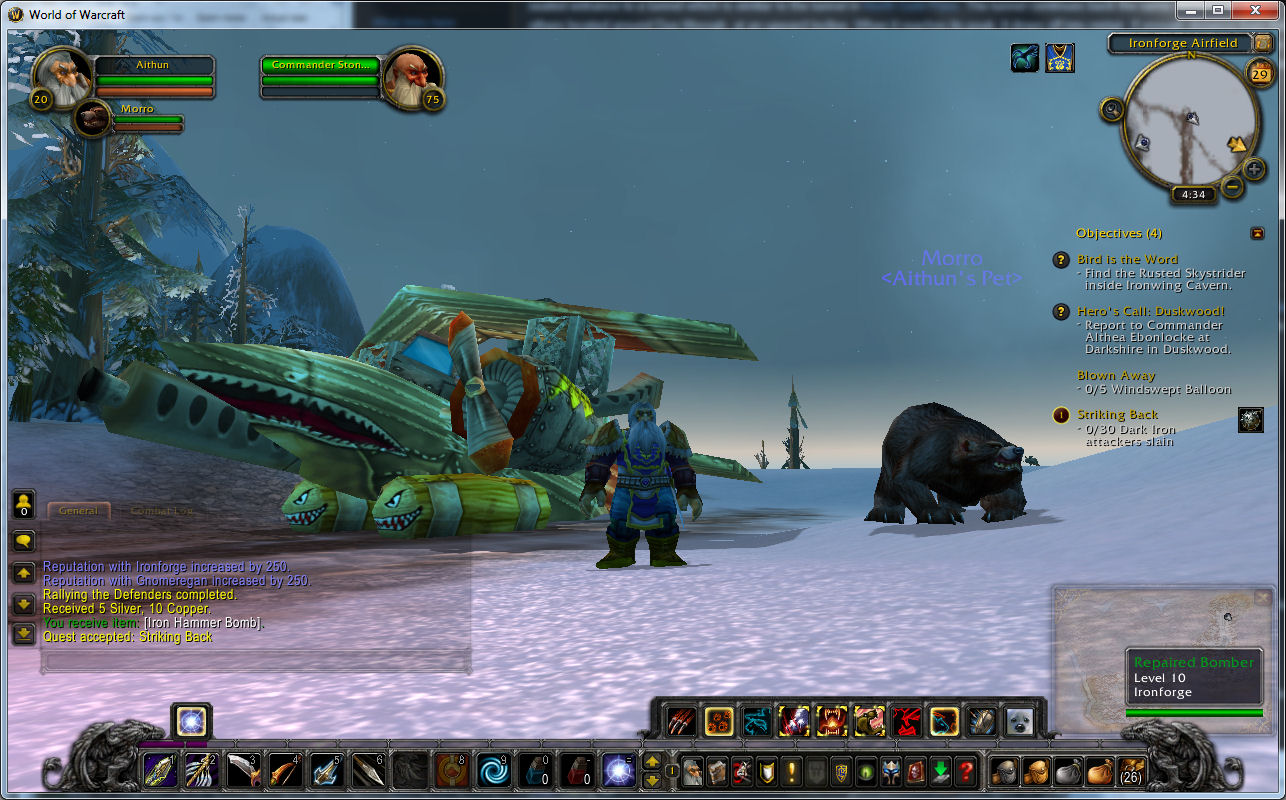 On this test, Ai Austin appears to be mostly “Explorer” which sounds just about right!