I was pleased that David Richardson (Twitter @_djcr) was able to join in Digital Cultures as my class friend for discussions on “The Posthuman” for the current two week block. After an exchange between us about a couple of the readings (Donna Haraway’s Cyborg Manifesto and Pickering’s Asian Eels and Global Warming) he has been tweeting along merrily since then. Quite a bit of David’s input has come as comments into the Digital Culture’s Blog entries… one of which I prepared to give him relevant quick access links and an anchor for his inputs.

My own input to the Posthuman discussions came via my Digital Culture’s blog entry on Posthuman – Connected and a lot of very interesting commentary by classmates and Jeremy (as Tutor) along with notes by me on that. David has also been commenting and adding his thoughts as comments to this blog entry.

I have noticed that I seem to be a long weekend ahead of discussion on the forums on all my MSc in e-learning modules, not just Digital Cultures. I tend to use Friday to prepare the ground for the start of the next week, get the readings organised, file previous material, and I think of start of the weekend as the change over point. That seems to put my Lifestream entries a few days, and sometimes as much as a week, ahead of similar topic events from others. So I felt rather lonely on the WallWisher Walls where I was more than 4 days ahead of any other entry appearing. Then we had an episode where we had two wall accidentally for a while. All sorted now, and entries appearing. Unfortunately, these entries are not reflected in the LifeStream as noted before. I continued to comment on the new virtual community ethnographies as they appeared through the week.

Work on the Moodle/SLoodle experiments was at a lower level this week, though I did a blog post expressing my feelings about the labyrinthine complexity of roles and permissions in Moodle against how I felt it ought to appear. This image from the posting expresses how things seem to me: 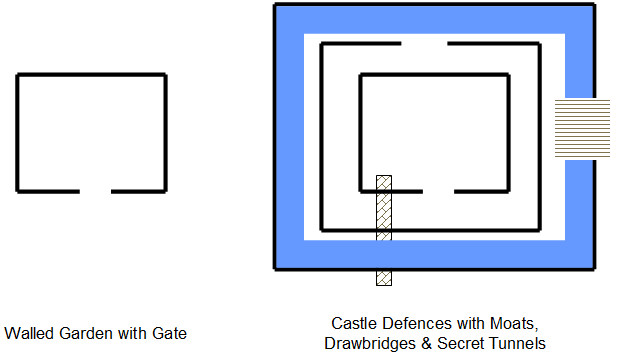 My on-line activity on one aspect of the Digital Cultures course has “gone underground” a little in that I am preparing elements of my final assignment in a web area of my Personal Learning Space and elements of this are not reflected in my lifestream yet.

Some Lifestream events relate to my research with the OpenVCE.net community and its emergency response groups. There has been a build up of events that relate to a shift of one of the web portals from HarmonieWeb, which provided Adobe Connect services in particular for the OpenVCE.net community, to the All Partners Access Network (APAN). This could be interesting as APAN uses the Telligent Community Platform integrated with Adobe Connect and XMPP/Jabber text chat for synchronous meetings. Details of the transition, which I am managing, are being built at http://openvce.net/apan. More tweets and status messages will appear on this over the next few weeks as I keep the OpenVCE.net community informed of progress.

Another international community I am involved in is KSCO – the Knowledge Systems for Coalition Operations community. We are in the run up to the closing date for submission of papers for KSCO-2012 which I am an organiser for. It will be run in February 2012 this year in Florida. We have just had approval for a proposal we made for a KSCO special issue of the high quality journal IEEE Intelligent Systems, so some Lifestream events relate to communicating this to the KSCO community.