Pacman – from Clueless to Useless 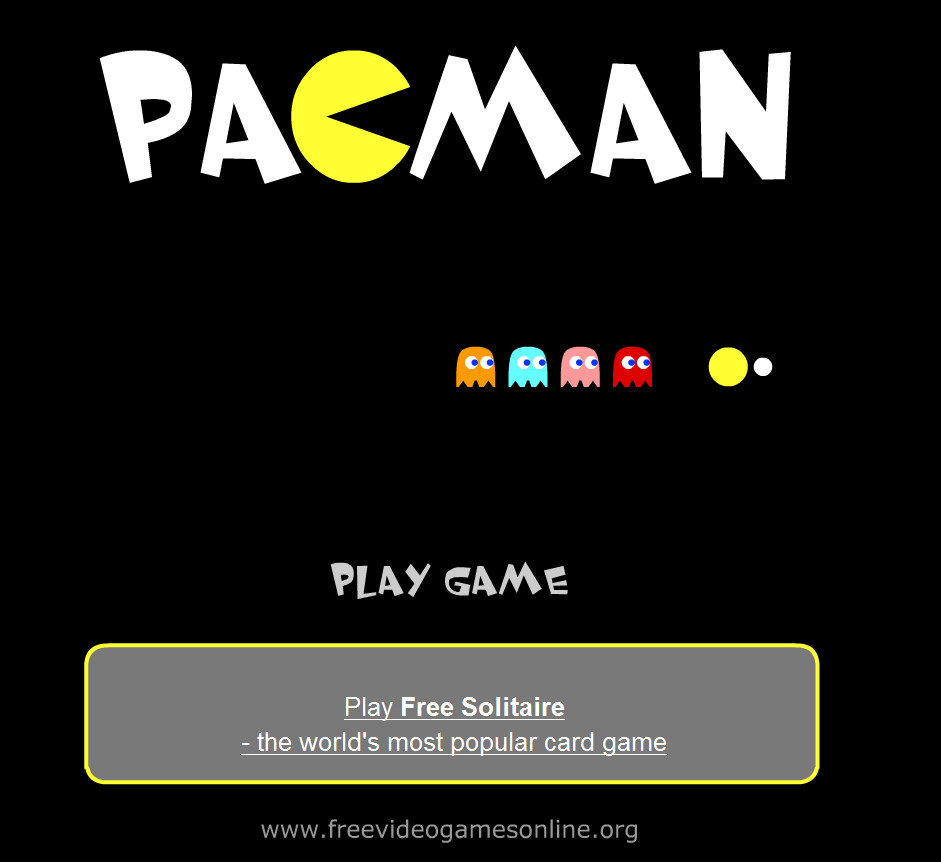 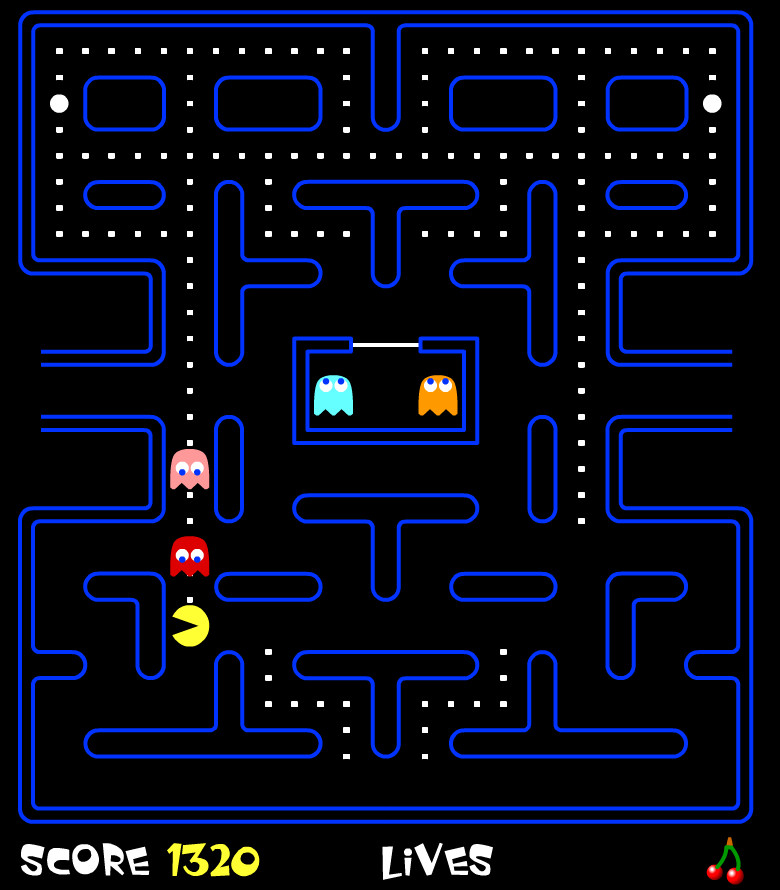 This is a record of my experience and observations as I went along:

After playing Pacman for a while and getting to a point that I thought gave me an insight as to its nature, I then read Patricia Greenfield’s chapter on “Video Games” as suggested (Greenfield, 1984). What struck me right away was the description of the various sophisticated constraints and induced Pacman and ghost behaviour I had not spotted at all. It showed an entire layer of the game was there which I had not realised… a common feature in complex games but it seems also in those that at first sight also seem “simple”.

Greenfield refers to Tom Malone’s work (Malone, 1981) on intrinsic motivation in playing and gaining skills in video games for education. This was a paper I had already found through my early reading for my MSc dissertation. Tom is someone I have worked with on process ontologies (Lee et al, 1998). Malone found that the presence of goals was the “single most important factor” in determining the popularity of games to players. I can relate that to my lack of interest in Pacman, as I had no clear goal, or socially interesting target (see my experience point 10).

Greenfield (1984, Chapter 7, p. 103) points out the nature of games which require the induction of behaviours that are constrained by multiple interacting variables and how dynamic such environments can be. I tend to like to know in advance at least the basics of movement an interaction when I start playing a game or using a virtual worlds environment. I often go to the trouble of looking at the starter guide rather than just diving in. I even will enter, and quickly find a quiet corner away from social interaction for a short period until I can at least do the basics.