This game involves fairly standard NPC interaction and enemy shooter style game in the initial stages, switching then to spaceship combat style interludes. The initial mission given is to beam across to another starship, the U.S.S. Khitomer, which is under attack by the Borg, and to assist it’s crew. 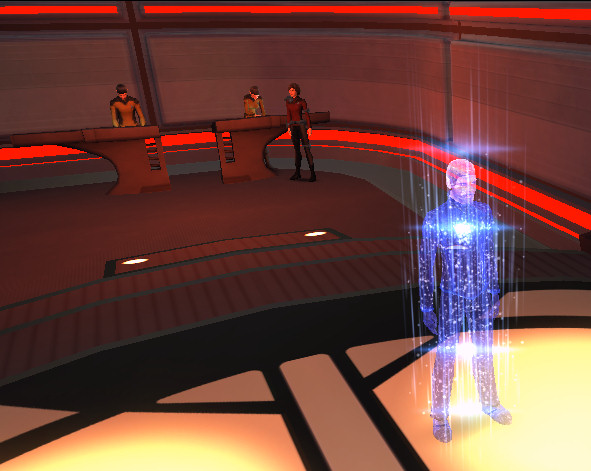 The intial challenge is to get spatial awareness of the various parts of the spaceship, and to be able to move rapidly between them. A M(ap) can be called up to assist you in moving between the starship levels, zones and linking corrdiors. I could not find the elevator between levels to reach “level 3” for a while, and that was the time the map came into its own. NPCs give mission instructions, ask for information you have collected, and some can give guidance to new players. Injured crew men shouting out for help, some of whom realy need it immediately, gives a sense of realism for triage and mission focus, and trade offs. 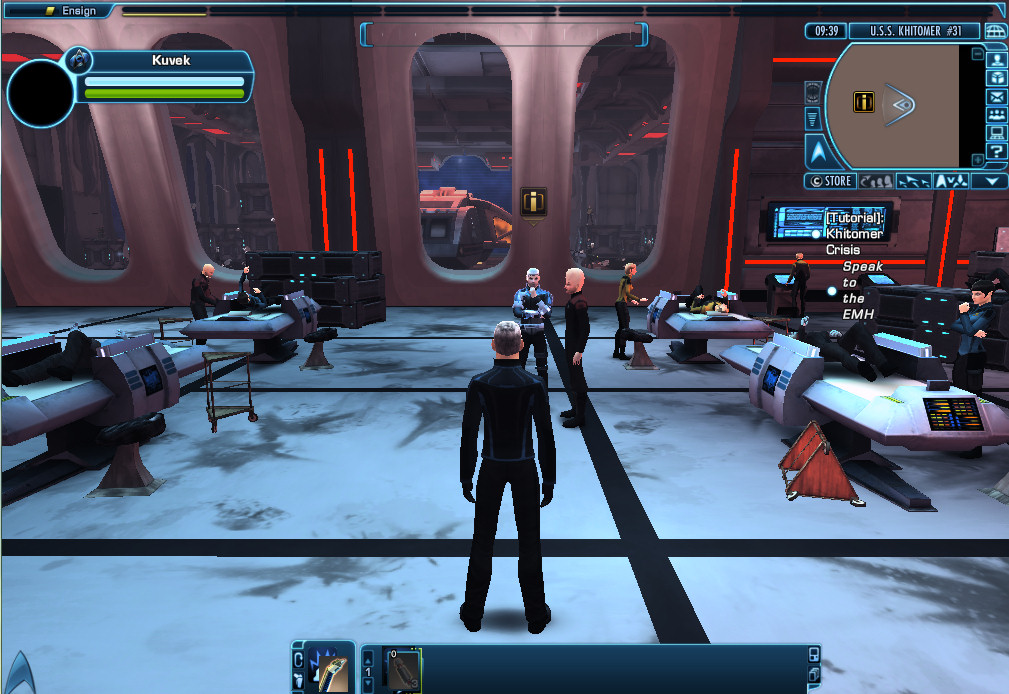 The crew of the U.S.S. Khitomer are grateful for my assistance, and let me choose a crew member to return with me to my own star ship, which itself is now under attack. I choose a tactical officer to assist since my own scialism is science offficer. When I beam back on board all hell has broken loose, and I am now acting captain of a starship – the U.S.S. Rex – and a crippled starship at that. And that after just a couple of hours! 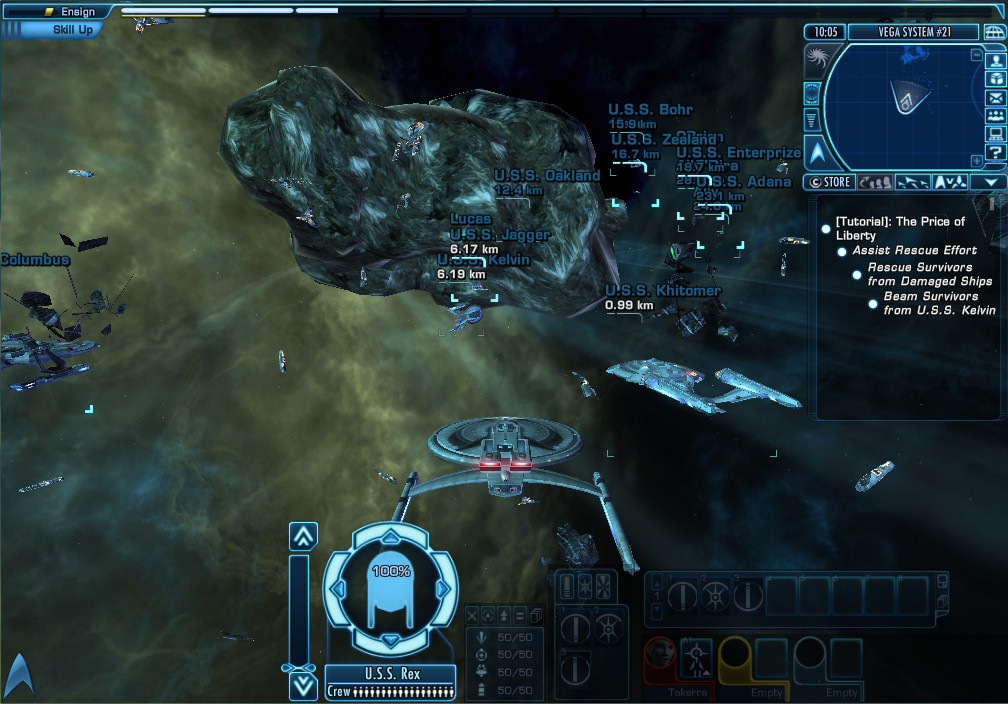 Walk throughs are available to assist where needed at http://www.stowiki.org/Mission:_Khitomer_Crisis or http://forums.startrekonline.com/showthread.php?t=150676. I found these after playing the level. But it could have been helpful had I not known how to use the map or understand how to eventually find that rather difficult to get to level 3 elevator.

A review of his own Star Trek Online Experience and his observations on playing the game by David Seah is available at http://davidseah.com/blog/2010/06/the-star-trek-online-experience/