Mindark’s Entropia Universe is a space-themed MMORPG in which a player is transported to Planet Calypso by a shuttle, given a basis settlers suit and not much else. A lot has to be learned in terms of skills, trade and geography to get by, and teaming with other players is a must to survive. The game forces strategic thinking and planning at short and long time ranges, how to gain skills, and manage resources, carryig weight, etc. It makes you look at risks and analyse approaches, thinking of cover, “double bite” attacks, etc.

Off world experiences are possible if you become sufficiently skilled, earn enough money (PEDs) or gain a reputation that means spacecraft captains and teams want you to join them. 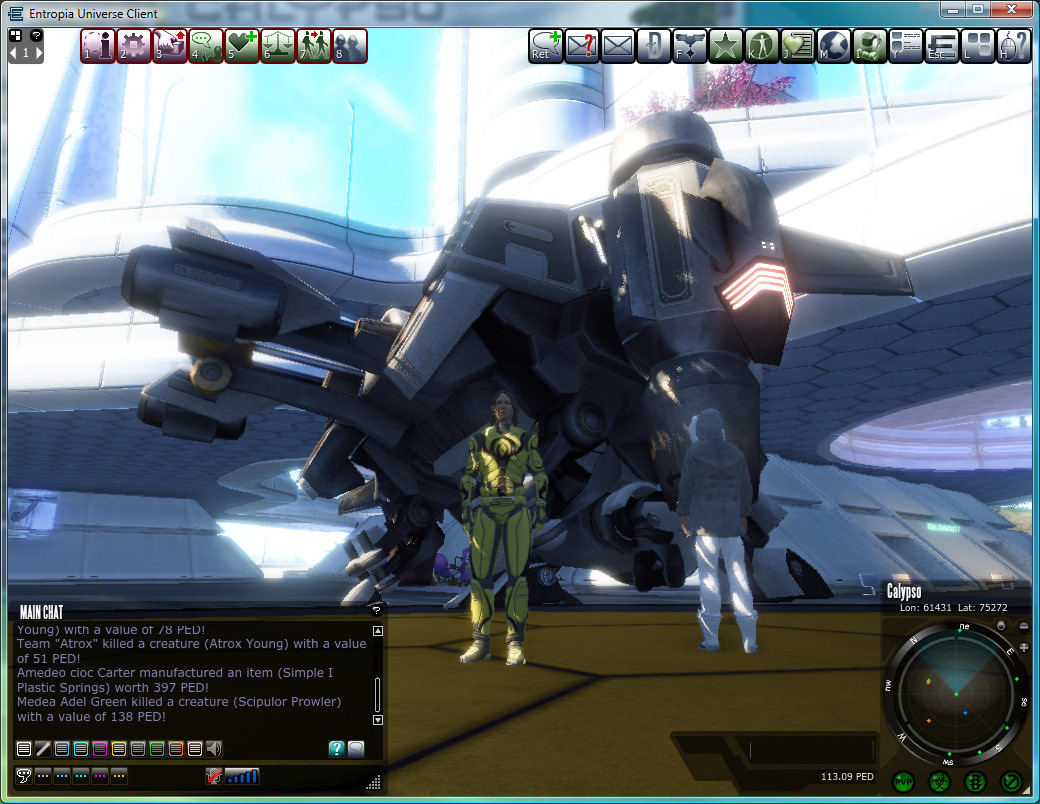 A simple example of the progression is when hunting and gaining funds by taking “loot” from the “mobs”. At an early stage, low level mobs can be overcome with your own limited skills, weapons and low level protective clothing… 1-1: 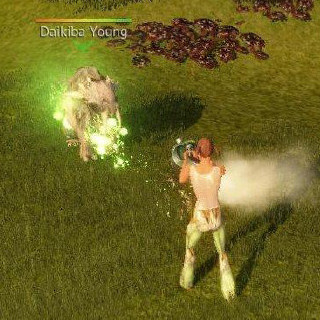 Larger animals need a team of players, either gathering in an ad hoc fashion as they see a melee taking place, or organised… N-1: 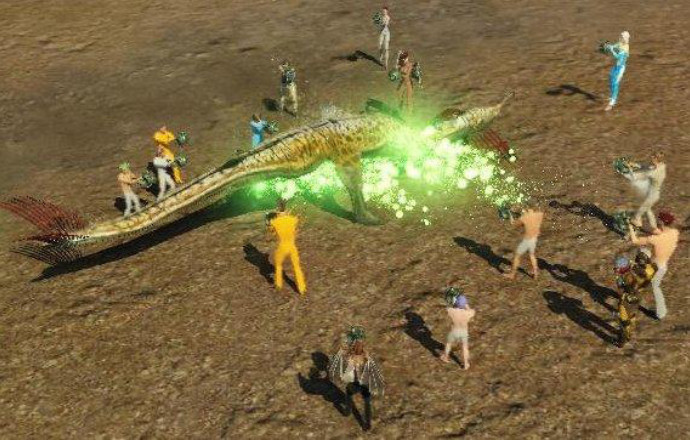 But in most areas, several mobs gather and can attack a single player, even a player just seeking to cross some territory to reach a destination. Now hunting parties must be formed and organised to tackle the significant challenges involved. Entire “Rescue Teams” have been formed to assist players who get stuck in stuck situations… N-M: 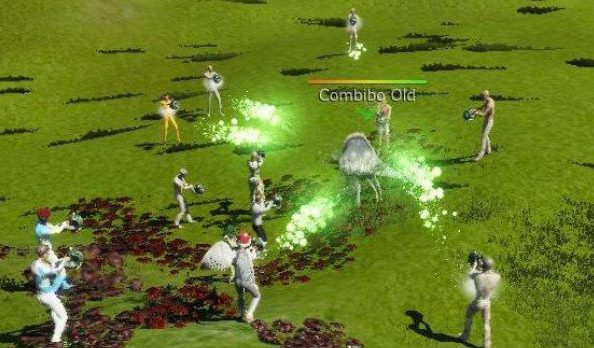 More information is available via this Project Entropia walkthrough for new players.