The Fellowship of mages, human hunters and dwarves who are the IDGBLers met near Northshire Abbey on 13th March 2012 and formed a “party” under the leadership of Coranich. Two in the party had paid-for WoW accounts, the others used “free to play to level 20” accounts. 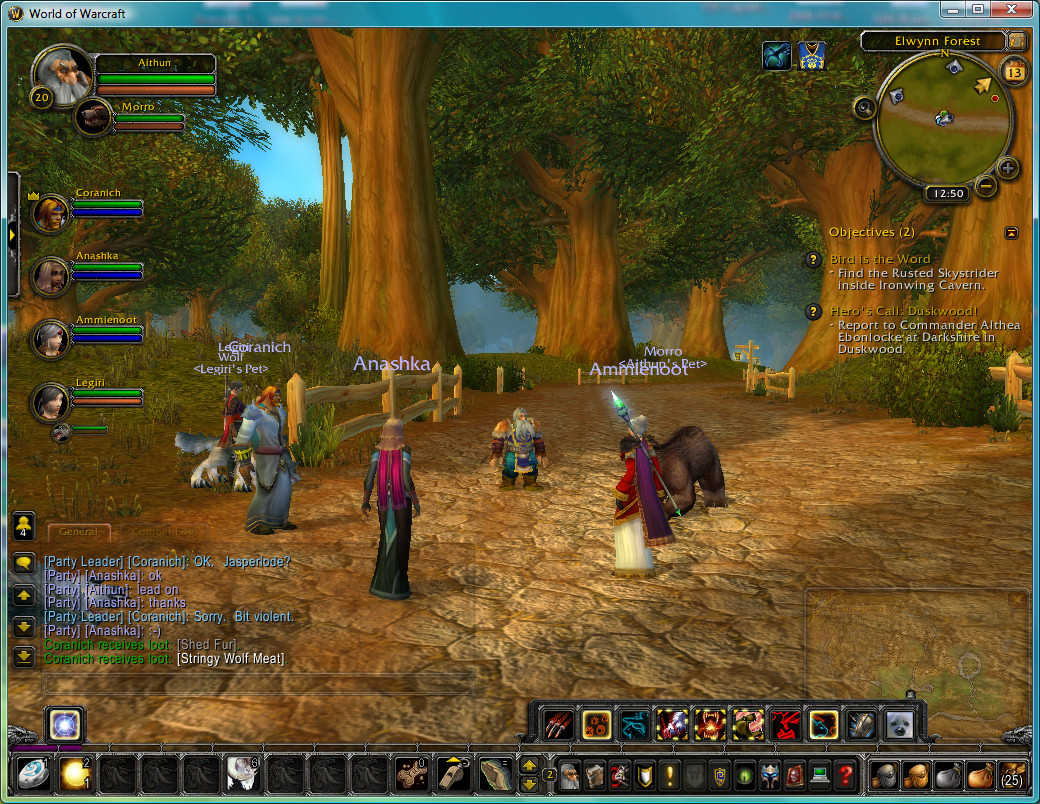 The party learned how to use their “Hearthstone” to set a home Inn location to allow for quick return. They then combined to assist Annaska in a quest in Jasperlode Mine, which has many Orcs and is tough for a level 10 player on their own. Its probably one of the first experiences as being a member of a party for many of us. Hence we were a bit disorganised and kept getting too far apart to give good protection to one another. Legiri got killed by Orcs as a result but resurrected and returned without too much harm done. We should also have been more careful to let the quest player attack the main “boss” in the mine. However, all players sensibly handled the “loot” shareout and Annaska did get the quest item she needed from the dead boss.

The party then used a magic portal conjured up by Ammienoot to be transported to the Mage zone in Stormwind City. From there we travelled to the Dwarven Zone in the City… encountering some experiences along the way, including handling a rescue of one of us from the canals. At the Dwarven Zone, we were shown the Deeprun Tram, which is an ancient artifact which connects the Alliance human and dwarf cities of Stormwind City and Ironforge in the dwarf home land of Dun Morogh.

A number of restrictions on the social elements of the game for free to play accounts were discovered: 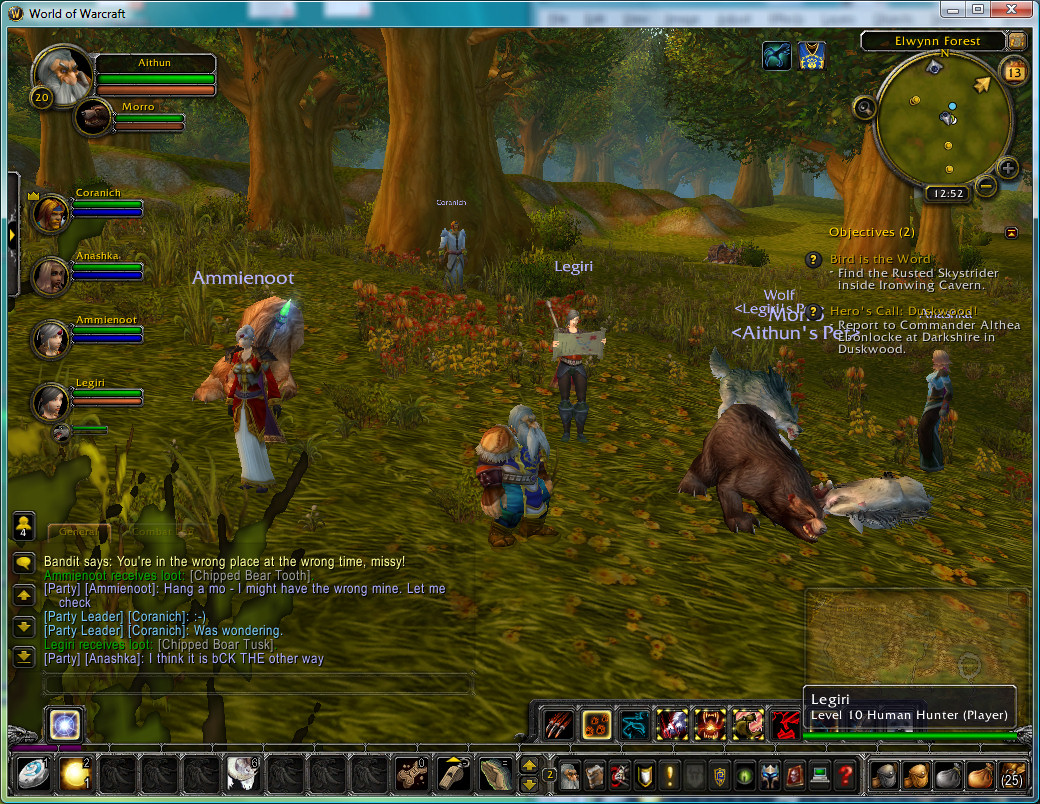 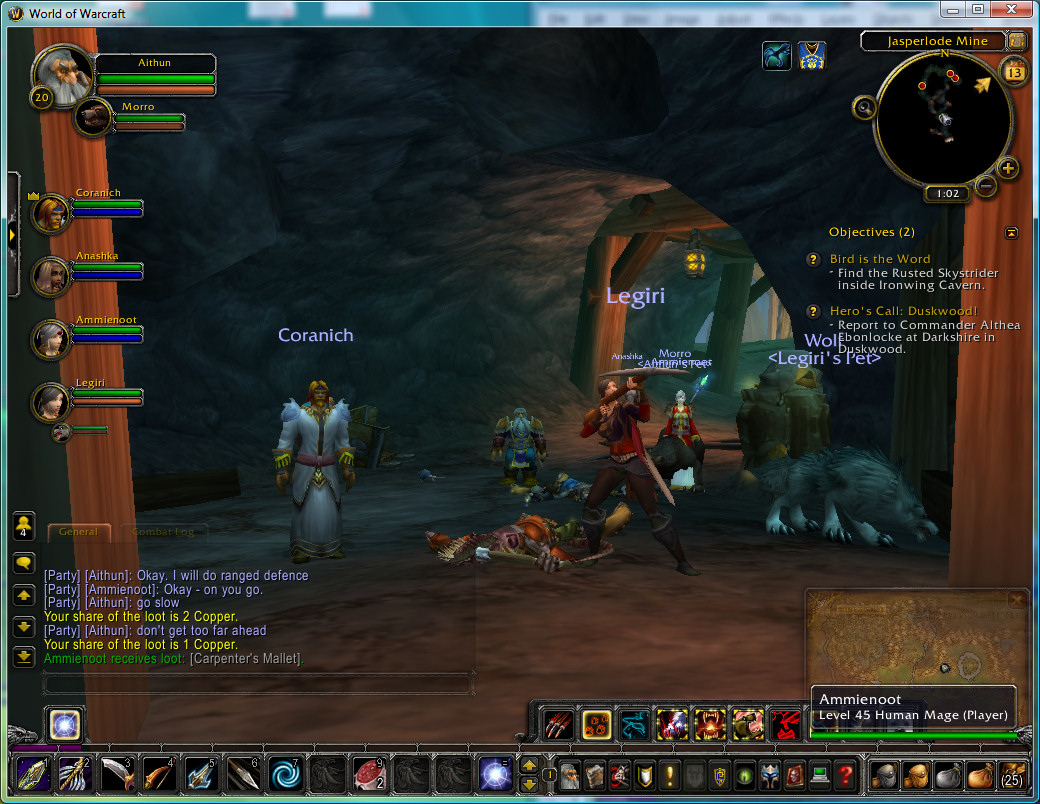 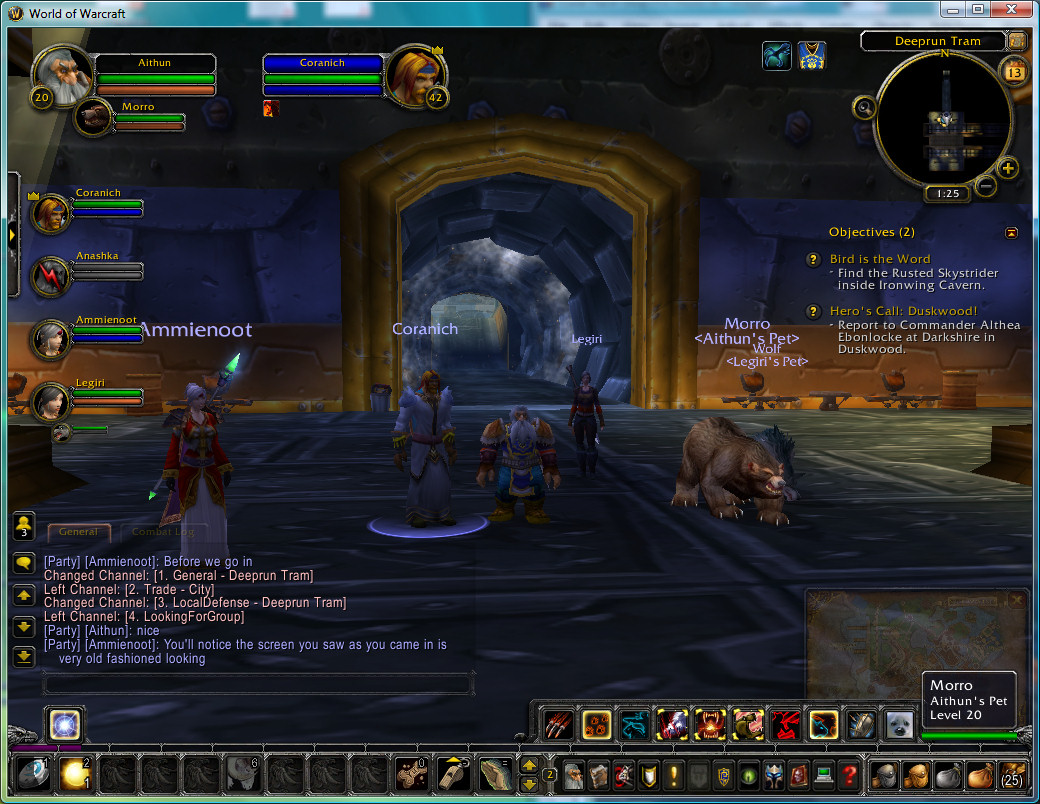 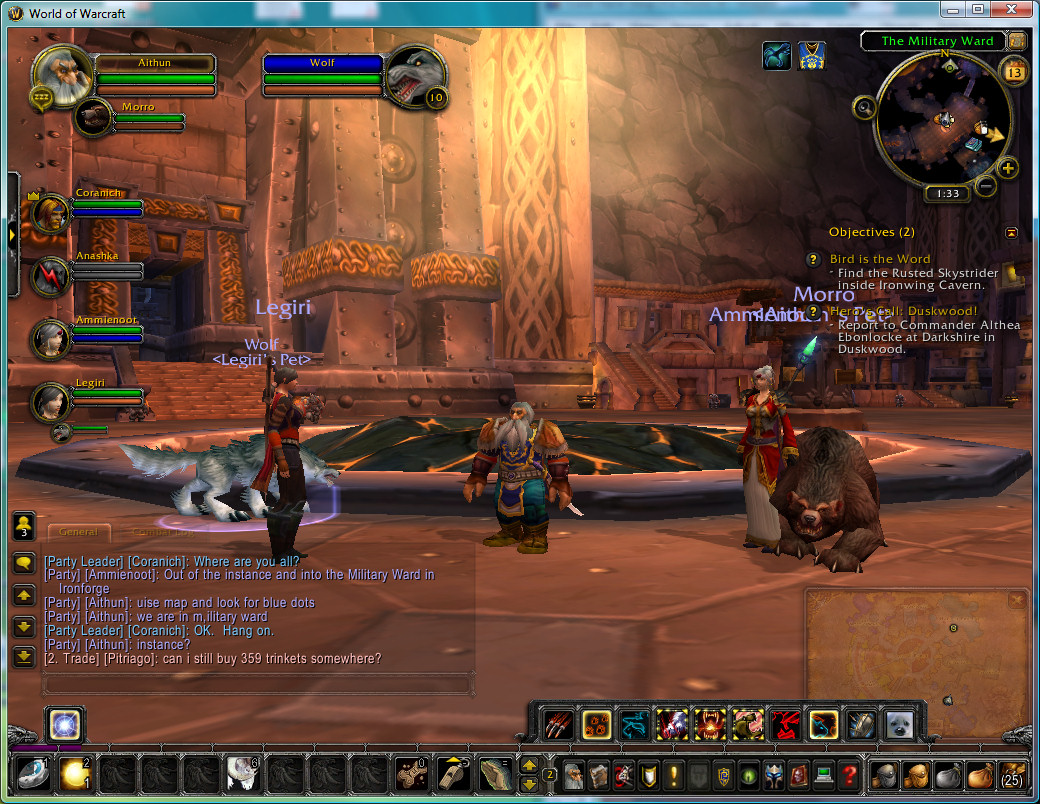