The Fellowship of MSc folks met at the Aerie Peak gryphon point to fight our way North towards Shadowfang Keep. Avoiding death is not an option on this journey, and you quickly become accustomed to making a little progress, dropping dead from the onslaught, appearing as a ghost in the graveyard, returning to your body, and placing yourself as far onwards as possible. Then looking round for the baddies who may show as ghostly figures near you. Then resurrect and run as fast as you can onwards again. It takes a few goes to get through heavily fortified gates. 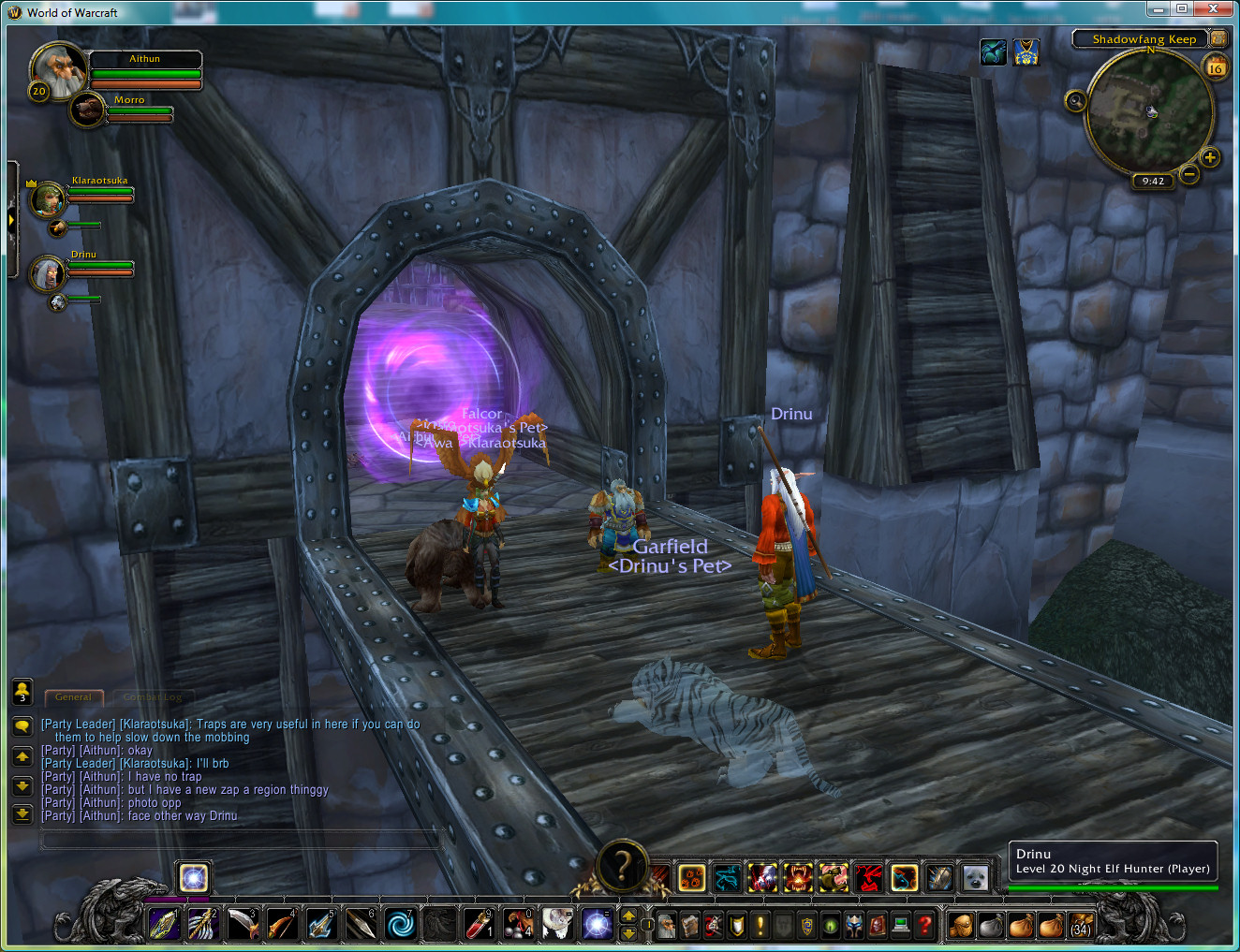 Shadowfang Keep is entered via a portal into an “Instance” of the game. These are special areas in World of Warcraft where your group or raid party is able to interact with a dungeon privately; that is, without interference from other parties. See http://www.wowwiki.com/Instance

I also learned that taking in plenty of food in advance, to sit down(“x” key), and preferable to eat as well, is important to allow a quicker recovery. Free to play accounts cannot receive health boosts or food supplies from other players.

Good team support meant that weakening players, like my dwarf, were assisted when set upon by multiple “mobs”. Carnage did at times occur.

The team prevailed and completed the quest. We all now have stronger bows thanks to the rewards given by the grateful occupants of the Keep. 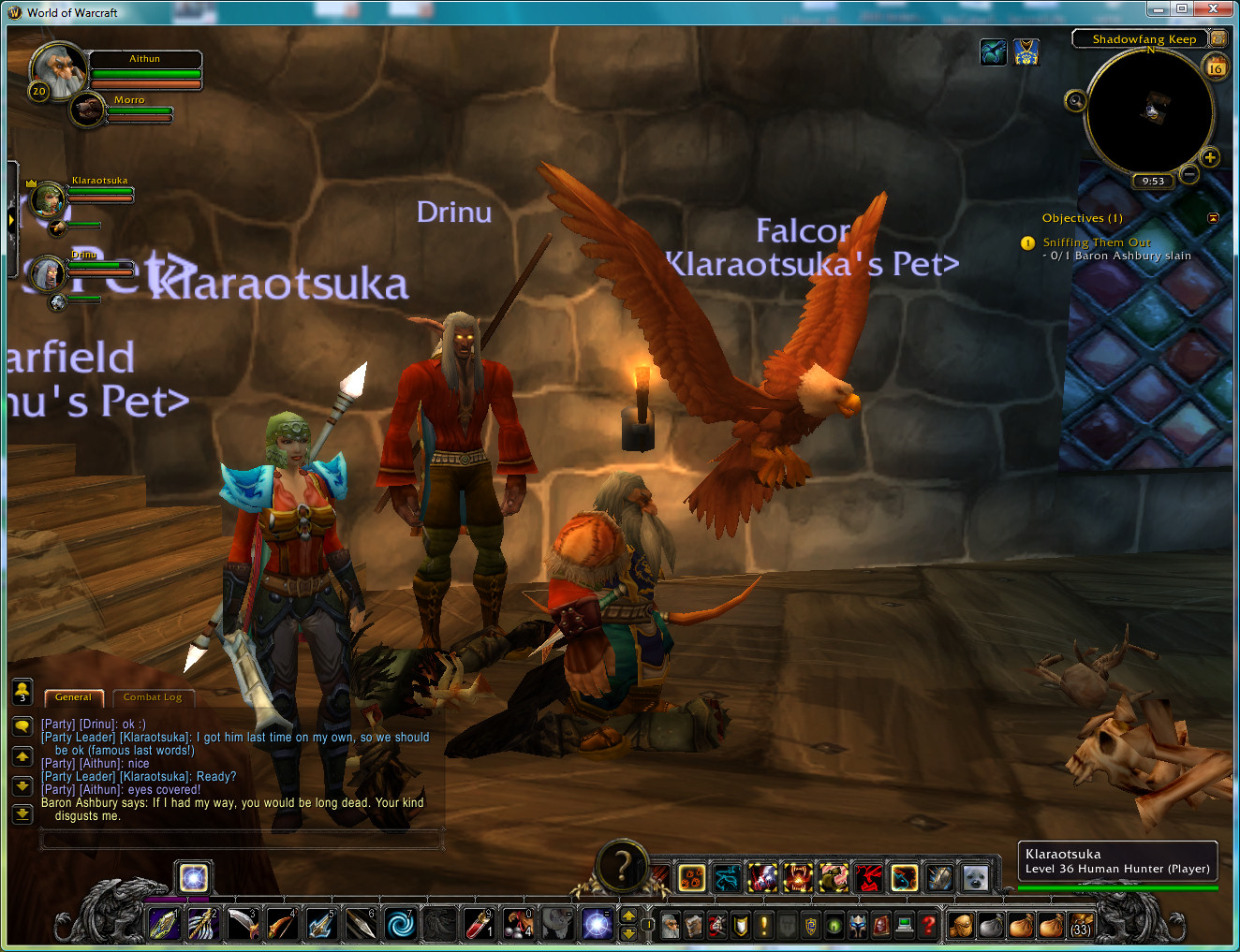 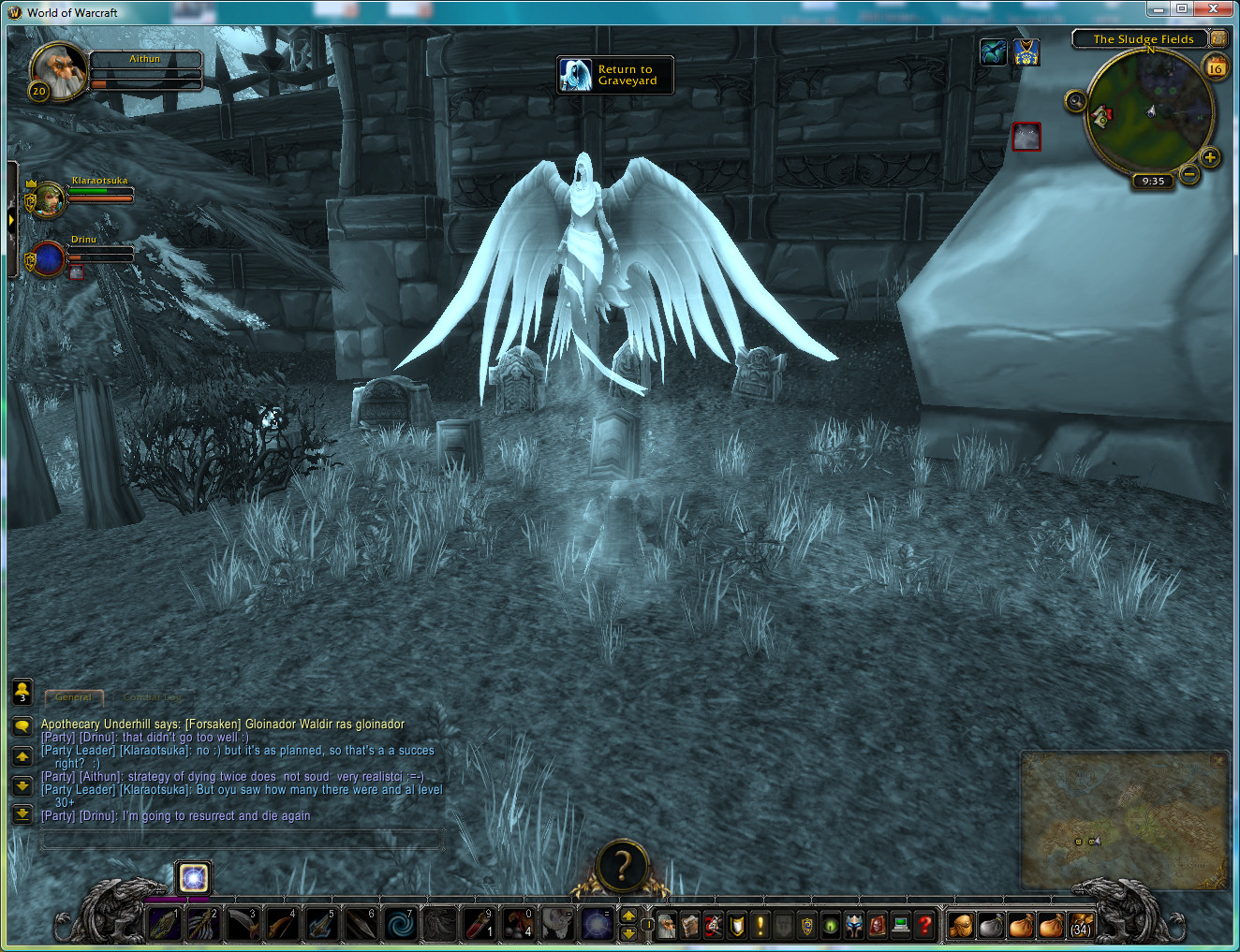 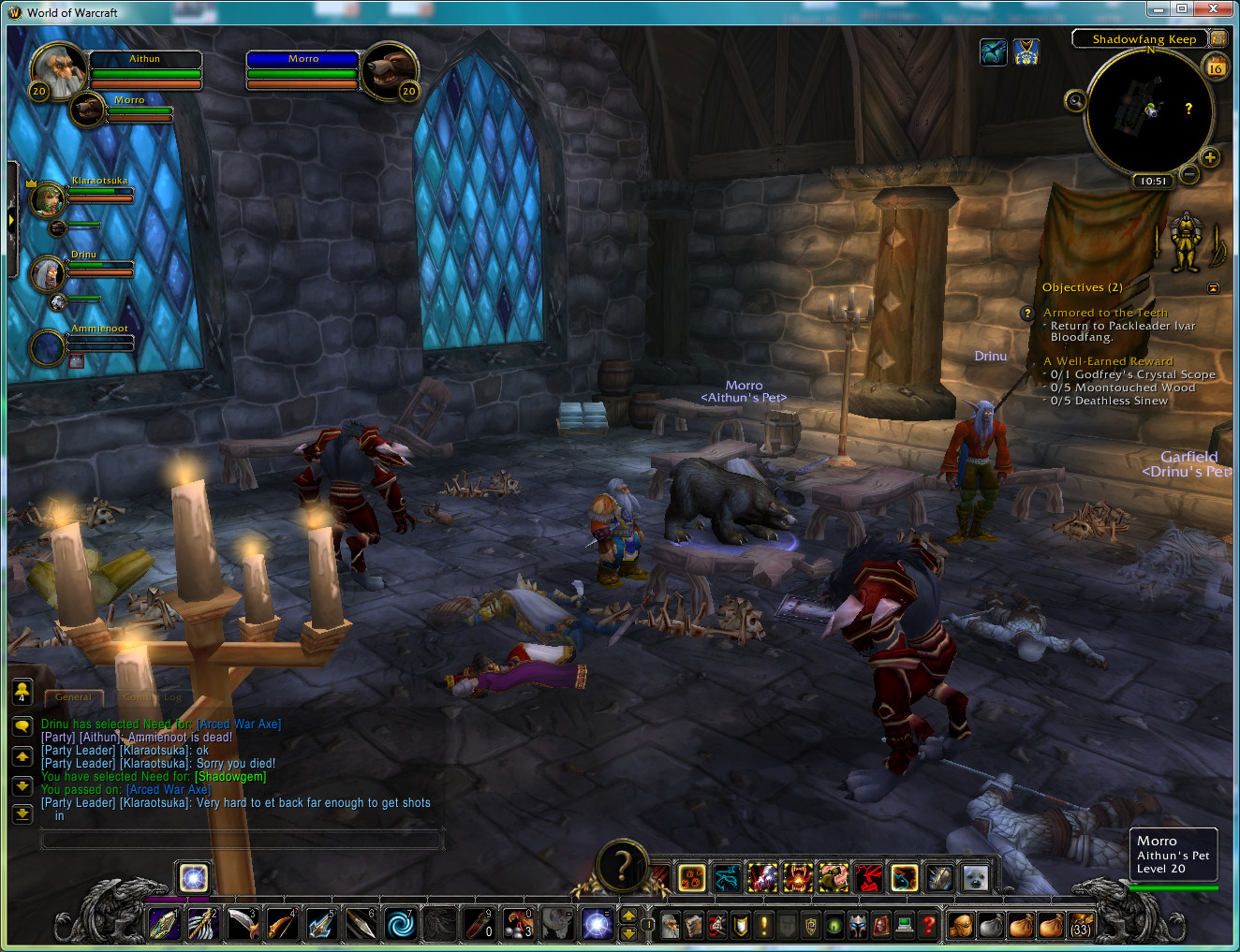 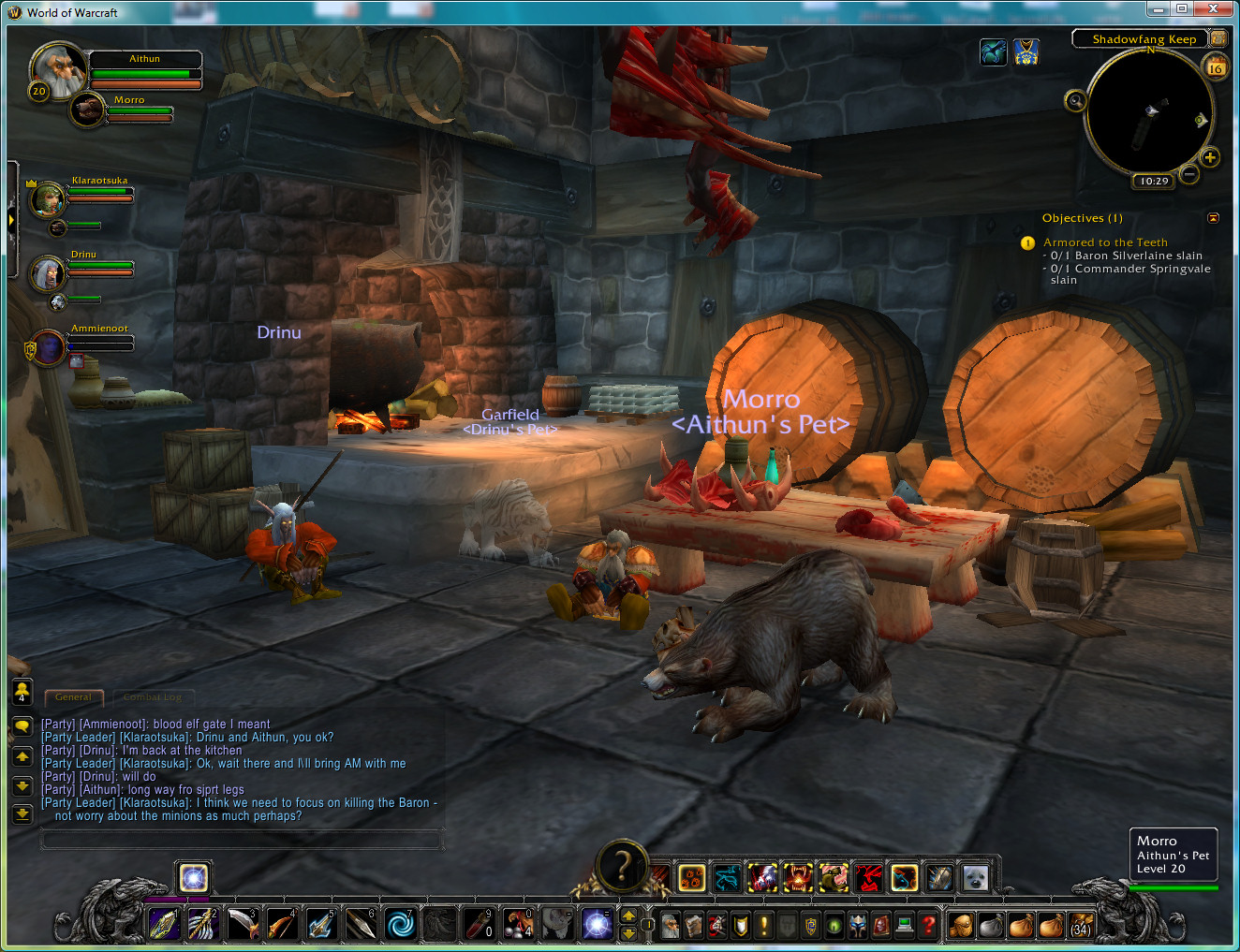