Today I visited with Colin Hetherington and Jo-Anne McCafferty* (Learning Enhancement Coordinator and Distance Learning Lead Lecturer) of the Oil and Gas Centre at Robert Gordon University (RGU) in Aberdeen, Scotland to see their RGU Islands OpenSimulator grid. We visited an off-shore oil rig being used for training and simulations. 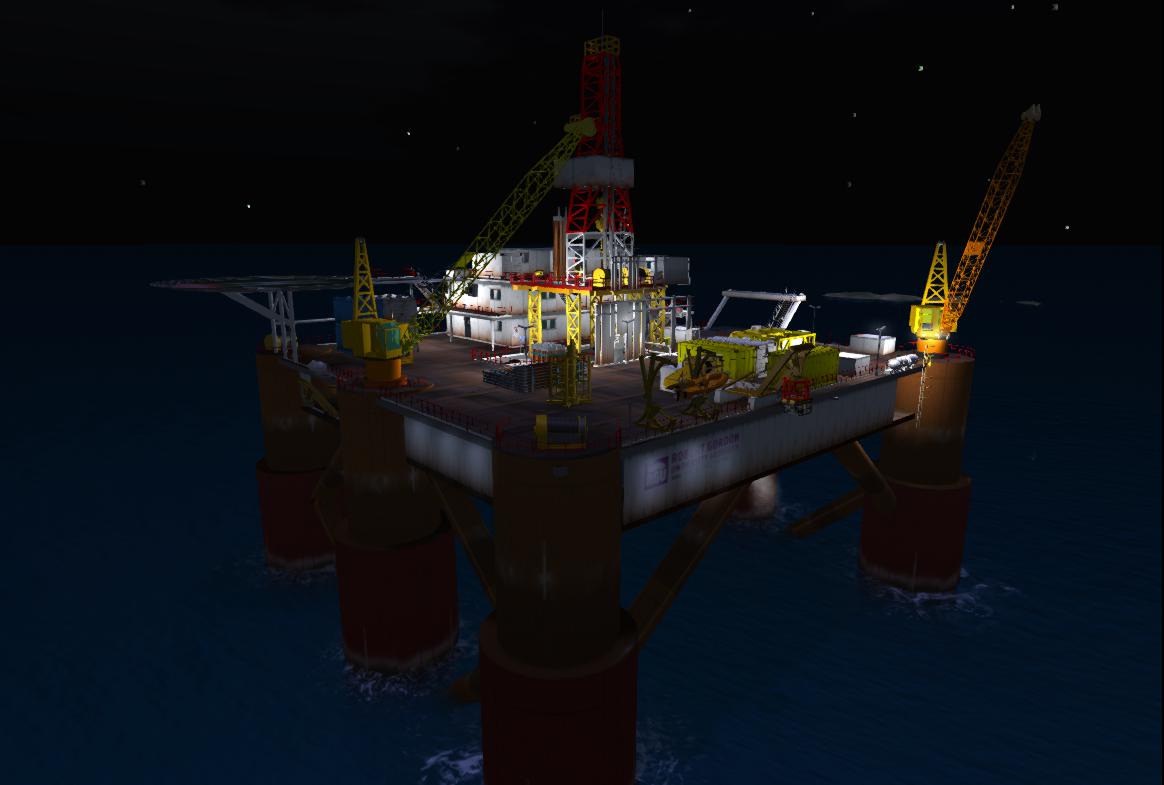 Much of the build is mesh from 3d Studio Max, including much of the lower deck machinery and sea bed, all realistically modelled at full scale. 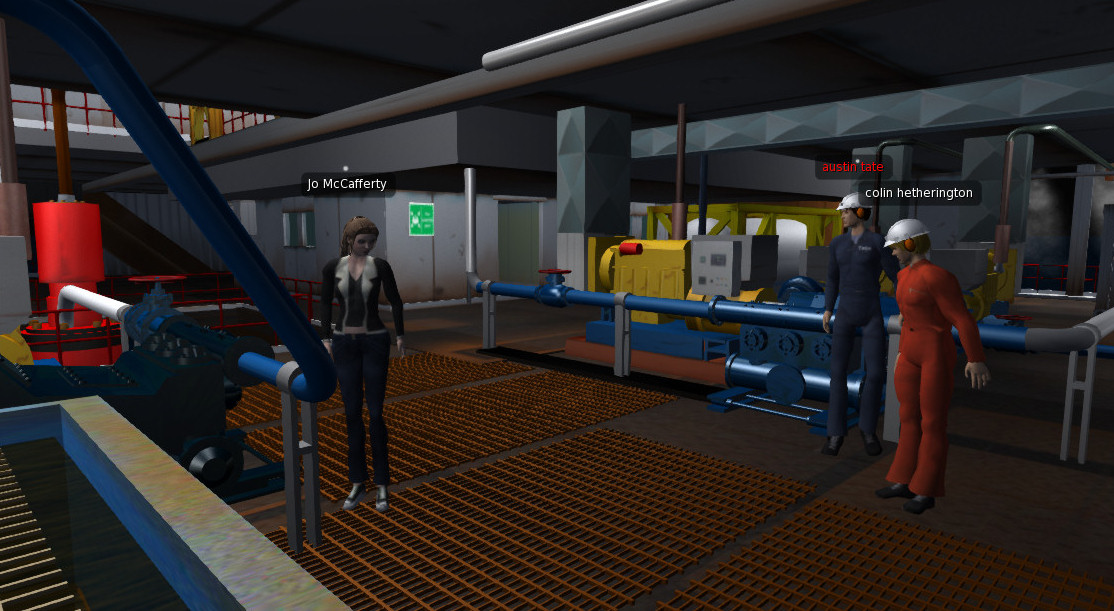 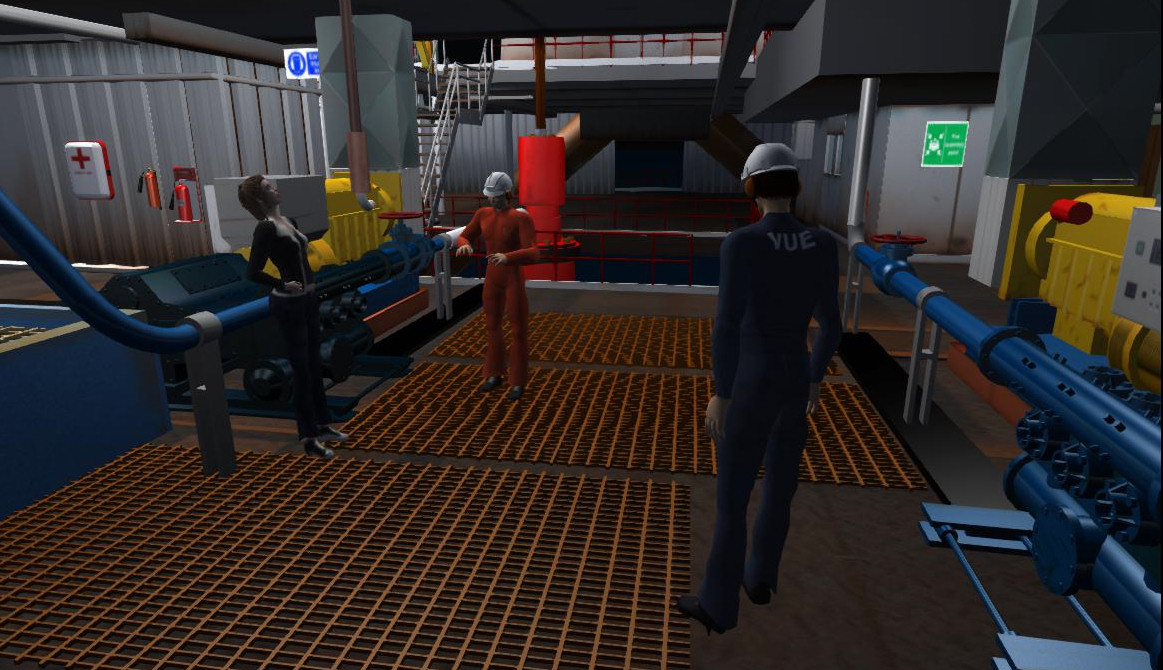 In later tests on 31-May-2013 between Austin Tate and Colin Hetherington, a copy of the RGU Oil & Gas Centre Oil Rig was transferred via an OpenSim Archive (OAR) file and mounted on a “Sim-on-a-Stick” standalone OpenSim server in AIAI in Edinburgh for a visit. The image below is of an OpenSim NPC acting as an animated crane driver on the rig. 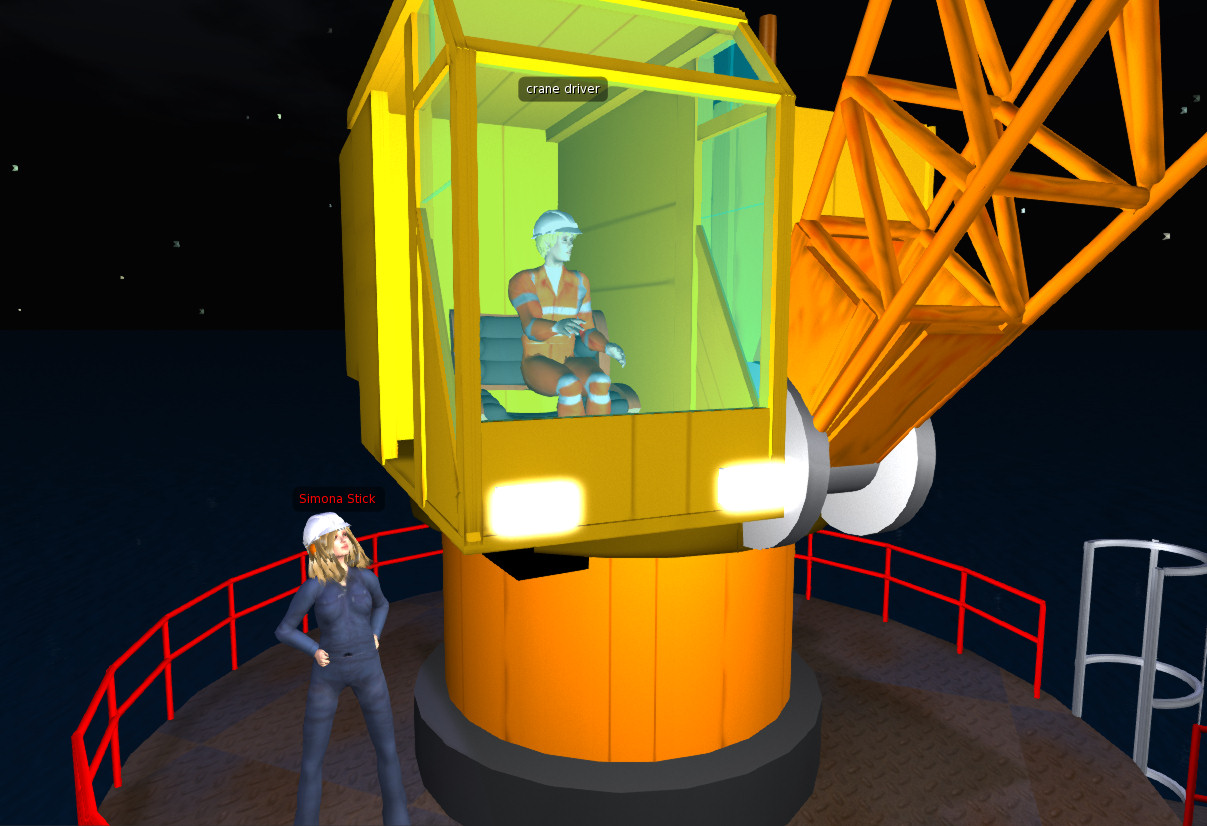 Images below are of the RGU oil rig deck, protective clothing and a sea bed blow out preventer with inspection being carried out by a remote operated vehicle (ROV). 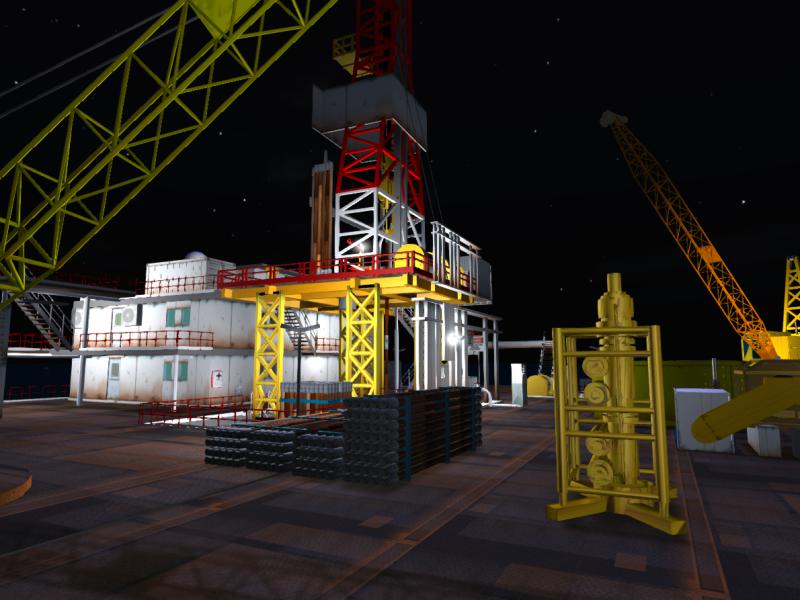 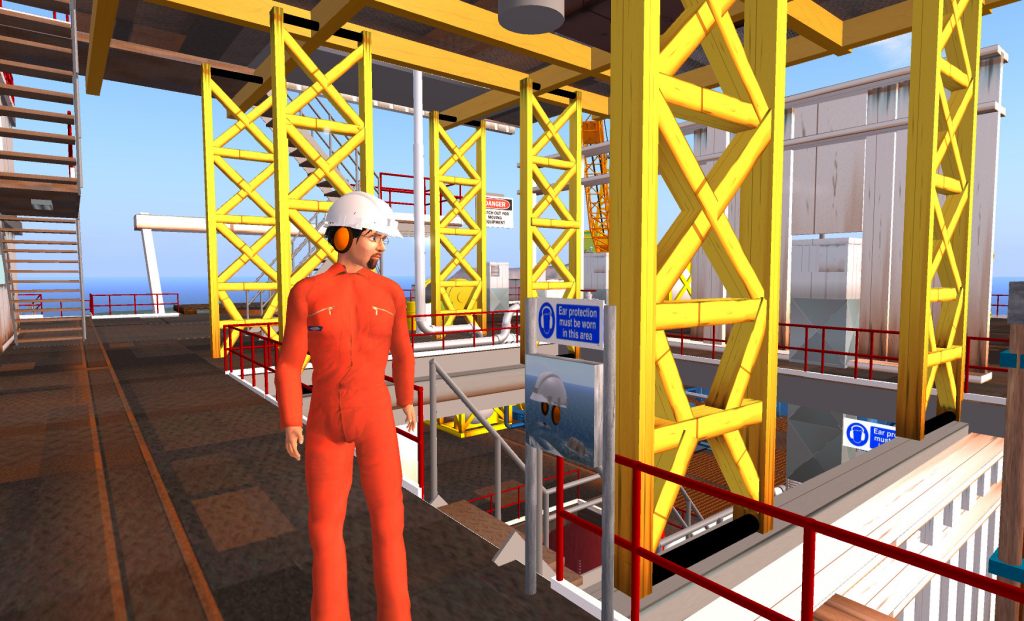 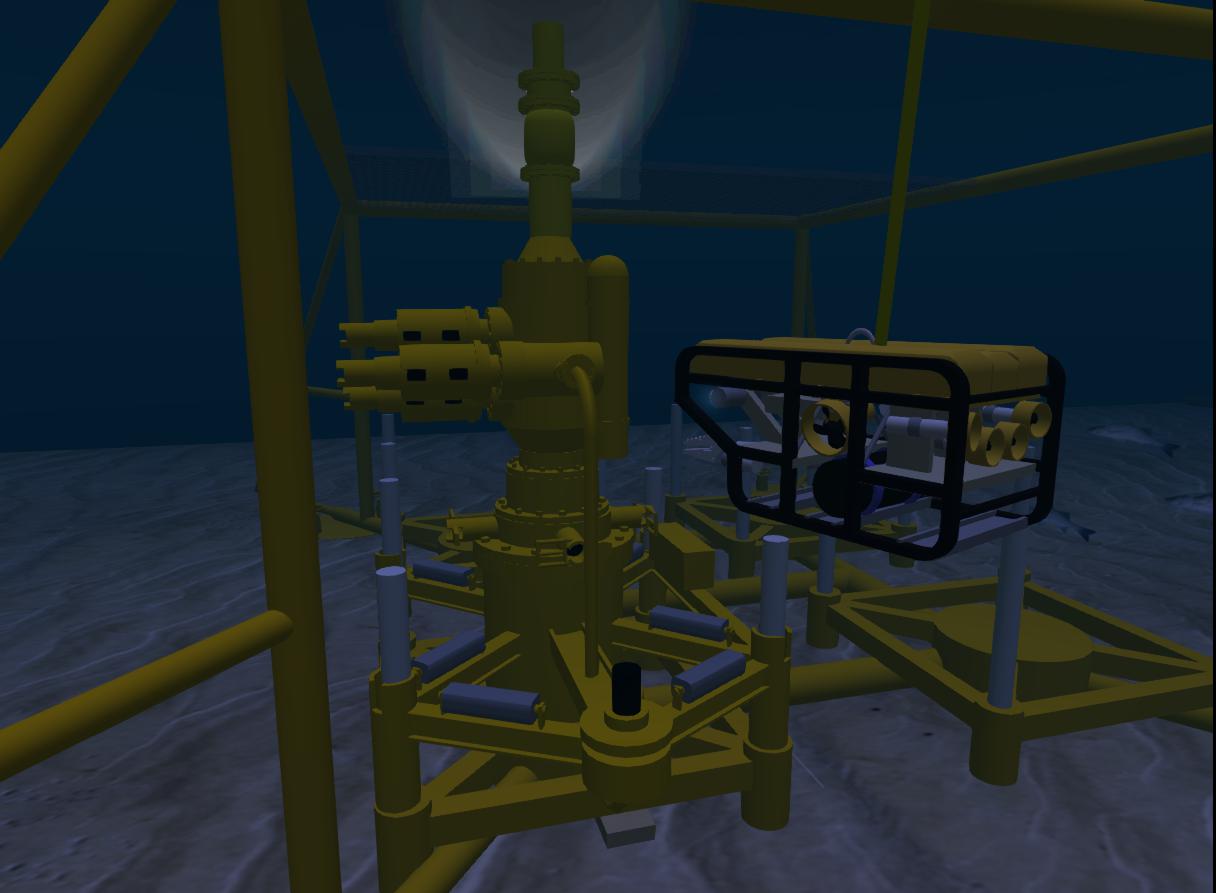 Further images of the RGU Oil Rig at sunrise and at sunset, and the underwater Remote Operated Vehicle (ROV) near the Blow Out Preventer are shown here: 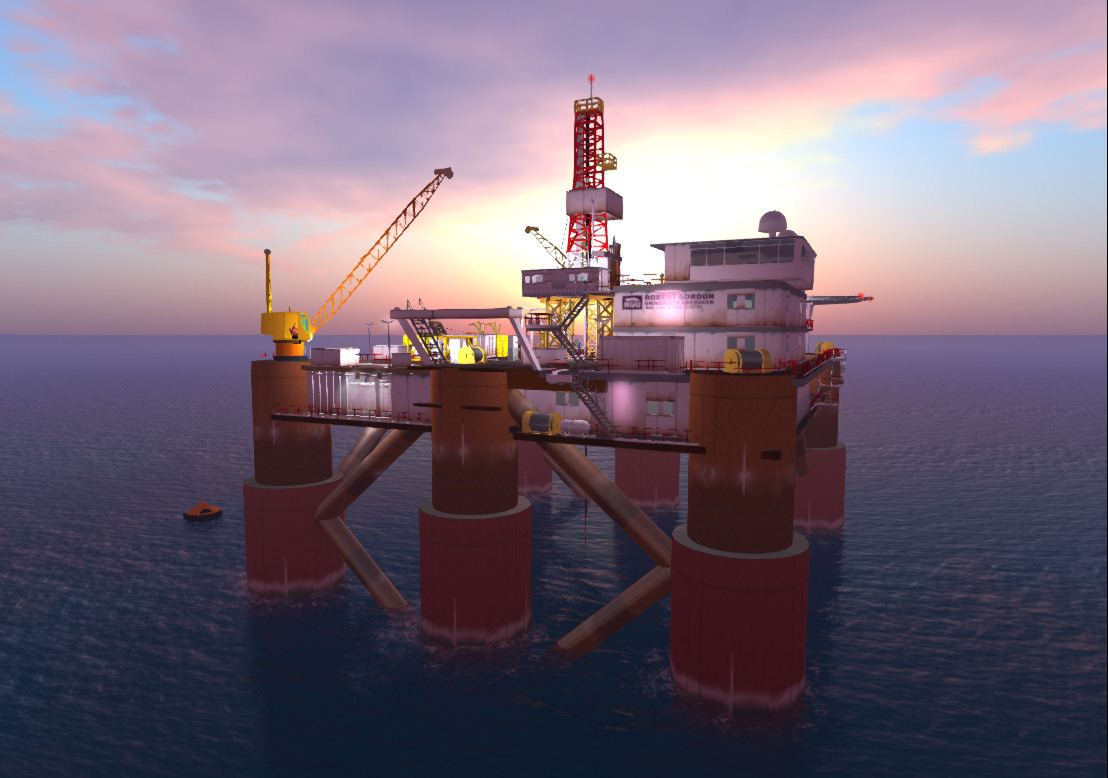 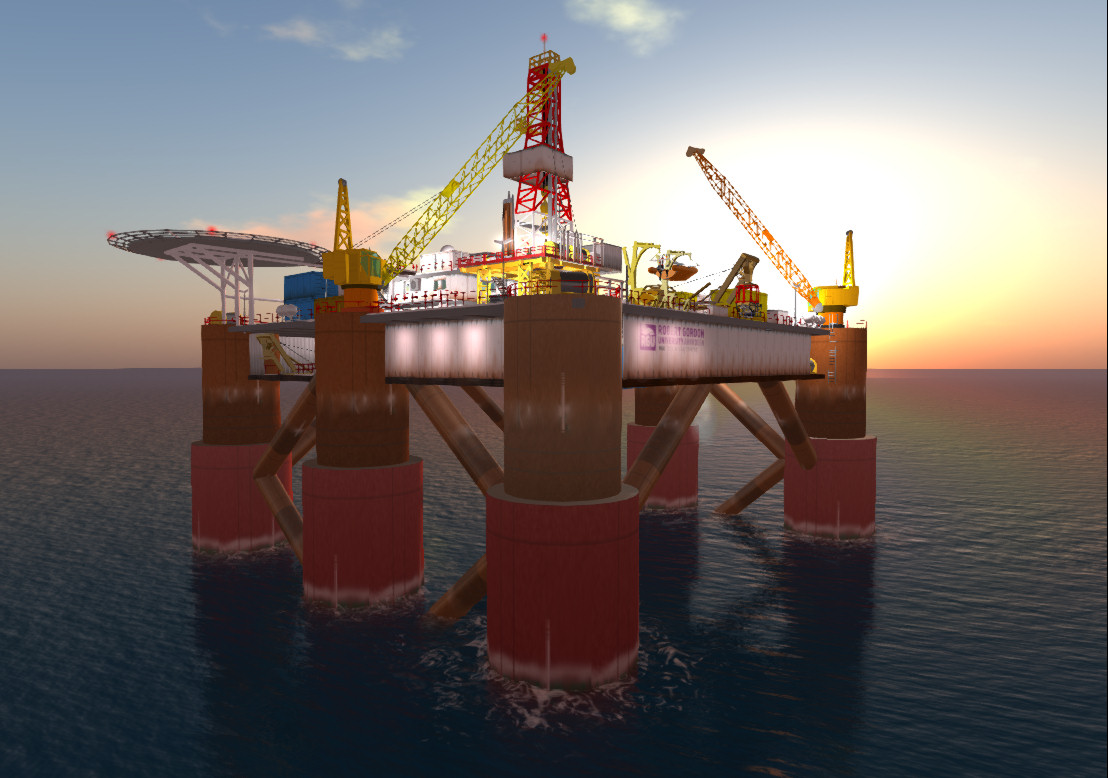 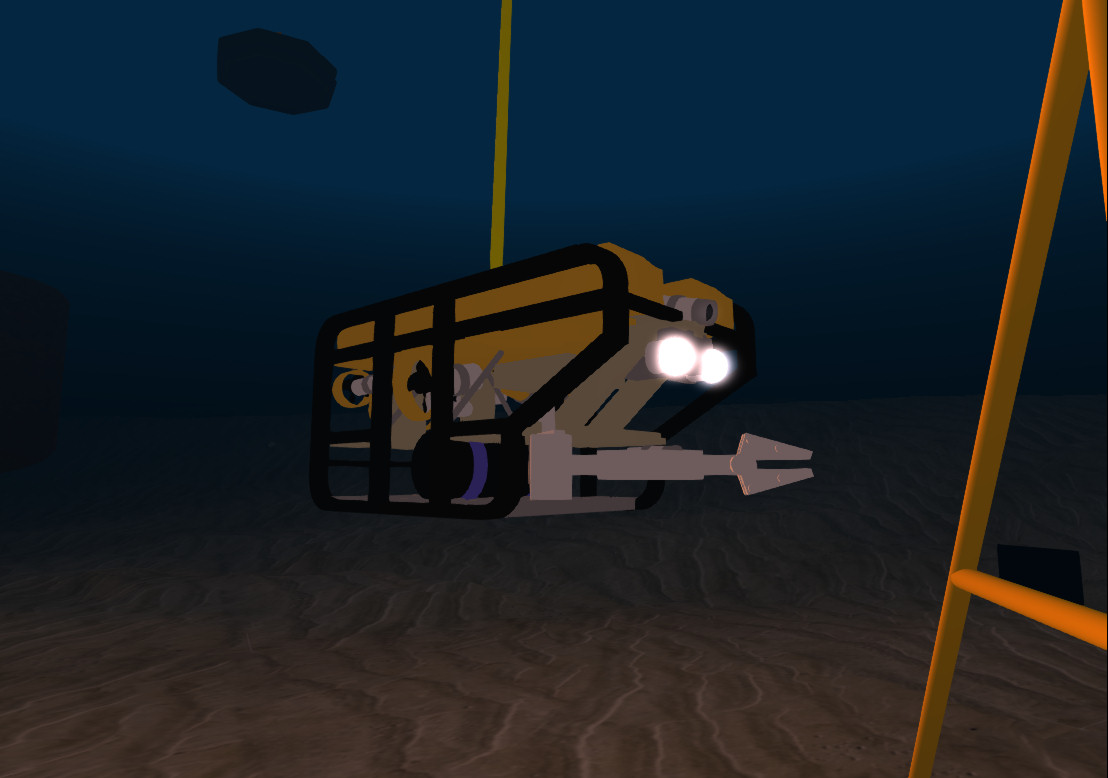 The Robert Gordon University Oil and Gas Centre Oil Rig mesh-rich demonstration OpenSim Archive (OAR) by Colin Hetherington has been mounted on a region on OSGrid provided on Vue (the Virtual University of Edinburgh) servers … and an image is one of the splash screens that show on the OSGrid web site and on the viewer log in page.