After some weeks of preparation and testing on an experimental server, a new core services server has been installed for the Open Virtual University of Edinburgh (Openvue) OpenSimulator grid run by Austin Tate in AIAI (Avatar: Ai Austin), in the School of Informatics as an experimental facility for the Virtual University of Edinburgh and it’s collaborators. Other Openvue facilities have been reconfigured to use this. 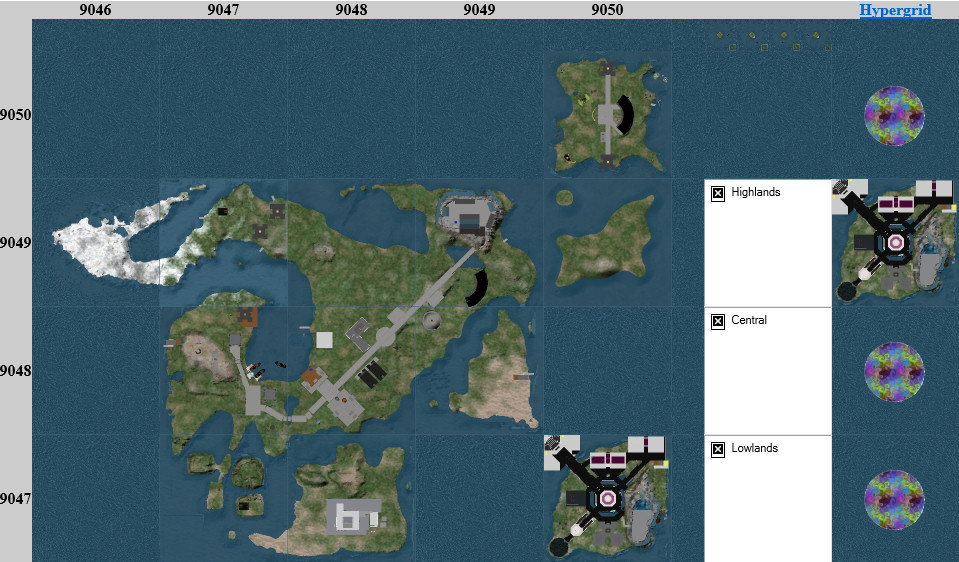 Above is a snapshot of the live served map tiles (using Warp3D rendering). The current live served map is always available at http://vue.ed.ac.uk/openvue/. The white regions shown on the map are not yet running, but will be hosted on separate servers which allow for temporary and experimental additions to the core regions. The column on the right shows some of the OSGrid Hypergrid reachable Vue regions.

The destination screen is served to the viewer from http://virtual.aiai.ed.ac.uk:8002/resources/guide.html.

The new core server is as follows:

On this server, the MySQL 5.6.11 Community Edition data base is in place alongside the core OpenSimulator Robust.exe services and a couple of core regions on an OpenSim.exe instance.

A number of core Vue regions essentially similar to the original Second Life Vue setup are run on virtual3 which is a Dell 390 Workstation with a quad core xeon processor and 8GB of memory. Virtual2 is a Dell 390 Workstation with Intel Core 2 processor and 4GB of memory which provides some empty regions (sea regions which are navigable by vehicles and avatars and allow for distant scenery items) to improve connectivity in the new setup.

Virtual4 is a Dell 390 Workstation with Intel Core 2 processor and 4GB of memory and provides the Vue add-on regions connected to OSGrid – currently Vue-3200, Vue-6400, Edinburgh (hosting the Fish4Knowledge and Hedlamp project pavilions and meeting spaces) and the OpenVCE region (a replica of the MOSES OpenVCE area).

An Apple Macintosh OSX Pro Server with a quad core xeon processor and 8GB of memory acts as the main media server for Vue assets for Vue in Second Life and Openvue in OpenSimulator. It provides a QuickTime Streaming Service (QTSS) for media files and also a synchronised real rime steaming (.rsp) capability for live events announced and fed from a range of authorised computers and laptops and when synchronised viewing by students and meeting attendees is required.

Vivox kindly provide occasional use voice services to Openvue through their support to the OpenSimulator open source community and small non-commercial grids. A FreeSwitch open source voice server is also available on one of our hosts as a backup. 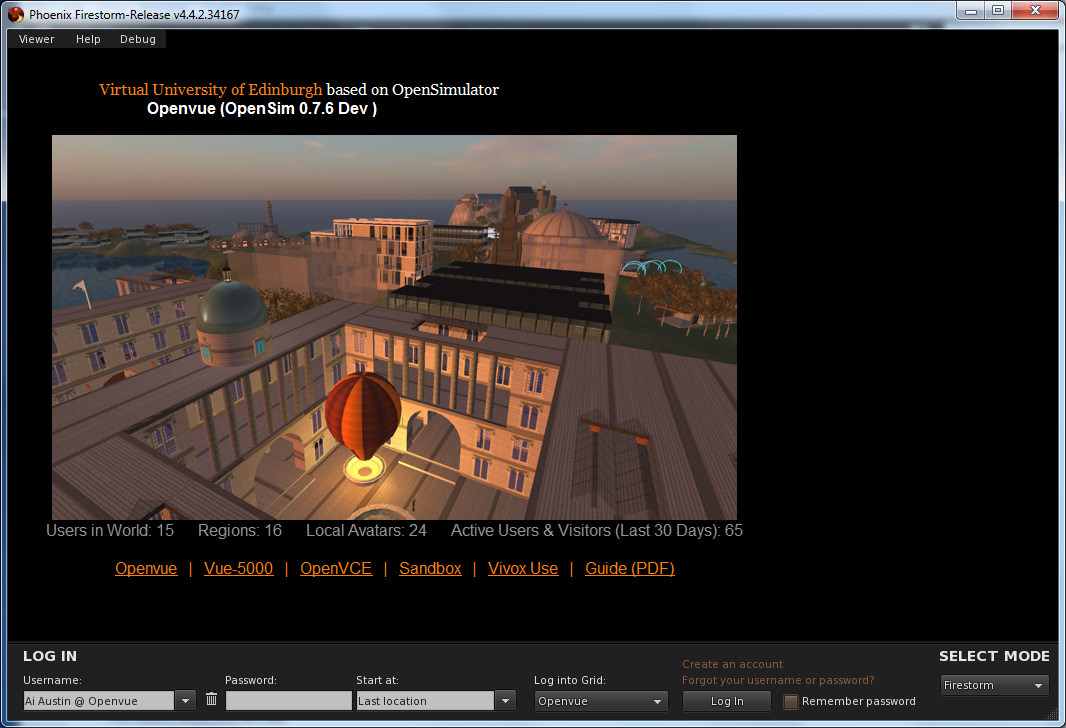