The second day of the first OpenSimulator Community Conference began with a keynote panel on innovative applications of OpenSimulator run in the four sim keynote conferencing area, with audio from the panels fed into the audio stream of the in-world area, in world text chat, and simultaneous video/audio steaming and recording via UStream.

My own talk on “Activity in Context” followed in Breakout Zone 5, the Research Track breakout area. 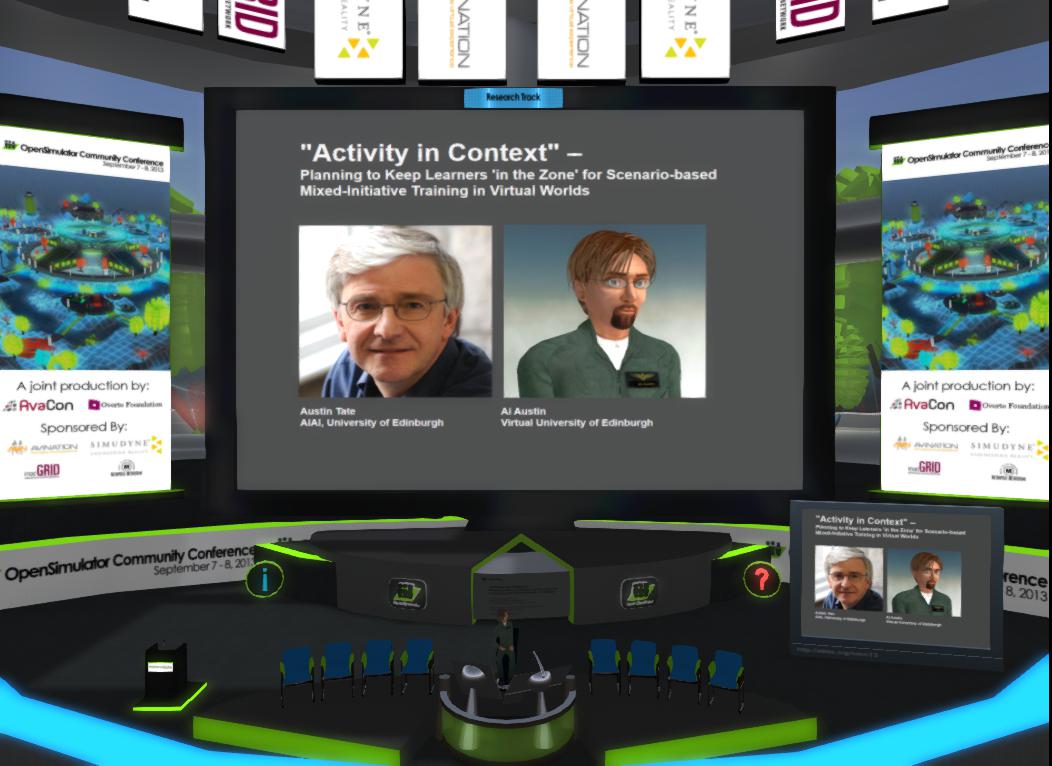 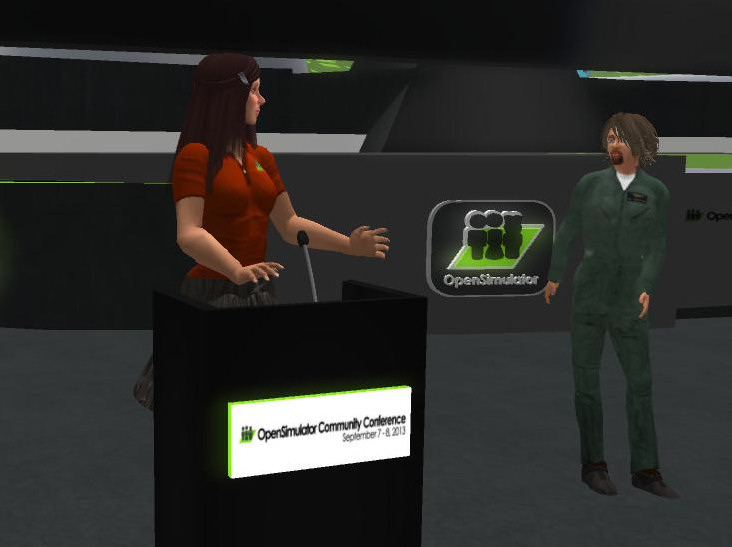 Later in the day, the Stockholm School of Economics presented some of their work interviewing entrepreneurs and open source developers about the OpenSim Community. 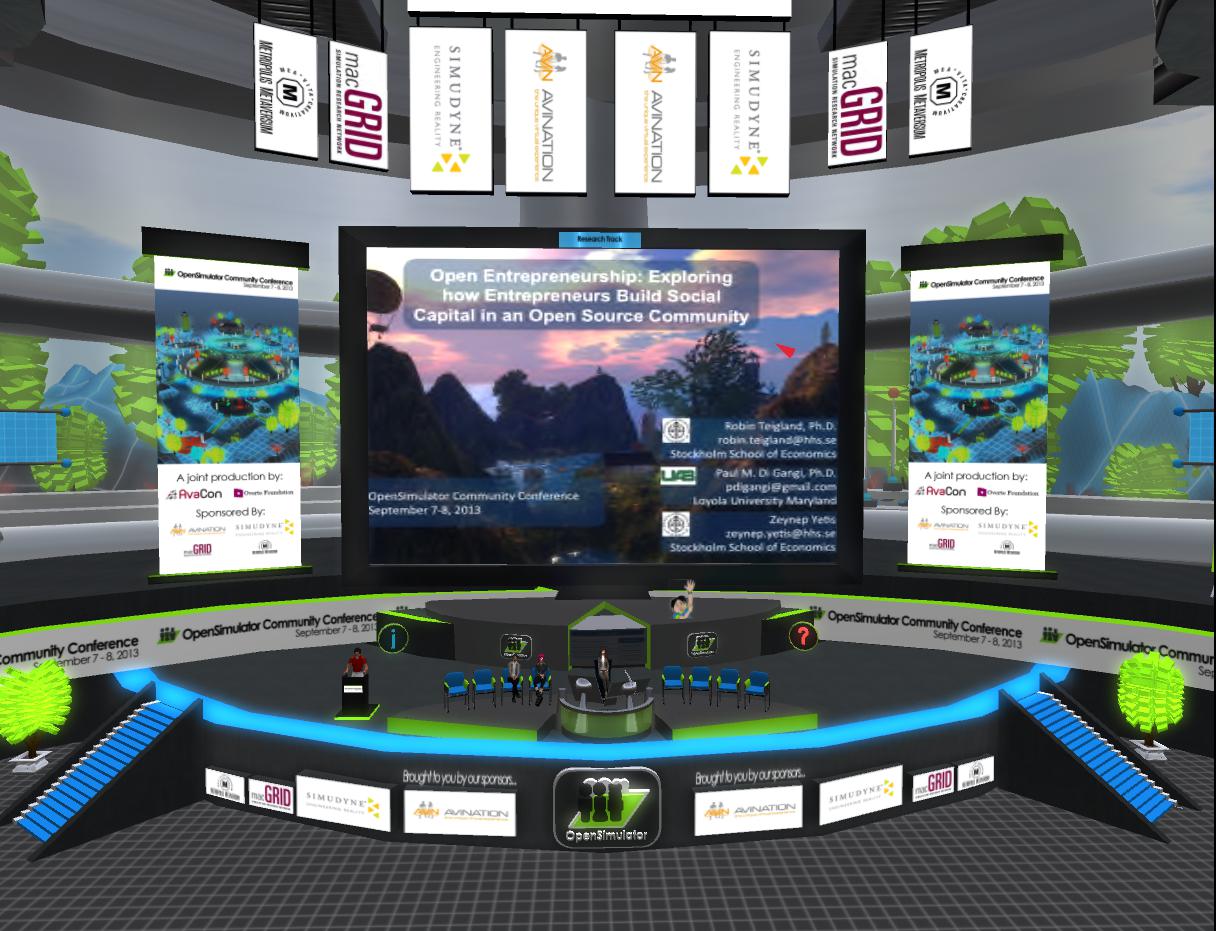