Following the upgrade of the Virtual University of Edinburgh OpenSim grid (Openvue) servers in May 2013, described in this post, some tidying up and improvement to the 3D models and visuals of the regions has taken place, and glitches that had crept in over the 6 years of operation of the grid since mid 2007 have been smoothed out.

The current region map on the Edinburgh-hosted facilities is available live here, and a snapshot as in early October 2013 is shown here… 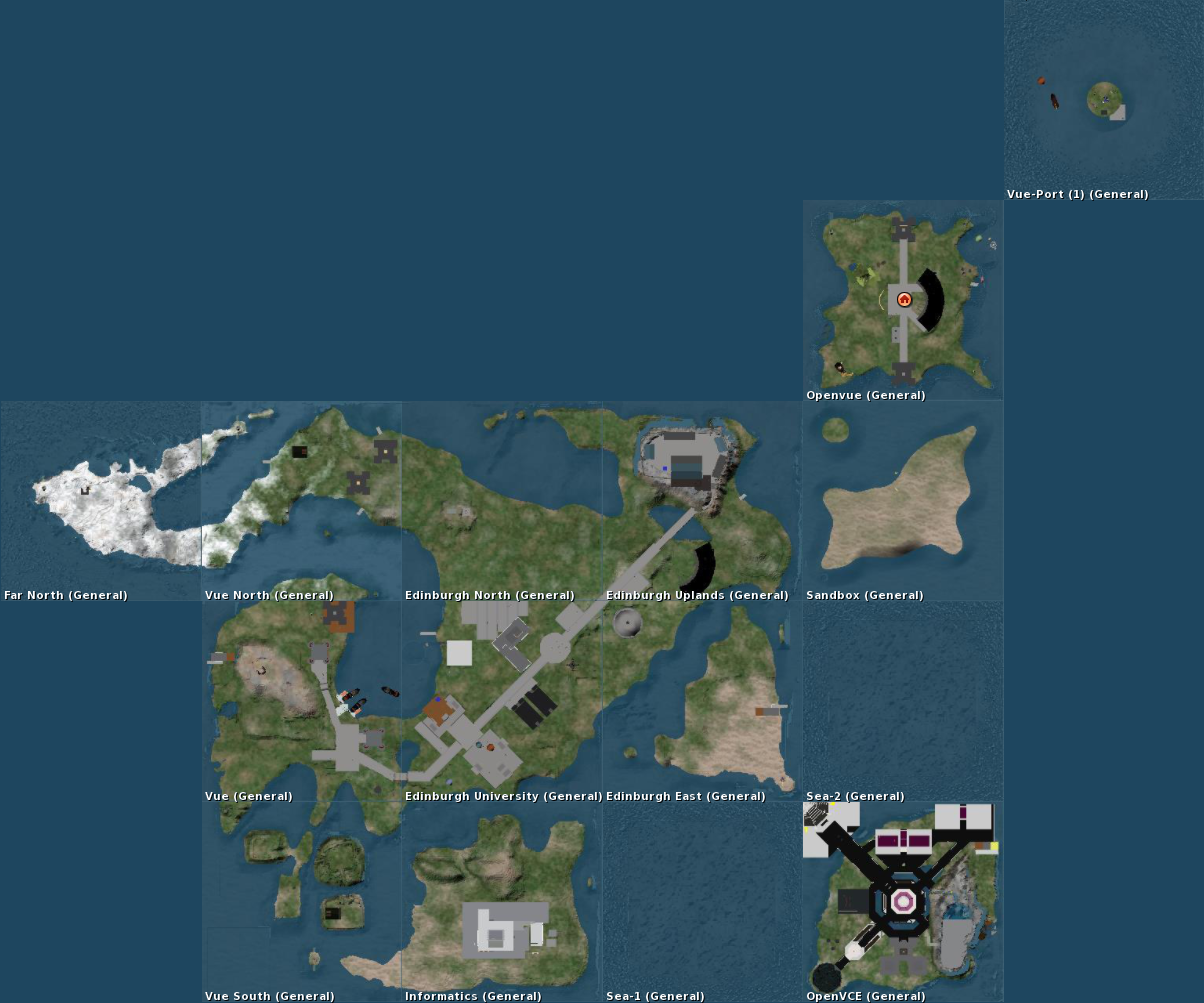 Vue also maintains a number of regions on the publicly accessible OSGrid which offers free avatars to members of the OpenSim community, and which can be used by anyone to get an avatar by which they can visit the Openvue grid via the “Hypergrid”. Connection details and viewer recommendations are on this connection page. 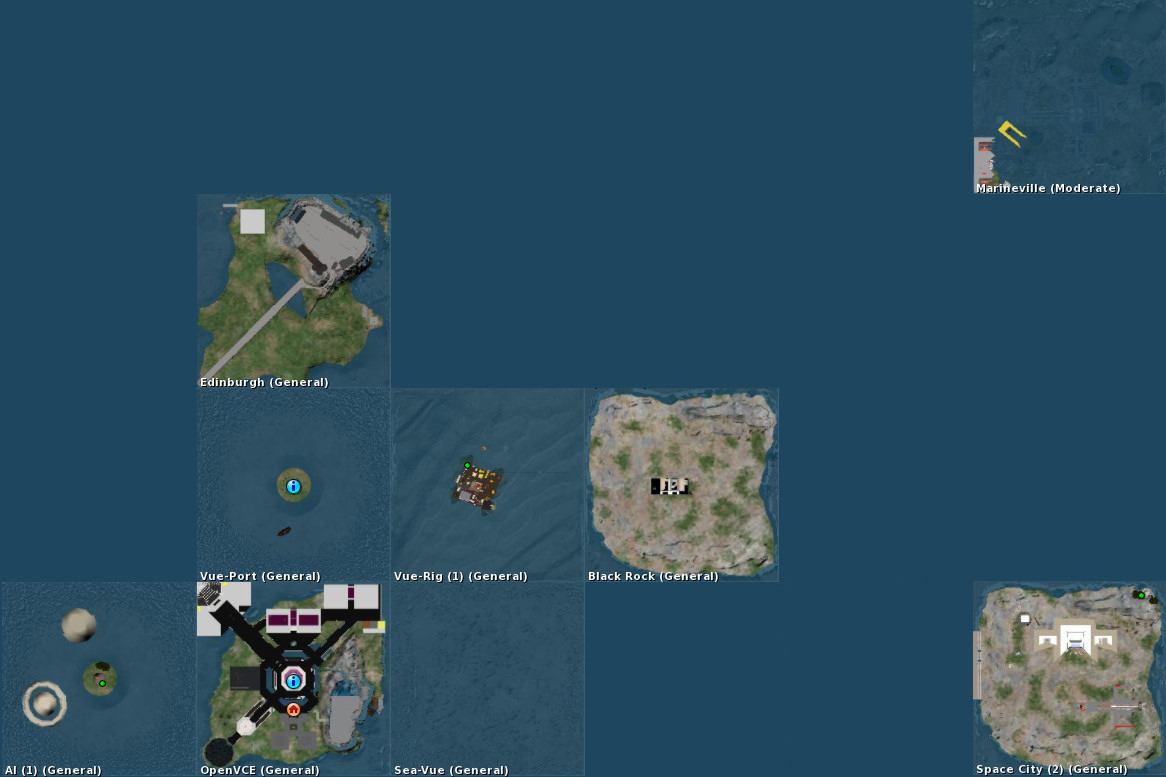 Both Openvue grid and the Vue regions on OSGrid have a hypergrid jump related region for hopping between grid and finding your way round called “Vue-Port” and an “OpenVCE” region which is built for OpenVCE.net style collaboration and uses the freely available open source “OpenVCE” OpenSim Archive (OAR) as a basis for the facilities.