Robert the Robot Avatar on OpenSim

Message understood… on our way ‘ome…

Robert the Robot, co-pilot of Fireball XL5, a transparent robot invented by Professor Matic and Earth’s most advanced mechanical man (voiced by an uncredited Gerry Anderson using an artificial larynx and the only main character Gerry Anderson ever voiced in one of his series). [Extract from Wikipedia] 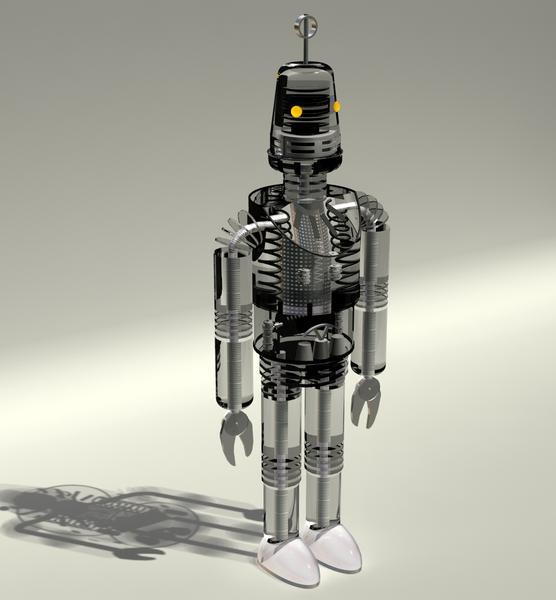 Using an AutoDesk 3DS Studio Max 3D mesh of Robert the Robot from Gerry Anderson’s Fireball XL5 created by Mateen Greenway back in 1999, a Collada mesh was exported from the original 3D Studio Max version, and imported into OpenSim. There, after a little texturing and tidying up, it was broken into sub-components suitable for the various attachments needed for an avatar (Head, Torso, Upper and Lower Arm and Leg elements, Feet, etc.) and those adjusted for the correct attachment positions.

A “SimpleBot” rigged mesh avatar, also in Collada format, which is provided as a tutorial example was used as a basis for the avatar, along with a compete “alpha” mask to make the underlying avatar invisible. 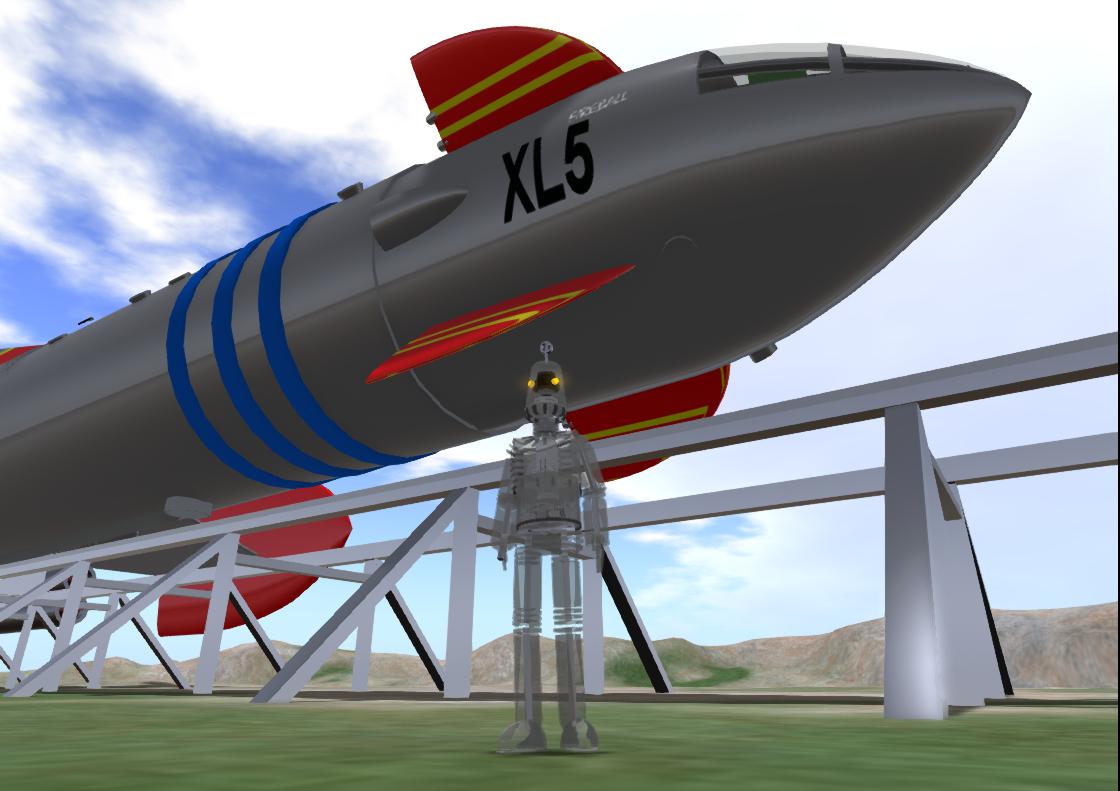 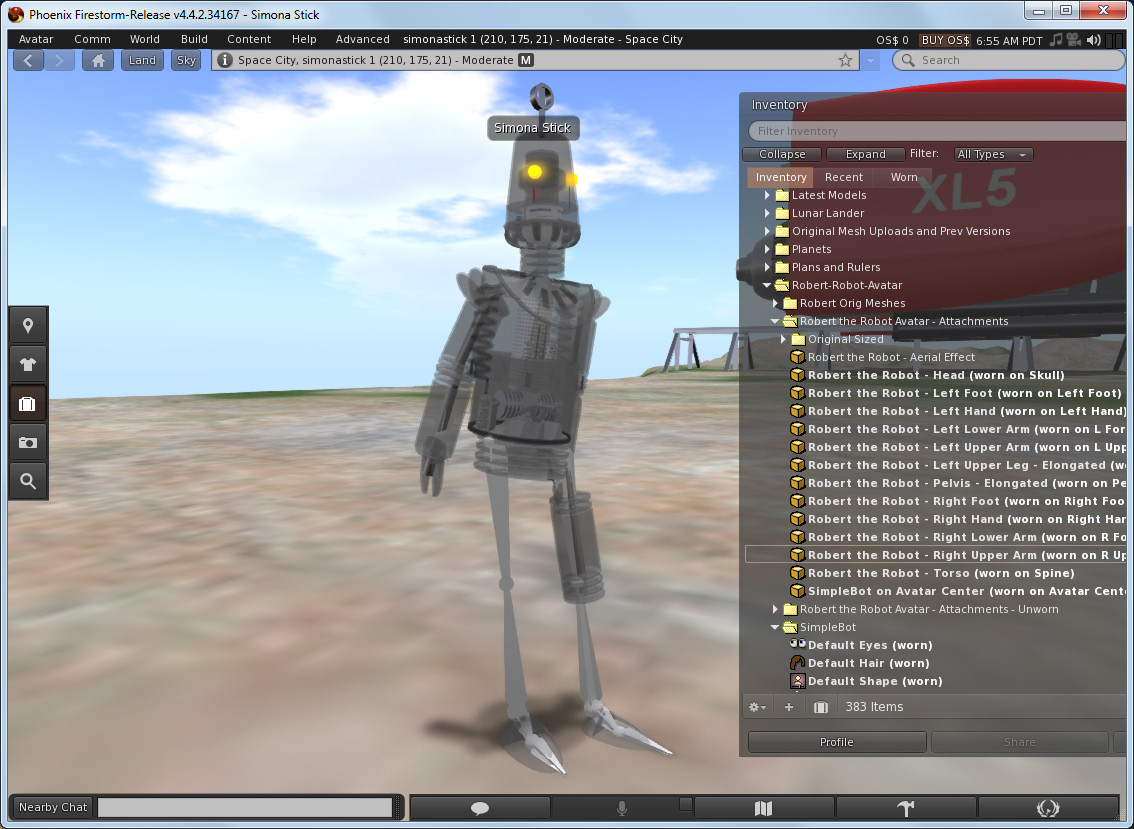 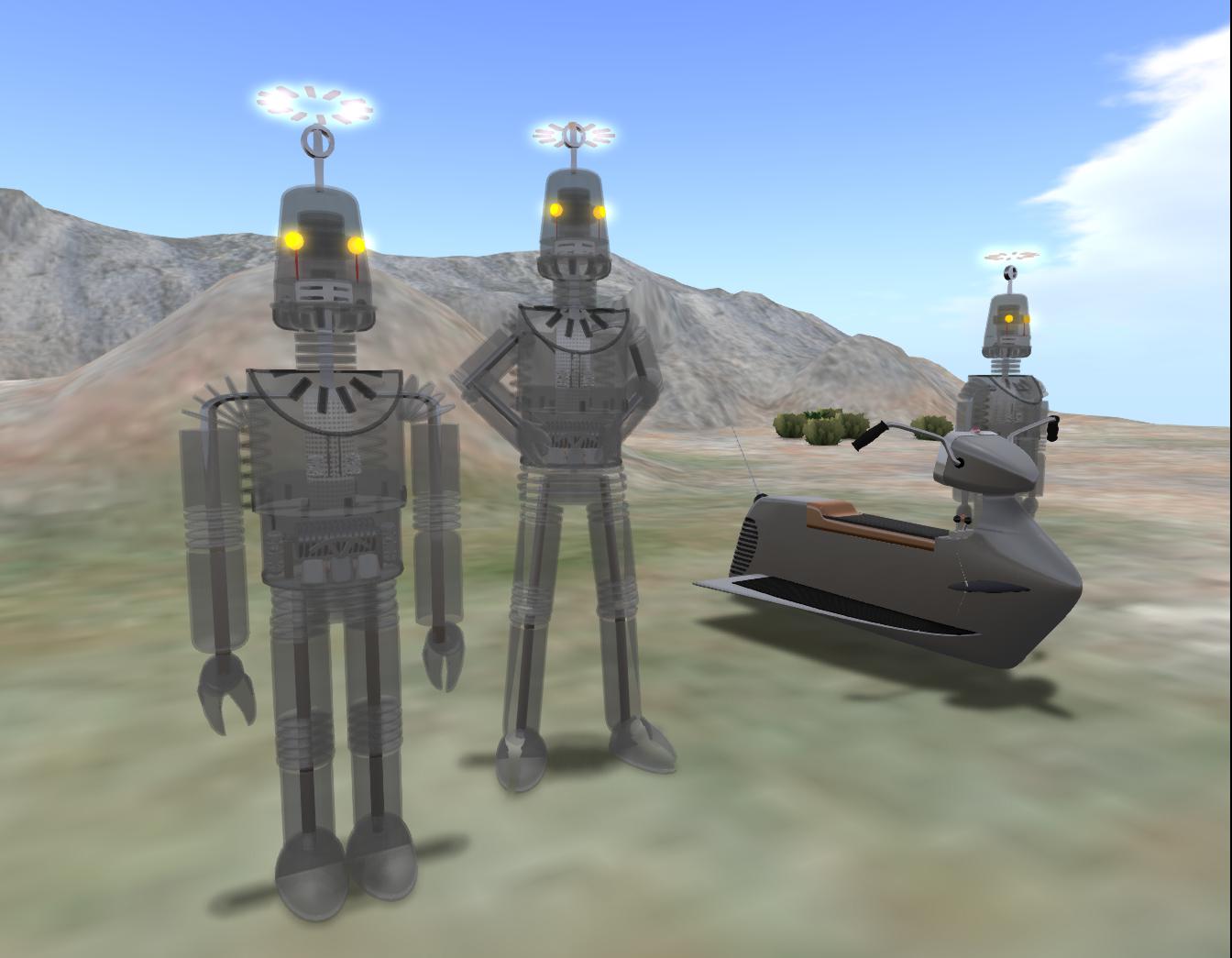 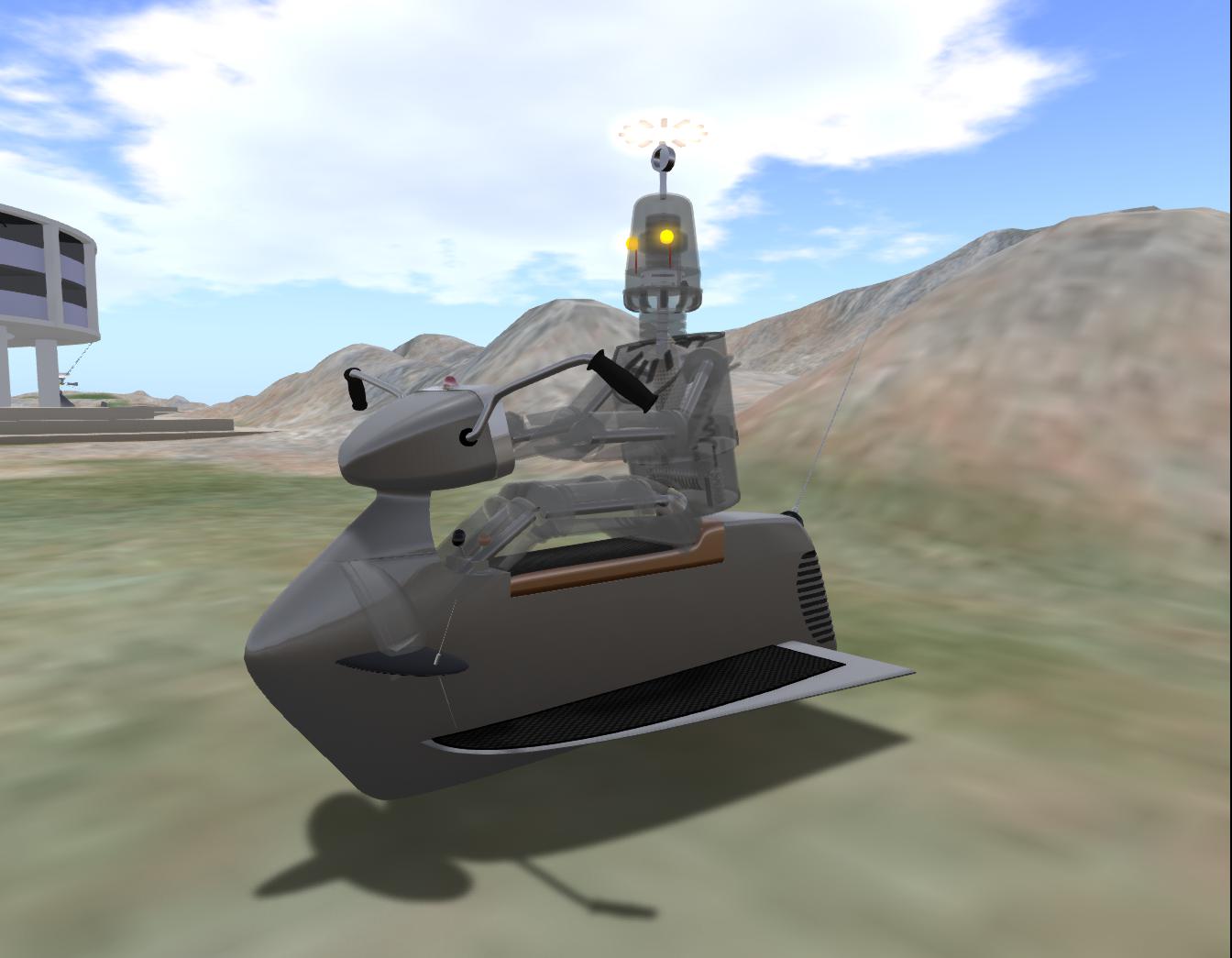