[Text from Wikipedia – Kemlo, contributed by Austin Tate and others]

The central character, Kemlo, was born and raised in space, on a satellite named Satellite Belt K (one of a number of similar space stations named after a letter of the alphabet). All children born on a space station were given names with the same initial, hence the names Kemlo, Kartin, Kerowski, Krillie, and so on. Kemlo was a Captain of the Space Scouts, who had their own “scooters” – small two-seat personal spacecraft for travel around and between the Satellite Belts. Kemlo, like all children born in space, breathed “plasmorgia” instead of air. This allowed him to breathe in space, although it meant he was unable to travel to Earth without the aid of compressed plasmorgia and “gravity rays”. 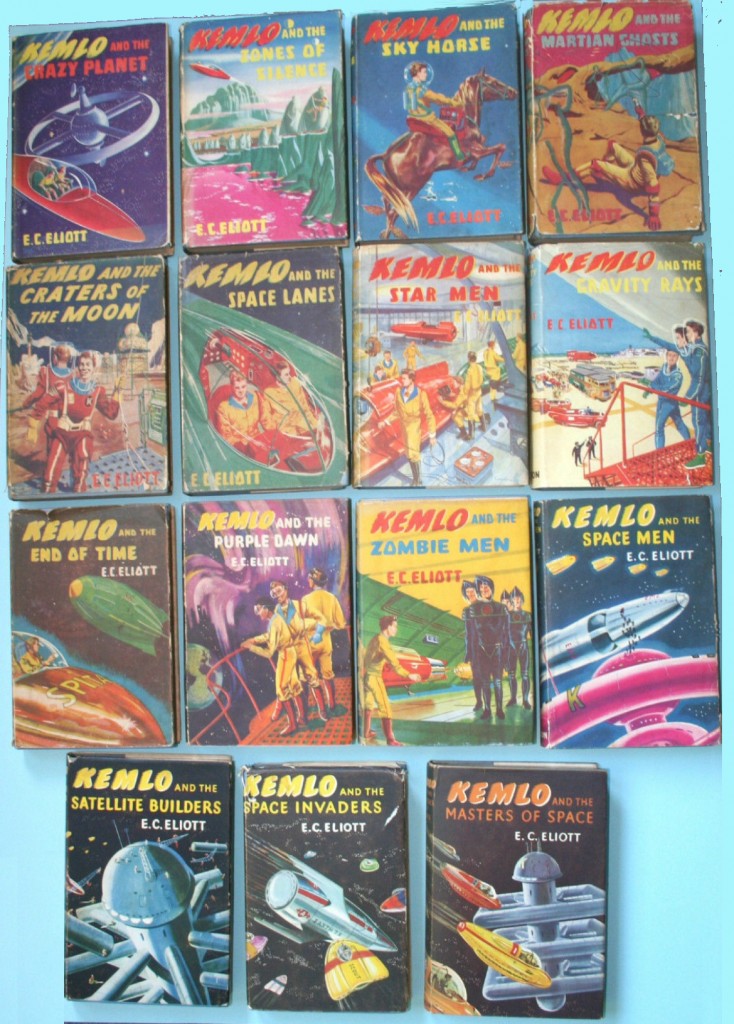 Images from Ebay, not created by myself

This entry was posted in Space and tagged Kemlo, SciFi, Space. Bookmark the permalink.