Look Up – Look Out – Reach Out

As a child growing up with Eagle comic’s Dan Dare, E.C. Eliott’s Kemlo books and TV programmes like Gerry Anderson’s Fireball XL5… watching the first human spaceflights in my teens and following the Apollo landings while at University looking “up and out” has always been a part of my life. I look up at the Moon as I walk home… so close that we can get there in similar time to reaching a remote holiday destination on Earth. I look at the bright objects that often hang in our evening sky and think of what is happening now as our early explorers like Galileo and Cassini continue their dance round the gas giants. I am thrilled that the Voyagers continue their mission as they enter interstellar space.

My computing, science and engineering career has been blessed by involvement with space scientists and spacecraft engineers in the UK, Europe and the USA with our artificial intelligence planning and autonomy systems put to use for planning Earth‐orbiting and the deep space missions. But I am equally excited that our names and artifacts are carried on missions through the tail of a comet from the outer reaches of our Solar System, to Mars and to the surface of Titan.

The technical challenges of sending a spaceship to another star is a fantastic opportunity to consider the very many challenges that must be faced with long lived autonomous, repairable and sustainable vehicles which can offer many insights relevant to our own environmental, medical, engineering and other issues. It offers a “grand challenge” that can stretch our own vision and systems.

Mars, Titan and Europa are fascinating and we will learn much as we explore with our remote sensing instruments, our robots and eventually ourselves travelling in our local area. But there are many points in our night sky beyond those few we can almost reach out and touch… and those take a leap of imagination, science and engineering as well as vision to reach out to. The Voyager disc is a great example of this sort of vision of folks like Carl Sagan and other visionaries ‐ seeing beyond our local area and looking beyond the short term. 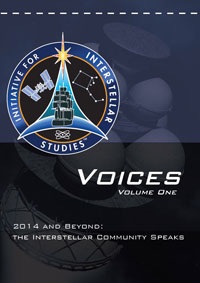 So look up, look out and reach out as we work towards seeing that starship depart and overtake Voyager as it takes us on our next journey of discovery.

Originally published as a contribution to I4IS 2014 New Year Special, 1st January 2014, which was released as the I4IS Voices Volume One – 2014 and Beyond: The Interstellar Community Speaks. 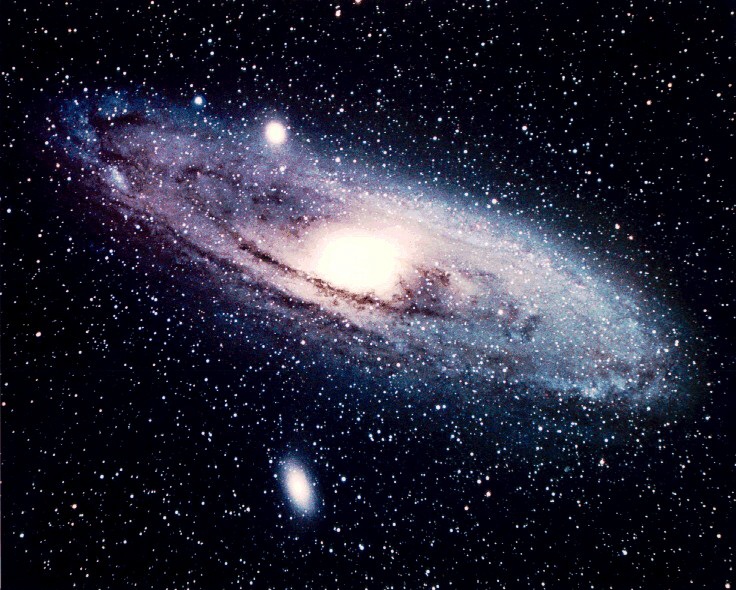 Full address for posts from distant parts of the Universe…

Further dimensions omitted for the sake of brevity. Based on information in “Universe – The Definitive Visual Guide” (ed. Martin Rees), Publ. Dorling Kindersley, 2012, and other sources.

More details of the Virgo Cluster within the Virgo Supercluster we are a part of can be found in this Universe Today article (24 Dec, 2015). 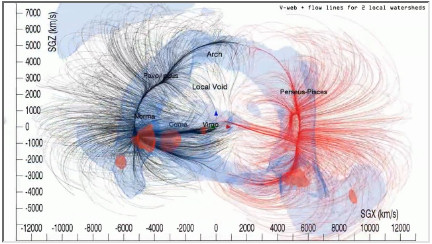 ** An article in Nature on 4th September 2014 studied the “Local Supercluster” we are a part of, and which is found to extend beyond the local Virgo Supercluster as understood for the previous 50 years, and named it the “Laniakea Supercluster” – a Hawaiian name for “immense heaven”. More details… 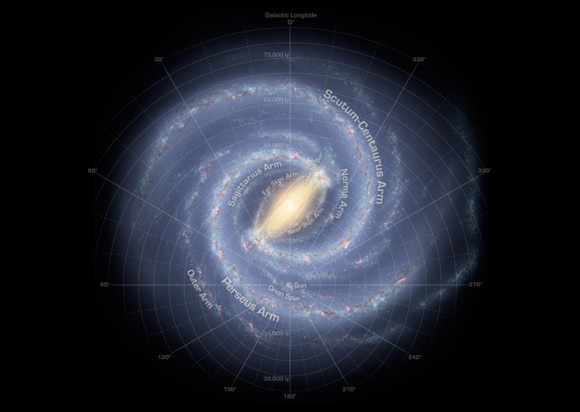 ## More structure of the Milky Way as a “barred spiral” galaxy is now better understood, and the previously named “Orion Arm” is now usually referred to as the “Orion Spur”. More details…

3 Responses to Look Up – Look Out – Reach Out