OpenSim supports terrain and objects that have negative height values and are below the “normal” terrain floor level of 0m (sea level normally being set to 20m). This allows for deep sea regions and underwater builds without adjusting the region sea level from the default. 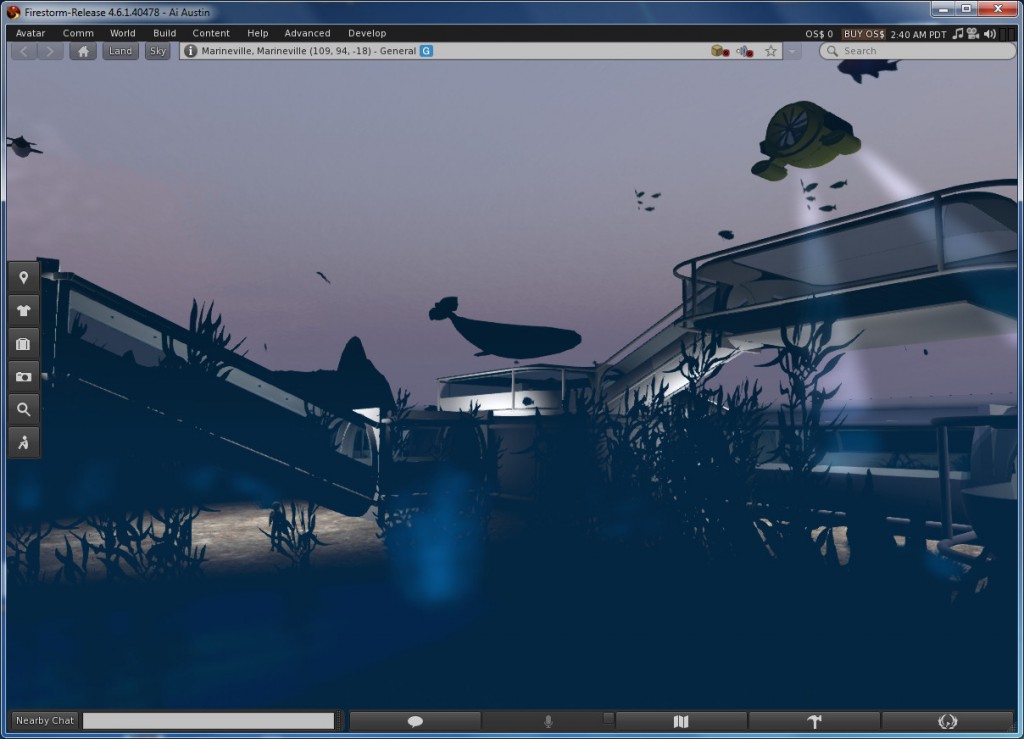 BulletSim (the default) and OpenDynamics Engine (ODE) physics both support such deeper builds. Viewer support is reasonable, e.g. in Firestorm 4.6.1 with the avatar able to travel below 0m into minus territory, and building and editing builds possible using object “move” at such levels. But there are some hard wired 0m lowest level areas in viewers such as directly editing the type in Z value in the edit object dialogue tool or trying to set a negative z value in the map/teleport tool. See Firestorm JIRA #13582.

It is possible to set the sea level to a custom setting per region… though its best to position such regions well away from normal sea level ones to avoid odd visual effects and sudden sea level changes as an avatar transitions between regions. 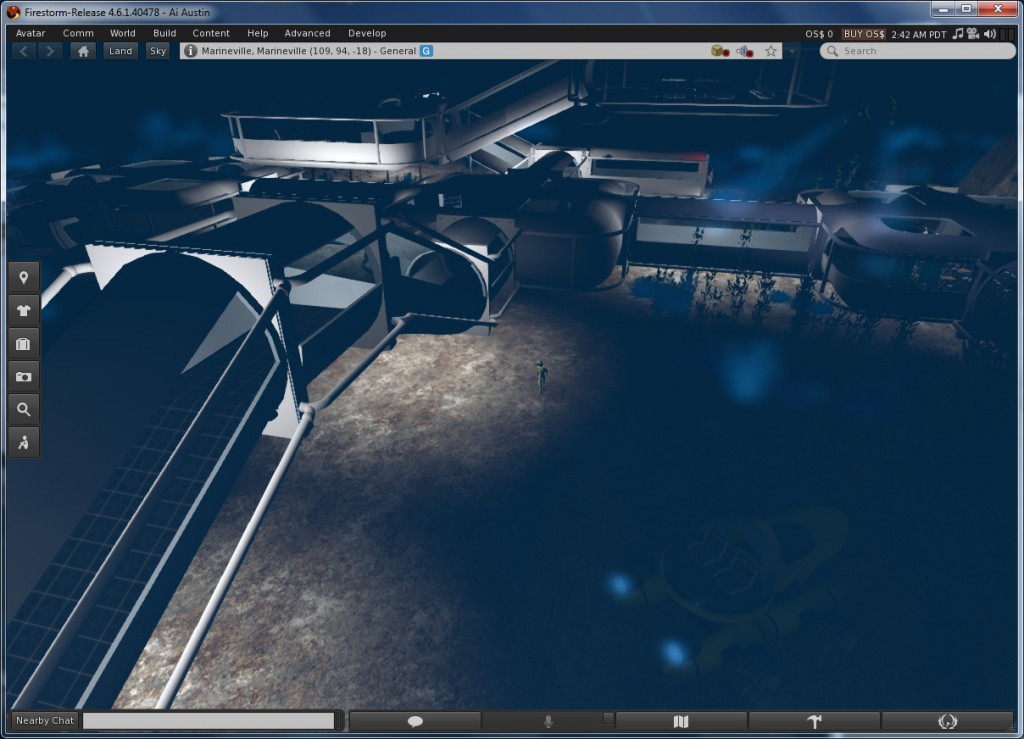 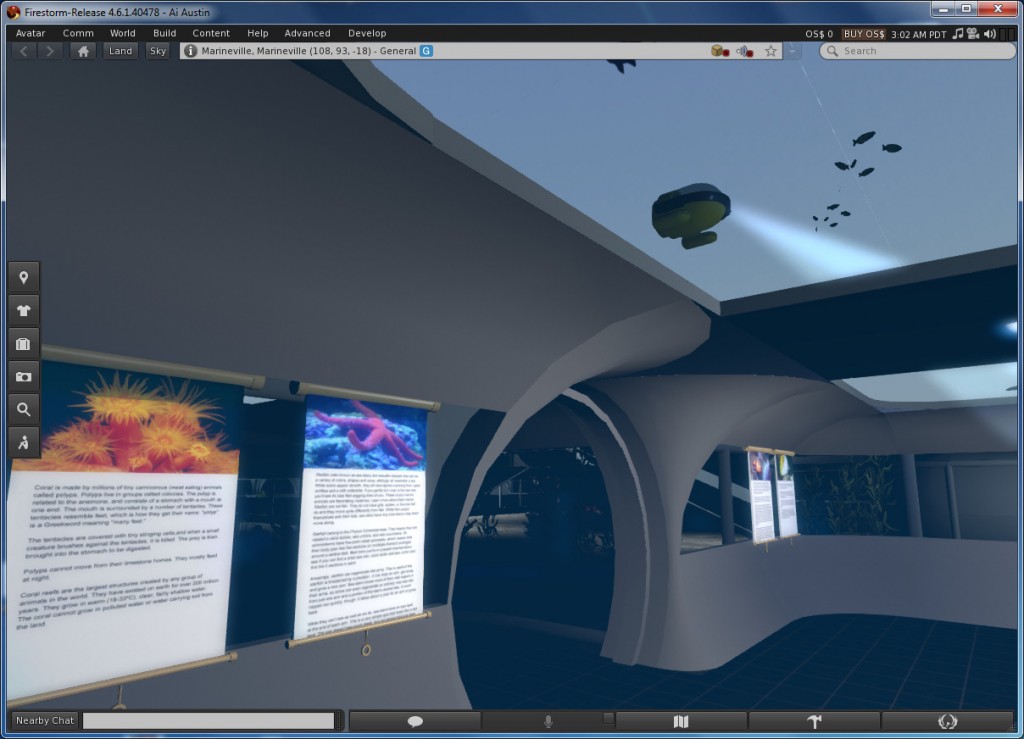 This entry was posted in OpenSim and tagged Marineville, Minus, Negative, OpenSim, OSGrid, Terrain. Bookmark the permalink.