[At 15th May 2014: This blog post is private and created for future visibility. It will only be opened once the alpha test phase is passed.]

I have been invited to join in the alpha testing for the High Fidelity virtual world from Philip Rosedale’s company in San Francisco. Philip was the originator of Linden Lab’s Second Life. The Alpha Testers Forum is at https://alphas.highfidelity.io/ 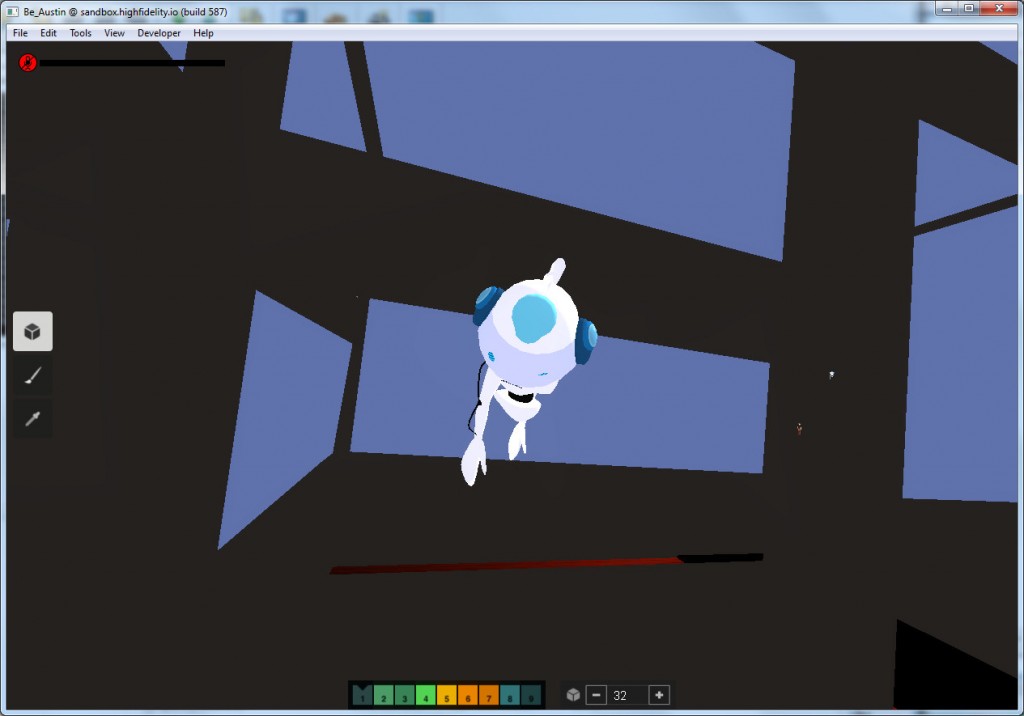 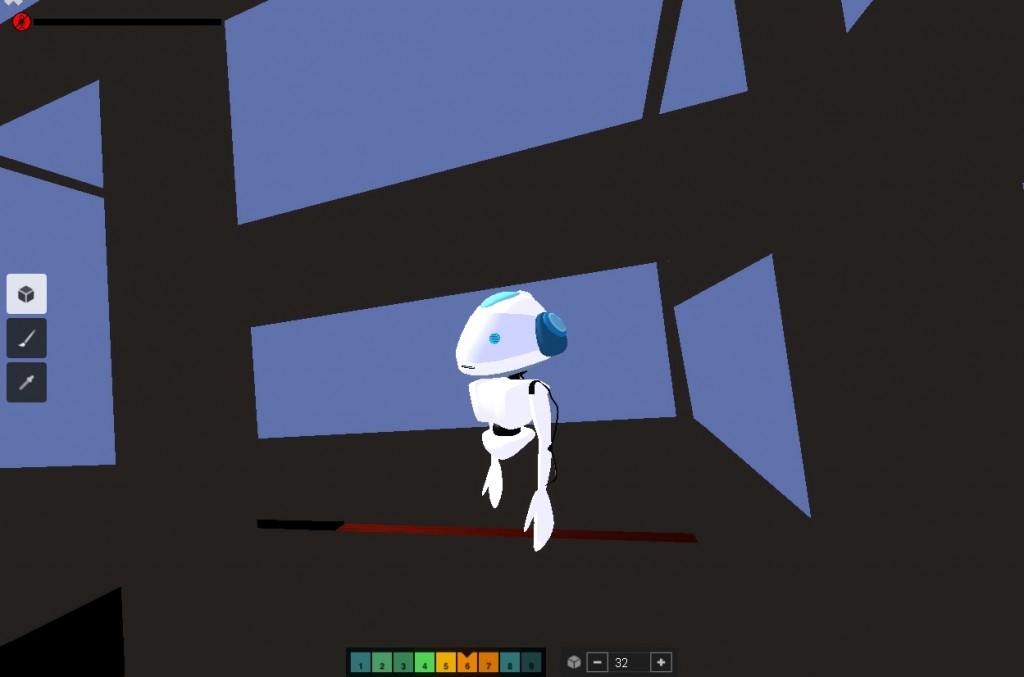 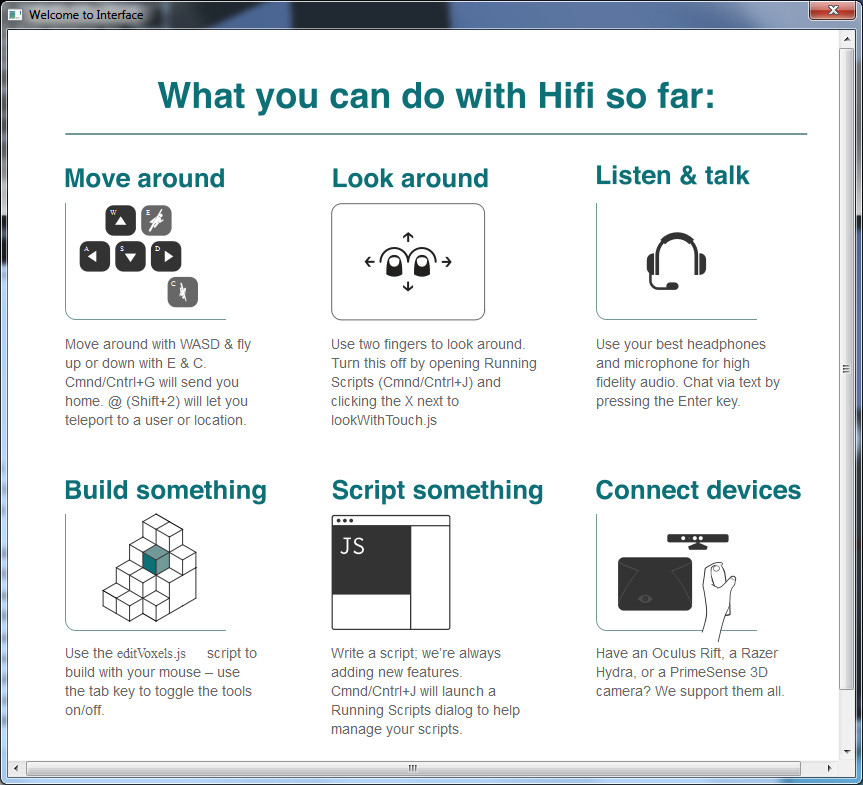 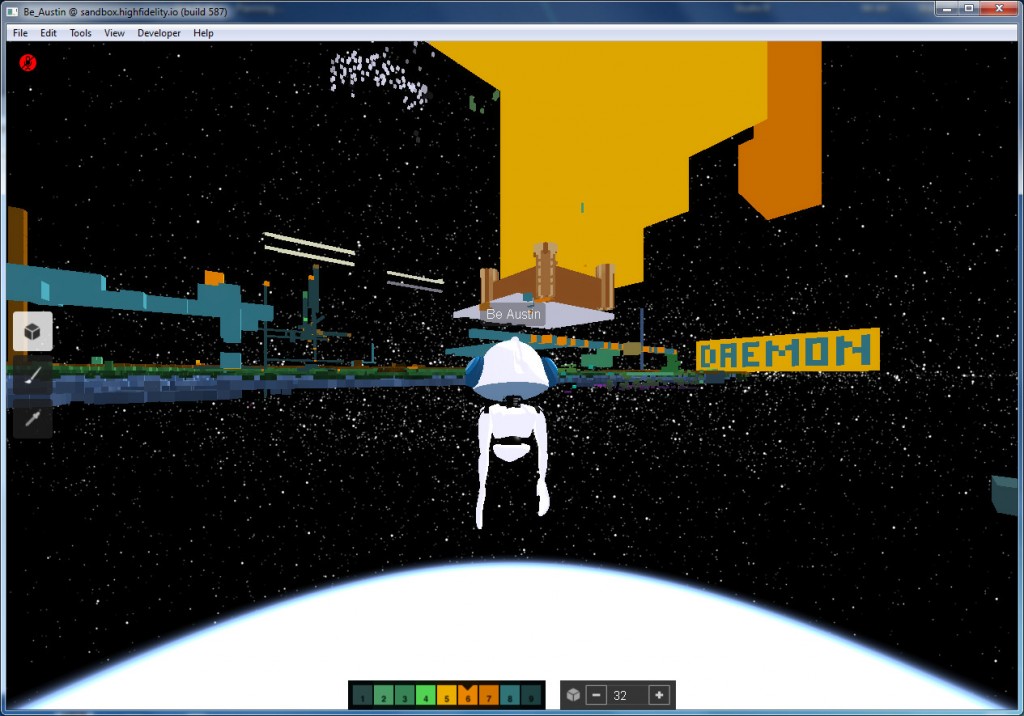 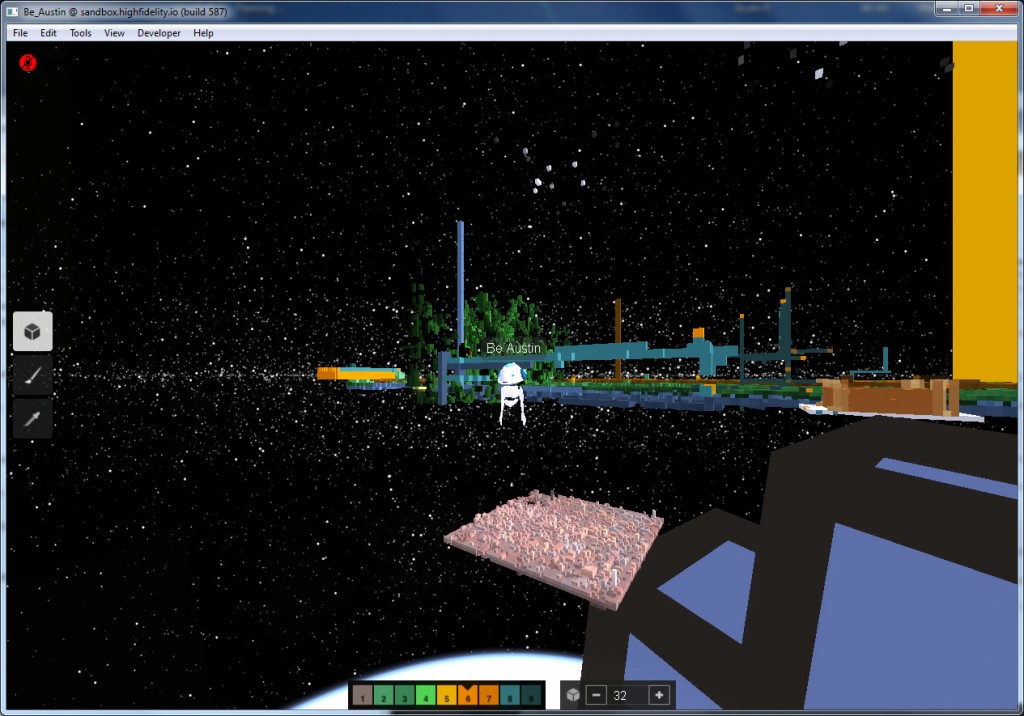 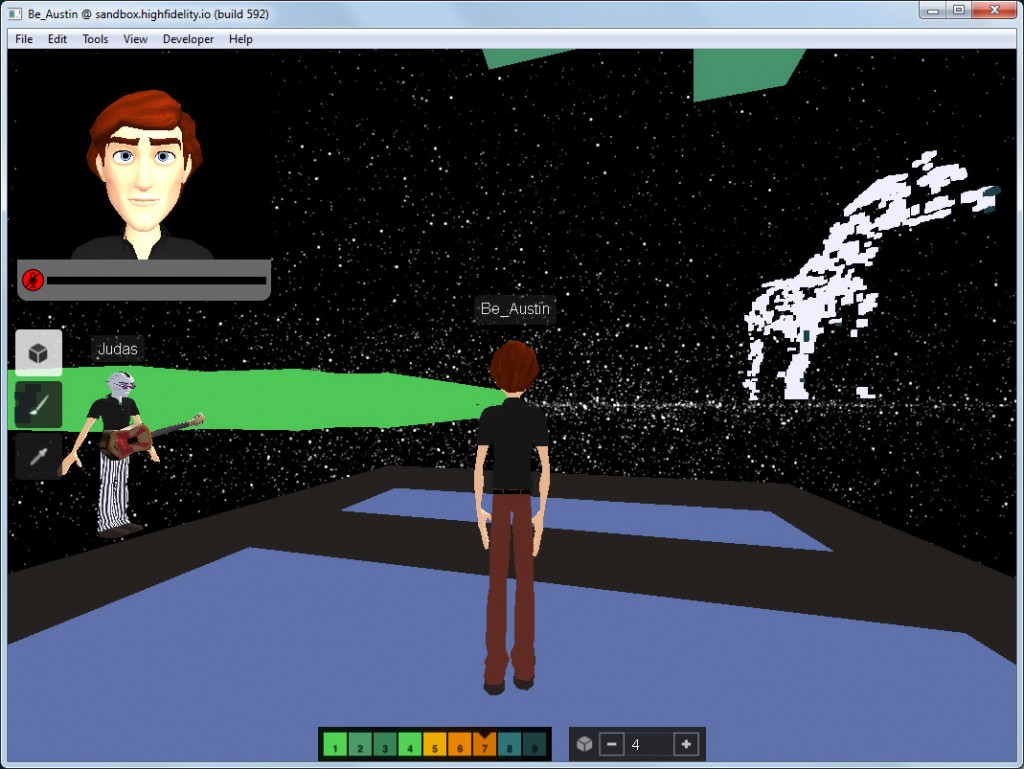 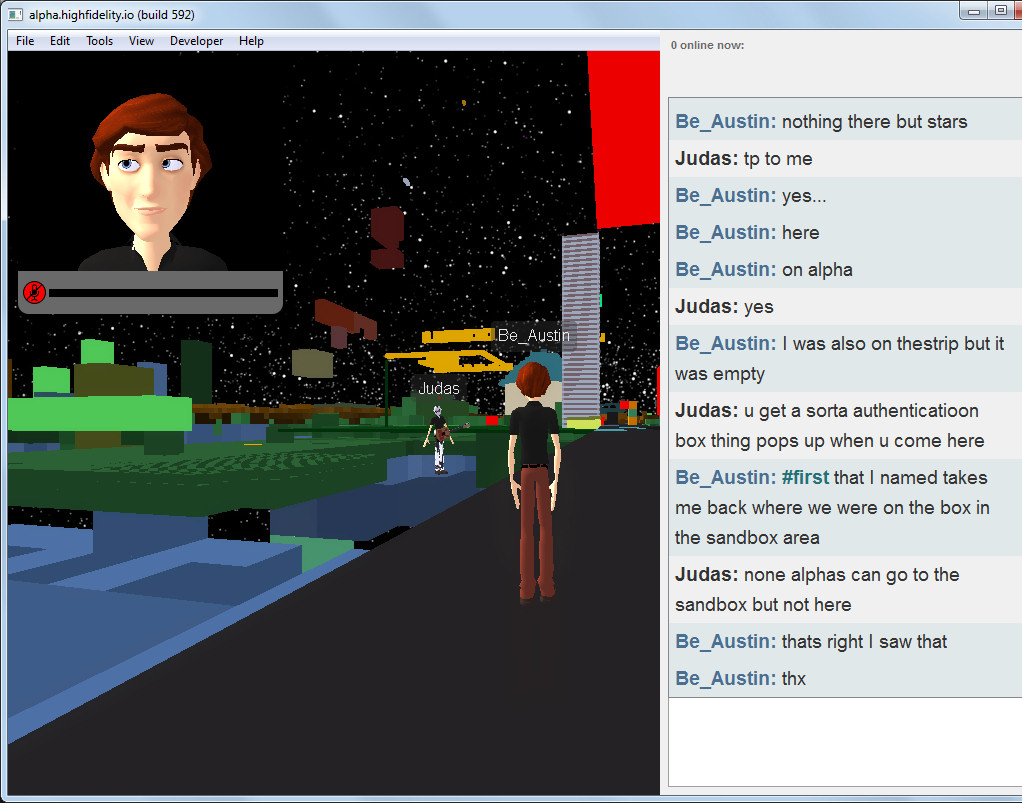 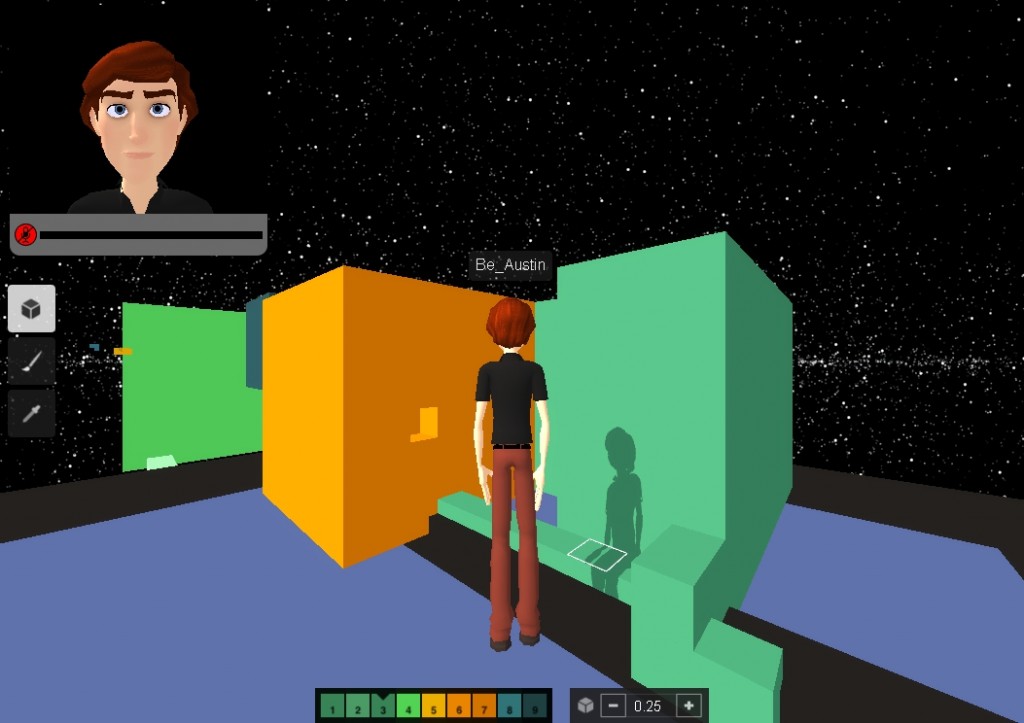 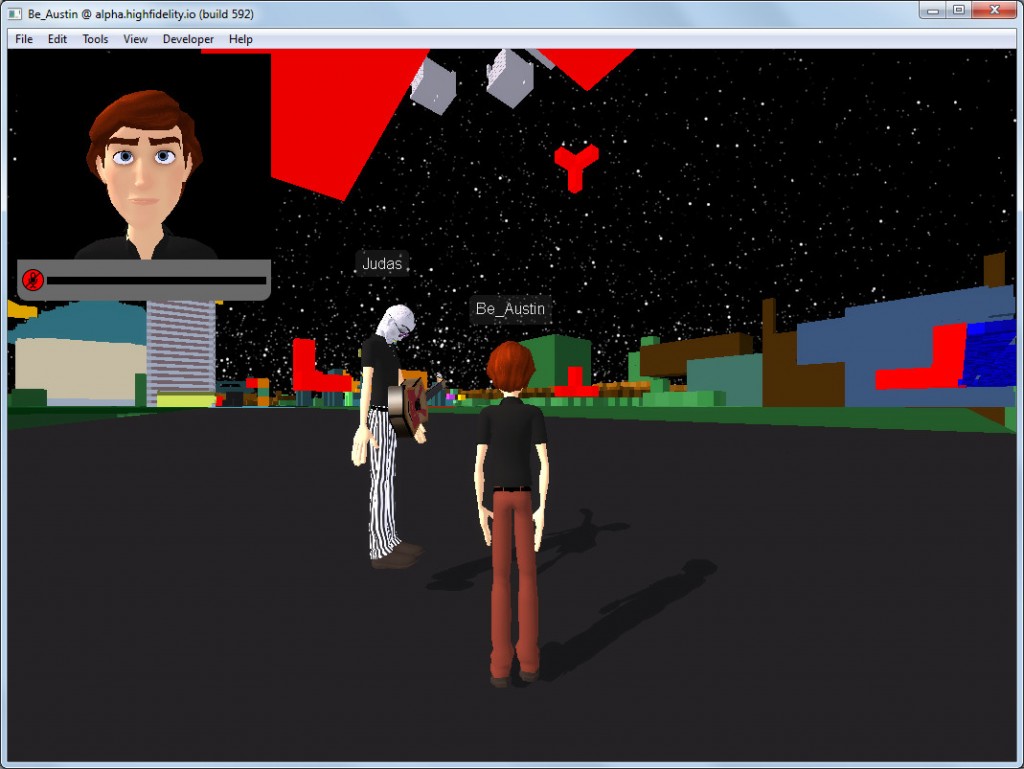 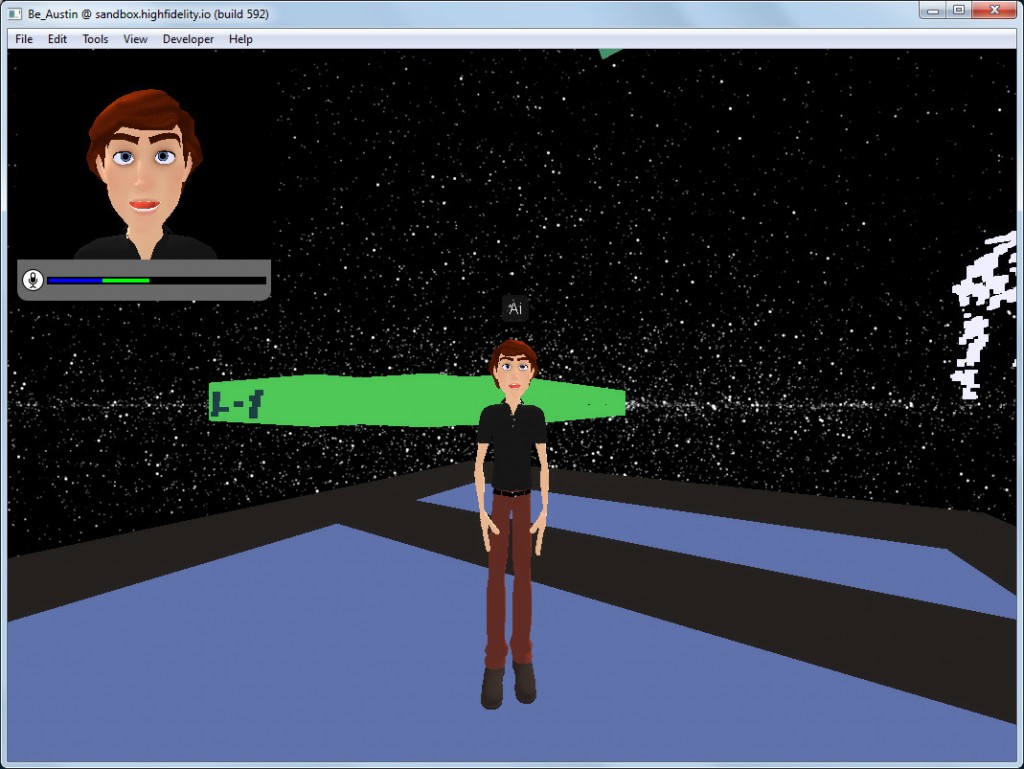 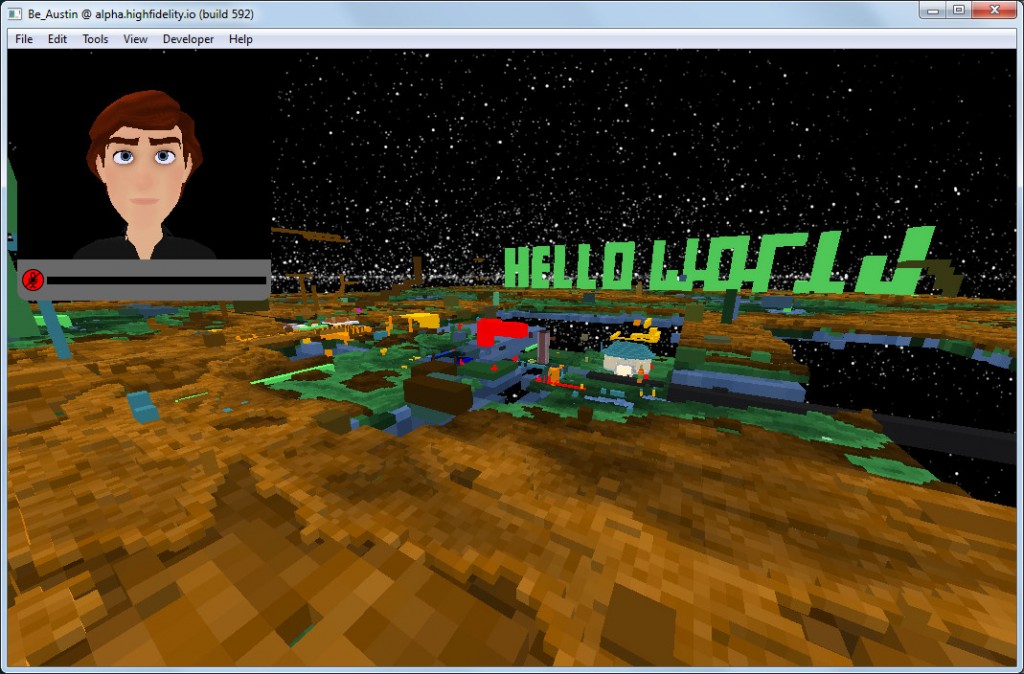 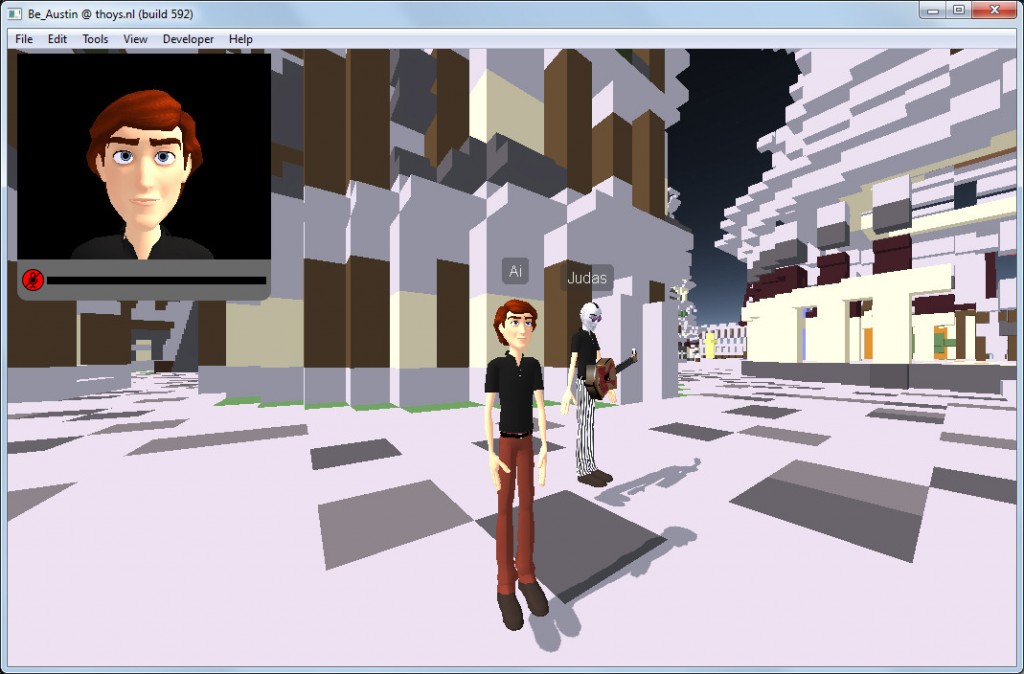 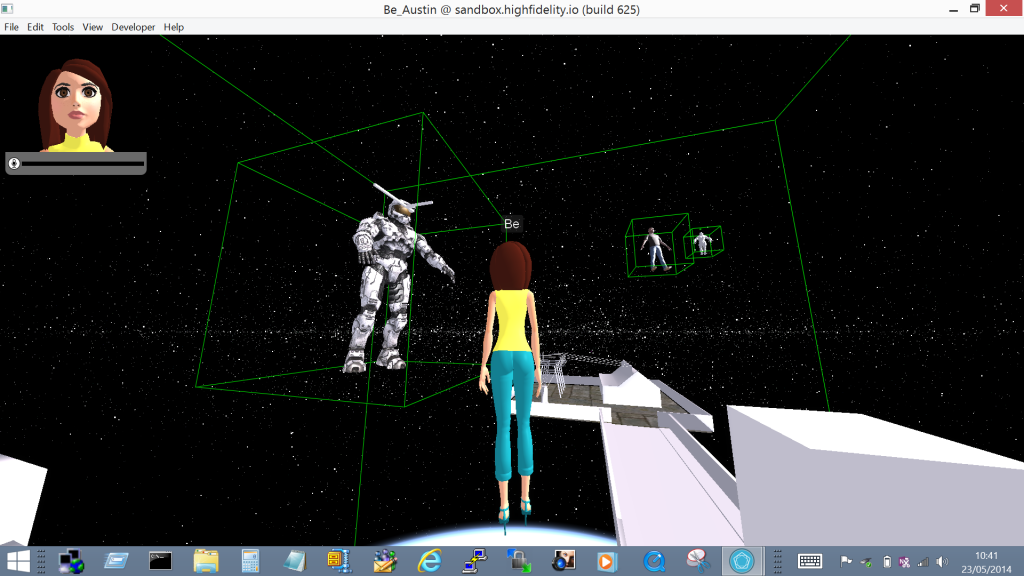 In the final image above, showing uploaded mesh models in FBX form in world, tests on 22nd and 23rd May 2014 on a Microsoft Surface Pro (mark 1 with Intel 4000 HD Graphics) indicates Build 625 works reasonably, but audio devices are not recognised in this version.

HiFi supports FBX meshes for avatar heads, skeletons(bodies) and multiple attachments. An example robot avatar uploaded by a user is shown when worn as the avatar appearance. A quick test of taking the Blender Sintel open source rigged mesh avatar from OpenSim/OSGrid via Firestorm Viewer 4.6.5 object export to Collada (.dae) and then conversion to FSX format via the Autodesk FBX converter, without any adjustment, is shown as worn. The avatar needed to be scaled to 500 rather than the default import scale of 15 to be roughly the right size. Also the avatar is rotated as Z is up in Blender but Y is up in Maya/Studio 3D max. 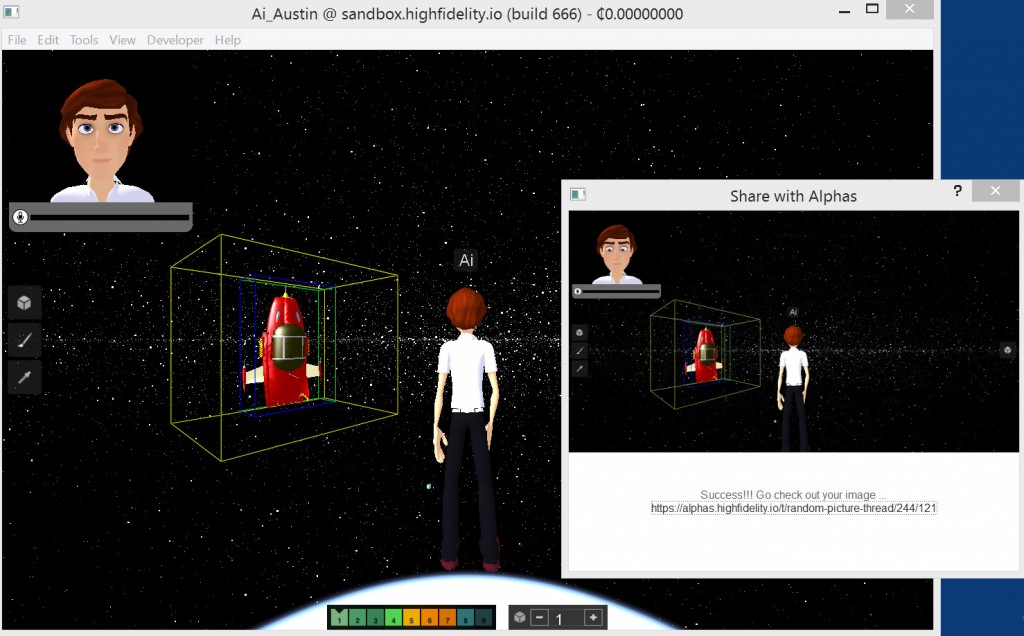 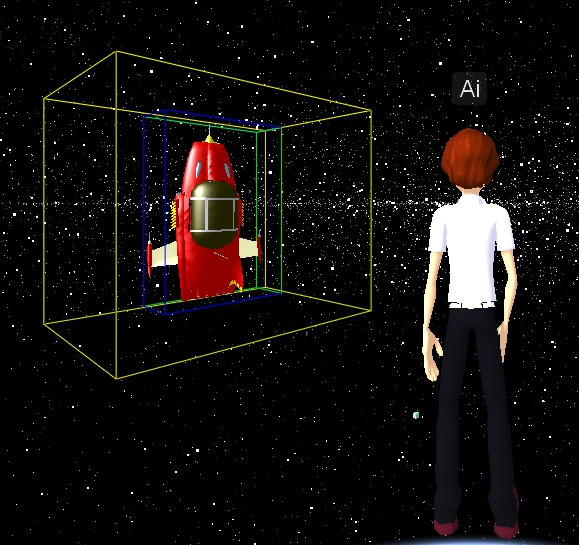 Image above shared with HiFi alpha testers via “Ctrl/S” in the Interface at URL: https://alphas.highfidelity.io/t/random-picture-thread/244/121 After resizing the meshes, using an appropriate working version of editModels.js… 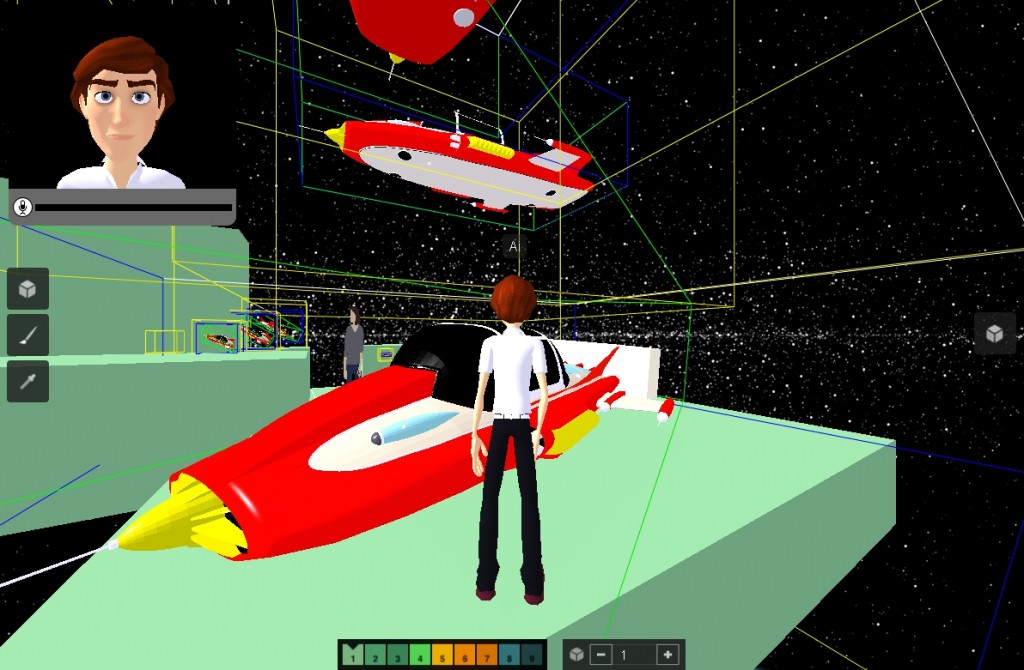 Early builds (around build 587, on 15-May-2014) introduced an annoying licensing failure, probably on the “Visage technologies” element of the Interface which provides face and eye tracking to animate the avatar, which had the effect of locking out Windows users. Later builds did not introduce the problem, but also or a while did not resolve the issue on systems already effected. High Fidelity alpha testers are sharing their experience between themselves and with developers via the Alphas Forum at https://alphas.highfidelity.io.

High Fidelity uses a community work model via the web site http://worklist.net to make available development work to members of the community. 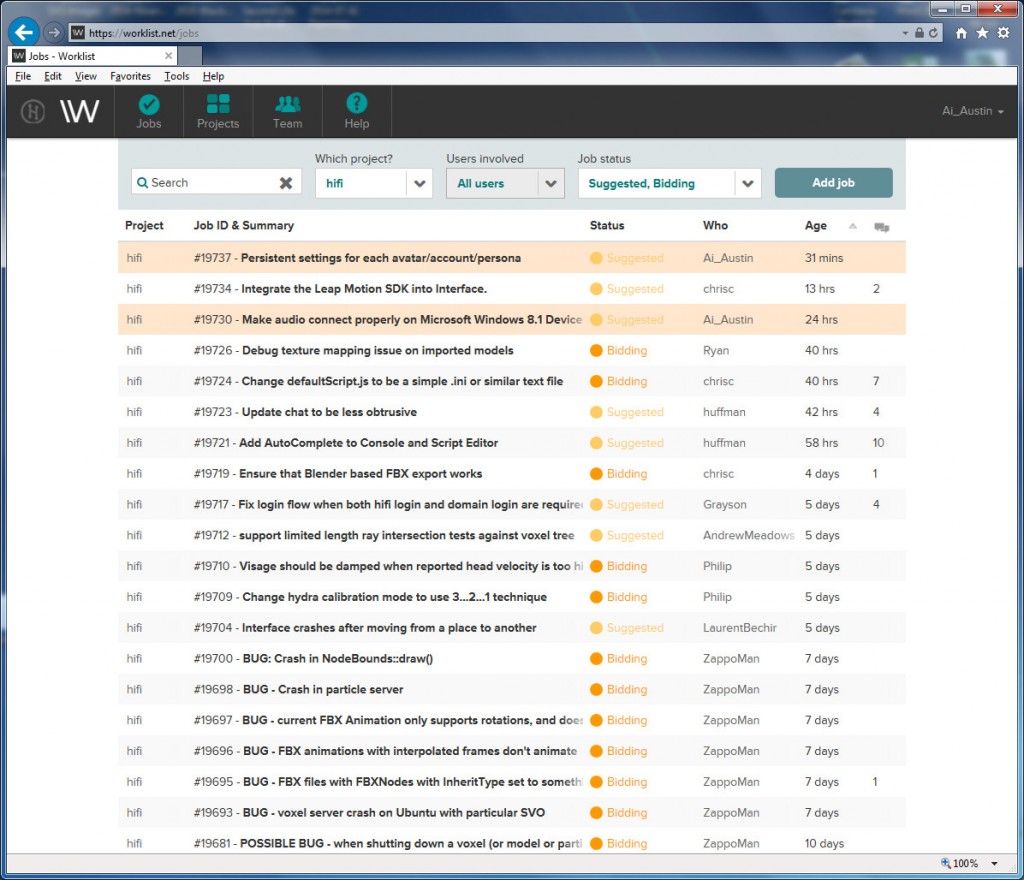 It is alpha testing time, but as at 2nd June 2014… Ai and Be are alone in the metaverse… 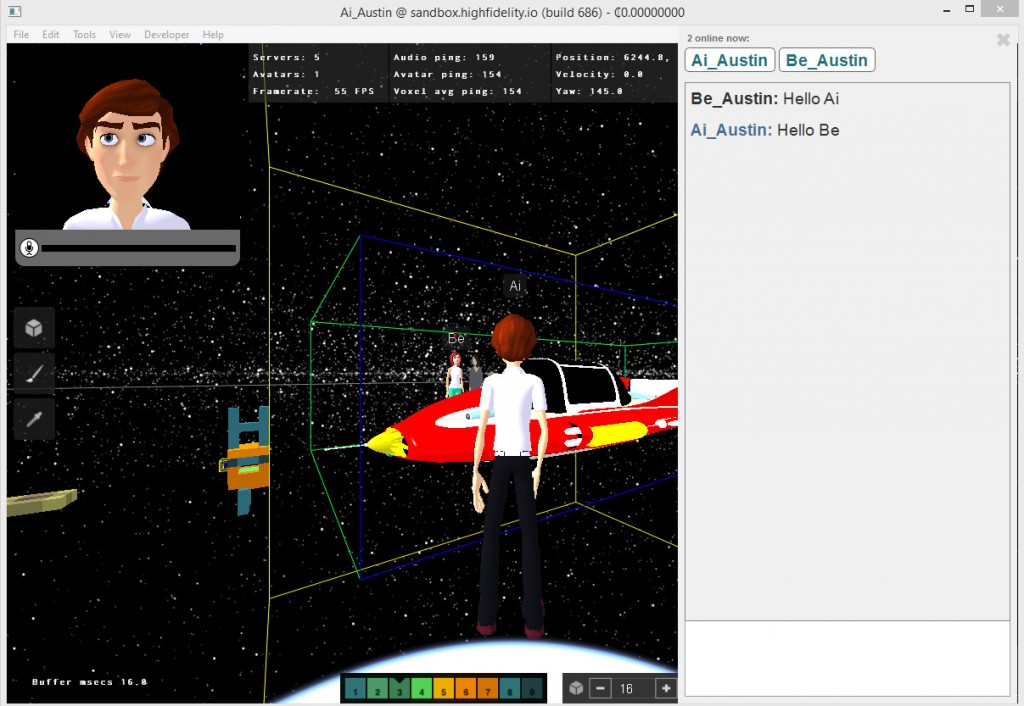