David Rowe (twitter: @CtrlAltDavid) has released an early experimental version of his CtrlAltStudio Viewer for Second Life and OpenSim which can support the Oculus Rift DK2. The viewer already supported 3D stereoscopic displays for the NVidia 3D Vision (with active shutter glasses and a 120Hz+ screen) for example, and gave support for 3D input devices such as the XBox 360 for Windows controller and the Microsoft Kinect. 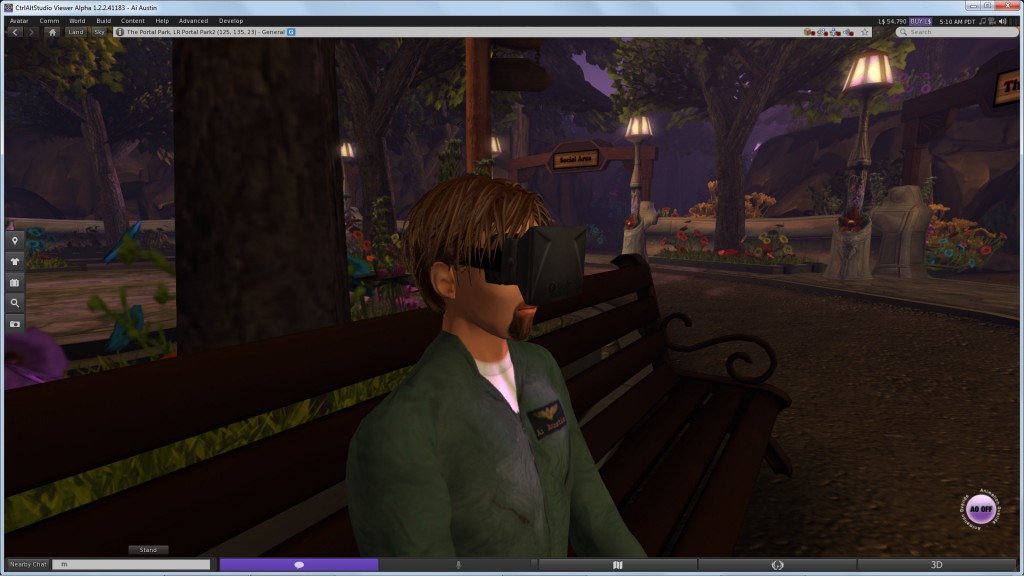 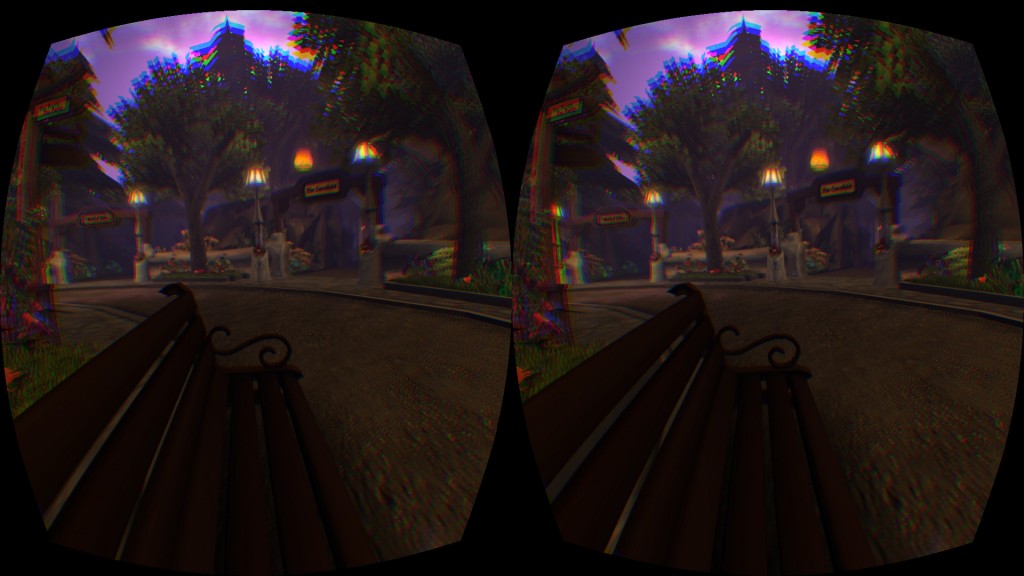 Due to some problems with the current Oculus Rift 0.4.1.SDK and its support for OpenGL as required for the viewer, this initial version does not implement “Direct to Rift” which will be the preferred way to drive the Rift DK2 display in due course. The DK2 is set up as a second “extended desktop” screen and in “Landscape” orientation by a method which can vary between different version of Windows and depending on whether you use the Windows “screen resolution” method or your GPU’s control panel. See the section later for more details related to the Rift display rotation (“Portrait” versus “Landscape”) and refresh rate (75Hz preferred). 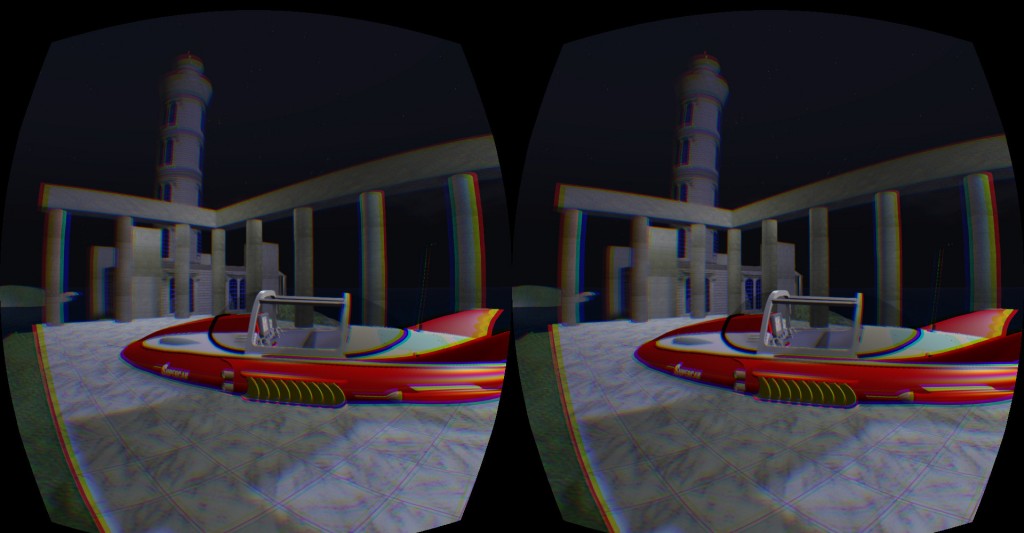 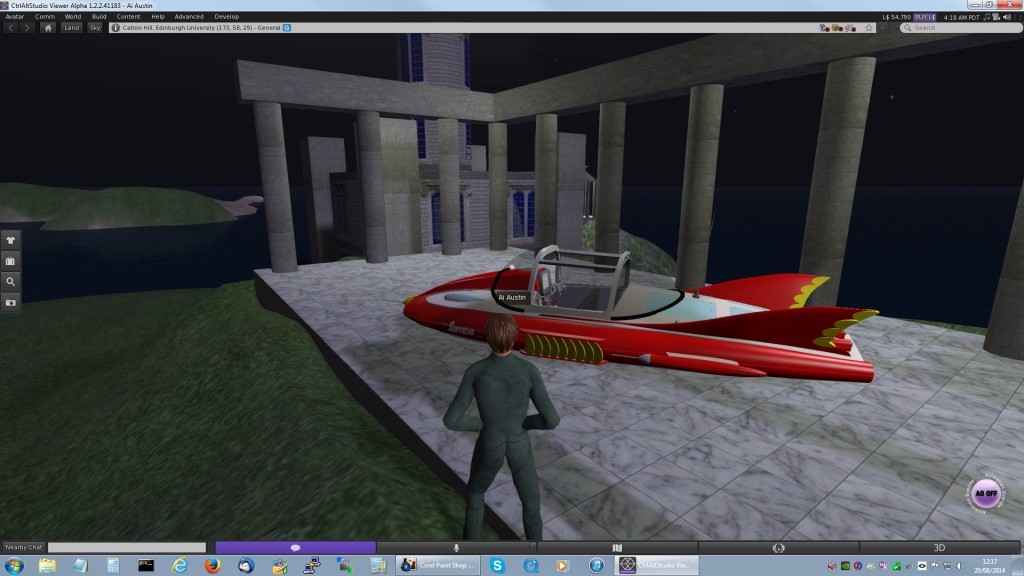 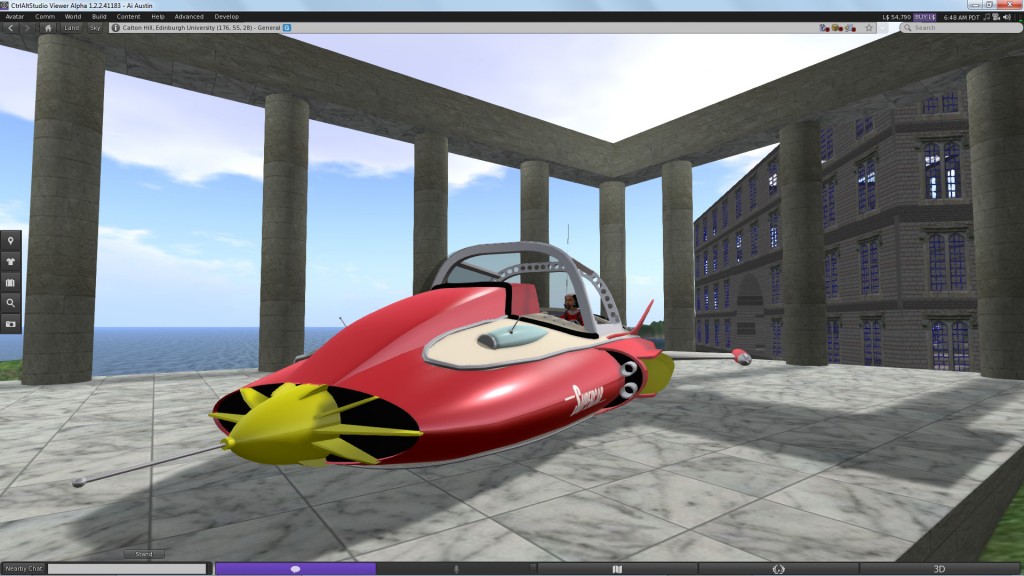 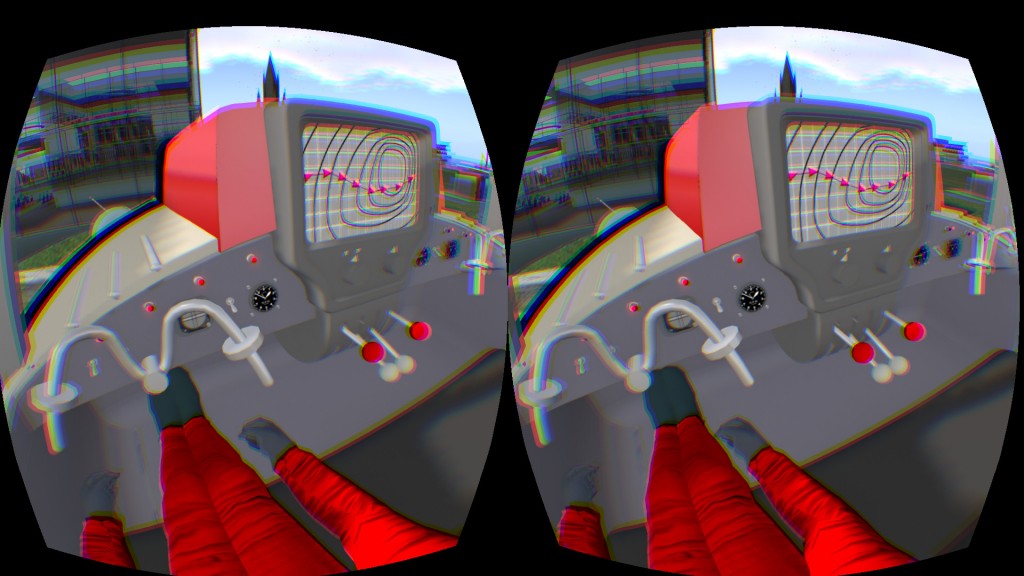 So, no need to be “Alone in VR Space” any longer…. see this blog post on early (solo) demo experiences with the Oculus Rift DK2.

Undersea and in Cubic Space 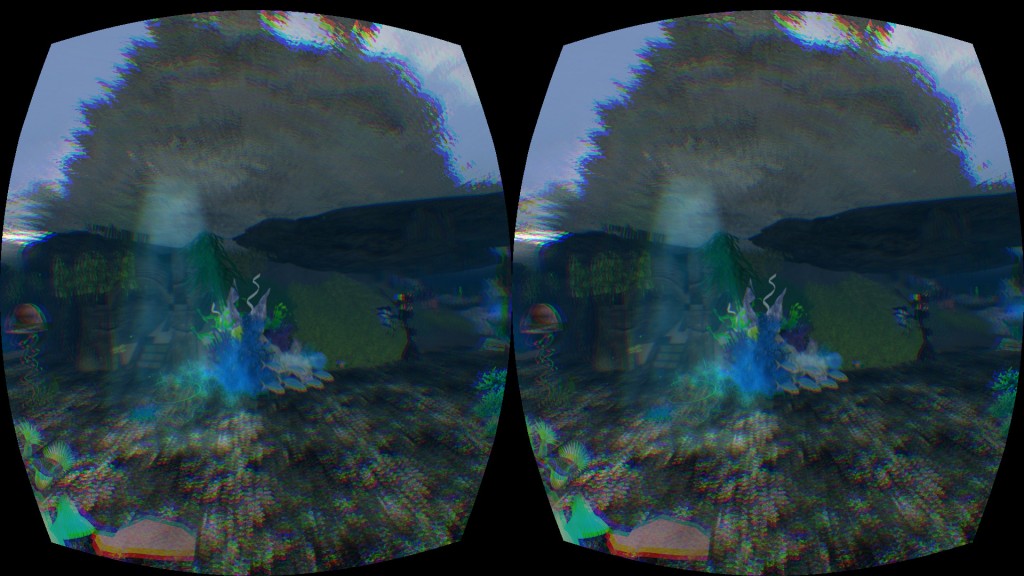 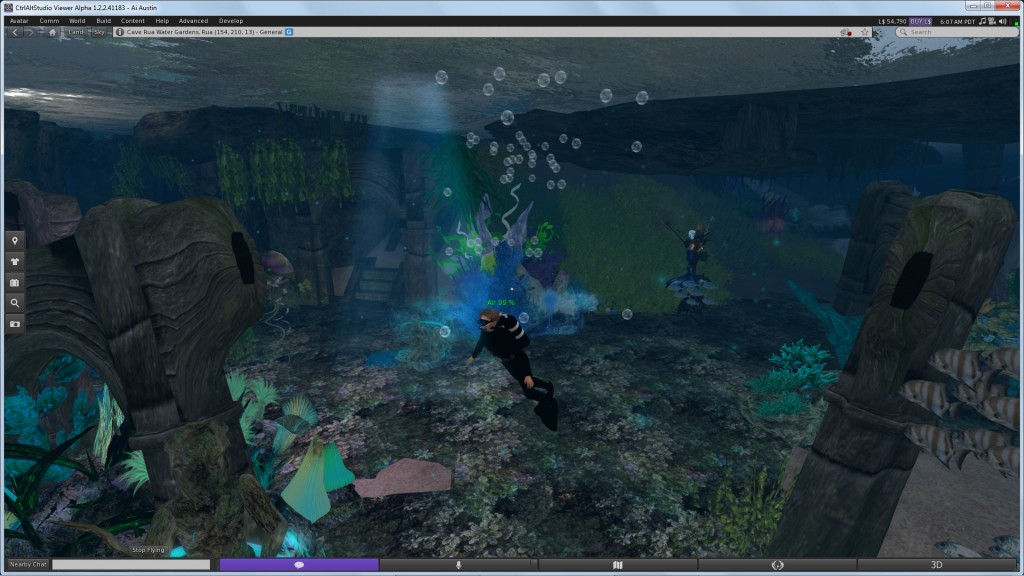 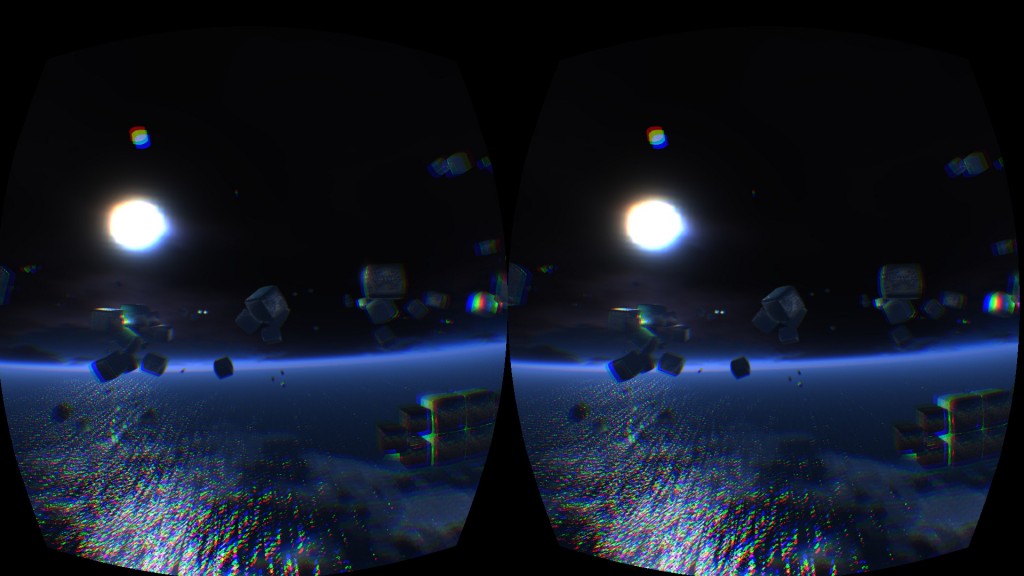 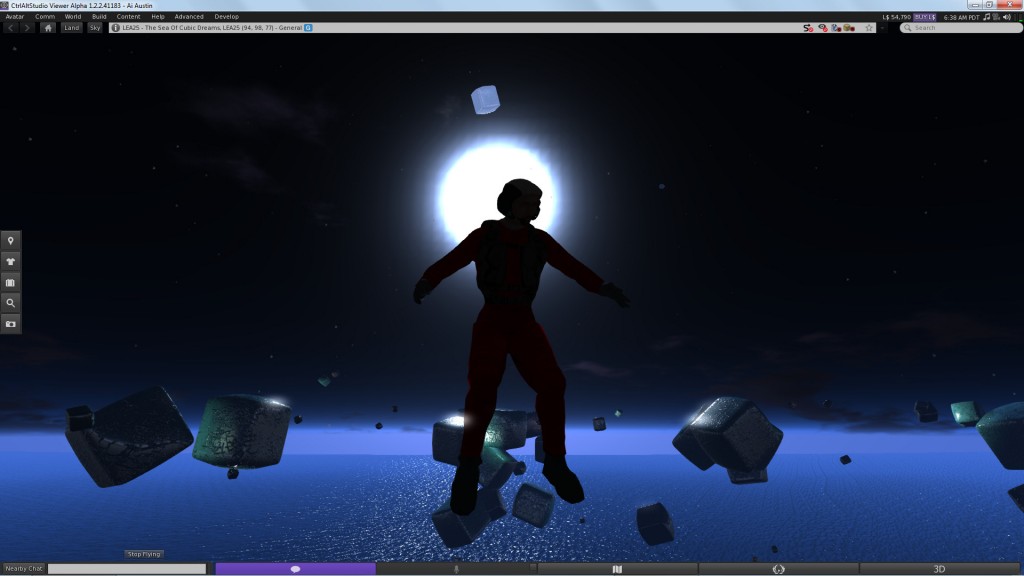 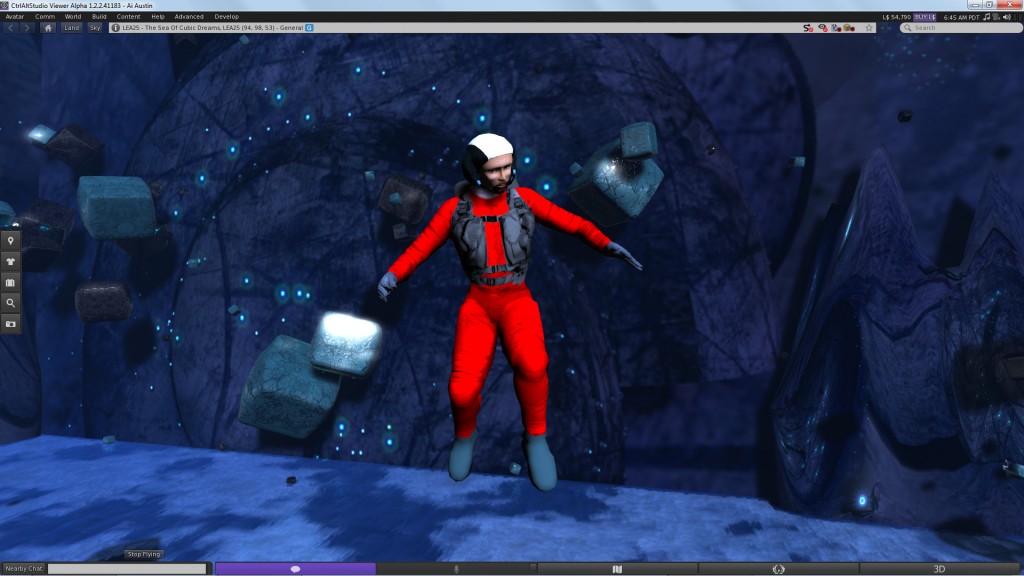 The CtrlAltStudio read me and Rift set up notes say to use “Landscape” mode for the Rift. But the method to achieve the correct orientation can vary. I found that in the Windows “screen resolution” control panel, the Rift display defaulted to “Portrait” labelled mode, even though the thumbnail picture showed it looked like landscape, and that was the correct orientation. The Nvidia Control Panel showed the Rift also as in Portrait mode, but there the thumbnail was 90 degrees rotated and looked like portrait. 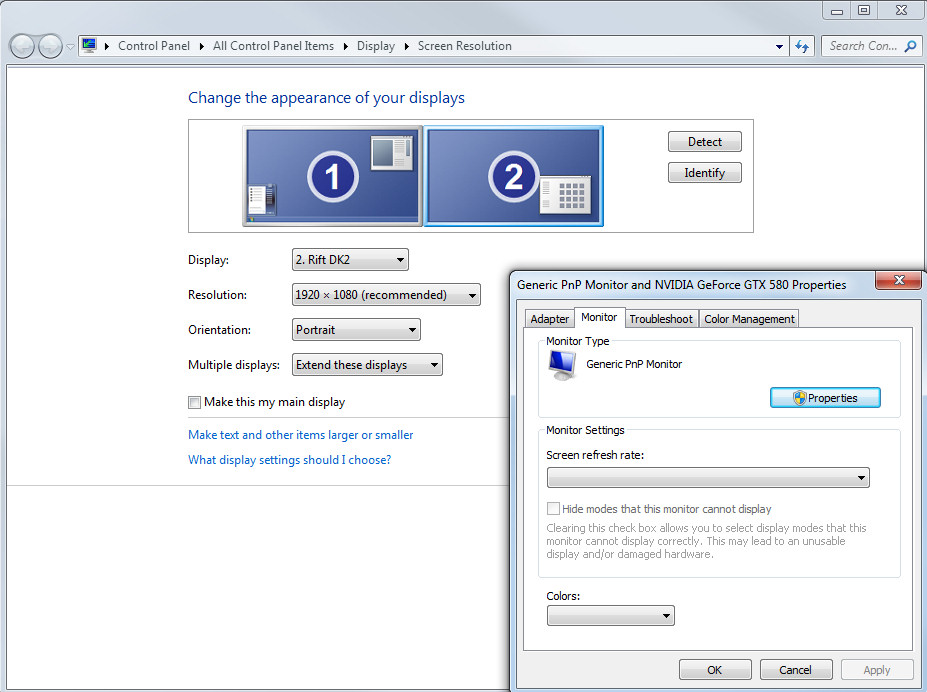 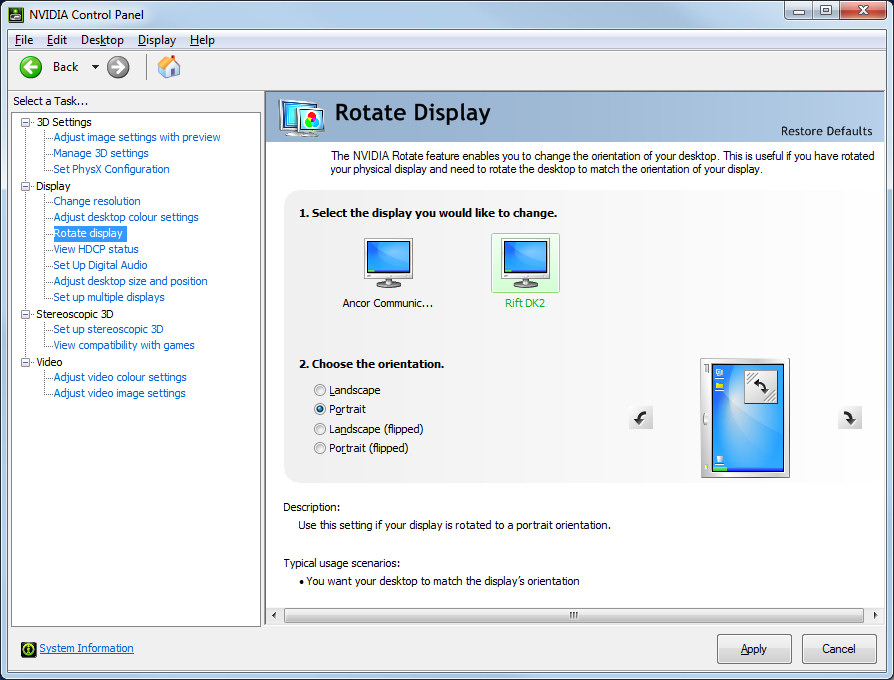 If the Rift display looks like its rotated 90 degrees to what you expect. Change things so its in the right orientation by one method or another.

There is a recommendation to drive the Rift DK2 at 75Hz for the smoothest image. The Windows Screen Resolution “advanced settings” area did not give any refresh rate options for the Rift monitor slot – showing it as a generic pnp monitor. But the Nvidia Control Panel did show refresh rates of 75Hz (preselected), 72Hz and 60Hz. 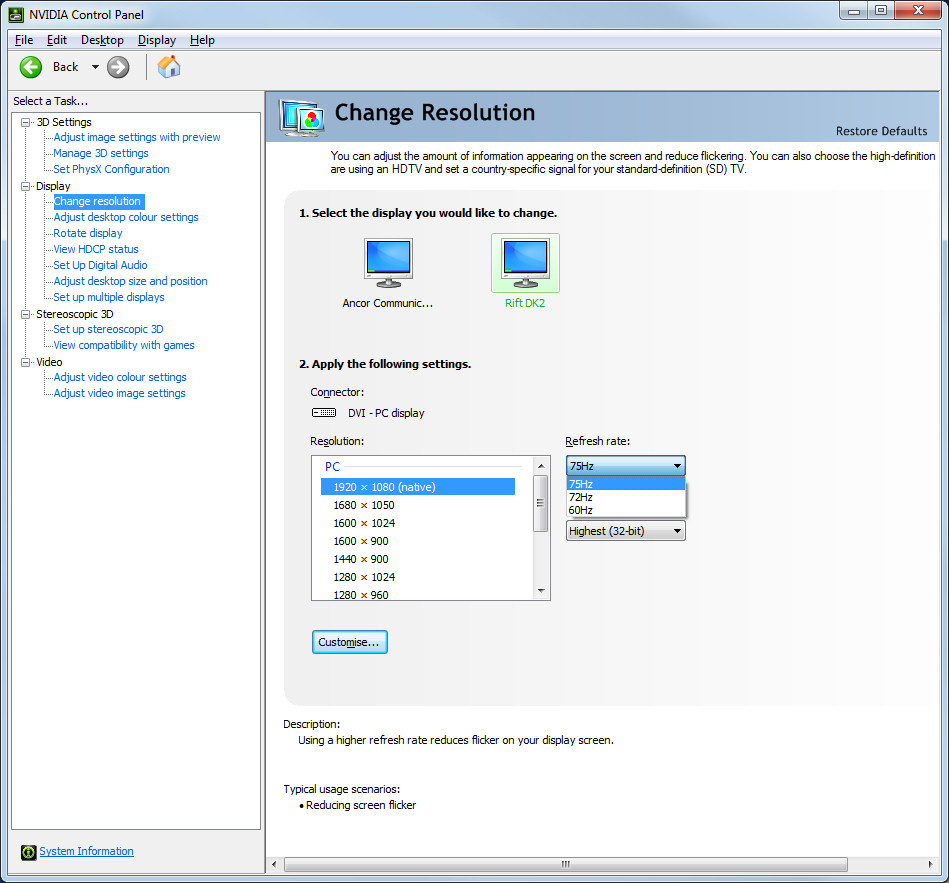 The CtrlAltStudio viewer can use the “Xbox 360 Controller for Windows” game pad (Wired or wireless) as an input device, which assists in controller the avatar movement and camera control without having to fumble to find keys on the keyboard. I did find though that the current default settings for the control of avatar and camera movement were a bit sensitive, and drift continued after the sticks were released. The zone of movement of the various axes gave inputs of -1.0 to +1.0 with a central released position should be 0.0. But the controls can stick a little off the zeroed position, and I found that mine could stick at about +/-0.2. The “dead zone” adjustment to allow for this was set at 0.2, so sometimes the movement was continuing. Changing the deadzone to 0.25 fixed this, but 0.3 seems safer.

I also adjusted the sensitivity of the main X,Y and Z controls by adjusting the scale from the CtrlAltStudio provided values of 0.3 to 0.4. This means you have to move the sticks further before your avatar breaks into a run. 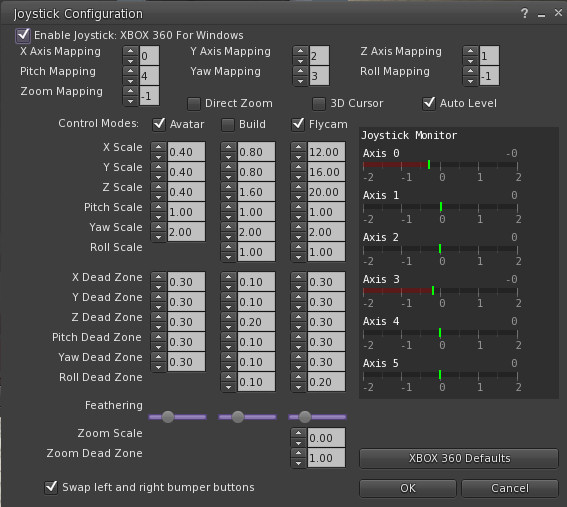 Others have made suggestions for suitable settings for the Xbox 360 controller, e.g. at

As noted there, “feathering” is to make your controls feel mushy, or slow. When you start or stop moving the flycam/avatar there is a delay that can either give a nice dramatic slow camera movement (when slider is to the left), or a wobbly flicker of camera (slider towards the right). I left this on the defaults provided by CtrlAltStudio.

For Nvidia GPU users, 3D settings can sometimes also be changed via the Nvidia Control Panel “Manage 3D Settings” tab which allows for program-specific overrides of some features.. including refresh rates in some setups… though not for my Nvidia GTX 580 or 690 GPUs. 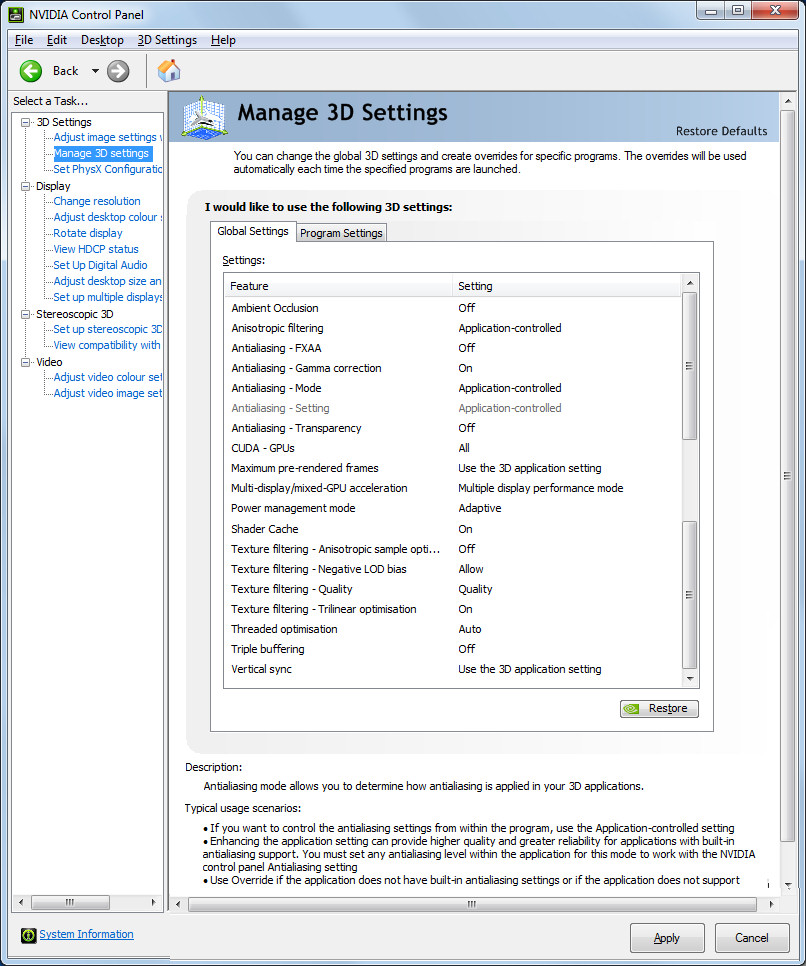