Jim Clark Cars on Forth Bridge 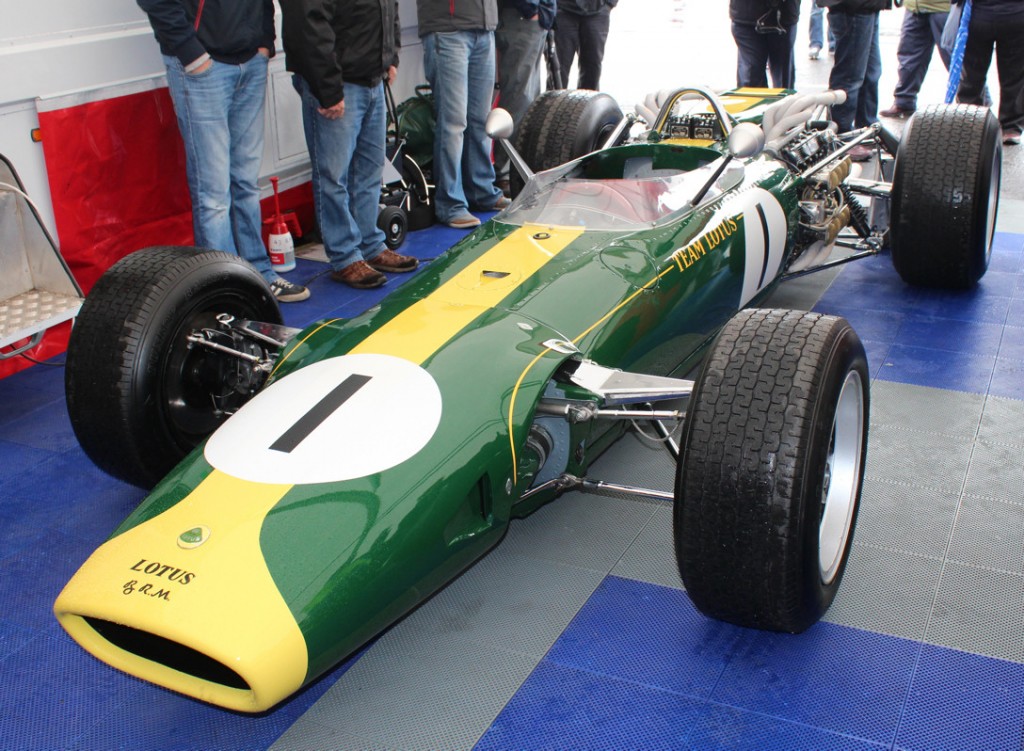 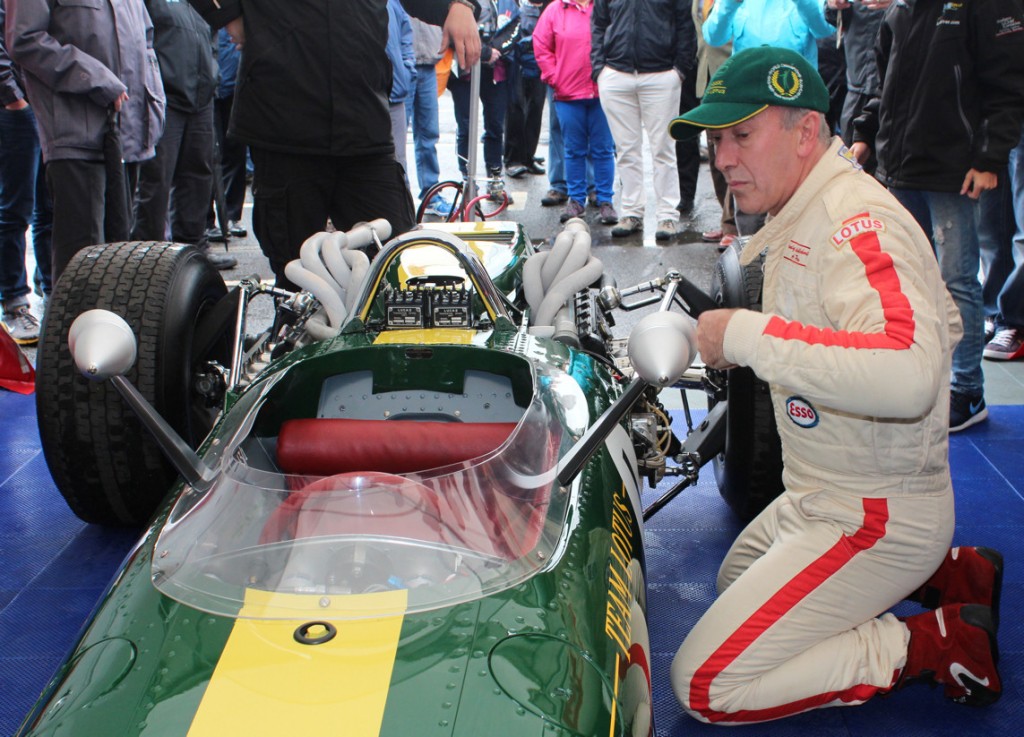 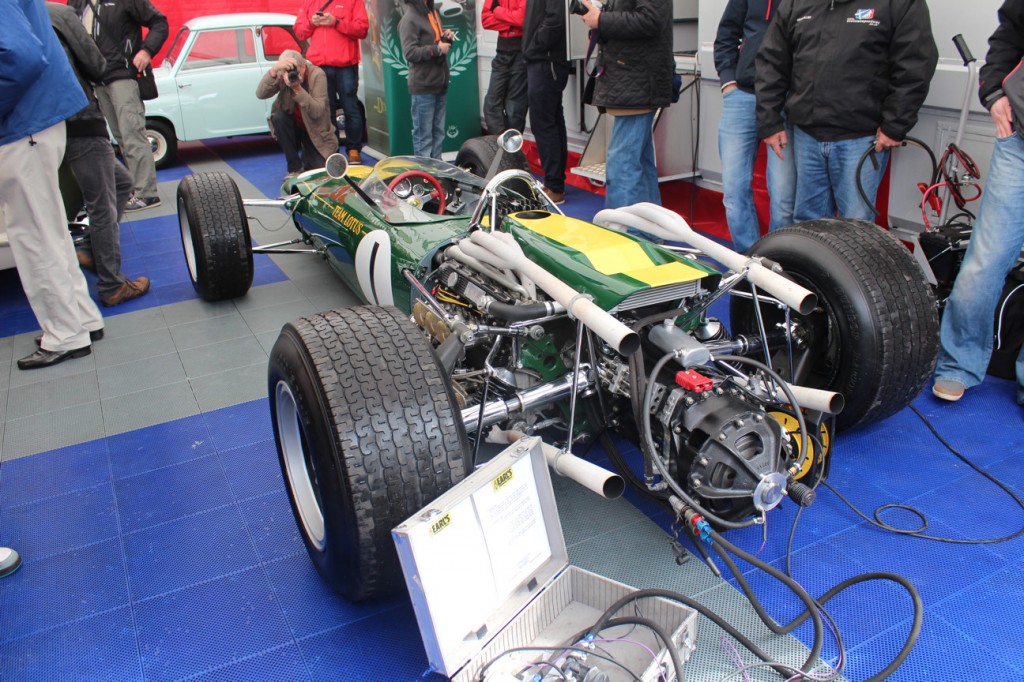 Jim Clark’s own road going Lotus Cortina was there, and his Lotus 43 with it’s BRM H-16 engine. 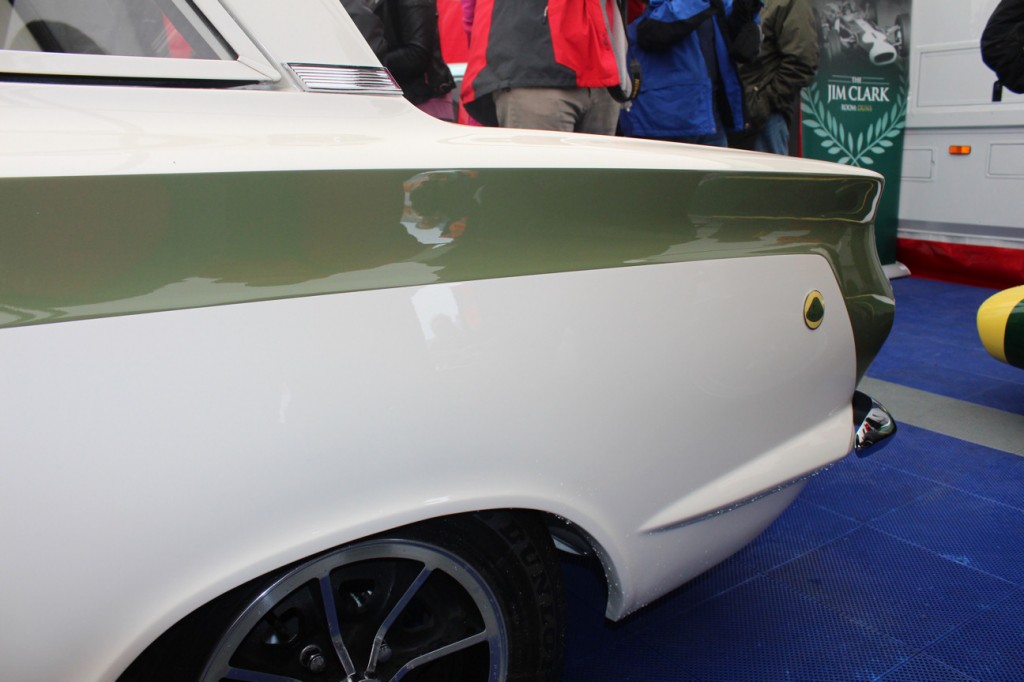 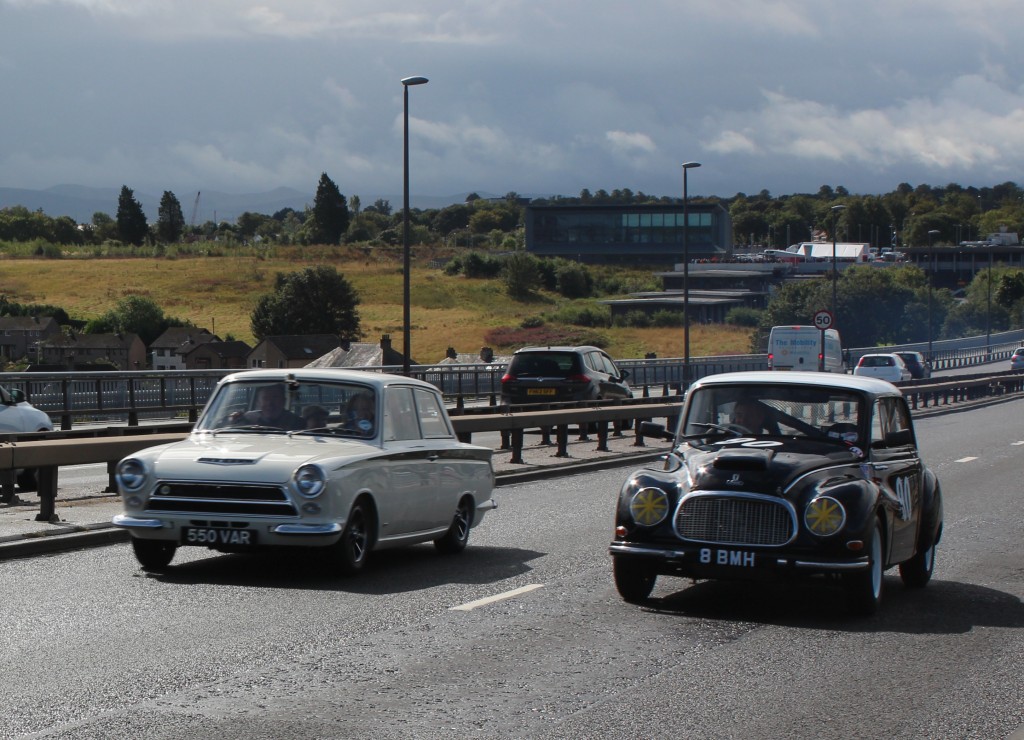 Run over the Forth Road Bridge

It’s not every day that you see a Formula 1 car from the 1960s crossing the Forth Road Bridge…. speed limit does not apply… 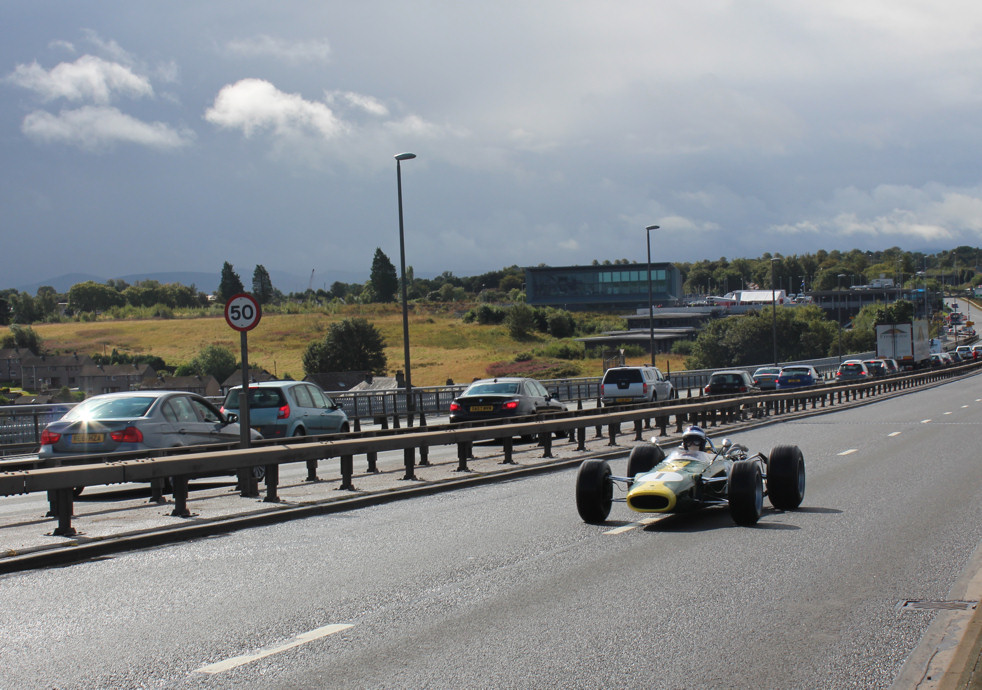 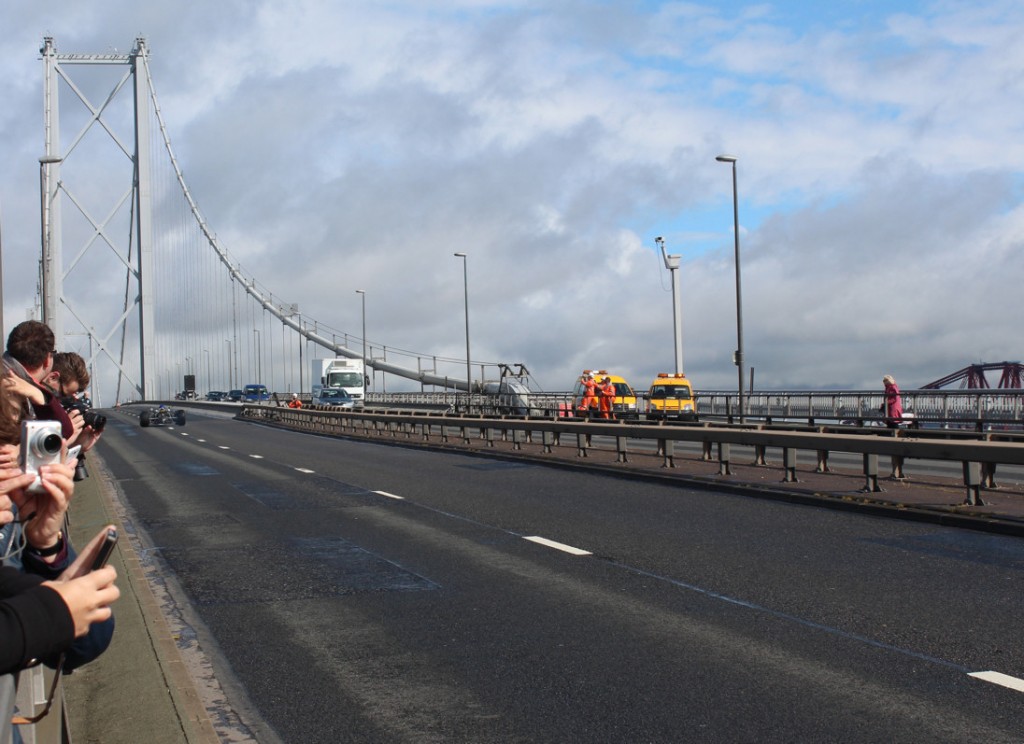 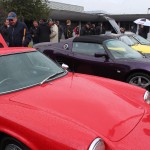 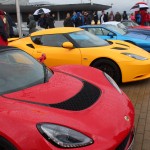 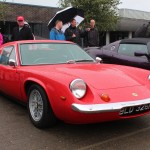 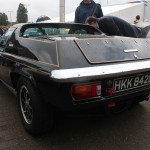 This entry was posted in Motor Sport and tagged Forth Bridges, Jim Clark, Lotus, Motor Racing. Bookmark the permalink.

1 Response to Jim Clark Cars on Forth Bridge