It is some years since I experimented with realXtend, which originally spun out of the OpenSimulator community code base, but quickly added mesh capabilities, long before this became the norm in OpenSim and Second Life. The quality of the image from one of these early tests of realXtend version 0.1 by me in 2008 is shown below, and its far more detailed than the simplistic prim worlds allowed at the time in OpenSim and Second Life. 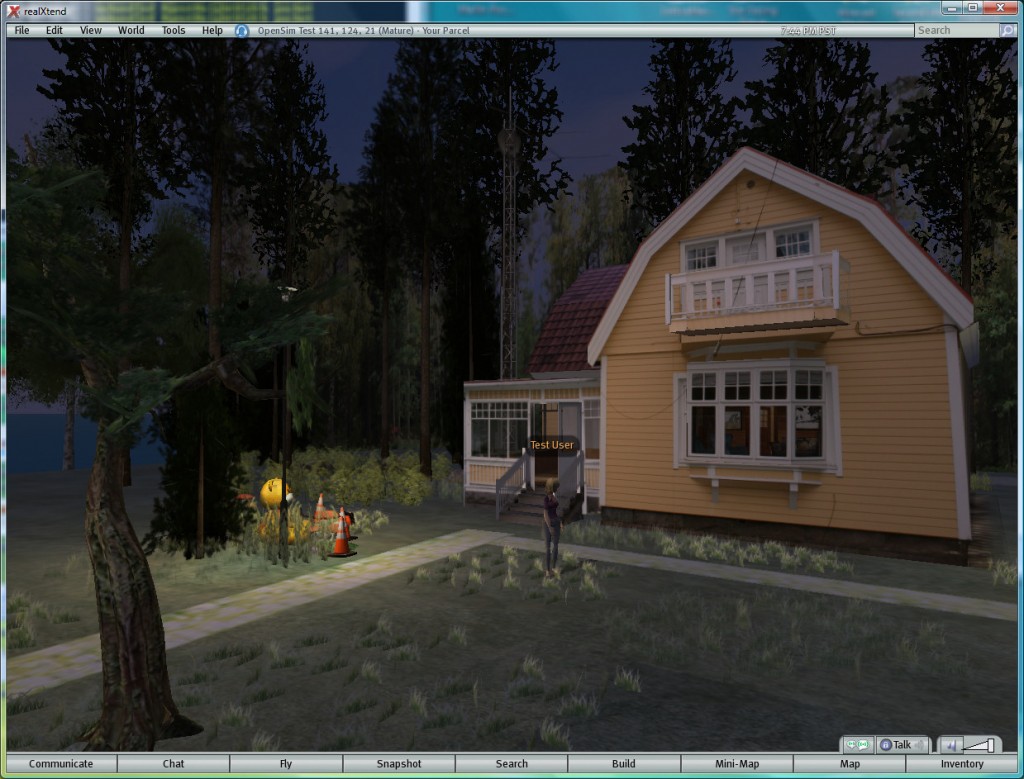 This blog post is to collect resources and web links as part of exploring the most recent version and the associated technology of a browser based viewer, Moonmesh, which may be relevant to future browser-based access to OpenSim. realXtend and Meshmoon are included in a list of enabling technologies which may be used in recent EU technology innovation bids (in September 2014) see for example this news blog post…

The latest server side versions are called realXtend, the viewer client is called Tundra and there is a web-based client called WebTundra. Meshmoon is a platform for showcasing realXtend and related applications and technology. 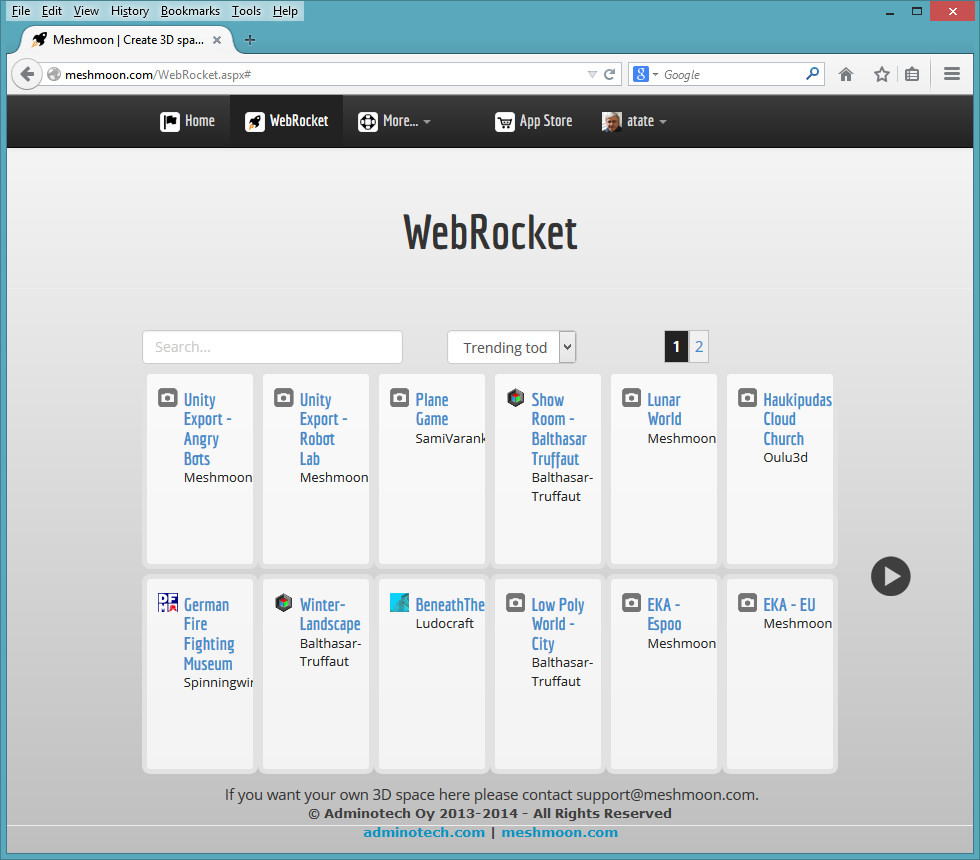 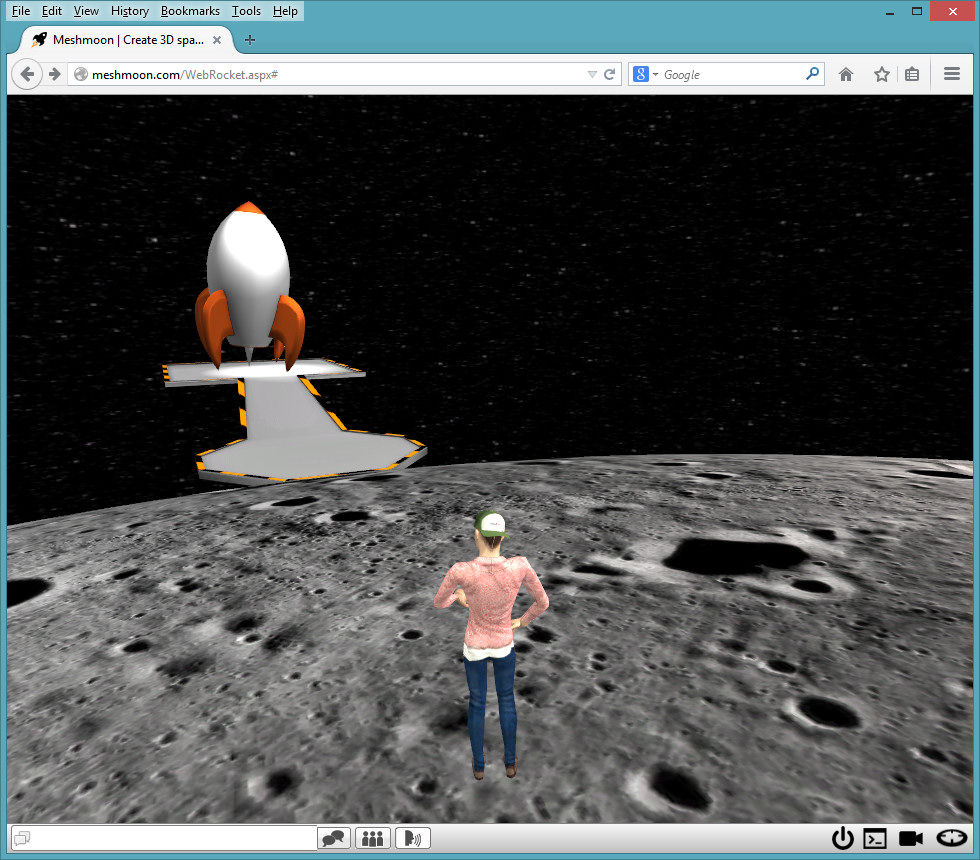 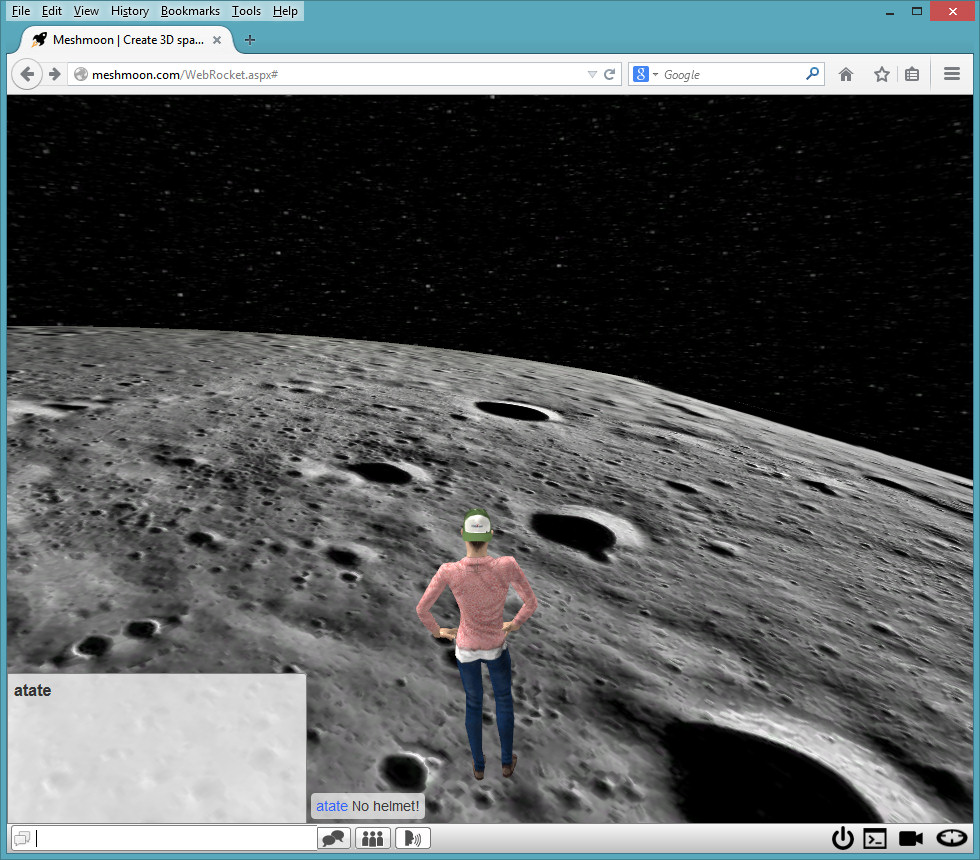 The avatar does not appear to be customizable and is definitely NOT wearing the correct head gear for the Lunar surface! 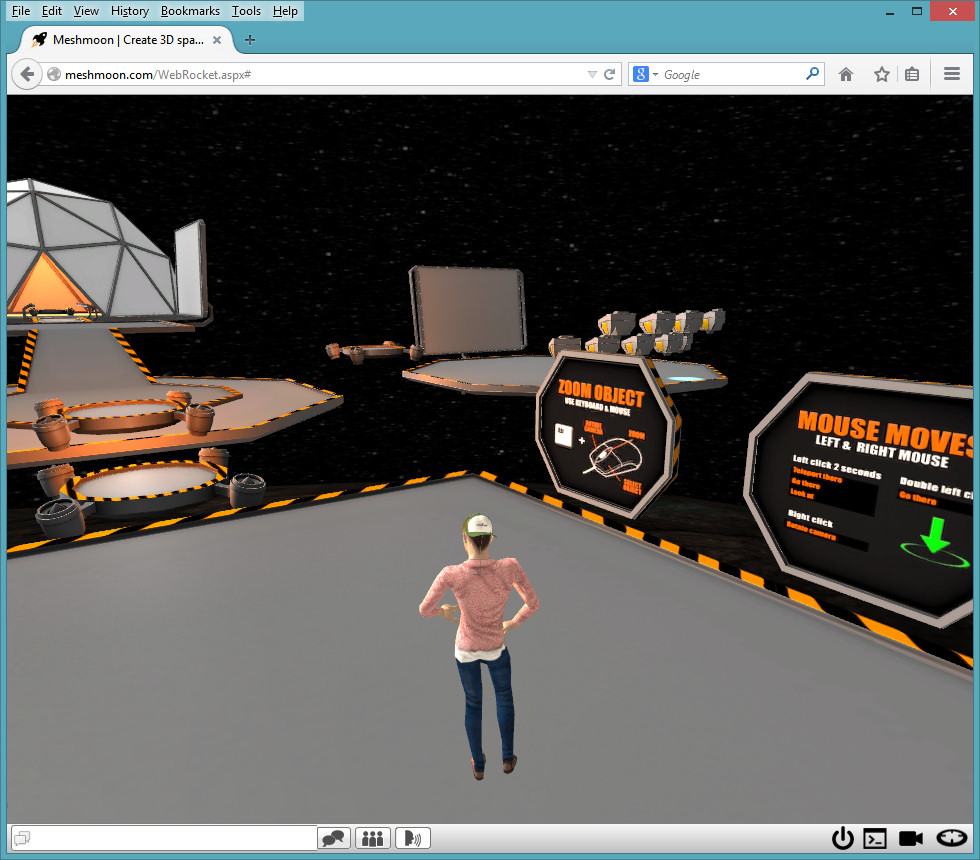 A “Circus” demonstration world is available to download at
http://tundra.ludocraft.com/circus/. 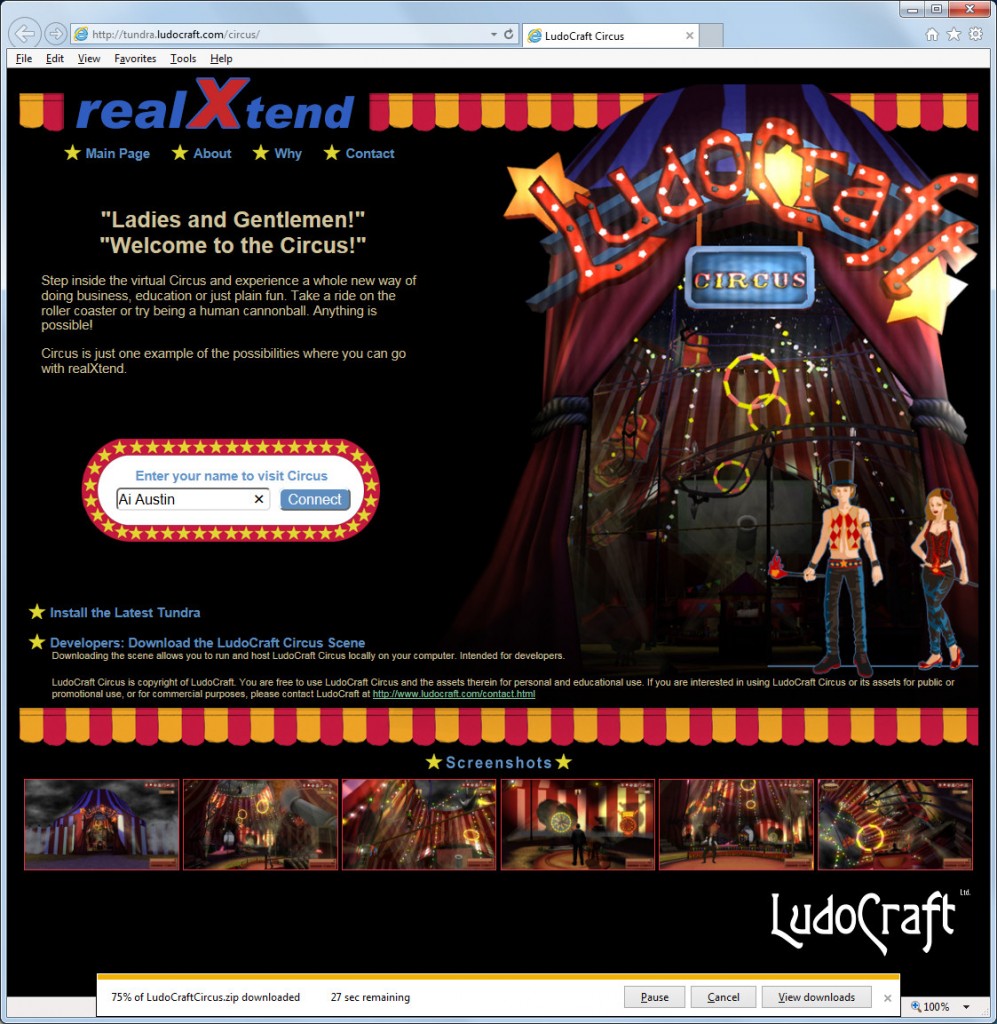 The example on the web page did not launch for me, even after manually associating the Tundra file that should be used with the preinstalled Tundra .exe file. It simply reported that Tundra had started but no active scene was selected. However, with the realXtend Tundra client installed, I was then able to download and unzip the Circus demonstration example into a suitable location and open the CircusScene.txml (Tundra Scene File) within it which launches Tundra and opens at the entrance to the circus tent. There is no documentation I could find on installing and running the Circus demo within the web page or the zip file… so its difficult to know what you do next. The arrow keys do not move the viewpoint and none of the icons except the information “i” does anything I can see. The camera could be moved about with the mouse and spacebar and “C” did shift the viewpoint up and down. No avatar is visible. 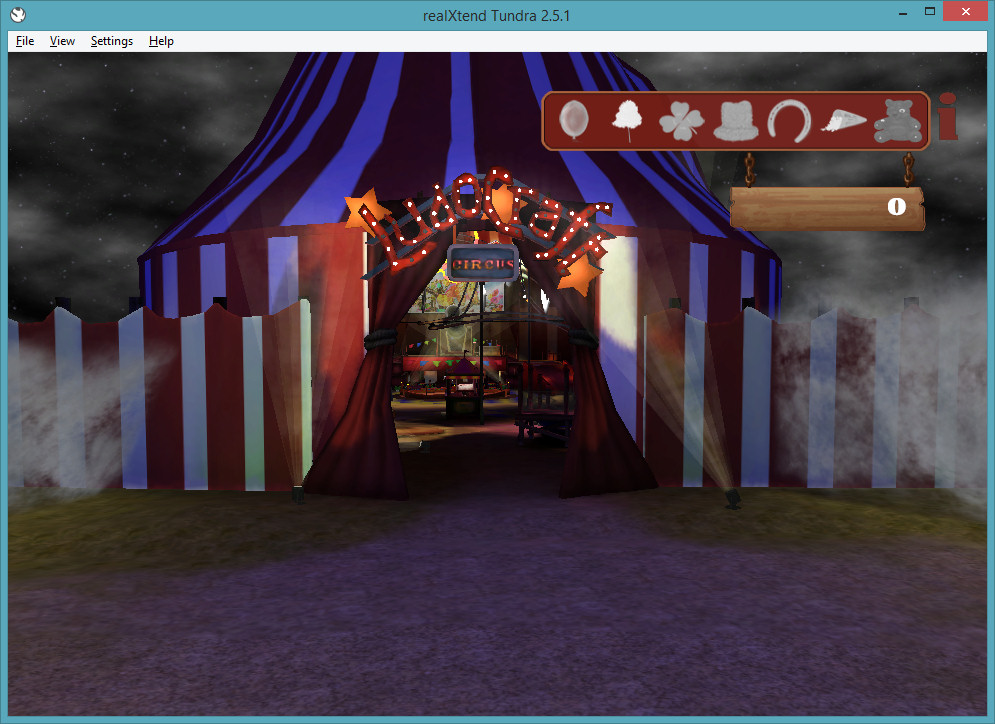 realXtend and Meshmoon use the OGRE 3D XML-based format for meshes (.scene, .mesh, .skeleton) along with a realXtend overall description (.txml). Converters, for example for Blender are available. See

A utility to export some parts of a Unity3D created world into Meshmoon is available here… along with a demonstration of such an export that can be run in a WebGL/WebSockets browser such as Firefox… via http://meshmoon.com/webrocket/unity3d. The demonstration does allow the usual avatar movement via the arrow keys, spacebar for jump, etc. and the movement of the camera with the mouse. 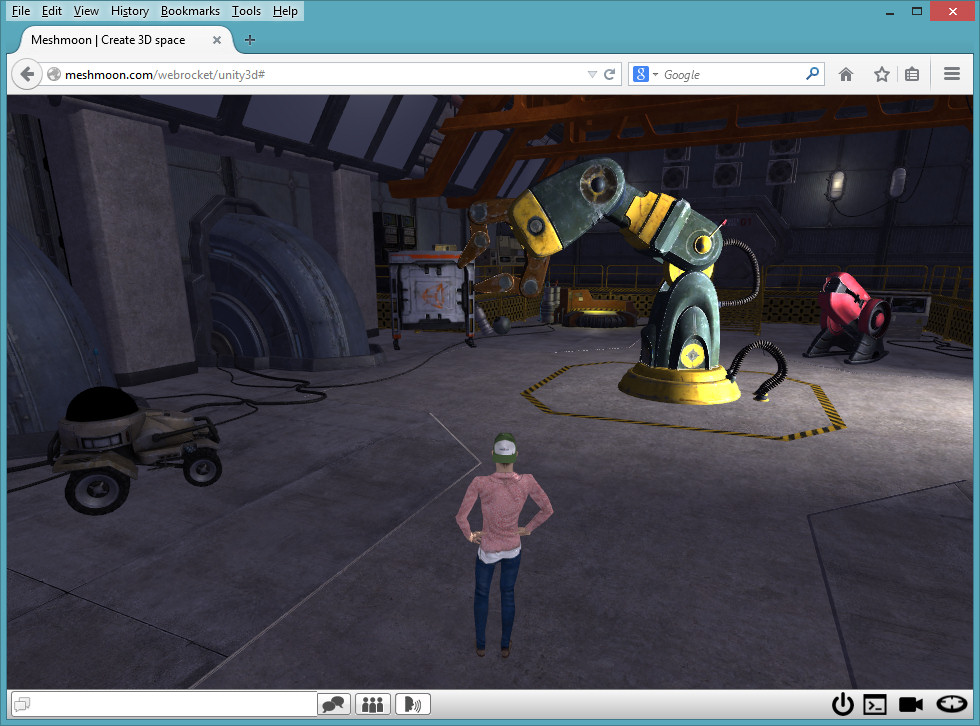 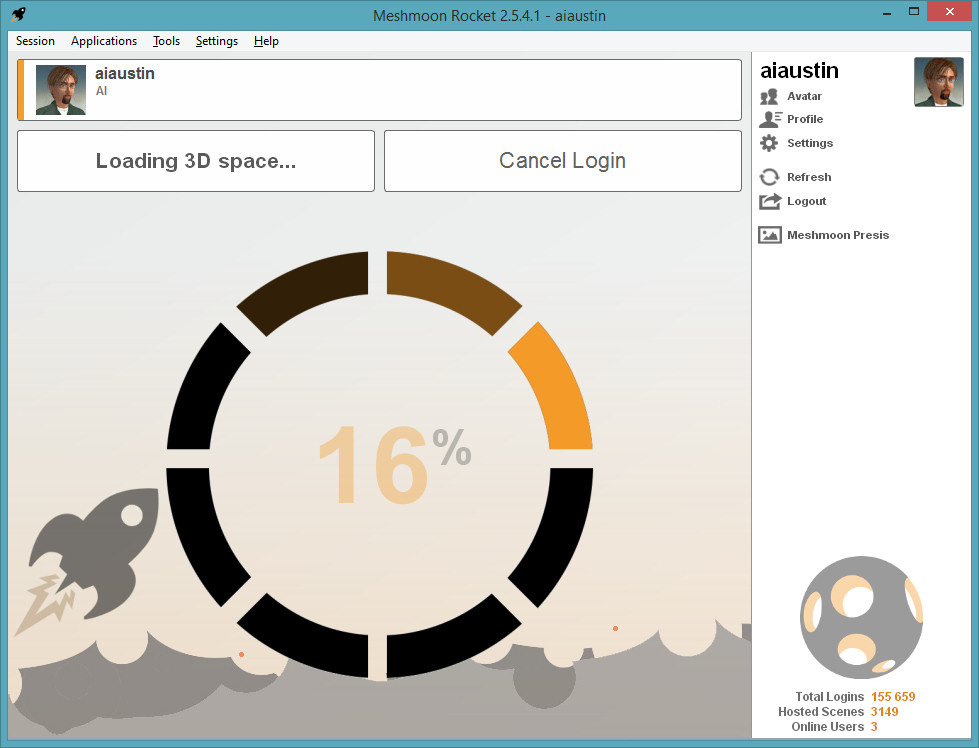 A 3D space can be created via the Meshmoon web site (in my example for avatar “Ai Austin” username: aiaustin) using the Meshmoon Education program (MEP) credentials – see below. This space is called “Ai” and can be “launched” via this Rocket URL… 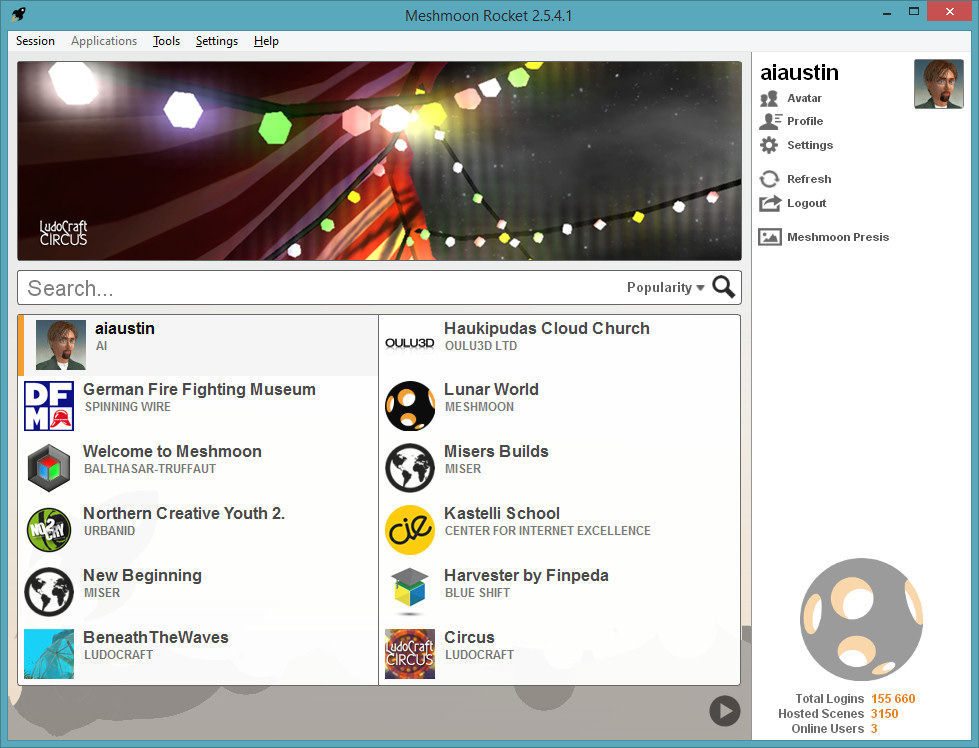 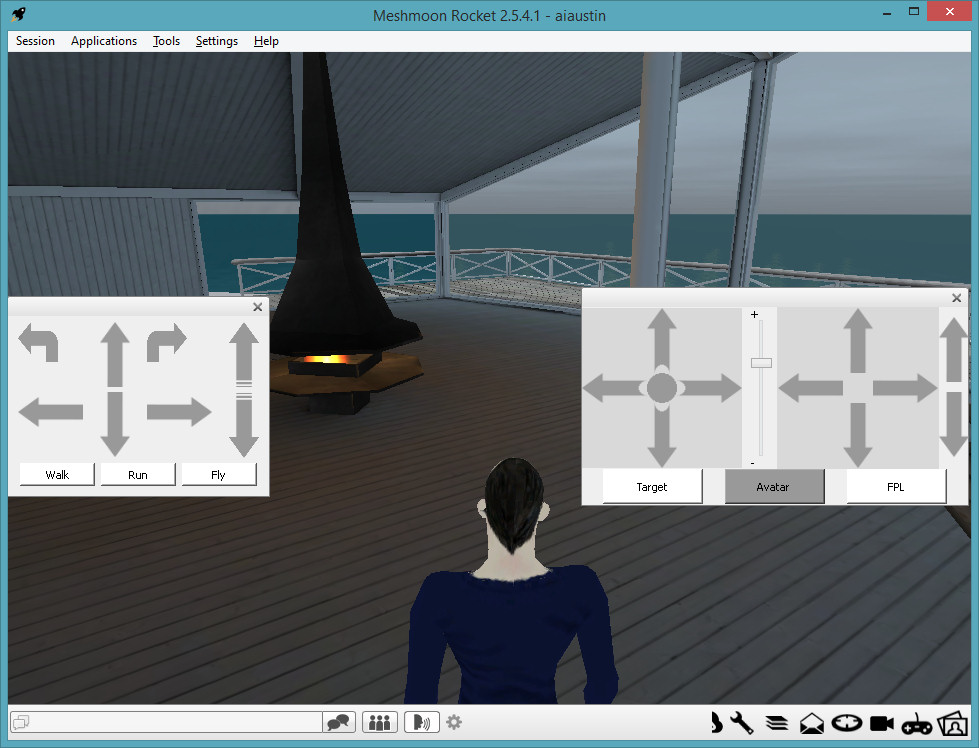 Support is offered to educators via the Meshmoon Education Program (MEP) supporting up to 100 accounts via a coordinator. I have signed up as the Coordinator on behalf of the Virtual University of Edinburgh. So I am point of contact for anyone within ed.ac.uk wanting to explore with a free 3D world at present. Contact me at a.tate@ed.ac.uk