More testing of the Oculus Rift DK2 in Second Life using the Linden Labs Project Viewer 3.7.18 (295296). Check if a later version has been released. This version uses Oculus SDK 0.4.2 Beta so still works with the Rift DK2 in “Extended Desktop” mode rather than the preferred “Direct to Rift” mode which it is hoped will be supported as soon as some OpenGL issues with the Oculus SDK are sorted out. 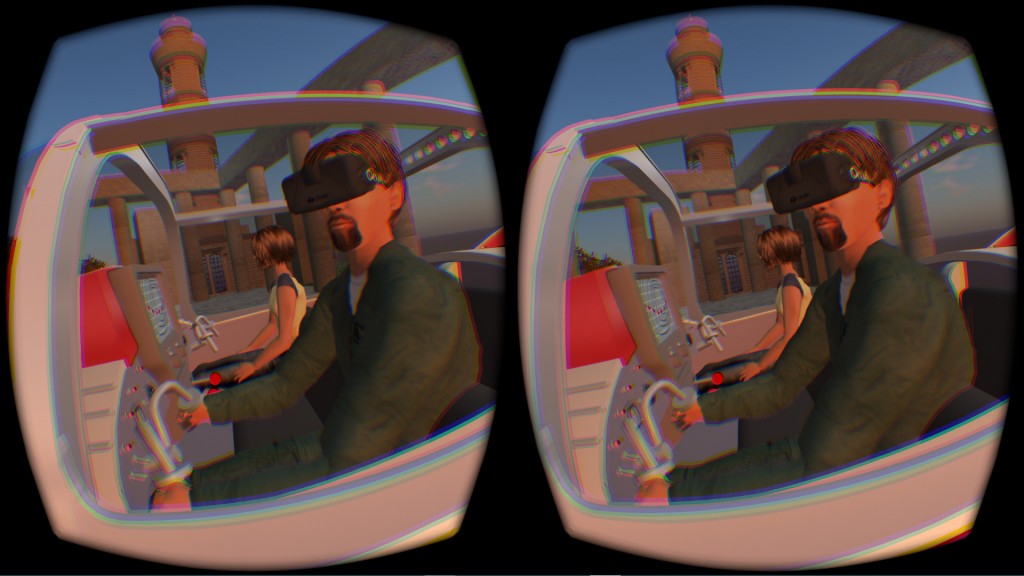 The Release Notes provide some helpful advice on getting a good frame rate and improving the visuals. As well as a button to toggle between normal and HMD modes there are a range of keyboard commands relevant to using the Oculus Rift.

The User Interface elements are now showing at a comfortable viewing distance, and there is a lot of customisation possible if the default does not work well for you. All UI elements can be turned off when in HMD Mode with Ctrl+Shift+U. However, the “Stand” button that shows when you are seated on an object or in a vehicle, still shows even when the UI elements are off. This interferes with the immersive effect. This has been reported at JIRA RIFT-179 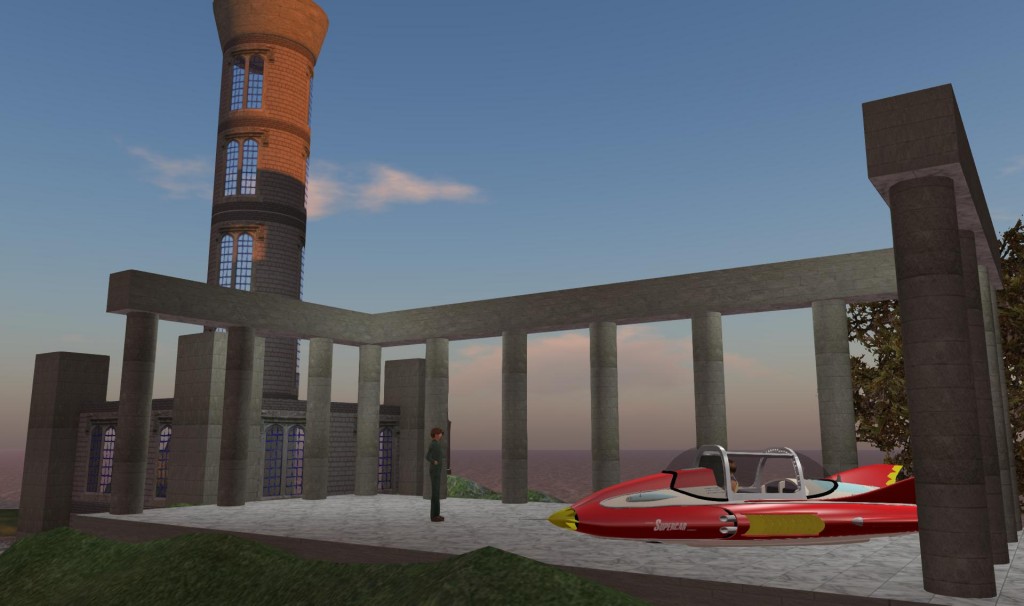 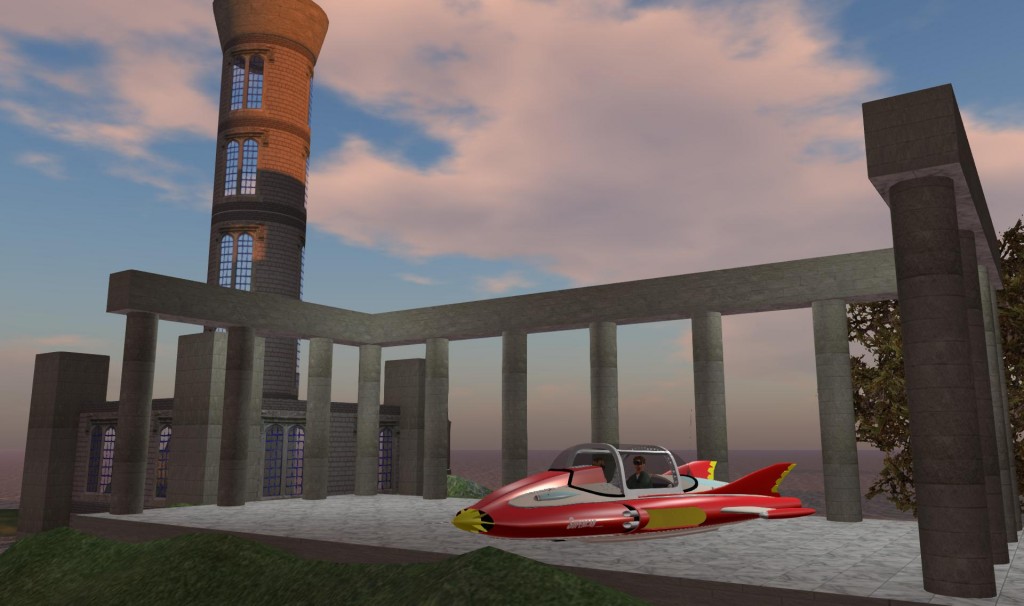 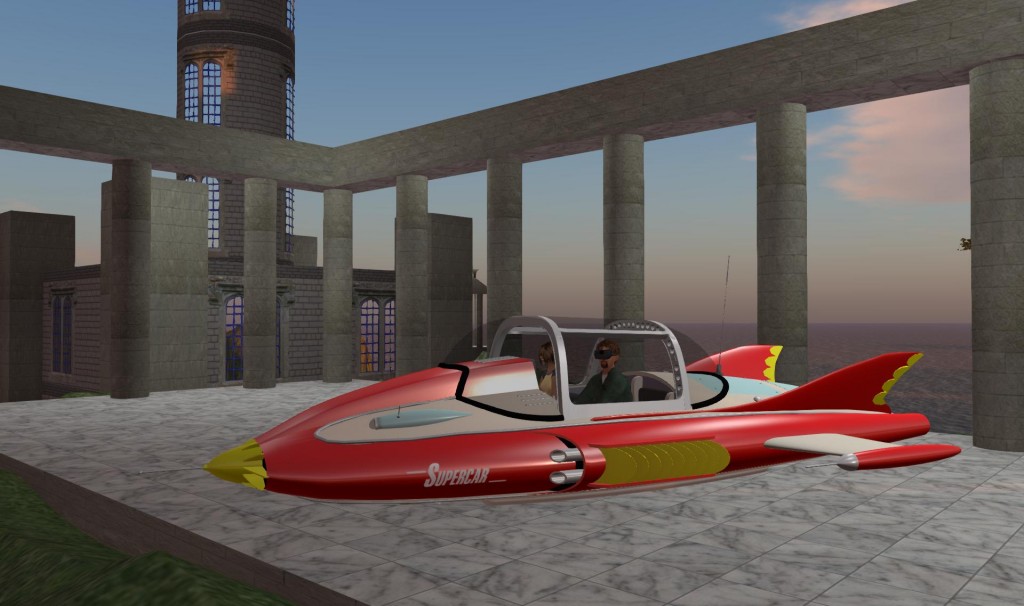 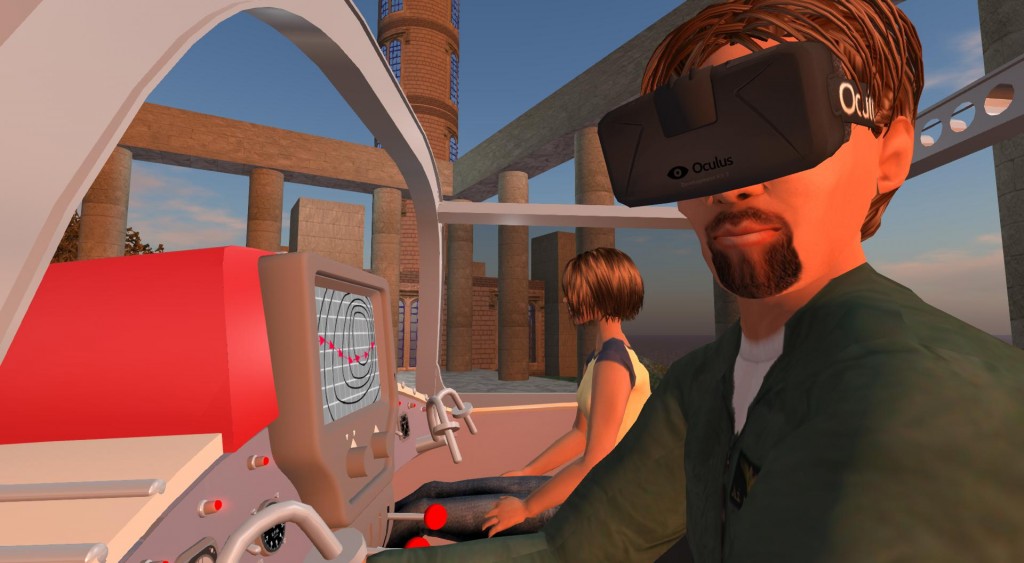 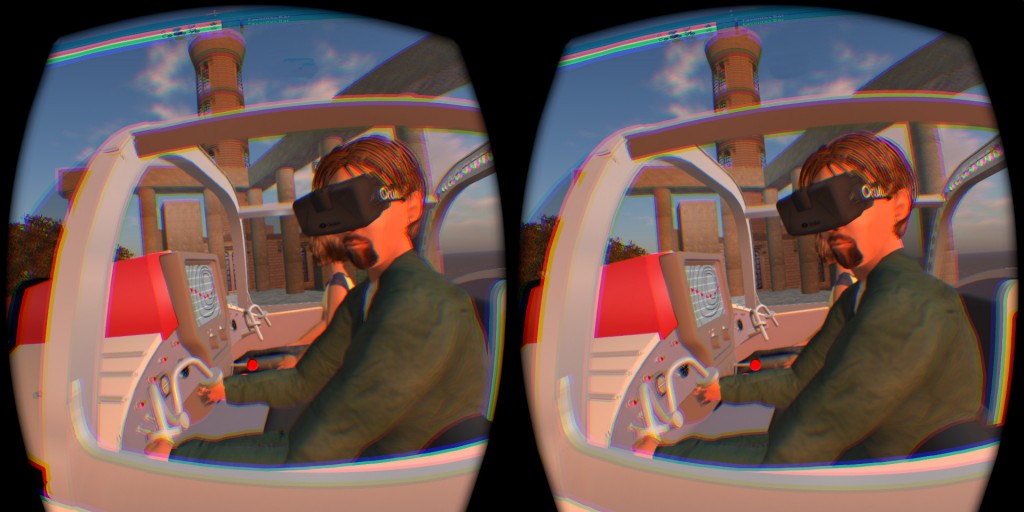 The Space Navigator, a useful 3D controller to allow for avatar and camera control, is not yet properly working in the current version of the experimental RIFT viewer. When using it for the camera (“Flycam”) in the HMD mode, the image is flipped on its side.