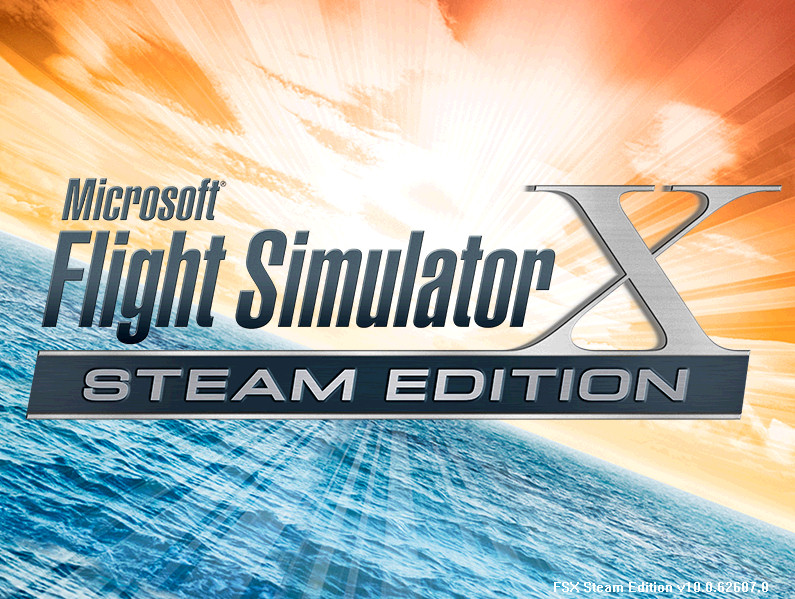 Dovetail Games has licenced Microsoft Flight Simulator X (FSX) to update and make it more widely available. A version was released by them on the
Steam Platform on 18th December 2014.

Microsoft Flight Simulator X: Steam Edition is available on Steam for Windows PCs. Find where the Steam FSX installation was placed on your system (…\Steam\steamapps\common\FSX) and then the main Supercar craft can be added into the SimObjects/airplanes folder with other items going into their respective folders as usual.

The FSX version of Supercar (latest: version 5.0 1-Jan-2013) has been tested to work in FSX Steam Edition. 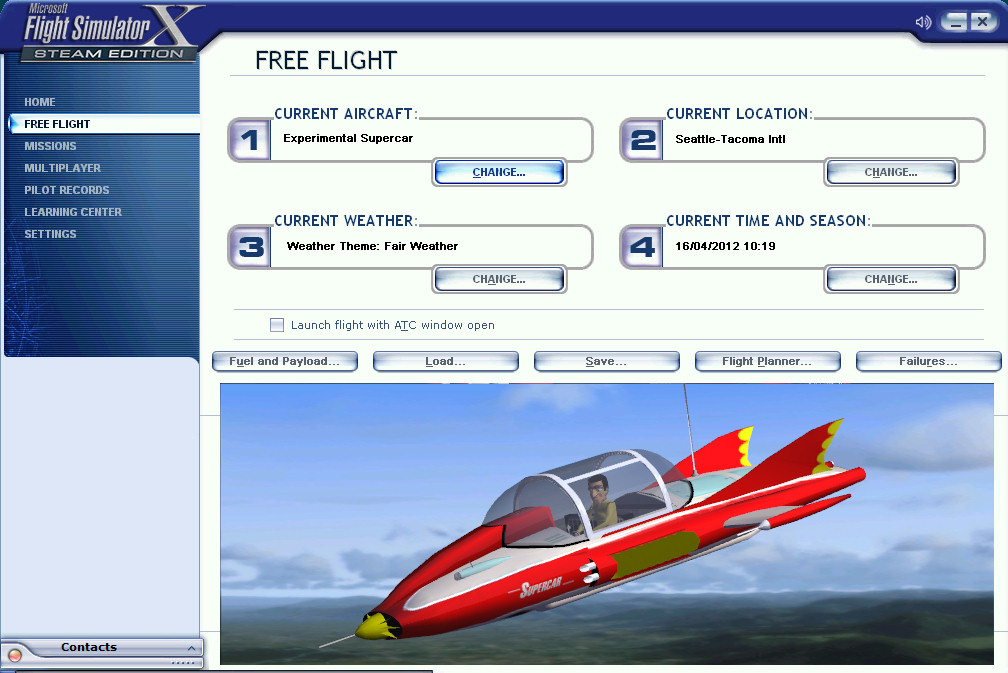 Here she is in flight… 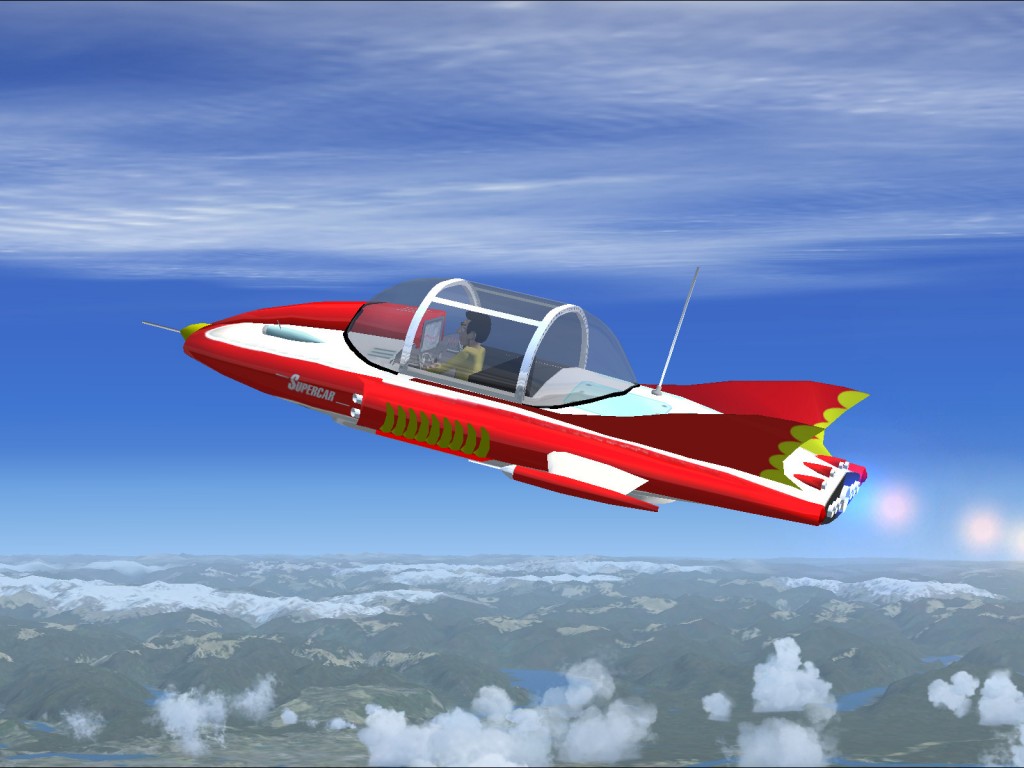 And here on the surface of the sea off Knight Inlet in British Columbia… watch for the grizzly bear and cubs, dolphins, whales and eagles… and the floatplane coming in and out… 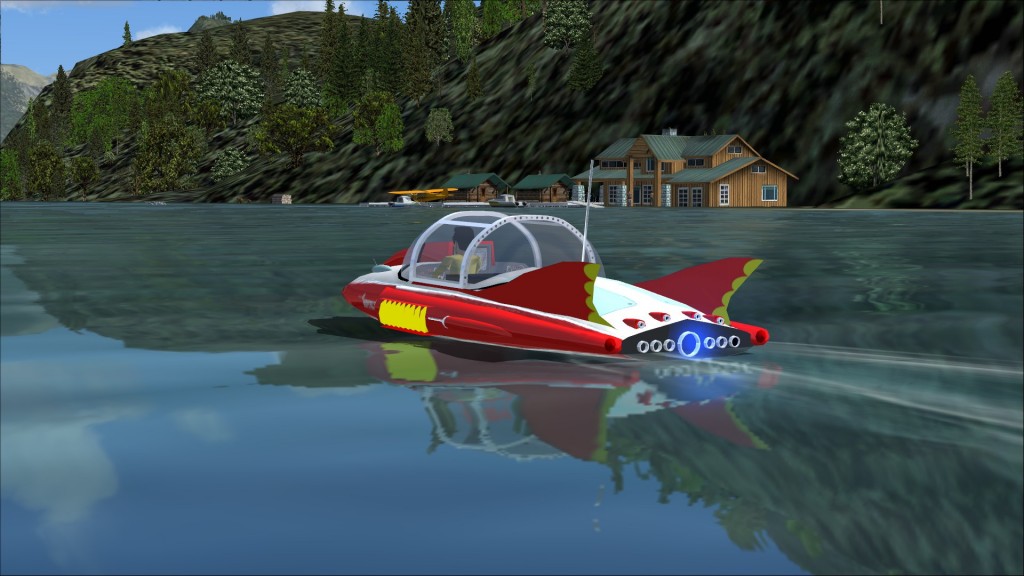 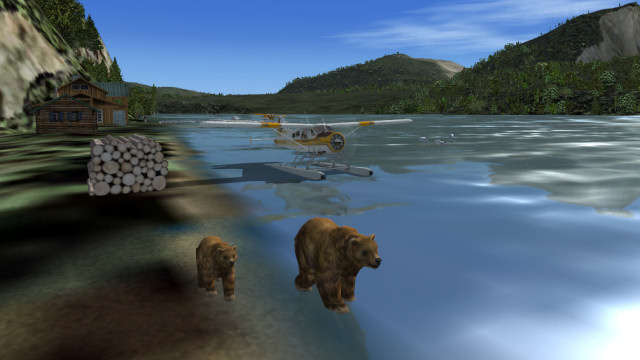 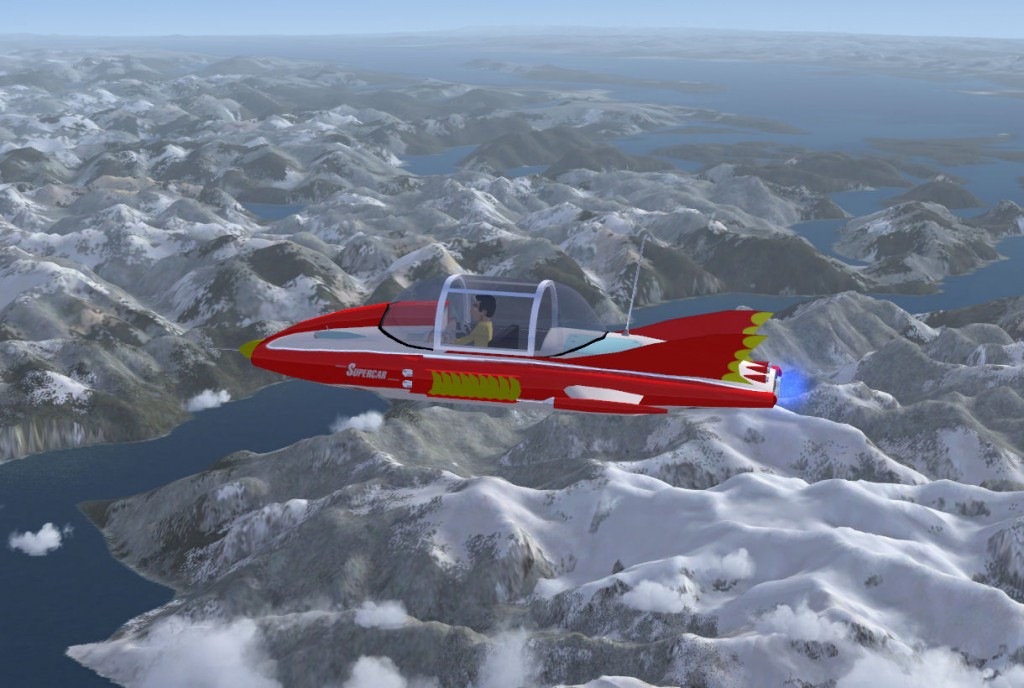 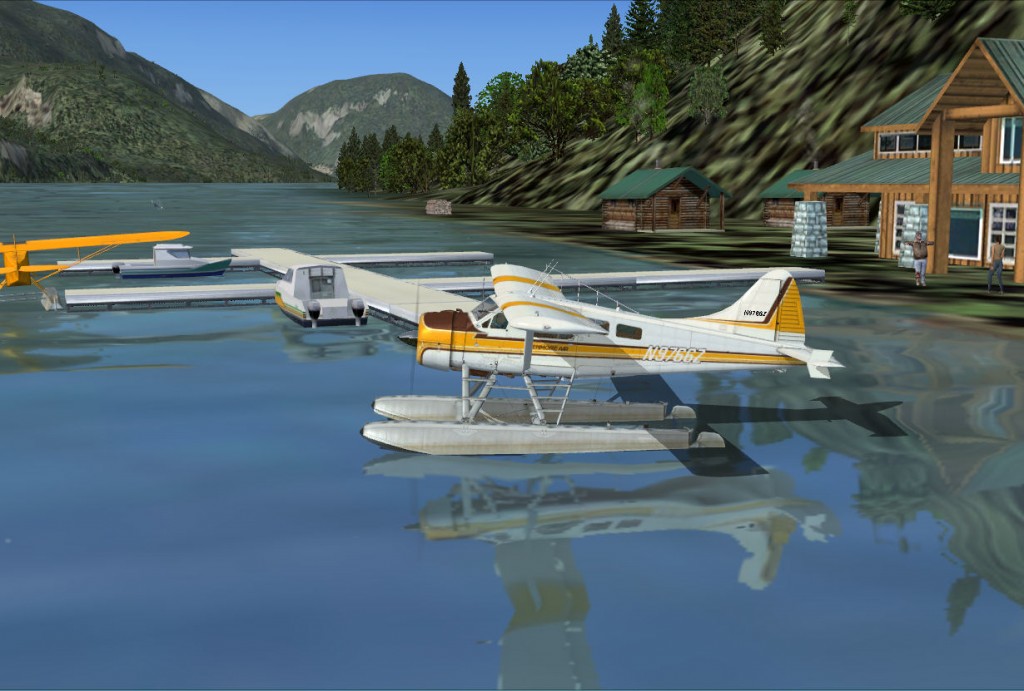 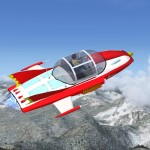 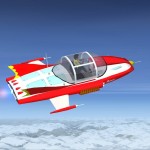 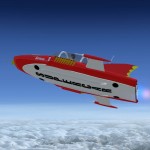 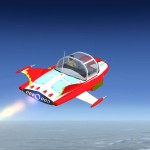 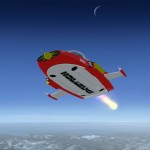 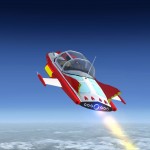 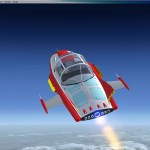 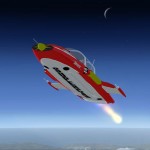 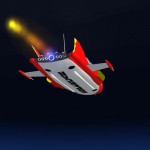 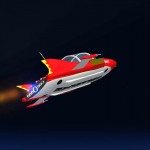 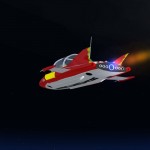 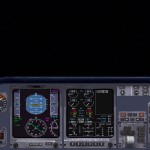 Supercar in DX9 and Preview DX10

FSX, including the Steam Edition at present, runs with DirectX 9 (DX9).. and in the latest release renders Supercar fine. Earlier releases of FSX had some issues with some textures showing black. However, if the “Preview DX10” option is selected, Supercar has textures which render as light grey… 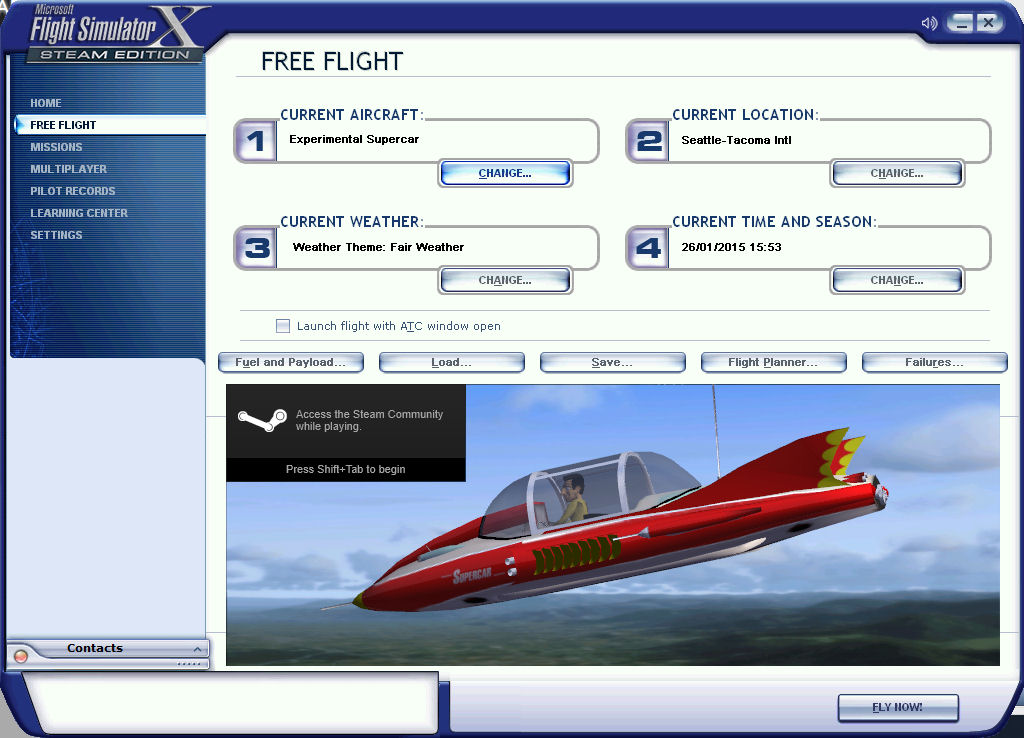 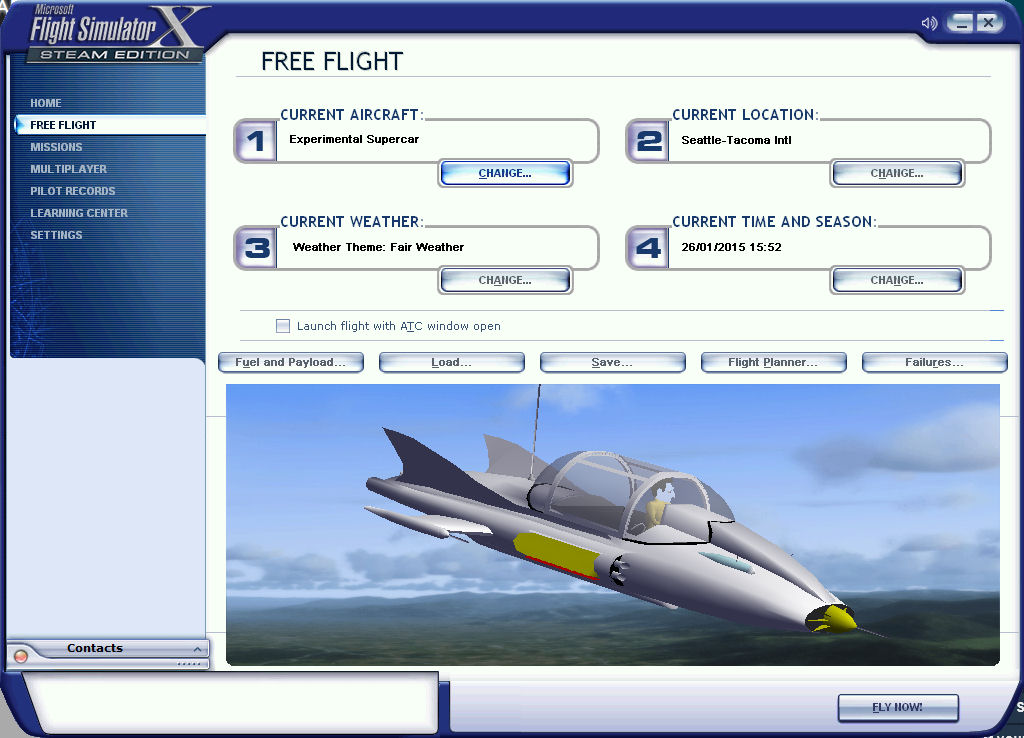 A tool has been created by Steve Parson (SteveFX) called “DX10 Fixer” which may help fix DX10 texture and other rendering issues with FSX. Blog posts on this at [1][2][3]