Mesh heads and bodies have become more common place in Second Life.. especially as the technology to allow for them to be adjusted by the usual appearance user interface and sliders, and to allow clothing to conform to the underlying shapes is now in place. I have been asked for my opinion on them for professional uses, where you might use a realistic 3D model of your own appearance, e.g. in a classroom or collaborative meeting context. 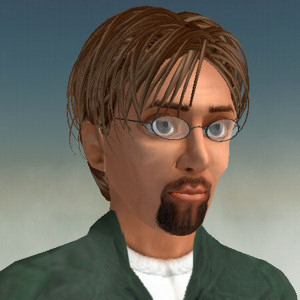 I have stuck with a single identifiable avatar appearance for my professional uses which has not changed in the last 7 years… though it renders better with more recent visual appearance technology in Second Life and OpenSim using good graphics cards, lighting and shadows. It is not based on my own real appearance.

Here are a few observations on the current status of mesh heads and bodies in Second Life.

Some offerings related to Mesh Heads and Bodies in Second Life include: