I have previously written in a blog post about the wide range of educational space and spaceflight simulators that have been created by educators, scientists and open source user communities. One of these was Celestia and its many educational and community add-ons including some for fictional star systems and spacecraft from Science Fiction. Spacecraft and other objects can be added into Celestial by providing a suitable 3D model in .3DS format, along with any associated textures and a “.SSC” file which gives details of the position of the object. 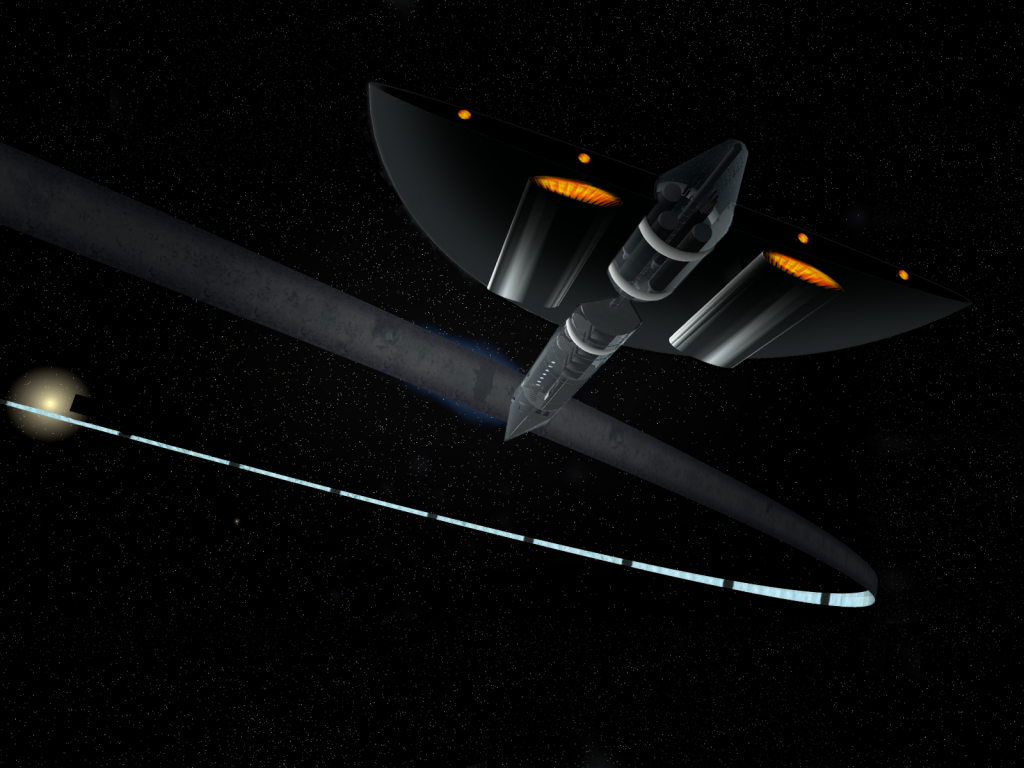 The “Ringworld” of science fiction writer Larry Niven is an artificial habitat that completely encircles its star – with a surface area about three million times that of the Earth. Having been built by the “Ringworld Engineers”, it has been abandoned for millions of years when visitors arrive. It has been realised in Celestia by Runar Thorvaldsen (rthorvald) and made available at…

Runar introduces the Ringworld for Celestia and it’s scenarios…

“In the book, a small group of explorers – both alien and human – arrives at the Ringworld, and proceeds to explore a small part of it – along the way discovering the ruined cities of a fallen civilisation that supposedly built the Ring several million years earlier… One can visit the Ring from all angles, dive beneath the clouds and see the Great Oval Ocean, the Fist-Of-God mountain and the Maps of Known Space. Or lock on to the Lying Bastard for a flight through the star system, or to any of the four protagonists for a trip through the Ringworld´s skies.“

Navigation in the Ringworld

Use <return> to select “Ringworld’s Star” and then use “G”(oto) to have Celestia zoom in (in Celestia 1.6.2.2 use <return> then tab or tab shift to select). You can then use “Navigation” -> “Solar System Explorer” to explore the various locations and craft. Use <spacebar> to pause and restart the animation and use the speed controls to speed up and slow down the movement. 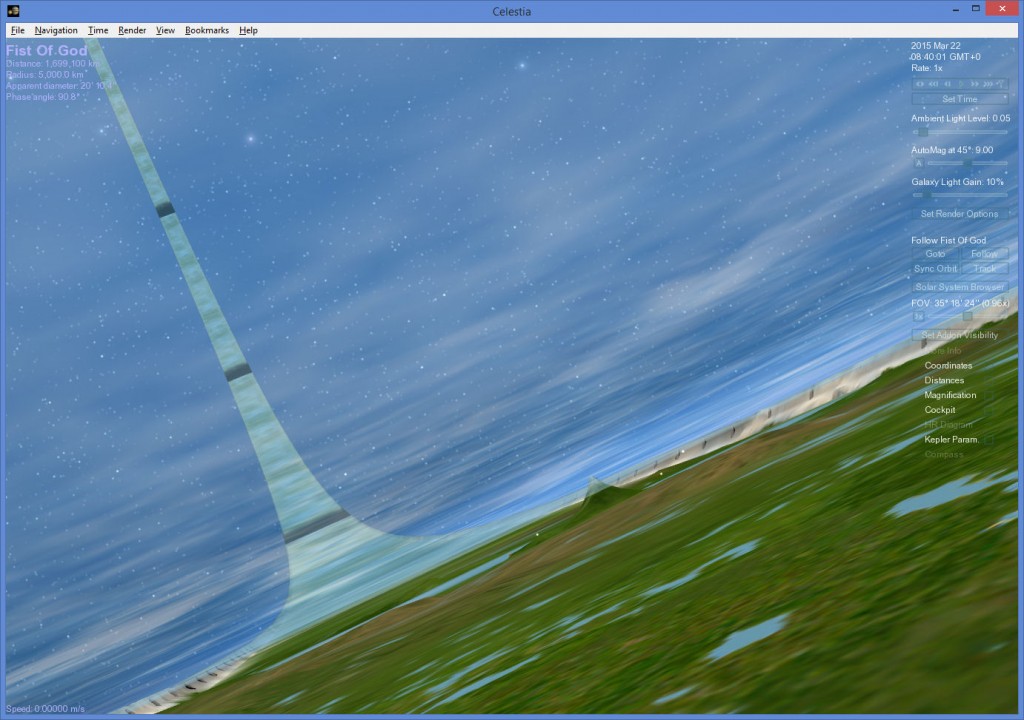 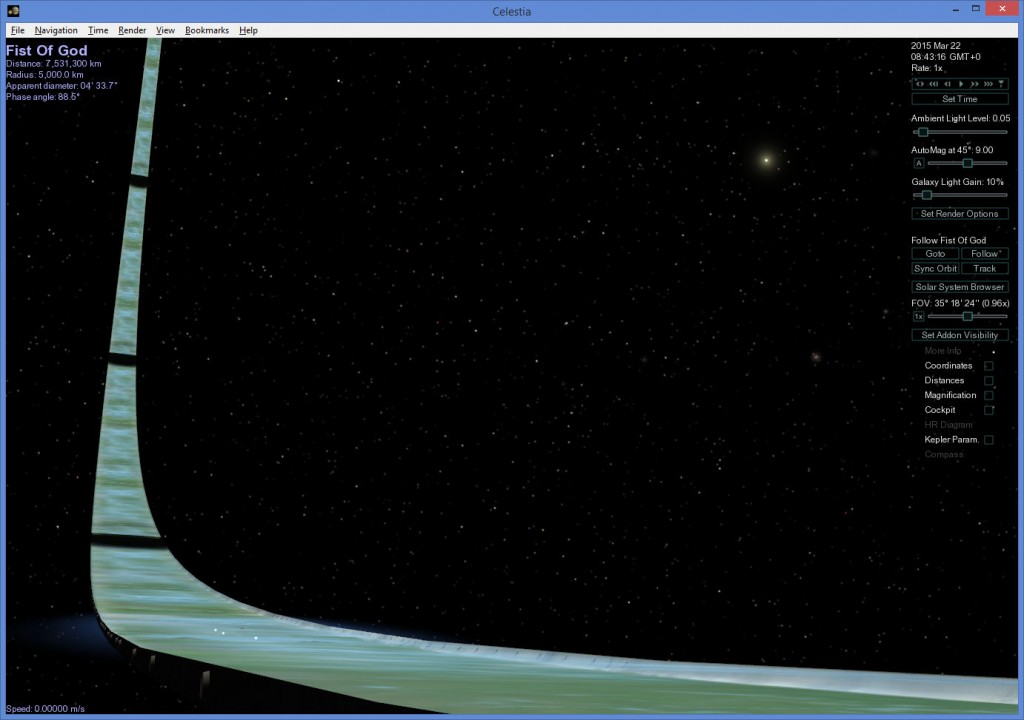 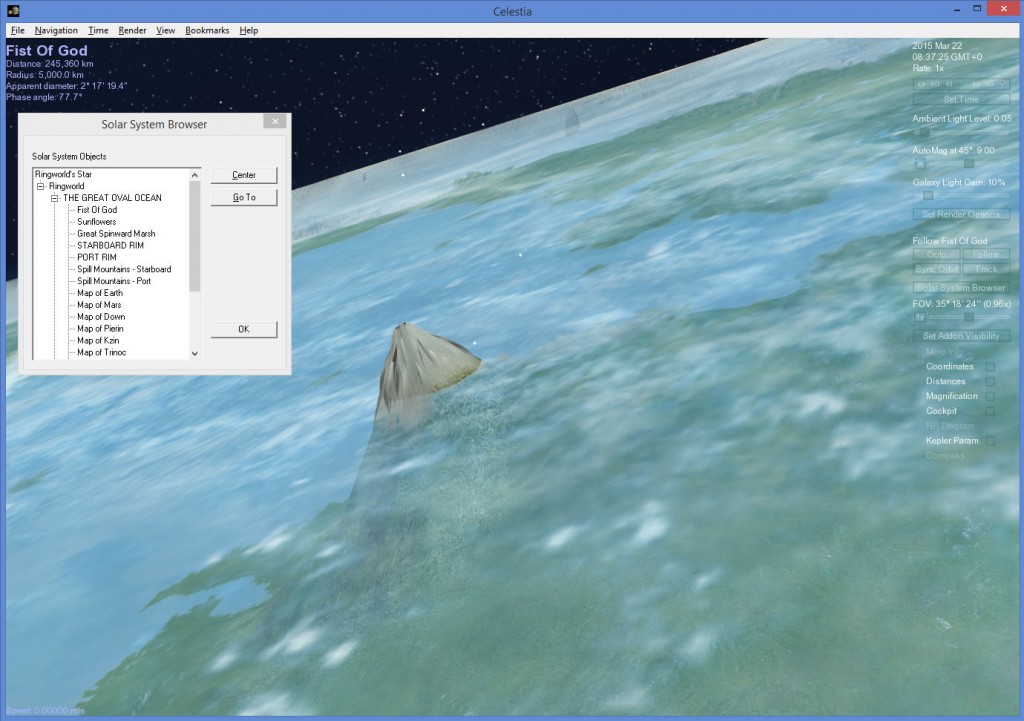 Lying Bastard and the Visitors 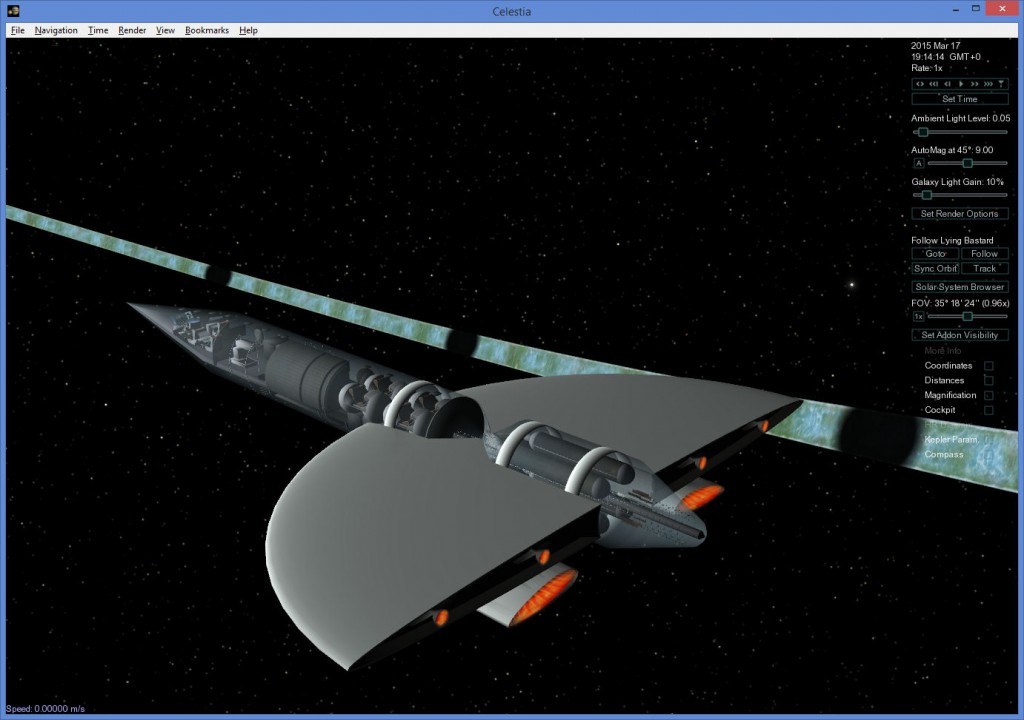 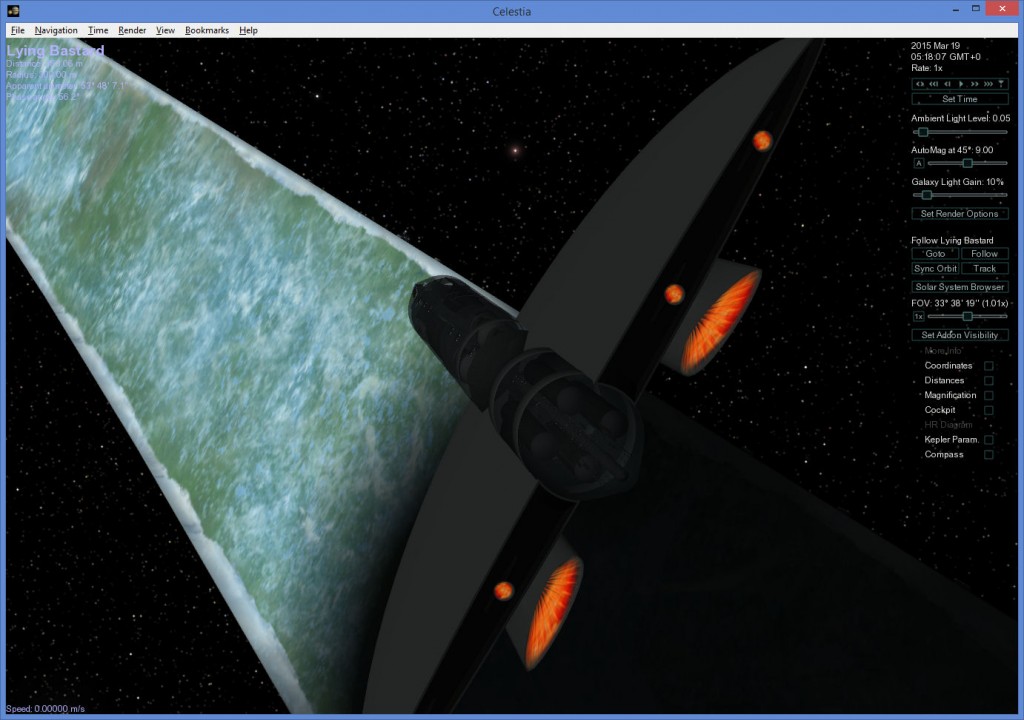 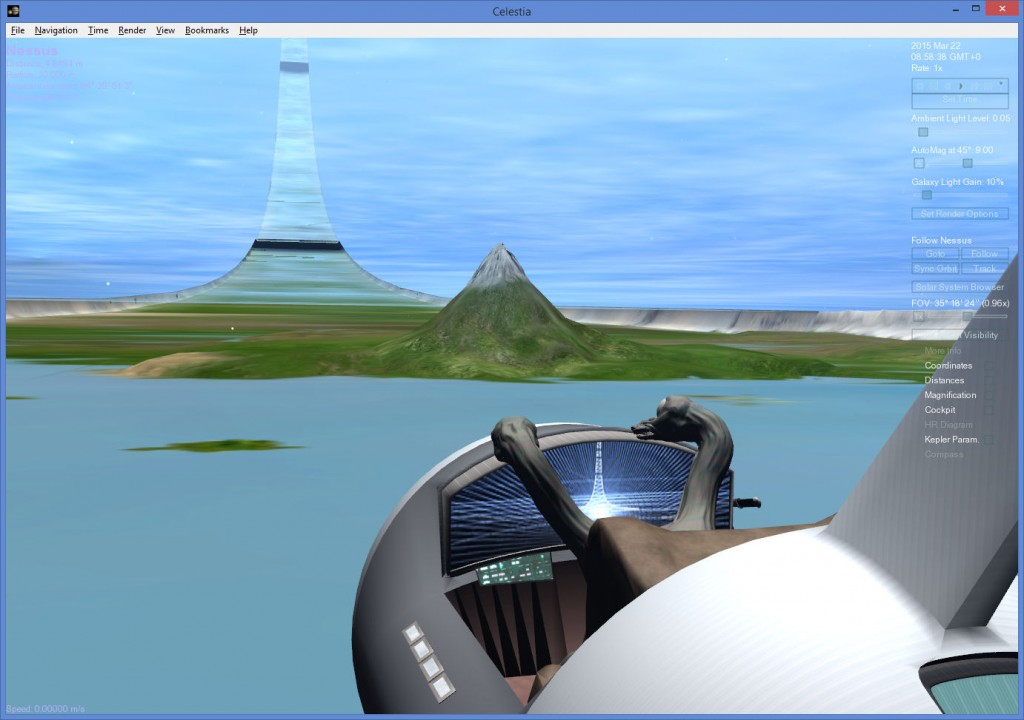 Ringworld on the Oculus Rift

It includes being able to board Louis Wu’s flycycle (“b” key when adjacent to the left side of the vehicle) or “v” to exit. Using normal arrow controls for movement. To get out of the flycycle press “v” key. Press “z” key to increase altitude or “x” to descend. Press “j” to stop the flycycle and stabilize it in flight. 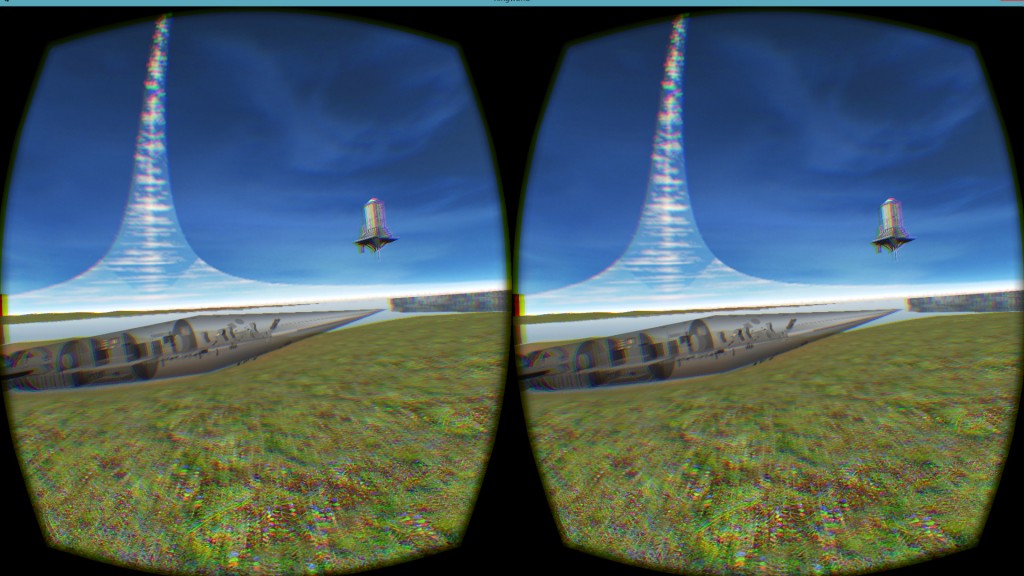 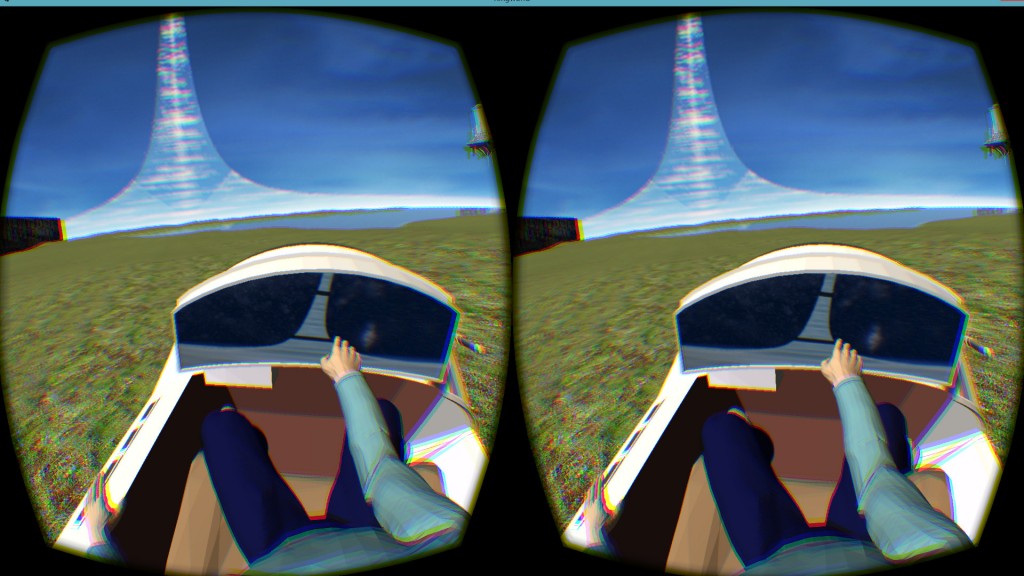 Revisit to Ringworld in 2018 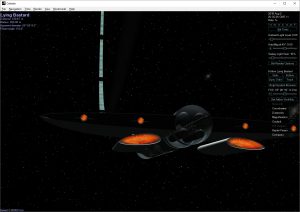 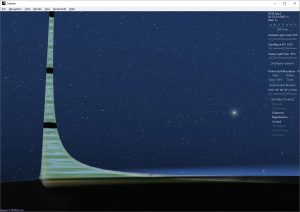 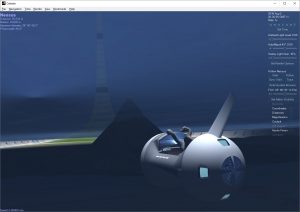 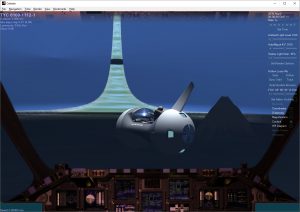 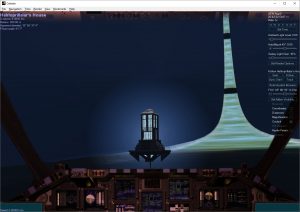 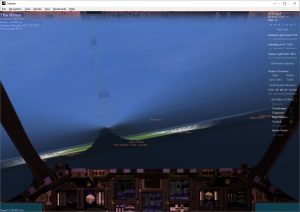 Revisit to Ringworld in 2021

After listening to Larry Niven describe his book “Glorious” in the Book Club in Second Life and reading Ringworld again, I thought I would take another look at the Celestia Ringworld simulation and this time appreciate more of the detail built into it. 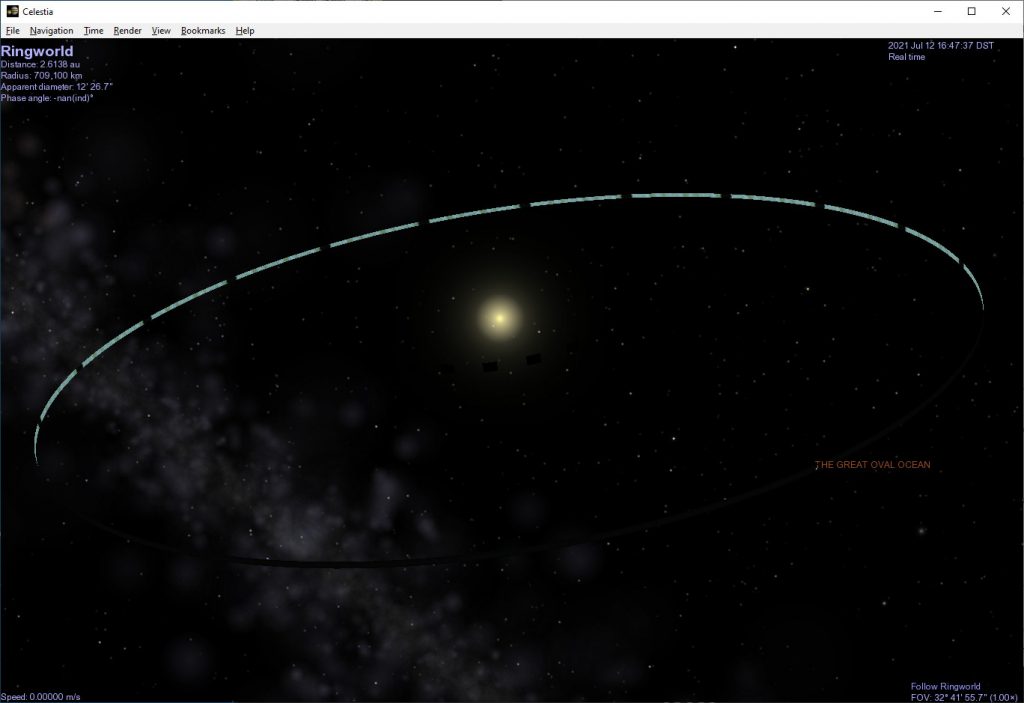 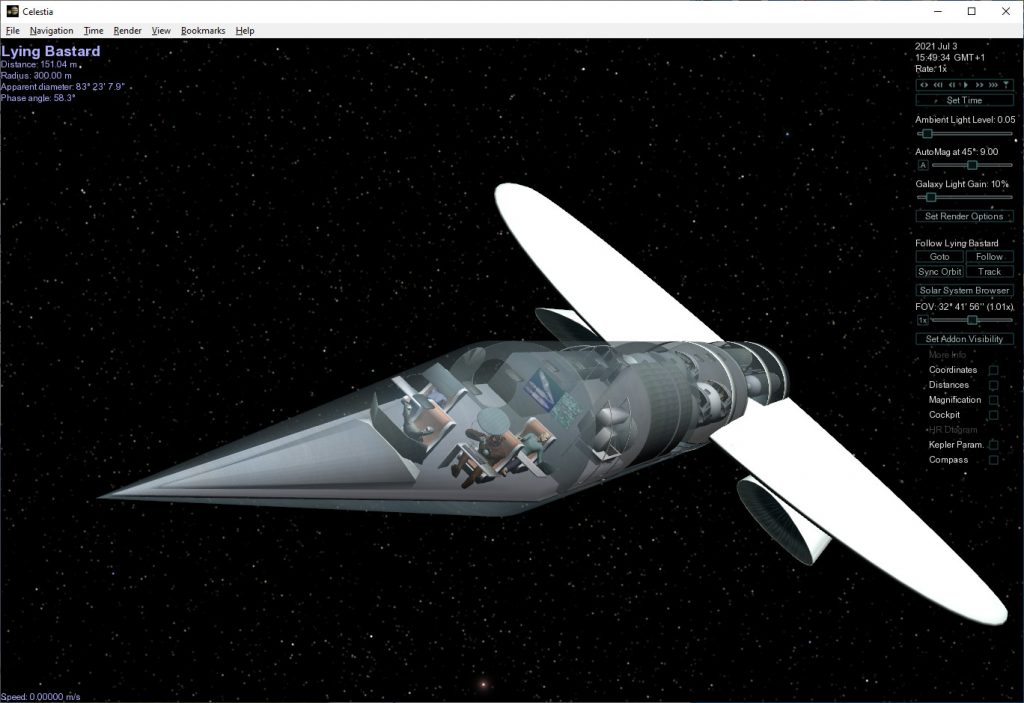 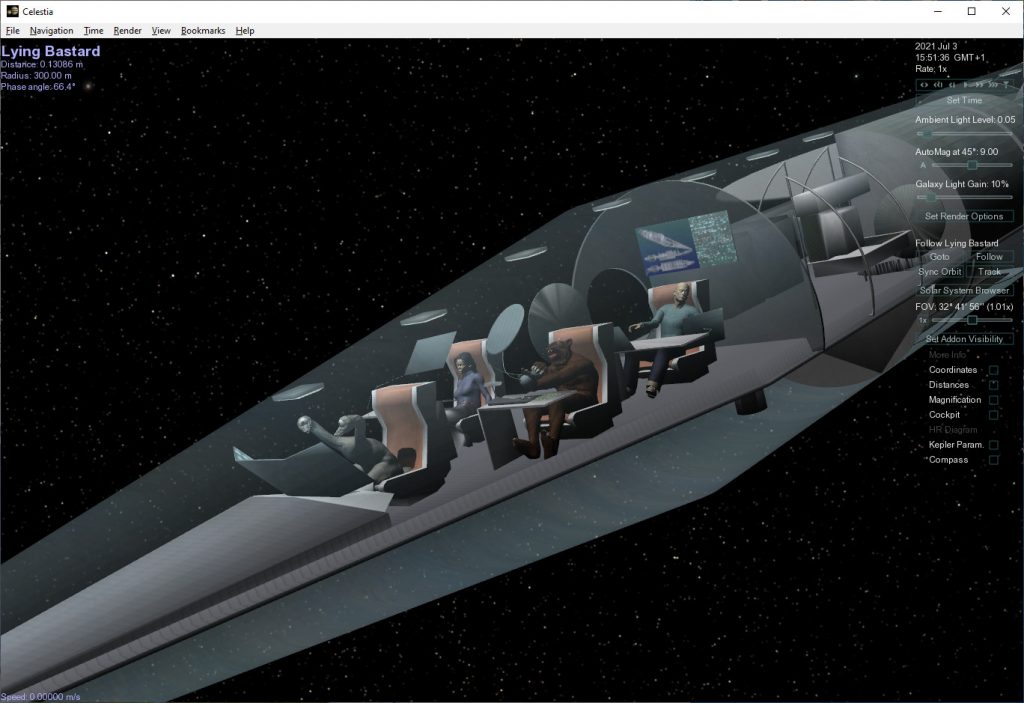 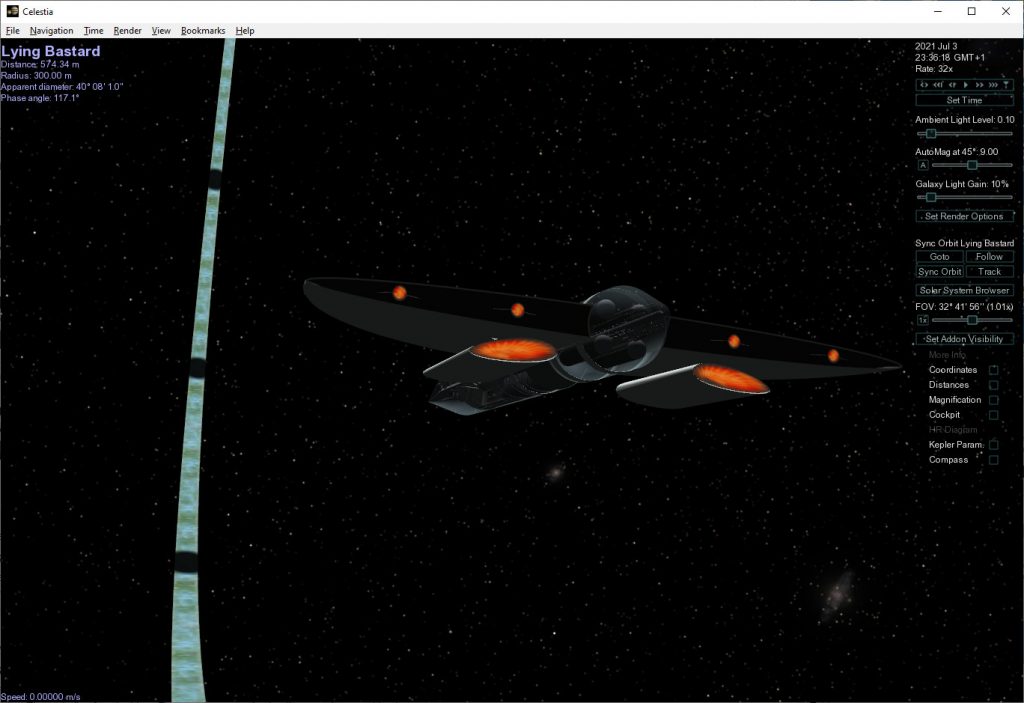 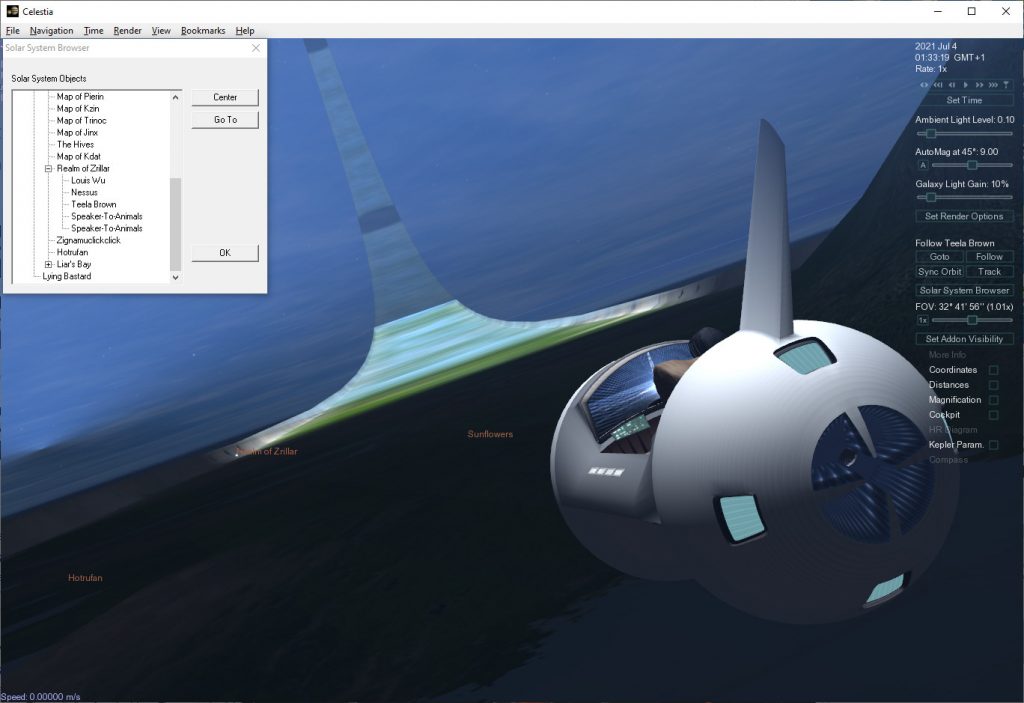 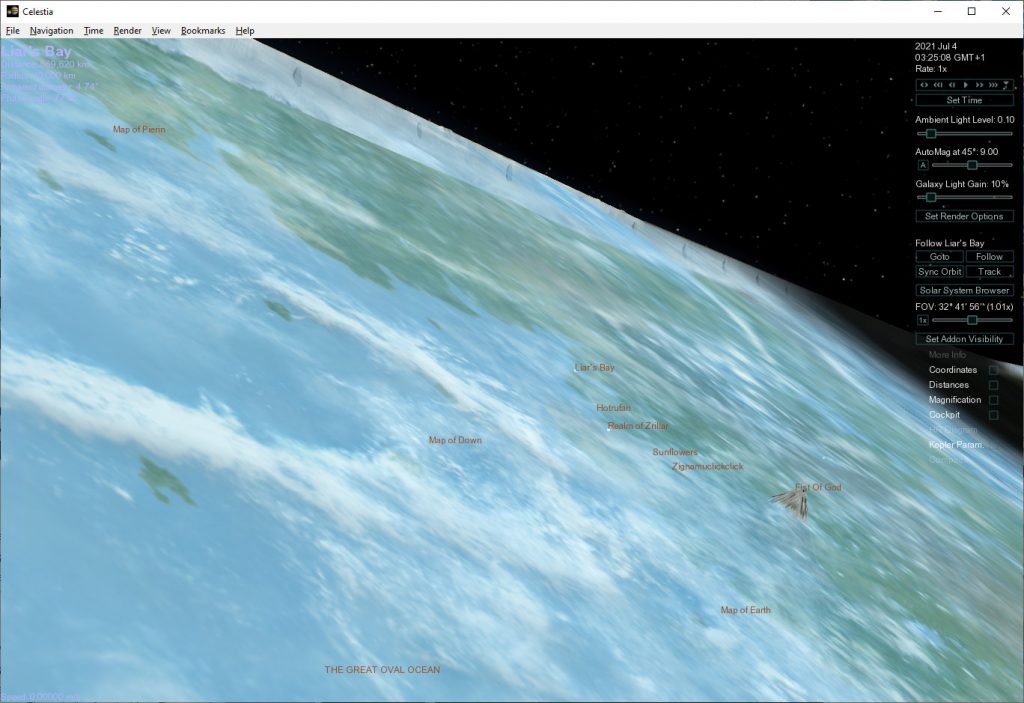 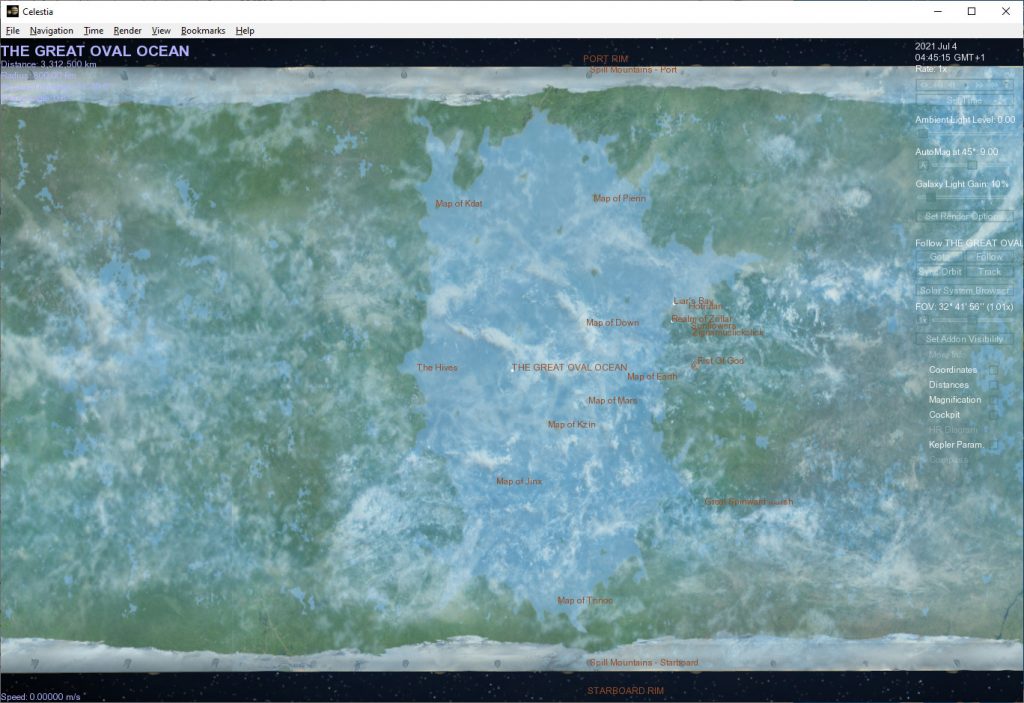