On 1st April 2015, High Fidelity was opened to anyone interested in an open “early alpha” stage following the developments over the last year with a smaller group. See this invitation blog post. 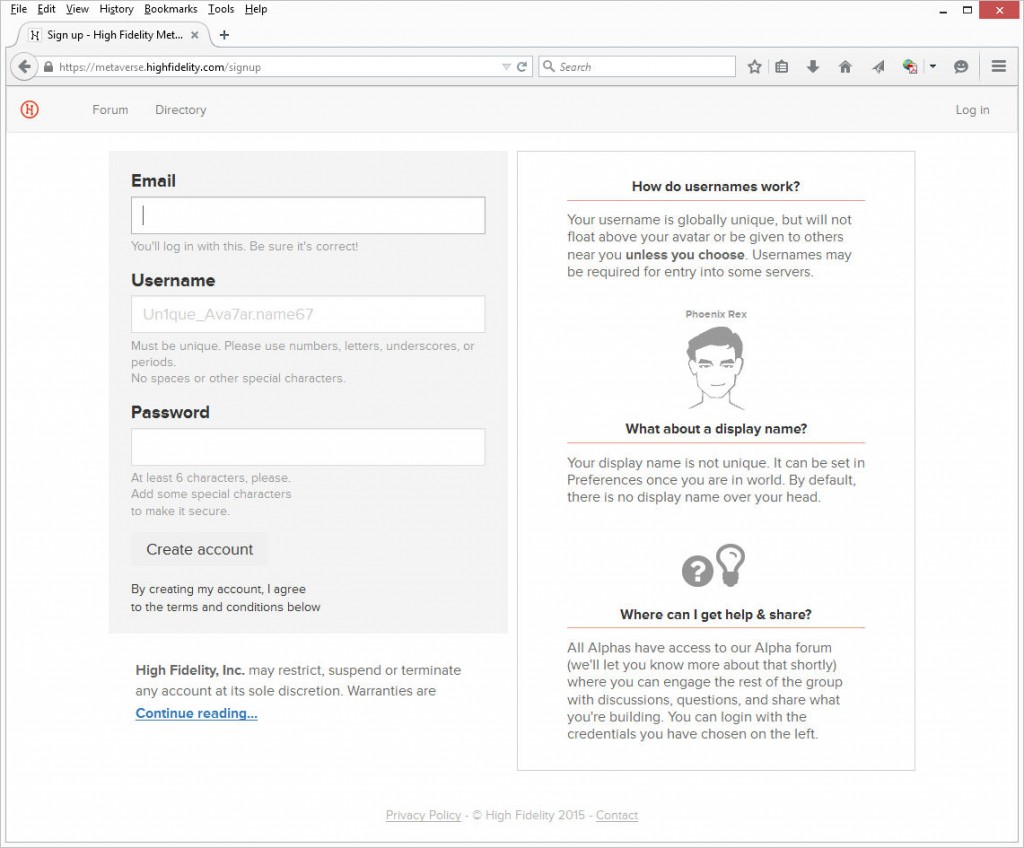 I joined the High Fidelity alpha on 15th May 2014 and have since been a participant in the testing and providing inputs for the “Interface” client and for the “Stack Manager” domain server running our own domain at hifi://Openvue and testing with a range of complex mesh models.  The “Alphas Forum” has served as the main mechanism for providing feedback and getting help, as well as discussing the future of the platform. A “Metaverse Directory” lists the HiFi domains which are online and which have registered “place names”. 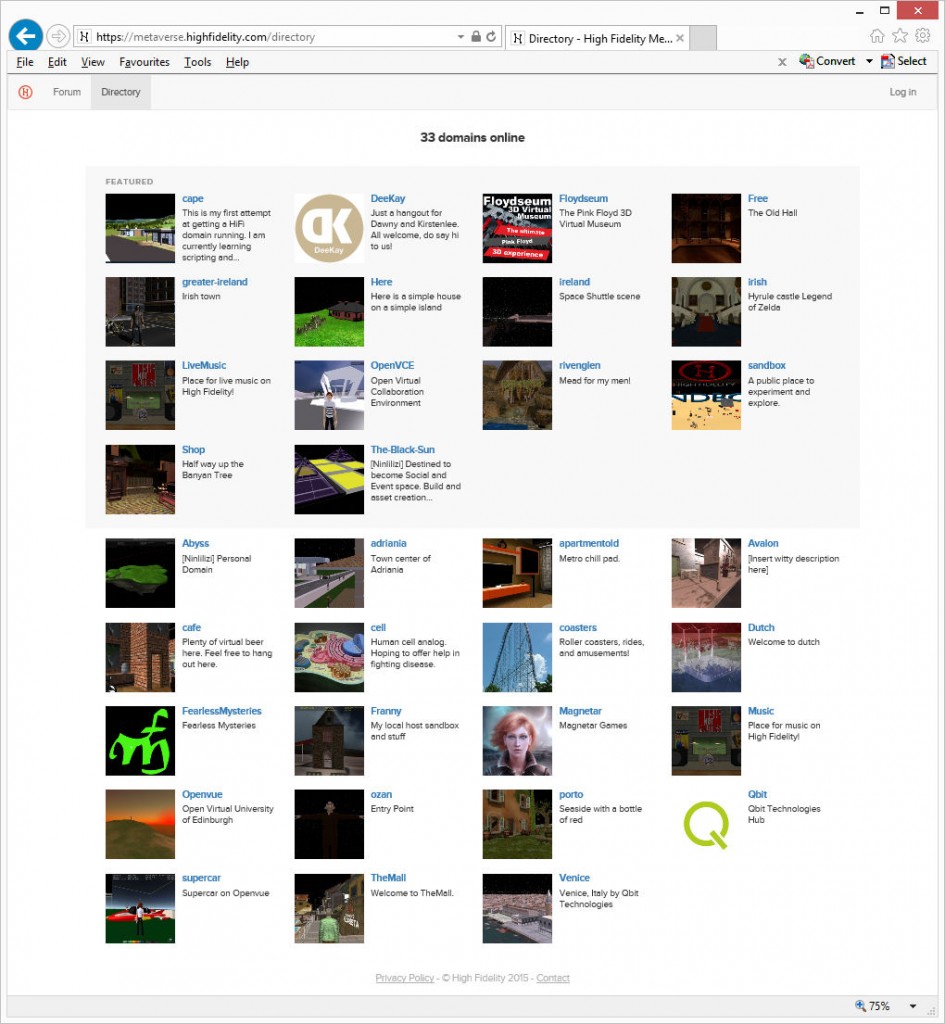 During this time, I have also been blogging about my experiences as the platform developed… though these posts, at the request of High Fidelity, were not made publicly accessible. This sensibly allowed High Fidelity to decide when and what to make public as the platform and its capabilities developed.

My blog posts are now publicly accessible and can all be found via: