On February 1, 2015 James Fielding posted an article on the Gerry Anderson/Anderson Entertainment web site showing images taken at the time by a then 11-year old Philip Suter of the displays in his family’s Suters Store in Slough on its lower ground floor, near to where the A.P.Films studios were based. The window displays were for Supercar in 1962 and Stingray in 1965, using the actual puppets, puppet sized craft and sets. Philips’s blog post on this is at http://www.philipsuter.co.uk/Growing_up_with_Suters_Ltd.htm#Supercar.

The full set of image are shown at http://www.gerryanderson.co.uk/suters-window-displays-supercar-stingray/ 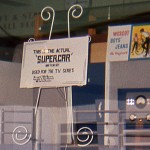 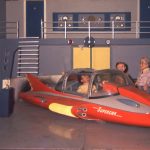 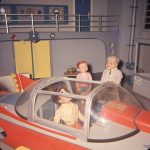 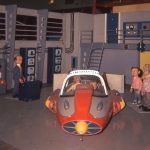 The colour images of Supercar allowed for a little more customization of the Black Rock Lab model in the OpenSim-based “AiLand” grid Black Rock region. This was to change the gantry right hand light from green to clear white, and the smoke rig tube brackets from black to be the same greyish-blue as the smoke rig exit box. 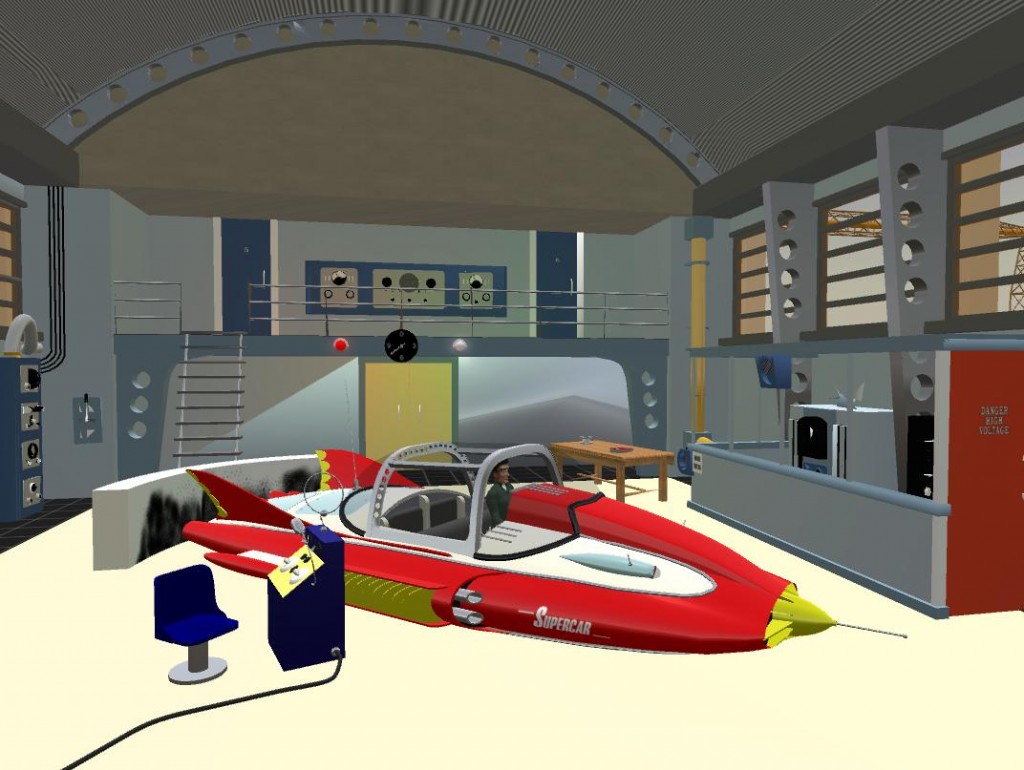 The photos from Suters do indicate that the piping on the hull and the three short parallel bars on top of the clear-vu and on top of each side of the dash have a shiny gold appearance, versus the chrome finish used on our own 3D models. This is also used in the colourisation of Supercar TV series still frames by Pelham Cort (@johnxgin3), a fan fiction writer and colouriser, as shown at https://johnxgin3colourisations.weebly.com/fireball-xl5-and-supercar.html and https://johnxgin3colourisations.weebly.com/fireball-xl5-and-supercar-part-2.html Here are some of his recent colourisations of Supercar… 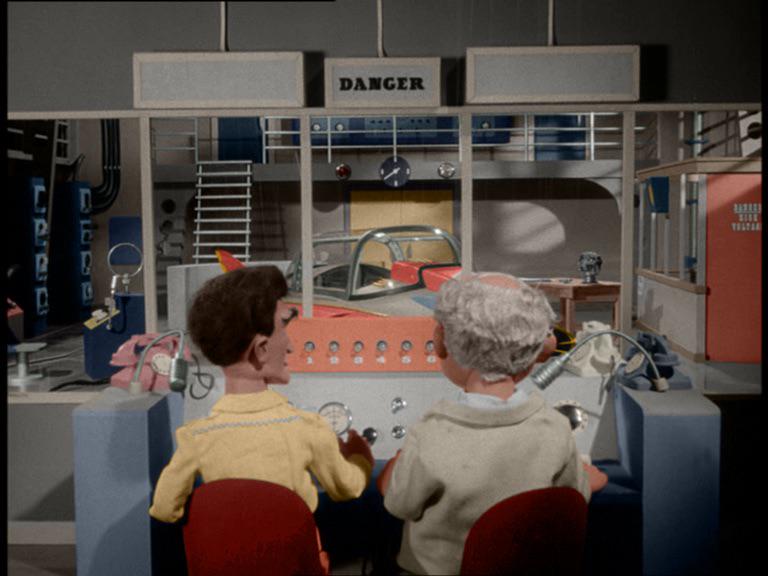 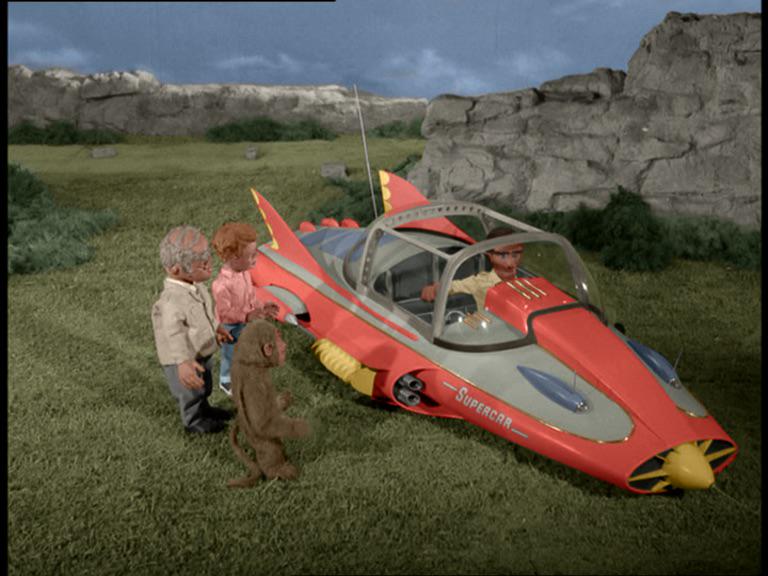 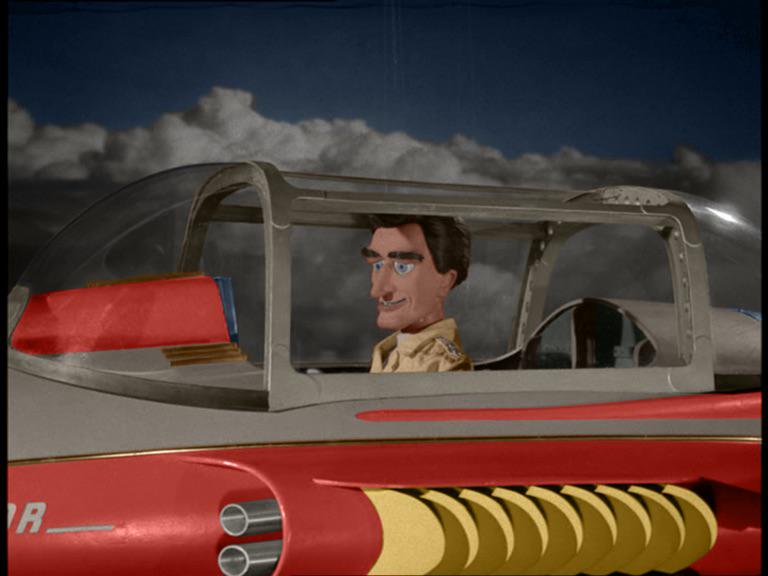 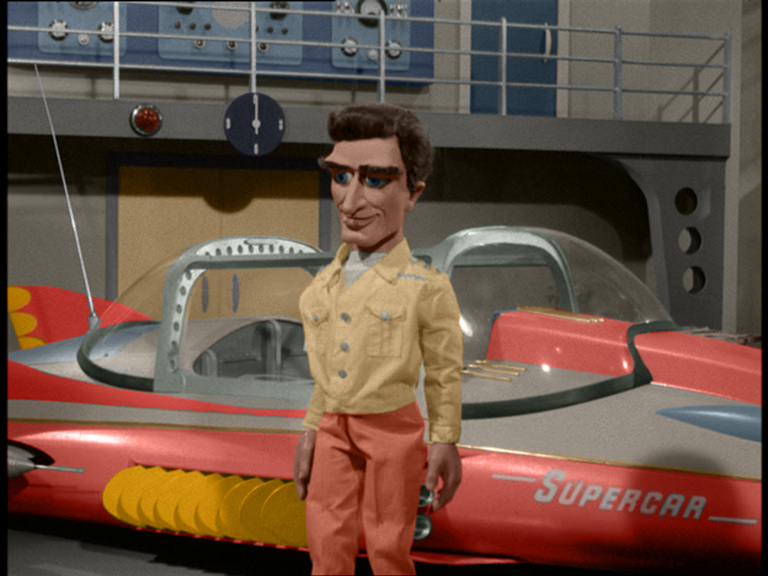