This blog post describes tests of trying to use the “vorpX” (http://vorpx.com) drivers to allow games and applications on Windows to run on the Oculus Rift to provide a 3D virtual reality experience.

Flight Simulator X (FSX) from Microsoft and recently released and updated on the Steam platform already allows for 3D via, for example, the Nvidia 3D Vision… active shutter glasses working with a 120Hz monitor and IR transmitter. vorpX should allow FSX to run with the Oculus Rift.

Setup is a bit tricky and at present (16th April 2015) I have not managed to get this working. Hence this blog post is to show the configuration while I continue to experiment and get helpful advice from the developer, Ralf Ostertag, and others in the vorpX and FSX communities.

The Oculus Rift is set up in “Extend Desktop to HMD” display mode and Windows is set to extend the desktop onto the Rift too. 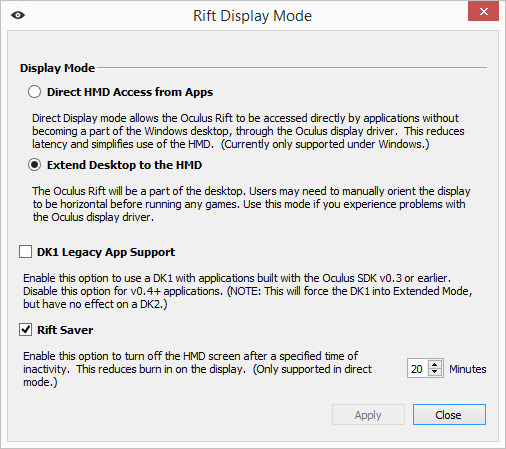 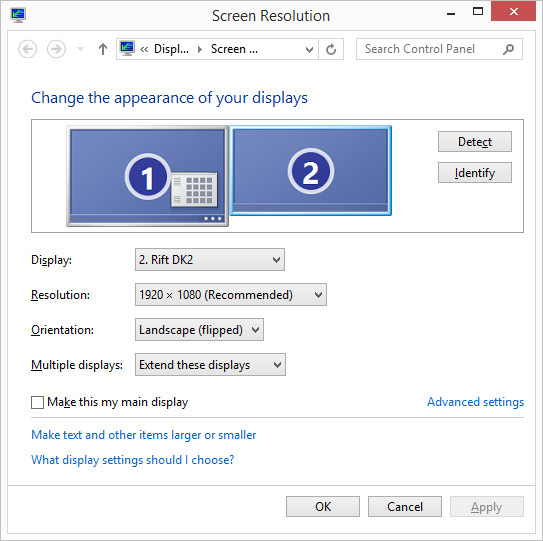 The vorpX configuration utility is set to “Use system settings” so that the display can be configured in FSX itself… see below. However, I tried other modes such as “Show on Rift DK2”. vorpX is also set to run in administrator mode, as that is indicated as necessary when using the Steam version of FSX, since that also runs in administrator mode. 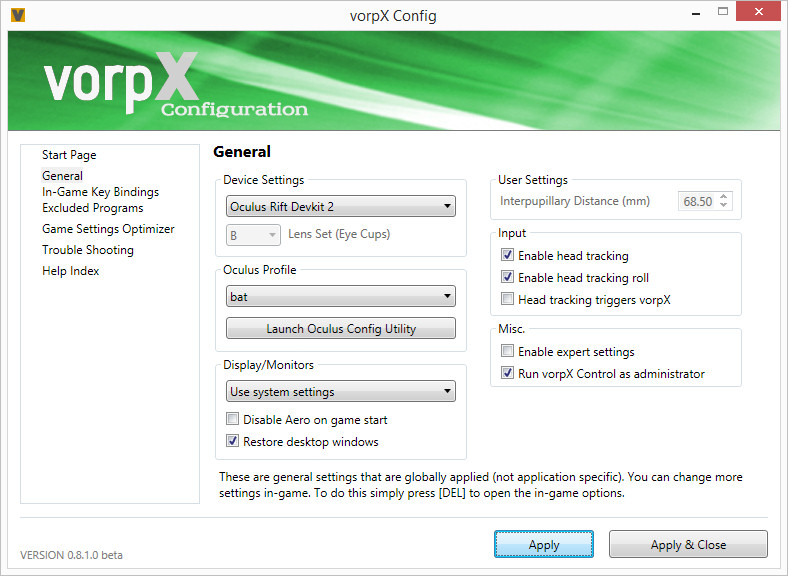 The second is assumed to be the one for the Oculus Rift DK2… but I tried both anyway. I saved the configuration, but each time I go back to the device screen it always has NVIDIA GeForce GTX 680.0 selected so its unclear if this is actually being saved as a setting. 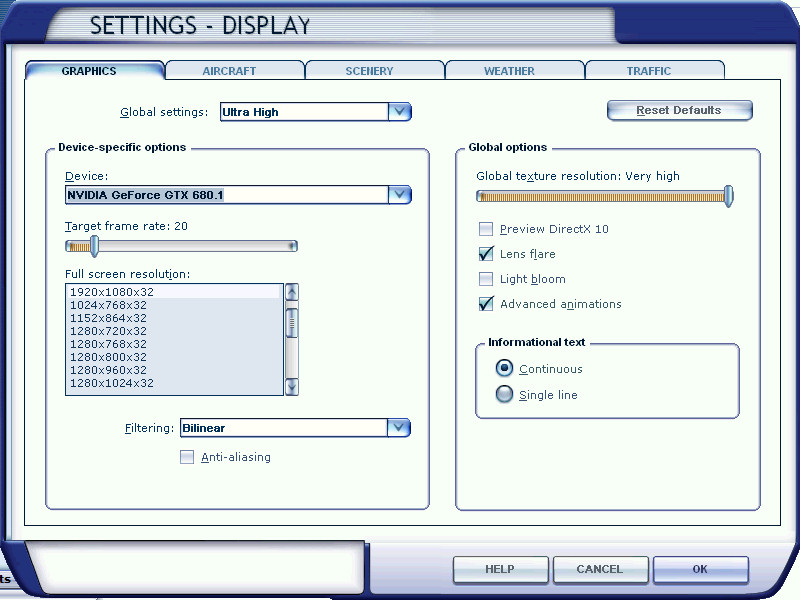 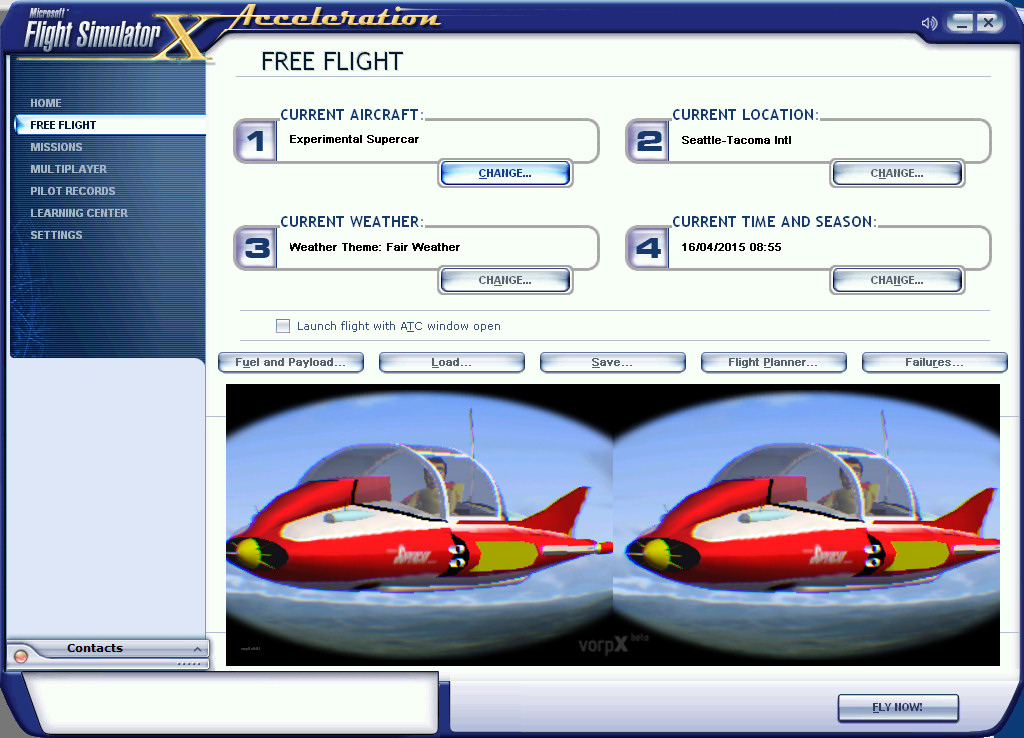 After selecting an aircraft and flight situation, “Fly Now” is entered. After loading the resources the “double barrel” screen is displayed and appears to be attempting to be a 3D Rift style image. It has the vorpX watermark overlay on it, and as the Rift headset is moved it appears to be head tracking. The mouse seems to jump about to where the head set is pointing. 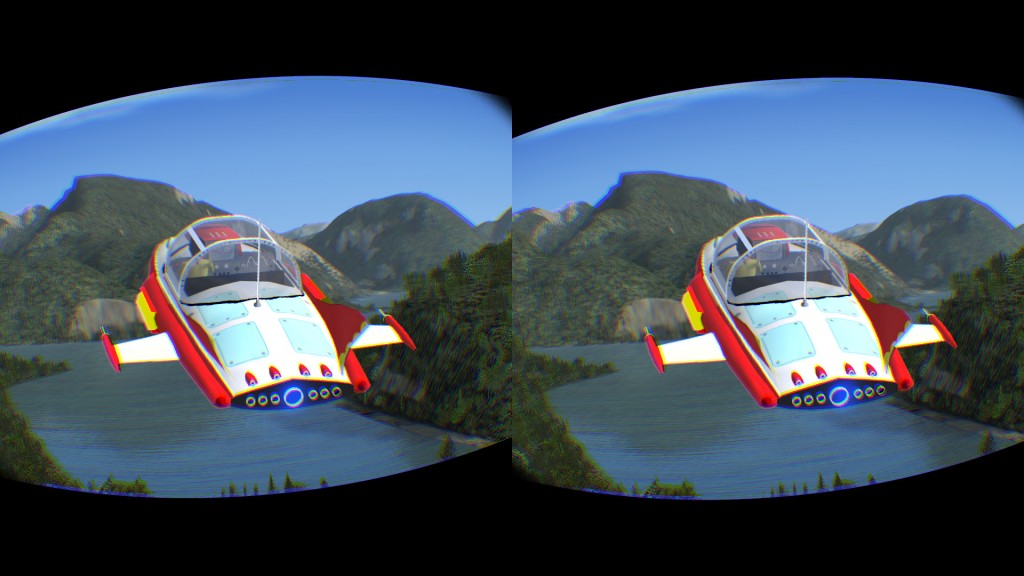 I have tried full screen (alt+enter), no menu and windowed modes, and tried various window + arrow keys to “move” the display over onto the Rift extended desktop… all to no avail.

I have also tried to use the boxed version of FSX with SP2/Acceleration/Gold rather than the Steam version but that behaves identically. 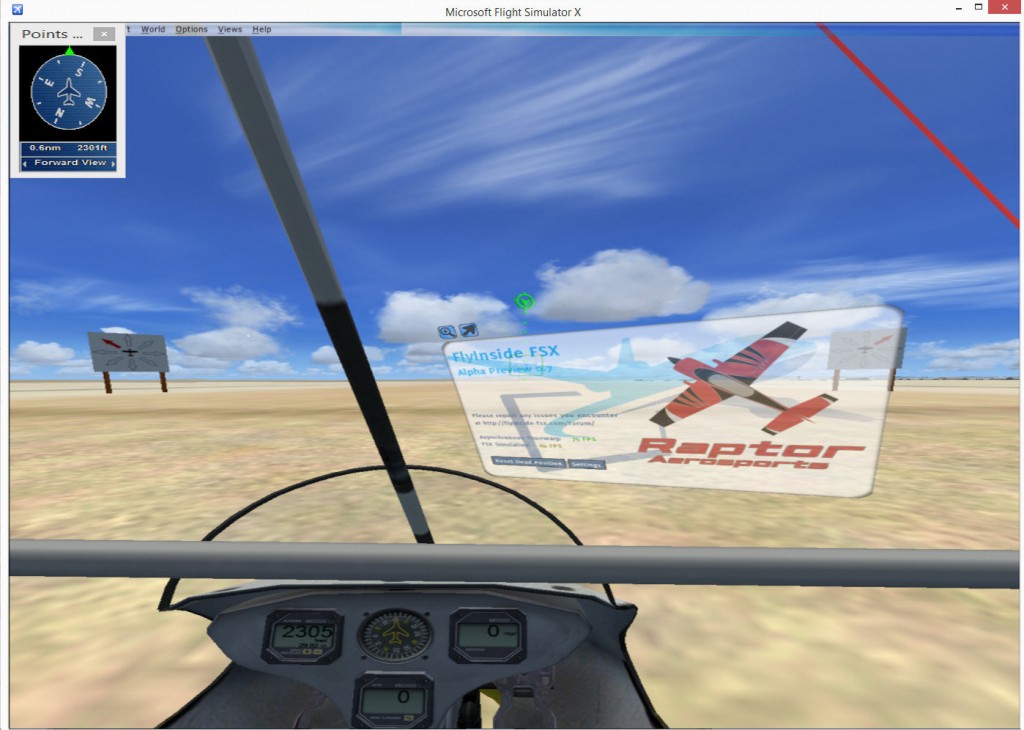 The FlyInside FSX splash screen to allow for settings changes can be configured to show or be hidden… and I chose the “\” (backslash) key for this purpose as that appears not to be used for standard FSX keyboard commands.

5 Responses to Using vorpX for Oculus Rift with FSX