At the suggestion of Chris (corlando52) we tried an experimental 3D print of the Supercar 3D Model.

The Studio 3D max model version was used and I split it into the core model with wings extended and a separate part for the canopy glass. These two parts were separately exported to .STL (Stereo Lithography) format which is an export format supported by Studio 3D Max. No resizing was done, but Chris reported that the Supercar STL model measured at about 21 inches. They were able to scale it down proportionately to fit in their 3D printer. The final size is 9″ x 5″ x 3″ and the 3D print cost is approximately US$20 to print in red and clear plastic. 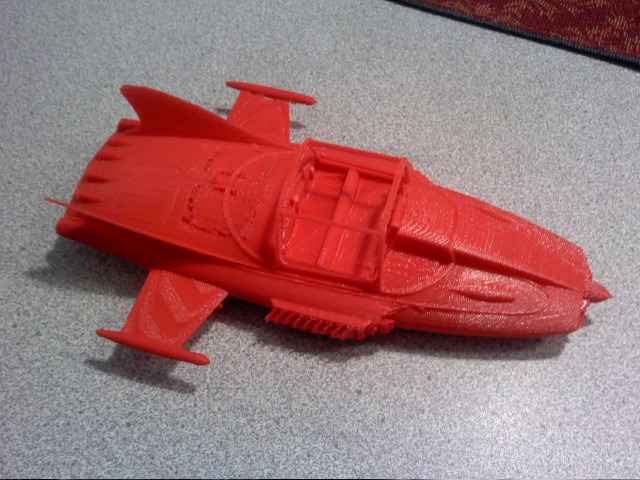 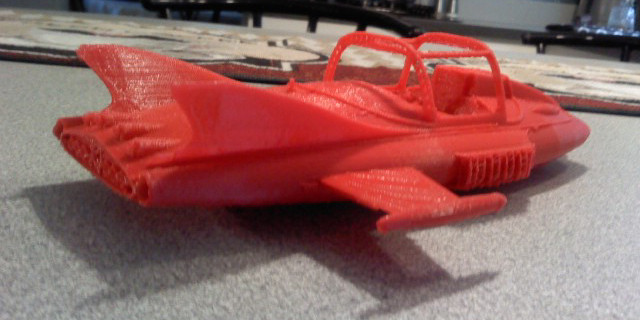 Some smaller scale elements had 3D print glitches, and there were some holes in parts of the model.. perhaps due to the high level of detail in the original model… 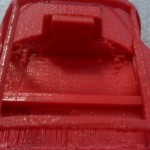 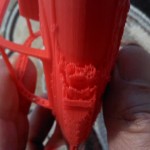 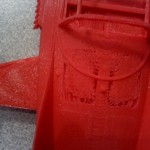 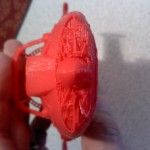 Chris reports that the canopy did not 3D print well at all. Each piece printed as a solid object, that is, the printer filled them in so they are not thin pieces but almost like odd-shaped balls. This may be because the original 3D model of the canopy perspex had a single sided face and no thickness.

A test was also done of the Robert Harrup Mike Mercury figure using a 3D model created in Autodesk 123D Catch via a set of photos (see this blog post) and then converted to .STL format in 3D Studio 3D Max prior to the test 3D print. 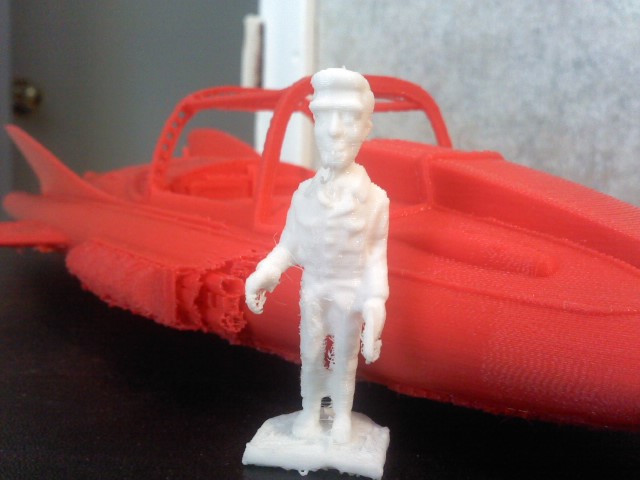 Note: the Supercar CGI 3D models are fan produced and are not for any sort of commercial use. The 3D printed model was an experiment for personal use only of course.