Some time ago I used one of the Unity tutorial examples involving a race track and race car game to try out Unity, and replaced the visual model of the included car with our Gerry Anderson Supercar 3D Model (using the .3ds format). The resulting Supercar Race game can be tried out in the Unity Web Player via http://www.aiai.ed.ac.uk/~ai/unity/supercar/ 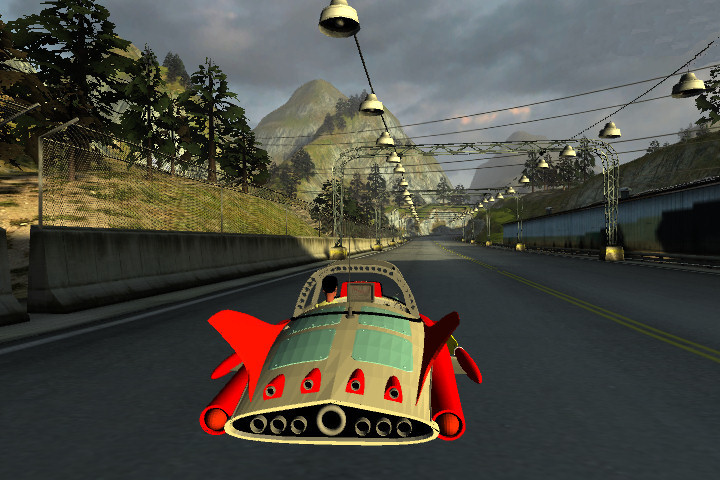 More recently, as part of updating a number of projects to Unity 5, I revised the Supercar Race Car game to use the Unity 5 Standards Assets Vehicles Car. While doing that I also tried the Unity 5 Standards Assets Vehicles AircraftJet, again replacing the visual model to be Supercar and adjusting the physics collider boundaries and vapour trail particles effects positions appropriately. 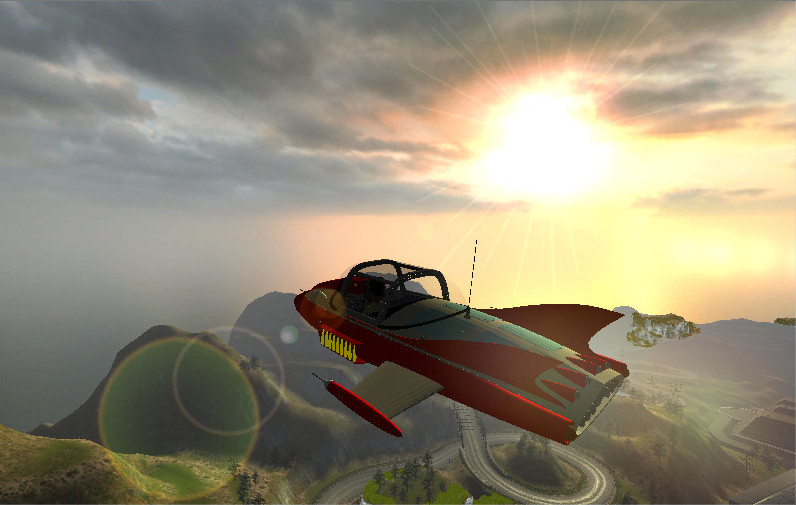 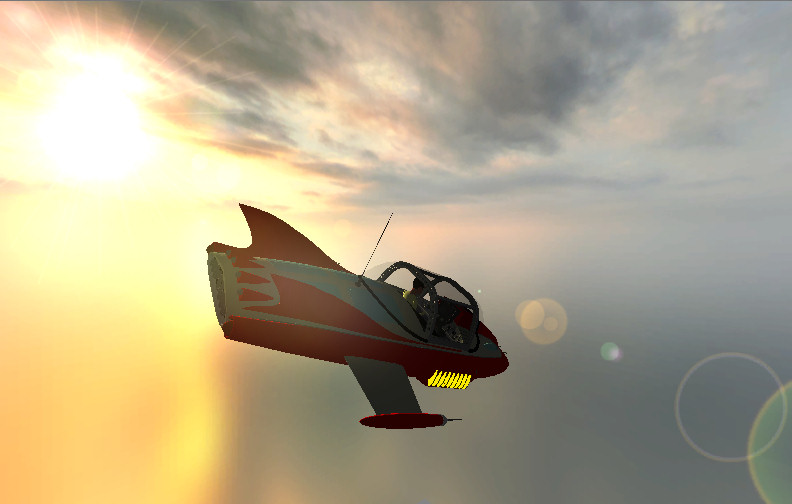 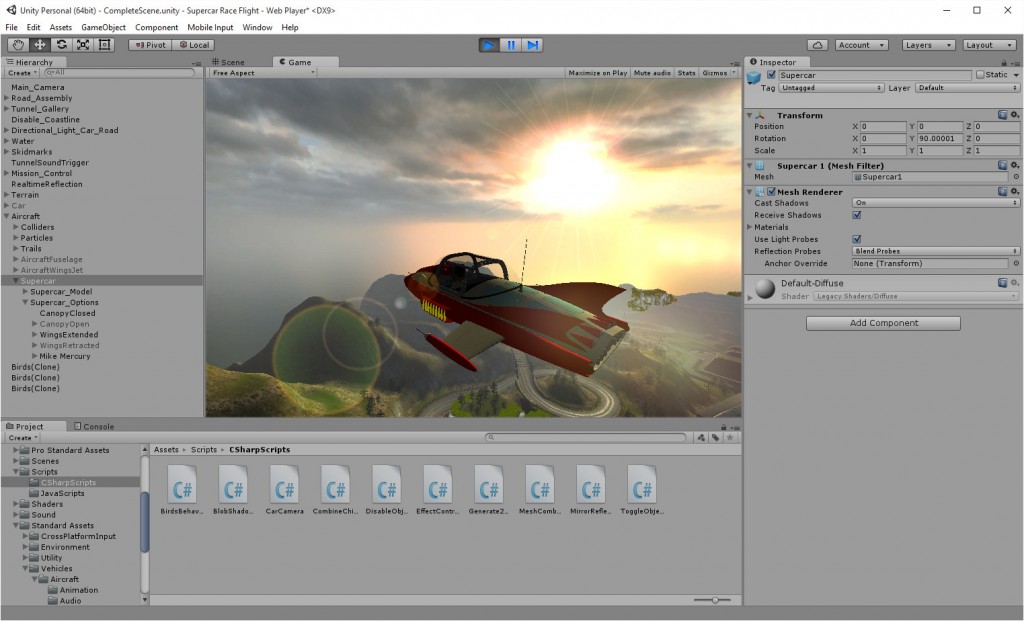 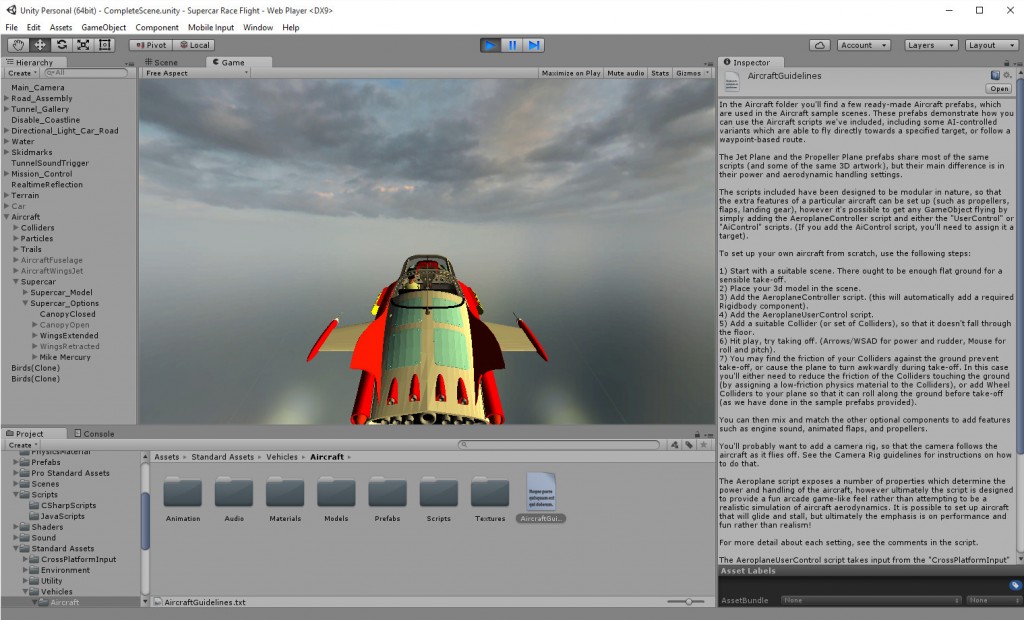 This may be merged with experiments on the OpenSim OAR to Unity conversion of the OpenSimulator-based Ailand grid Black Rock region including Black Rock Laboratory exterior and interior and the Supercar vehicle 3D models. 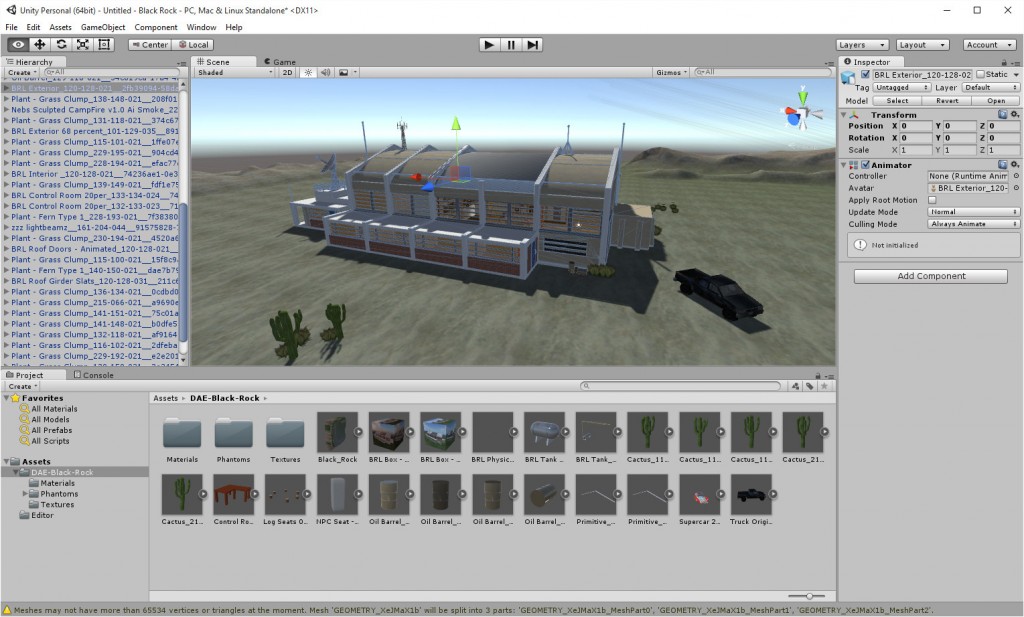 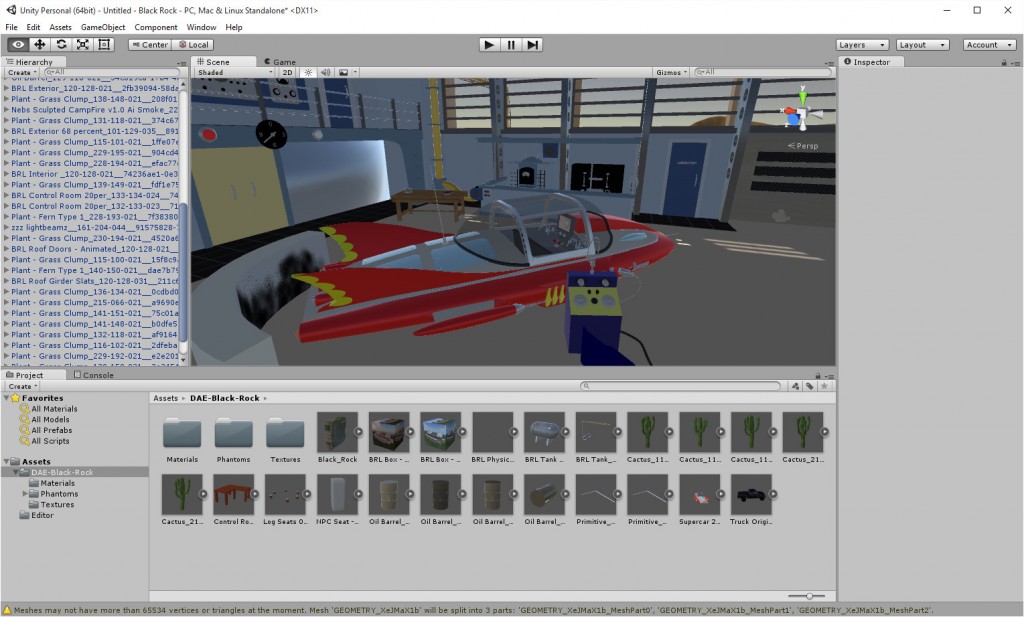