Gerry Anderson locations for the TV series Supercar, Fireball XL5 and Stingray have been recreated using fan produced 3D models of the buildings, scenery and vehicles used in the TV shows. These have been used in OpenSimulator to create 3D virtual world locations with some features from Black Rock Laboratory, Space City and Marineville.

Visit using an OpenSim-based avatar that can travel via the “hypergrid”. E.g. get a free avatar at OSGrid, pick up the FireStorm Viewer (for 2D) or the CtrlAltStudio Viewer (for 3D and VR) and visit via these links:

David Rowe’s CtrlAltStudio Viewer allows 3D stereoscopic and Oculus Rift Head Mounted Display (HMD) viewers of Second Life and OpenSim-based Virtual Worlds. It supports gamepad controllers too, such as the Xbox gamepad. Version 1.2.5.43397 (3rd October 2015) had been updated to the Oculus SDK 0.6 to allow it to run with the latest SDK 0.7-based drivers. It also has a simplified and improved operation for 3D view (enter with the “3D” button or “ctrl+alt+3”) to allow direct to rift operations rather than the previous extended desktop mode. “Esc” returns to 3D mode (e.g. to interact with the viewer menus if necessary). The Oculus Rift “dual barrel” view can be mirrored to the main 2D screen (an option under Preferences -> Graphics -> Display Output), which is good for screen shot saving, such as for those shown below. The VR/3D view can be reset or recentered to te avatar position and direction using “ctrl+spacebar” if necessary… but it seems to be aligned very well without using that in my testing. Alignment with the avatar when you look down at your own body, legs and feet, or see your arms and hands in front of you when flying is also very good in this release. A 3D space visible cursor for the mouse seems to work very well and makes interaction with objects, screens and so on while in the VR/3D view much easier than before. 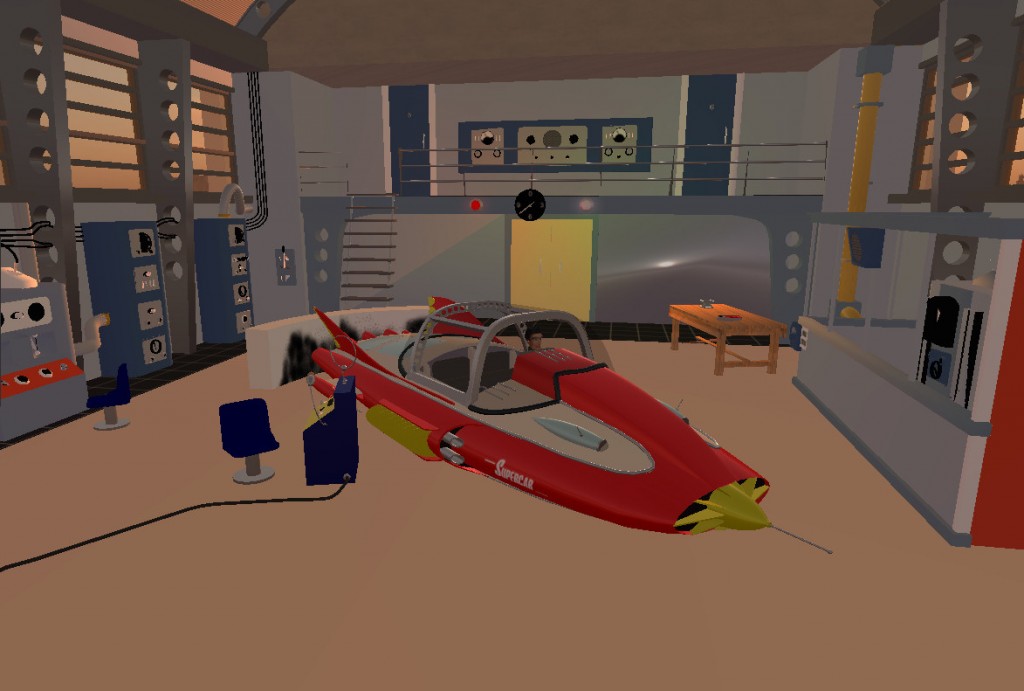 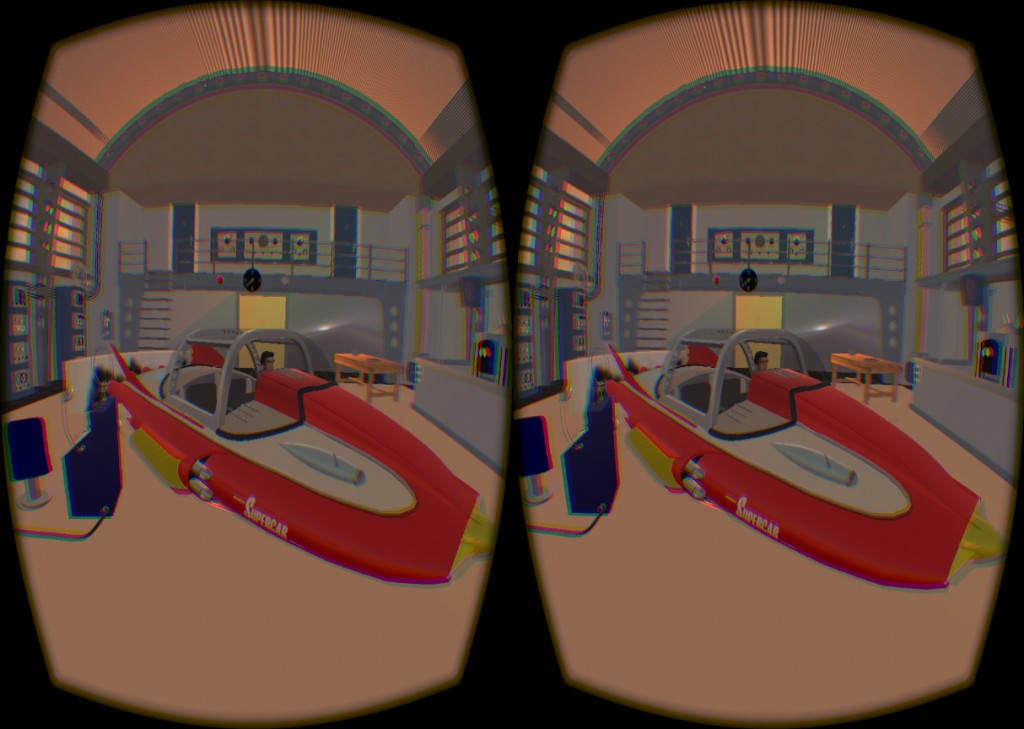 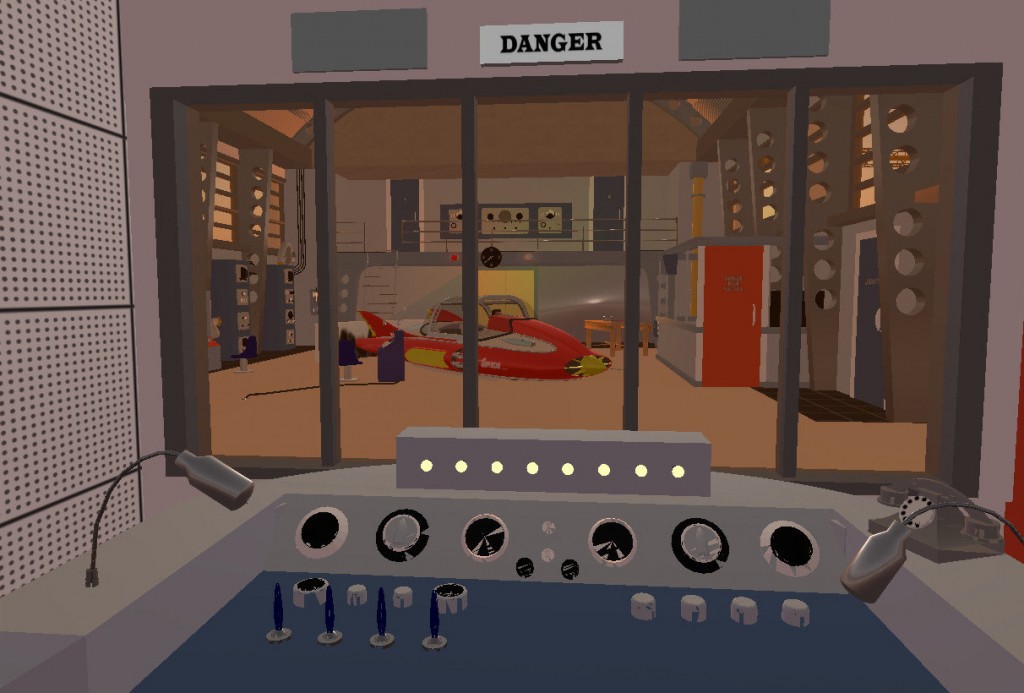 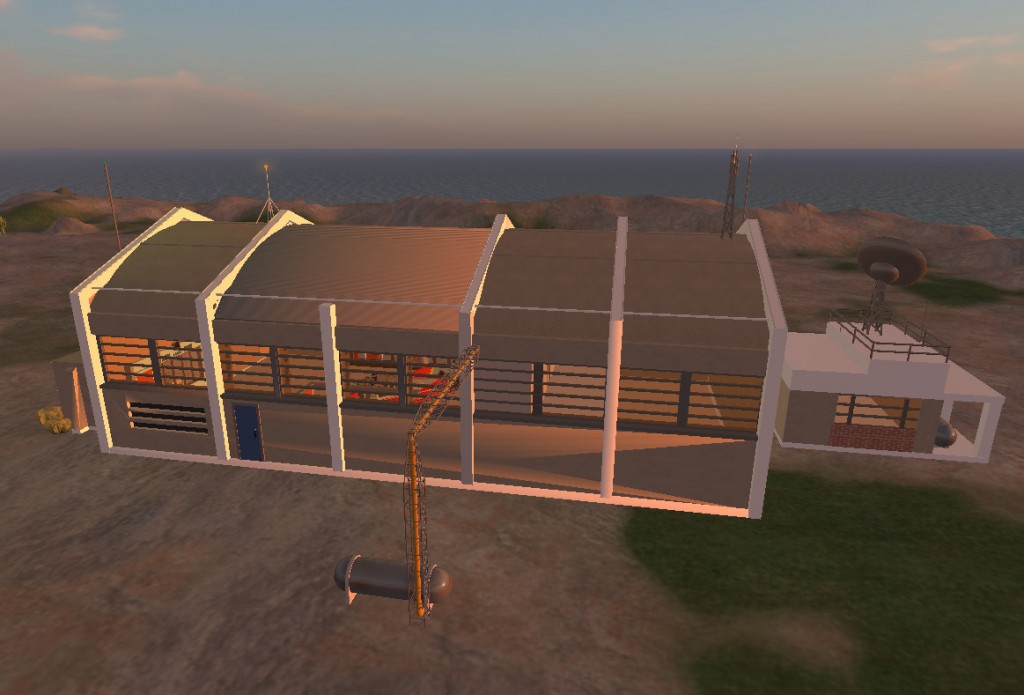 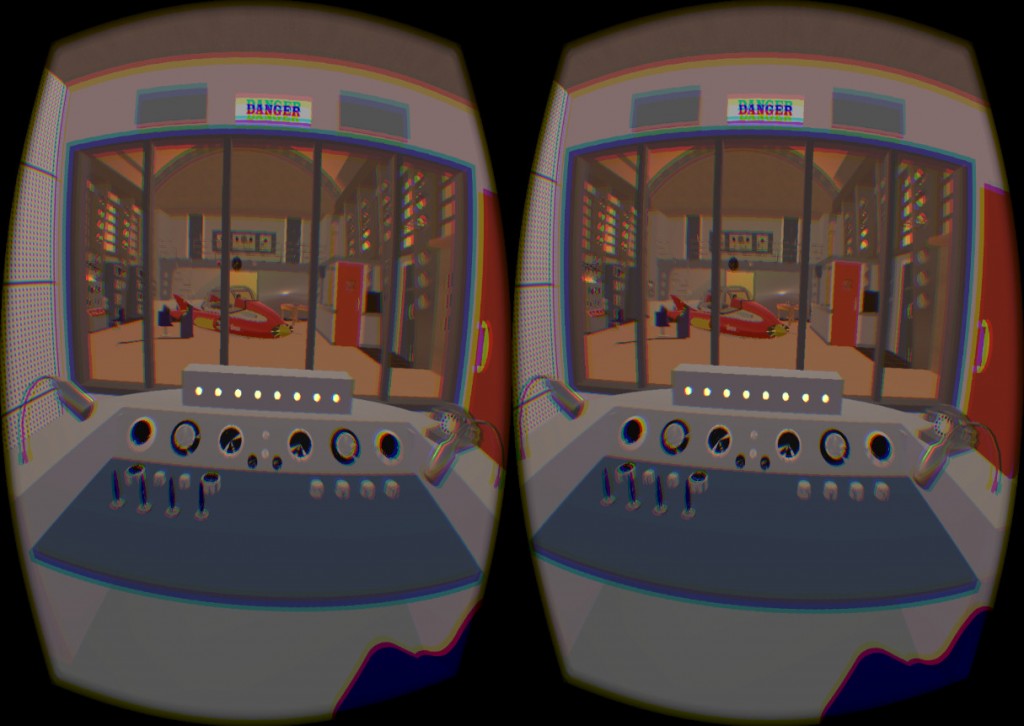 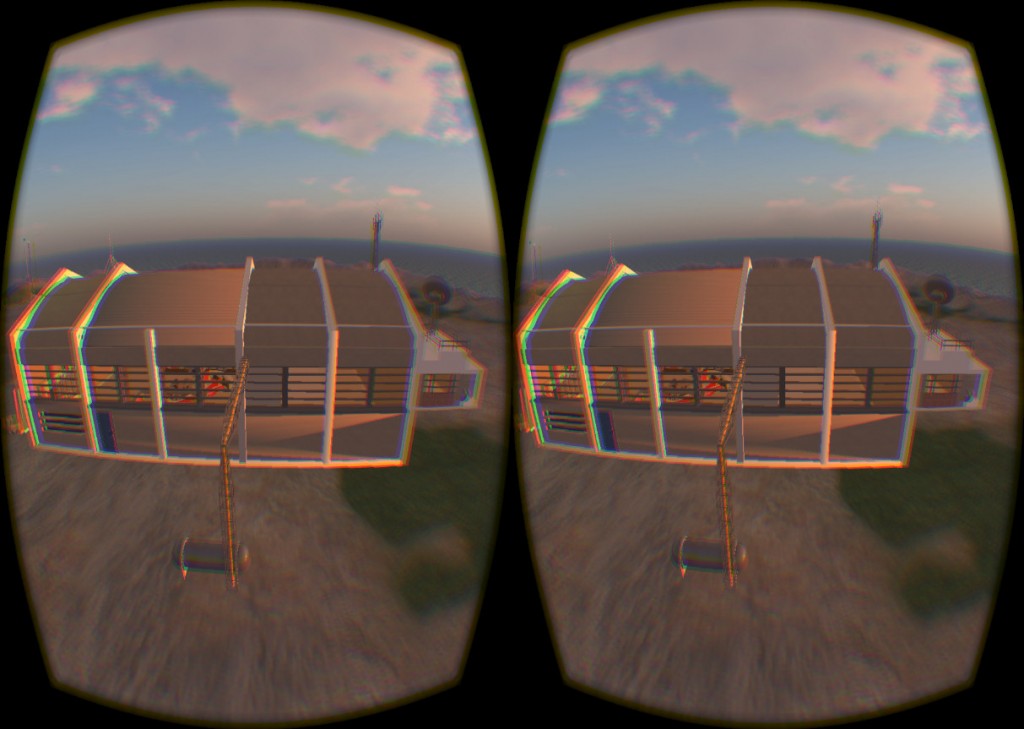 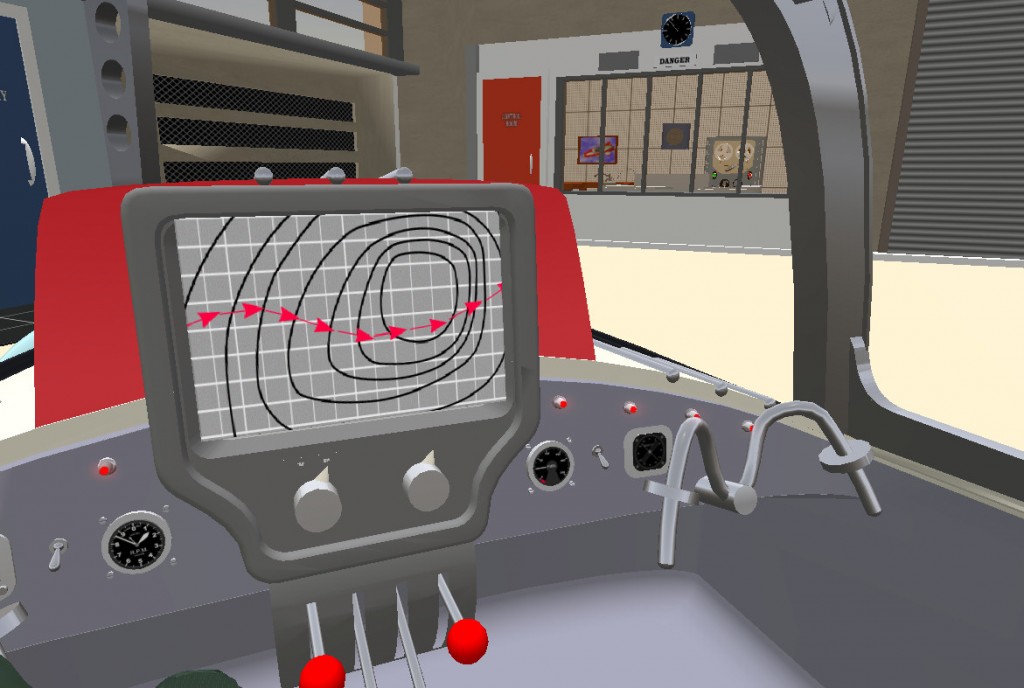 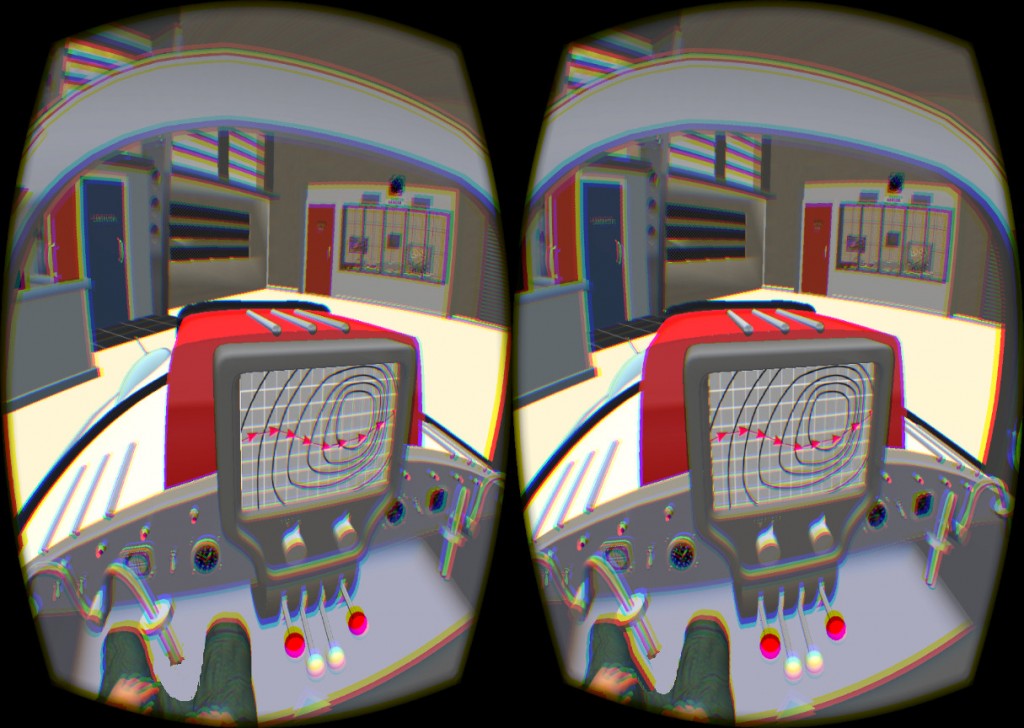 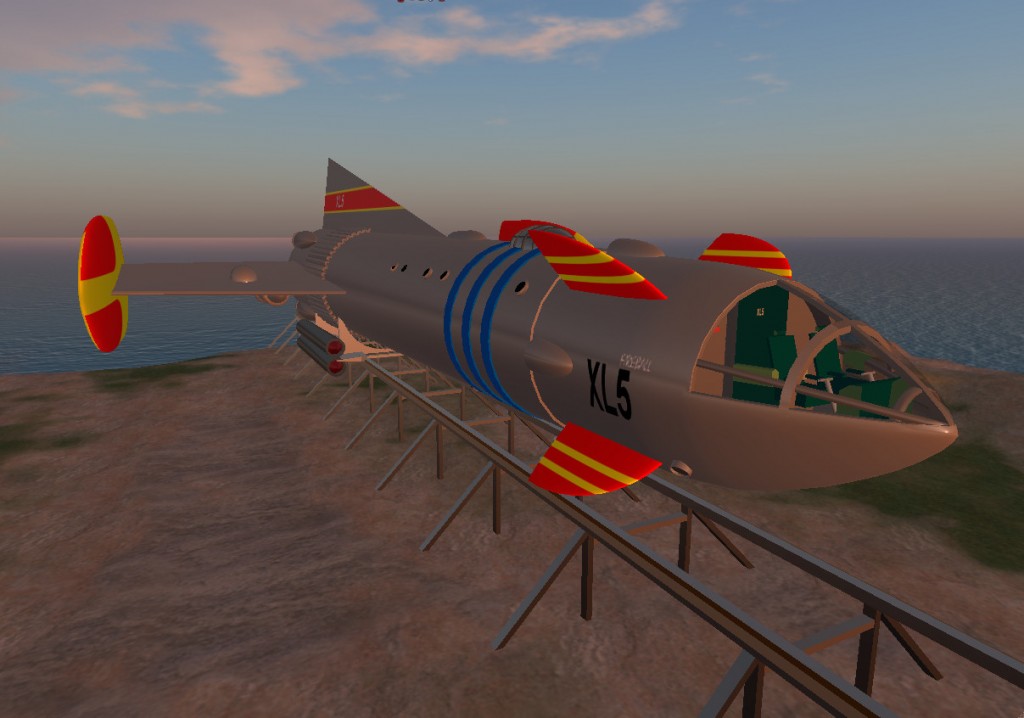 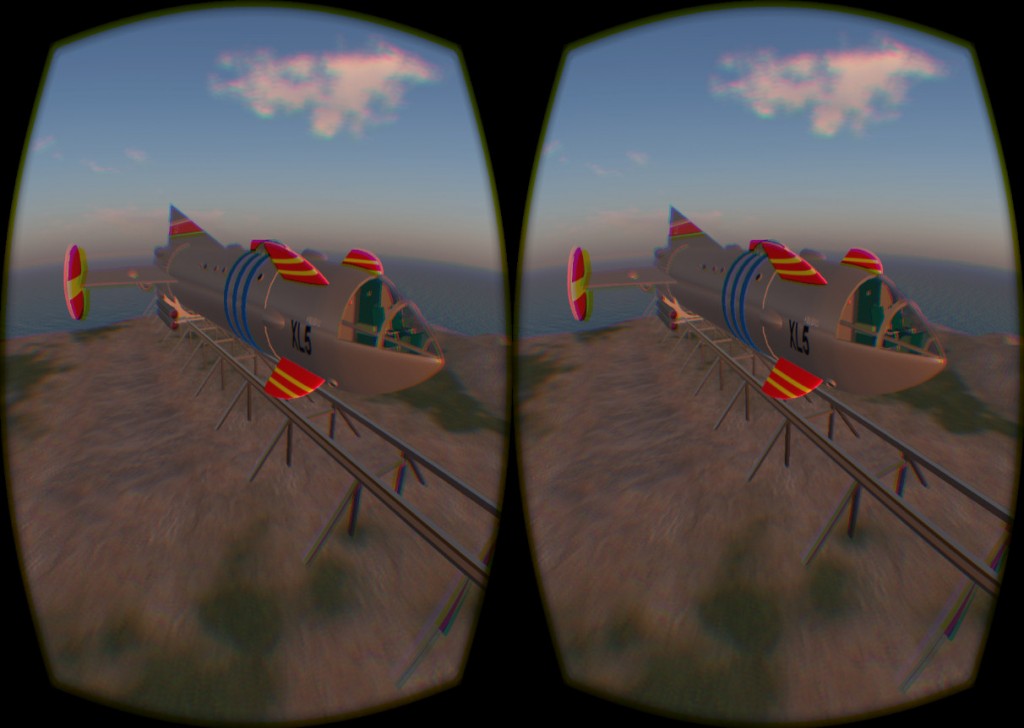 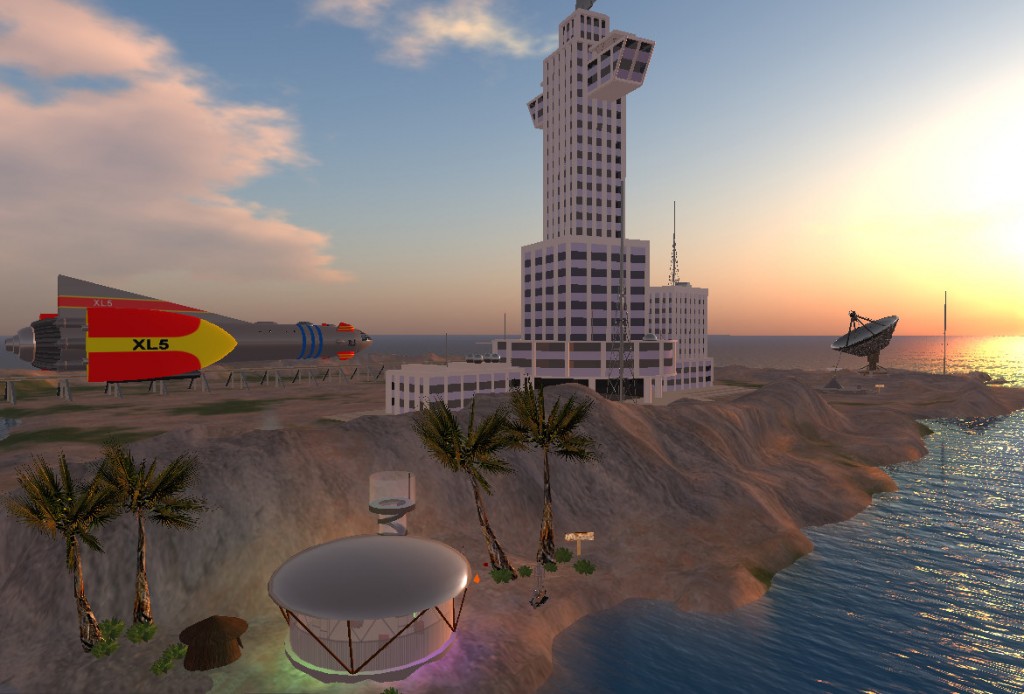 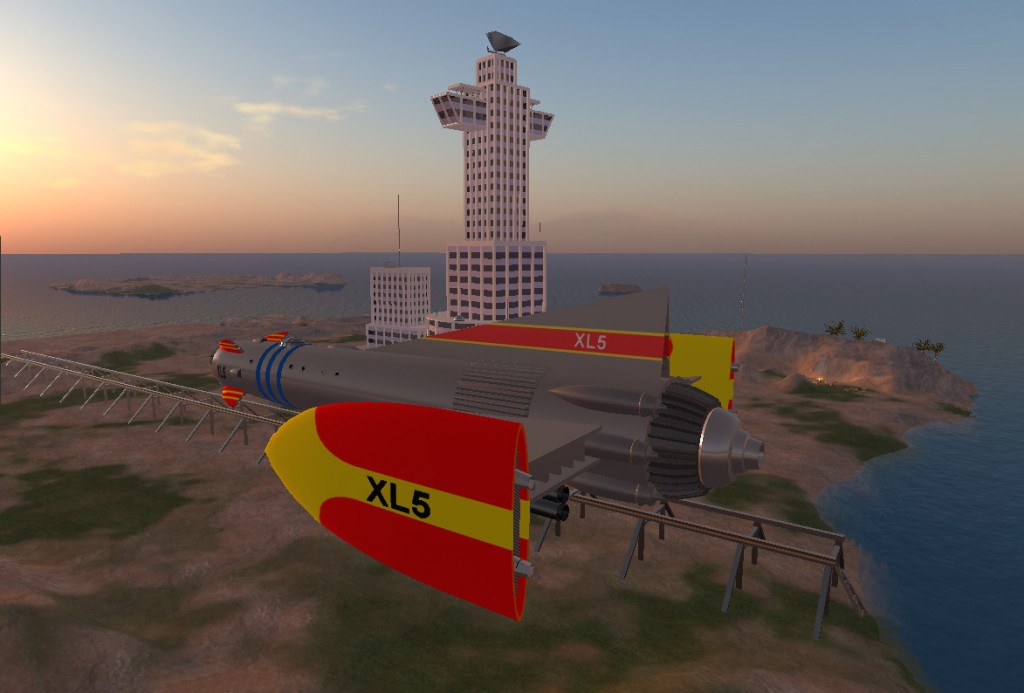 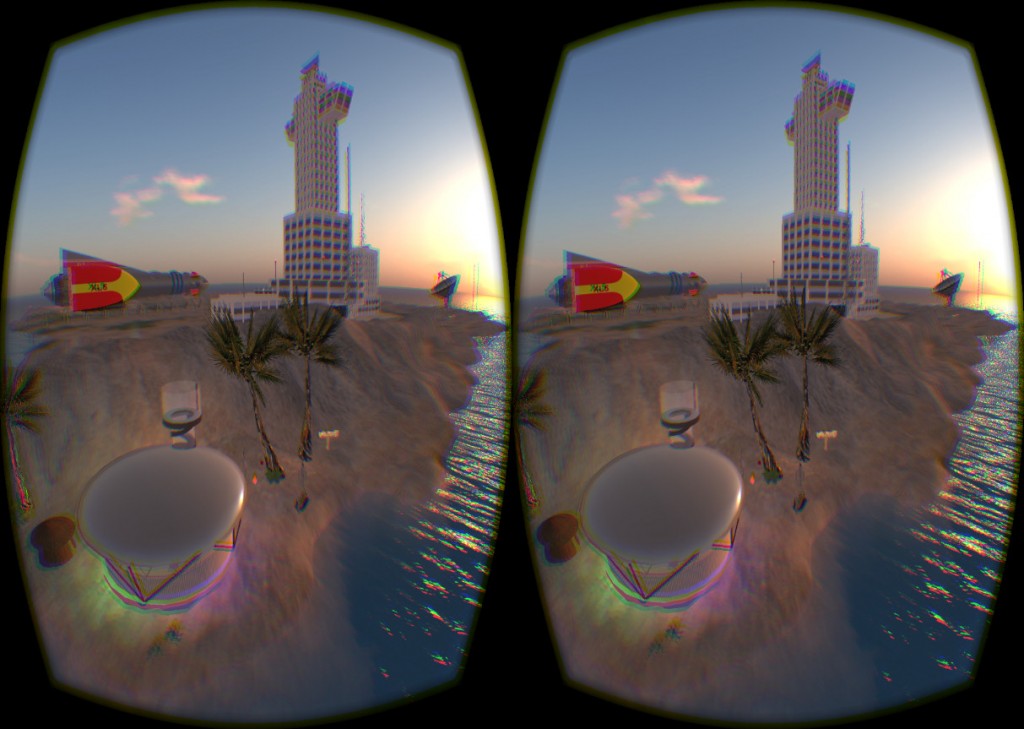 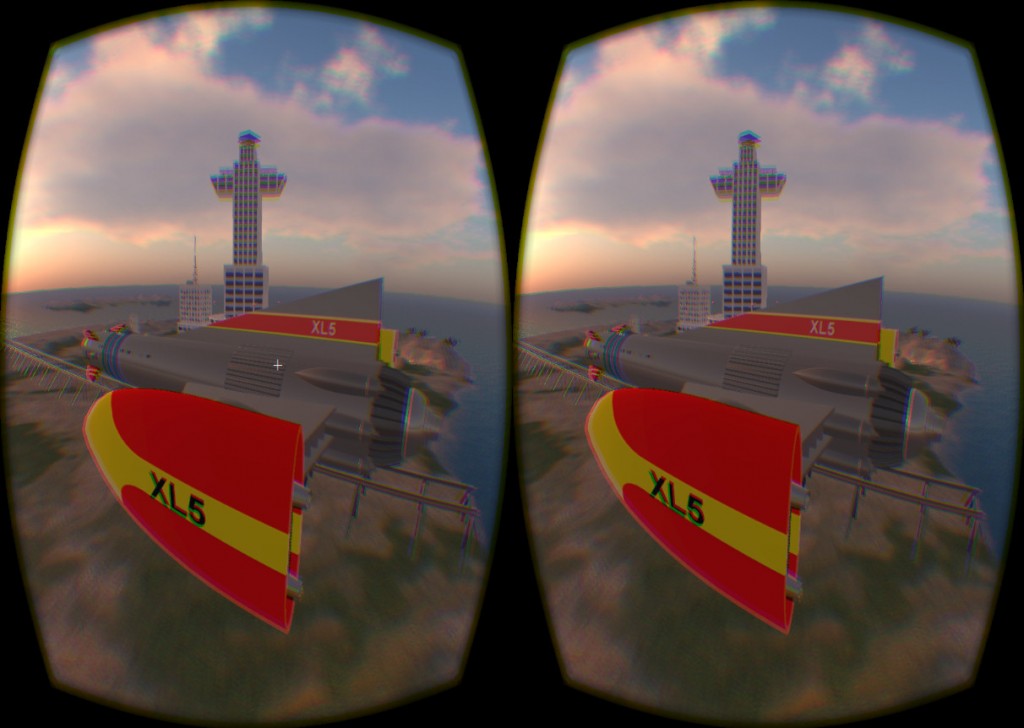 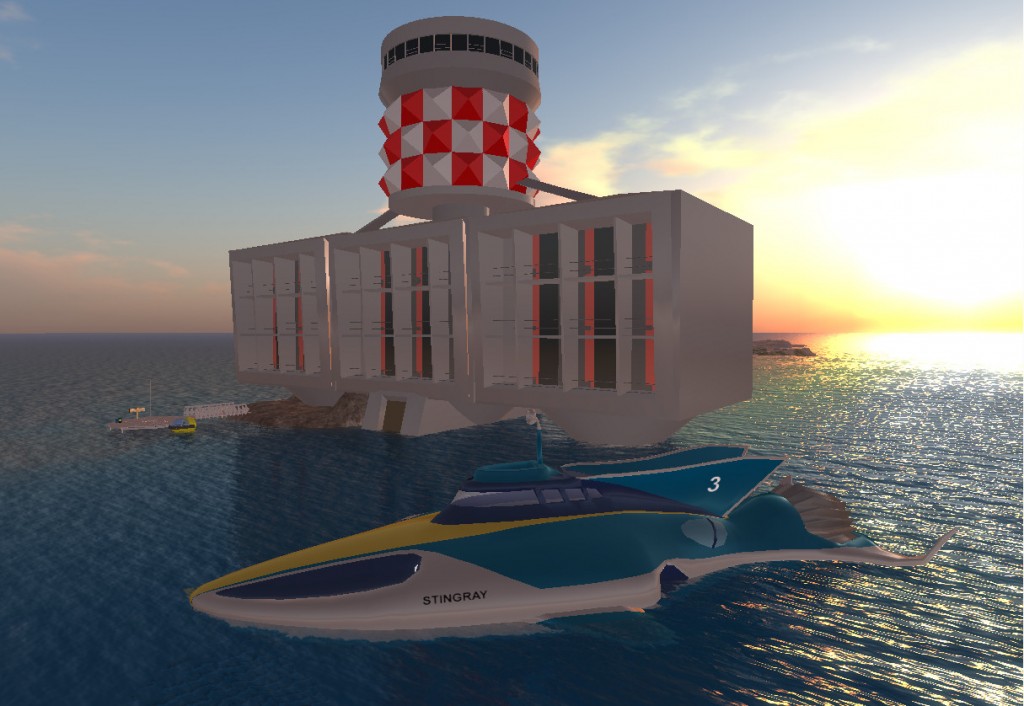 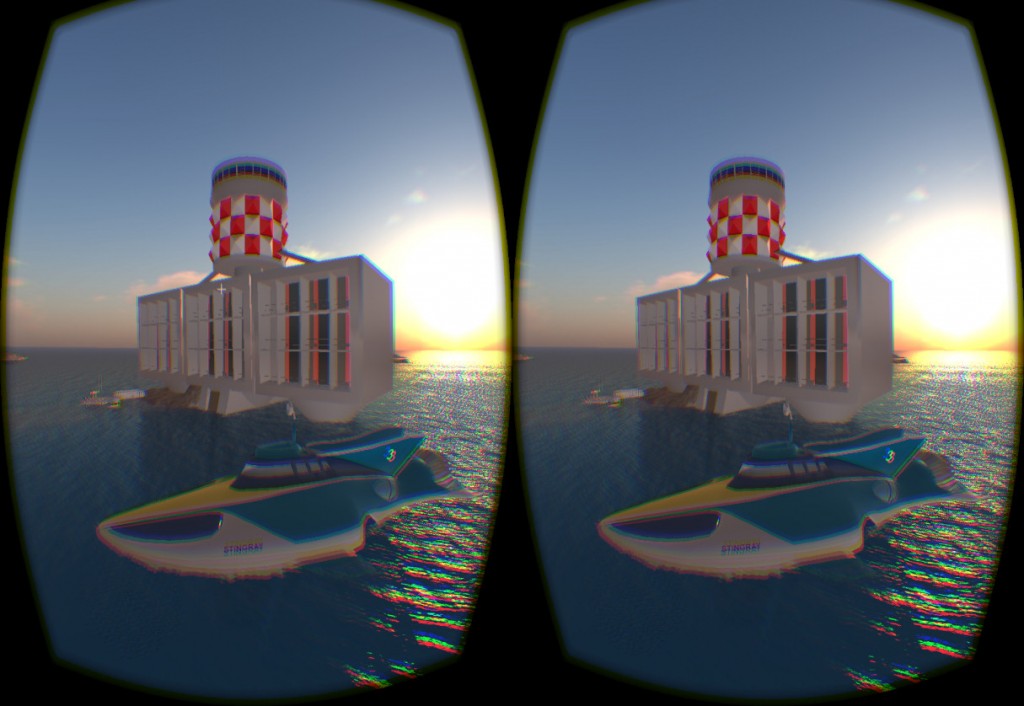 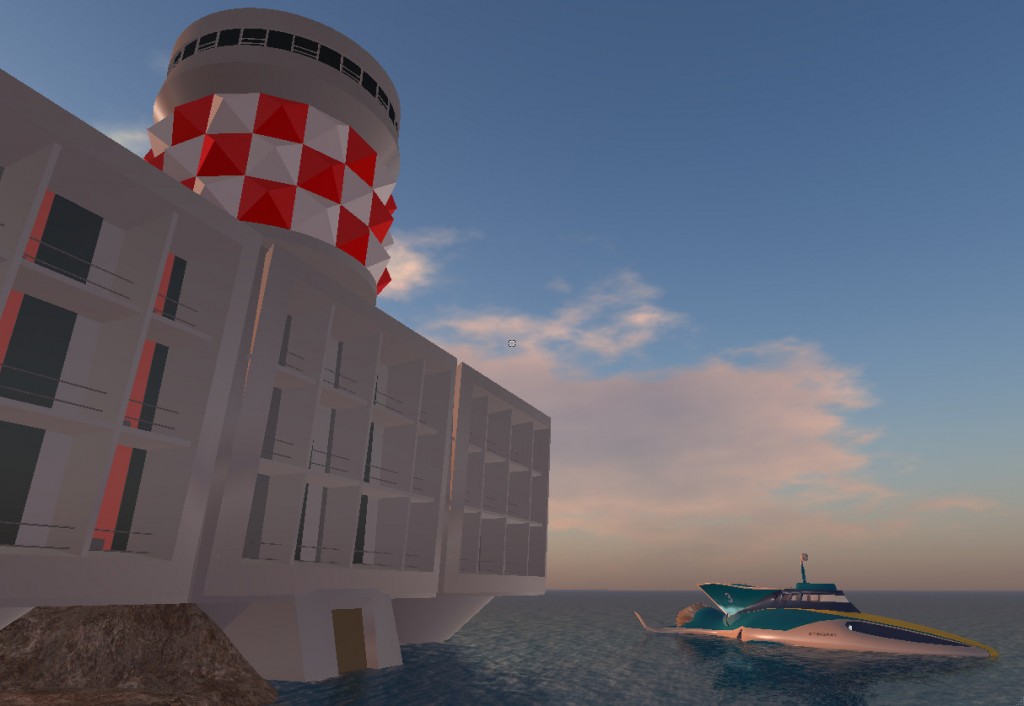 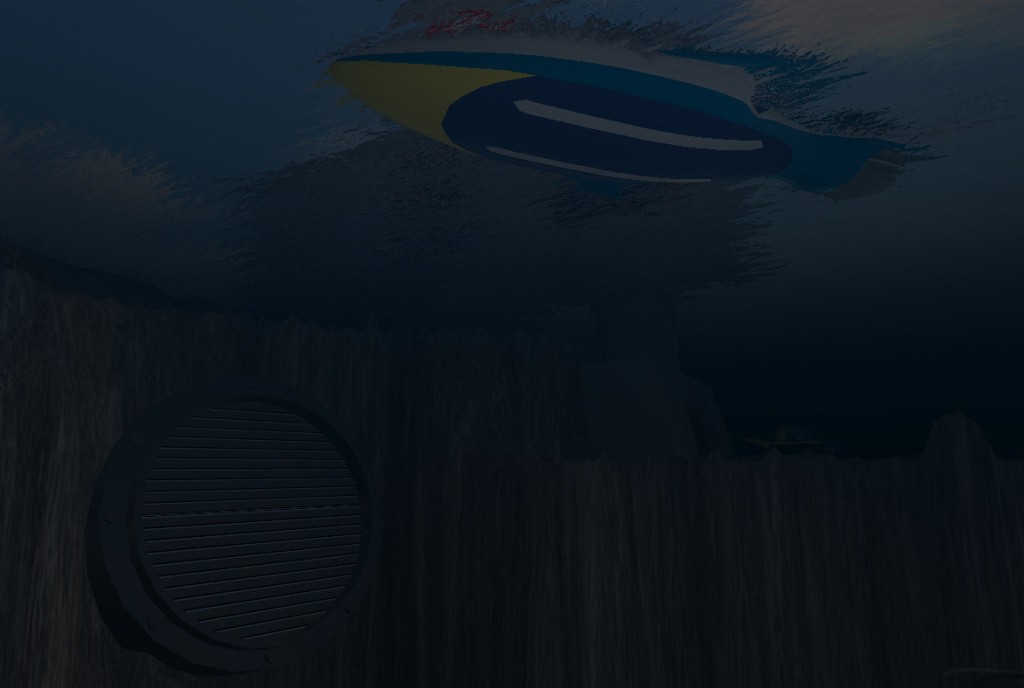 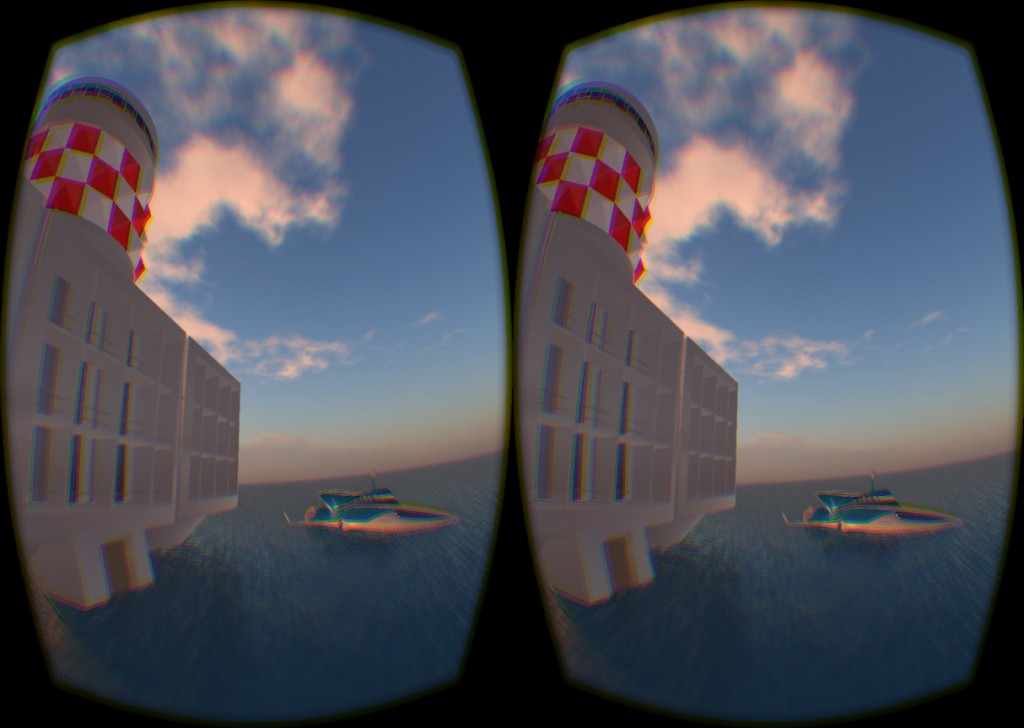 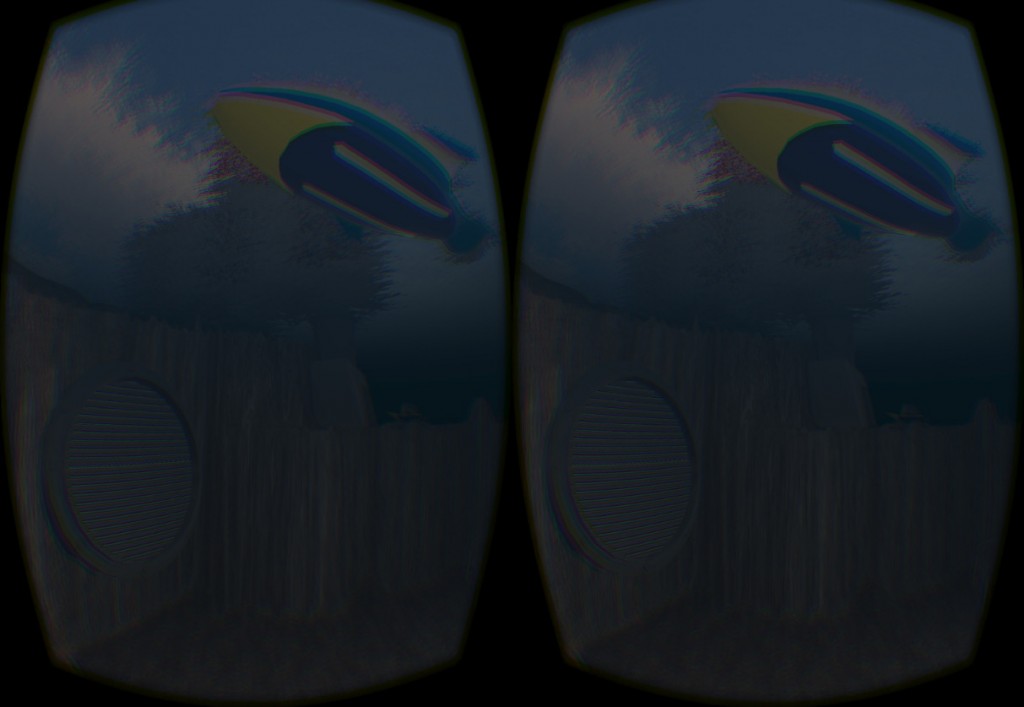 Using the OpenSim OAR converter, the Black Rock, Space City and Marineville regions have also been recreated in Unity 3D. See this blog post for more information and links to try 2D versions of the Unity conversions. Such Unity applications can very easily be used in 3D/VR mode using the Oculus features supported directly by Unity with an Oculus VR (OVR) library oackage to provide the camera and gamepad controller.