The Edinburgh Centre for Robotics is to get a NASA Valkyrie Robot in March 2016 as part of its Robotarium.

The Valkyrie robotic platform was originally designed and built in 2013 to carry out search and rescue missions in line with the DARPA Robotics Challenge. After a series of electro-mechanical upgrades and a software partnership with IHMC, the Valkyrie platform is now a core robotic platform in the NASA Space Robotics Challenge. The Valkyrie platform measures about 6 feet in height and weighs 290 pounds. Valkyrie is a 32 degree of freedom (DOF) walking robot featuring two 6 DOF end effectors; 44 DOF robot in total. Valkyrie utilizes the MultiSense SL in its head, anterior hazard cameras, multiple strain sensors, and a range of force/torque sensors.
[Extract from NASA Valkyrie Wiki] 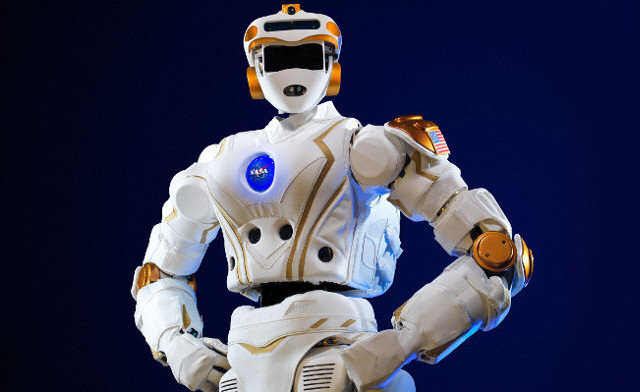 YouTube video of the model planned for use at Edinburgh provided by Marco Caravagna, a PhD student in the Edinburgh Centre for Robotics… showing the Valkyrie parts all in their zero configuration, i.e. all joints are set to zero… https://youtu.be/79HKzKExM0Q 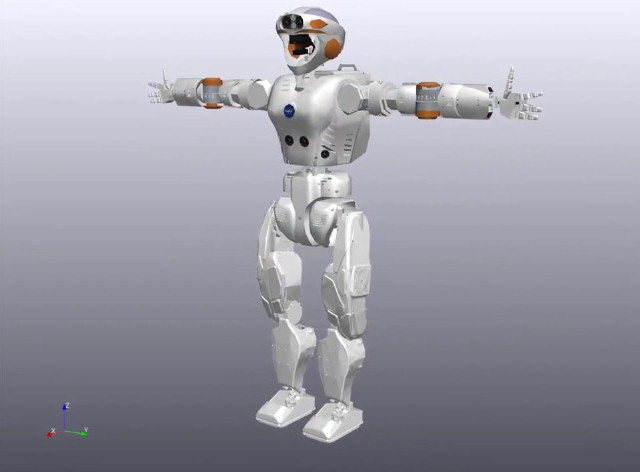 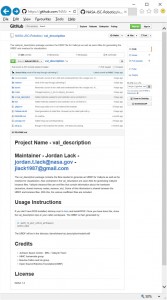 The Collada .dae firmat meshes can be imported using the Second Life Viewer (Firestorm 4.7.3 actually used) model uploader and appear to be at the correct scale by default and import with their textures intact. For most models I used the default scale of 1.0, ticked texture import, selected the type of object as an “Avatar Attachment” and set physics to “Medium”. 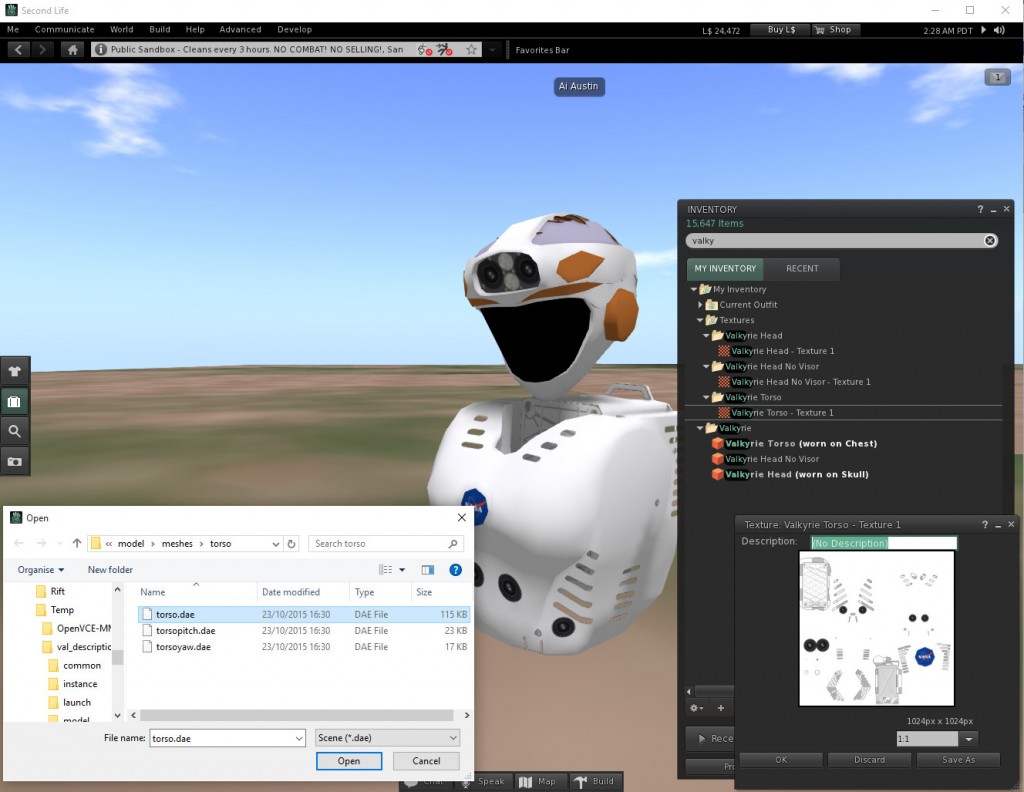 Some of the meshes give a model importer warning that the model triangles are degenerate or too small and that the physics model is invalid. This happens even when the “Lowest” physics level is selected…e.g. on the Leg-Foot model. 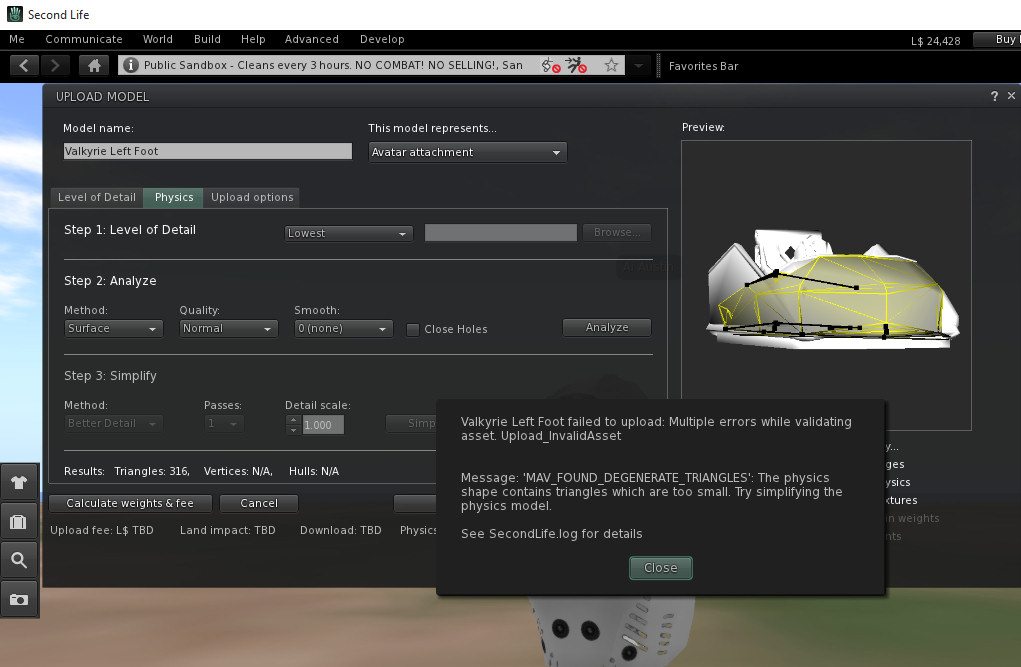 To fix this, under the Second Life model importer tool “Physics” tab I selected “Lowest” setting and then did an “Analyse” with “Close Holes” ticked, followed by a “Simplify”, e.g. “Retaining” 75% and trying 1 pass was sufficient on several parts. But I also tried 50% and 3 passes which also worked and gave reasonable visual models. 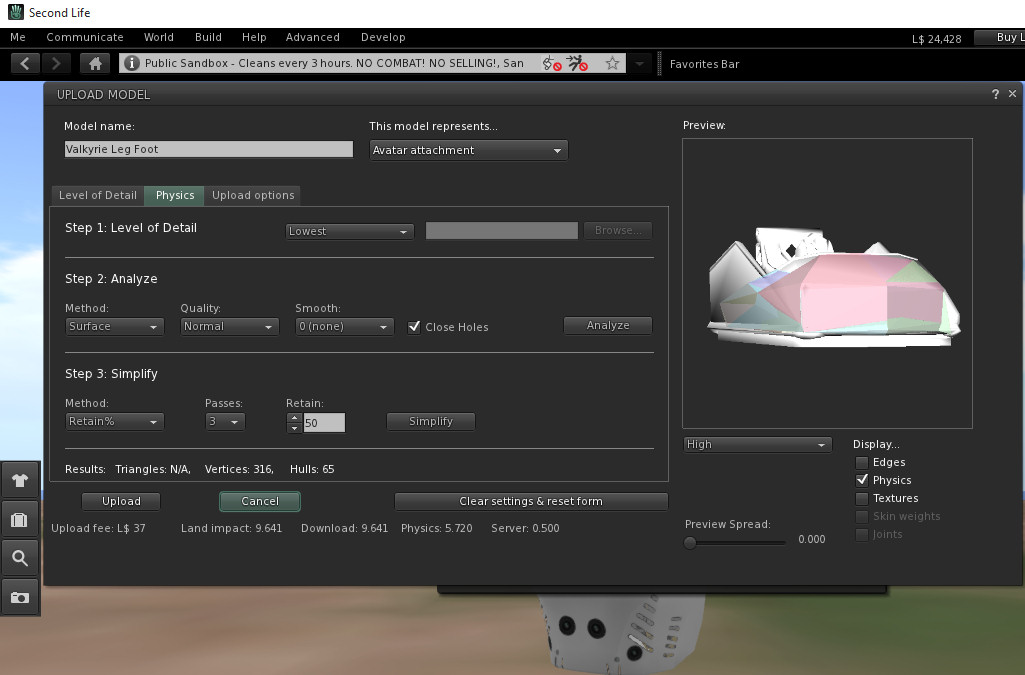 As used for a previous “Robert the Robot” avatar, a “SimpleBot” rigged mesh avatar, also in Collada format and which is provided as a tutorial example was used as a basis for the avatar, along with a compete “alpha” mask to make the underlying avatar invisible. The various imported Valkyrie model parts are then attached onto the appropriate avatar attachment points and then rotated and moved into position. 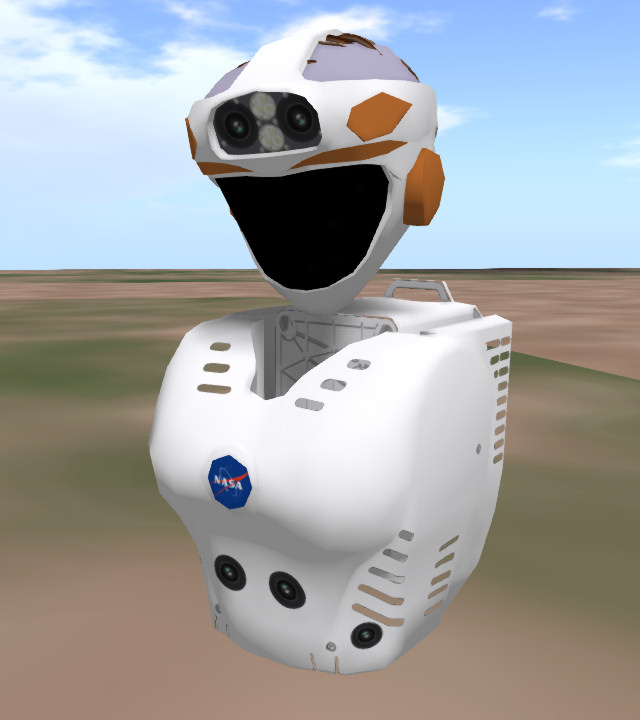 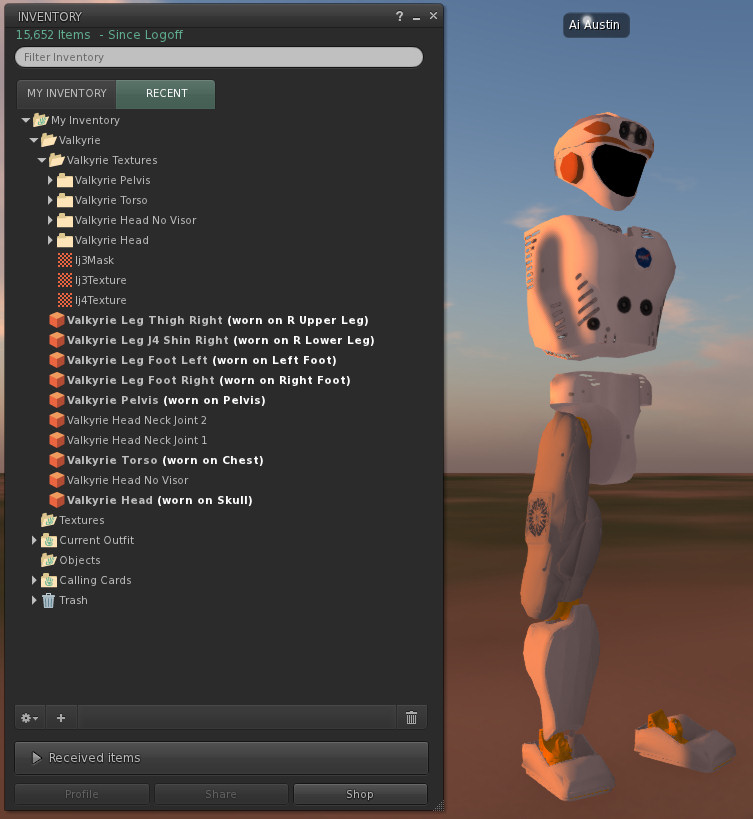 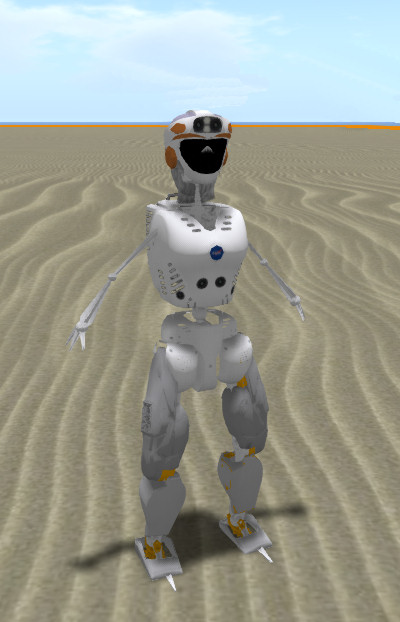 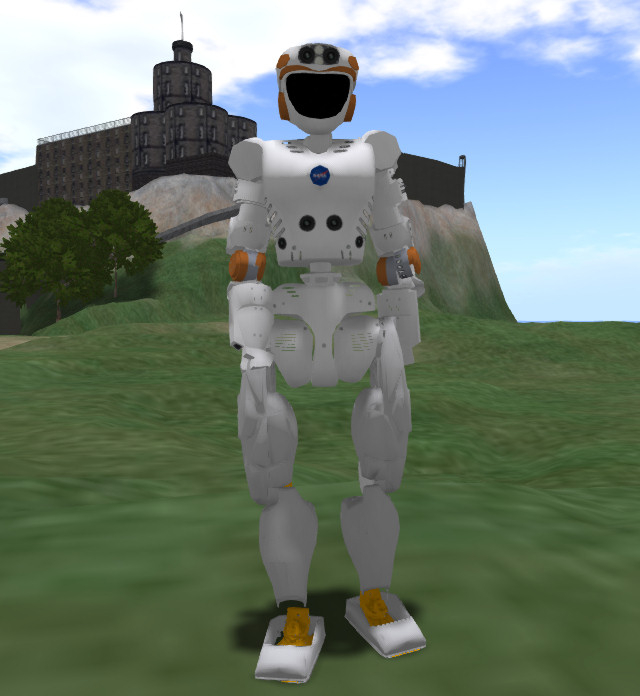 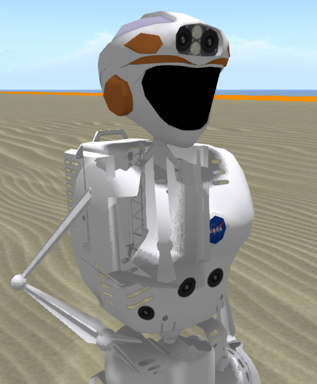 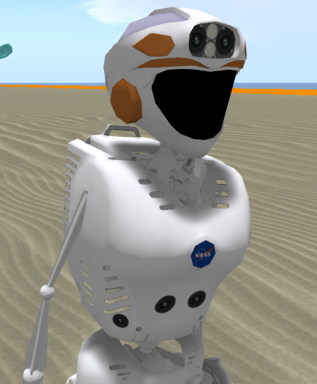 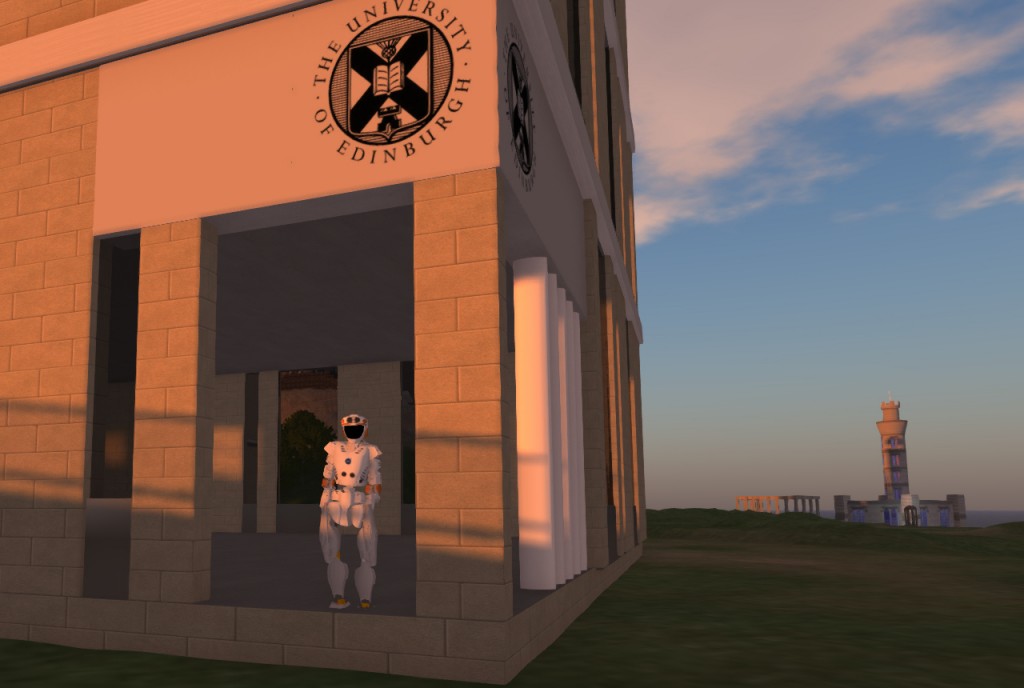 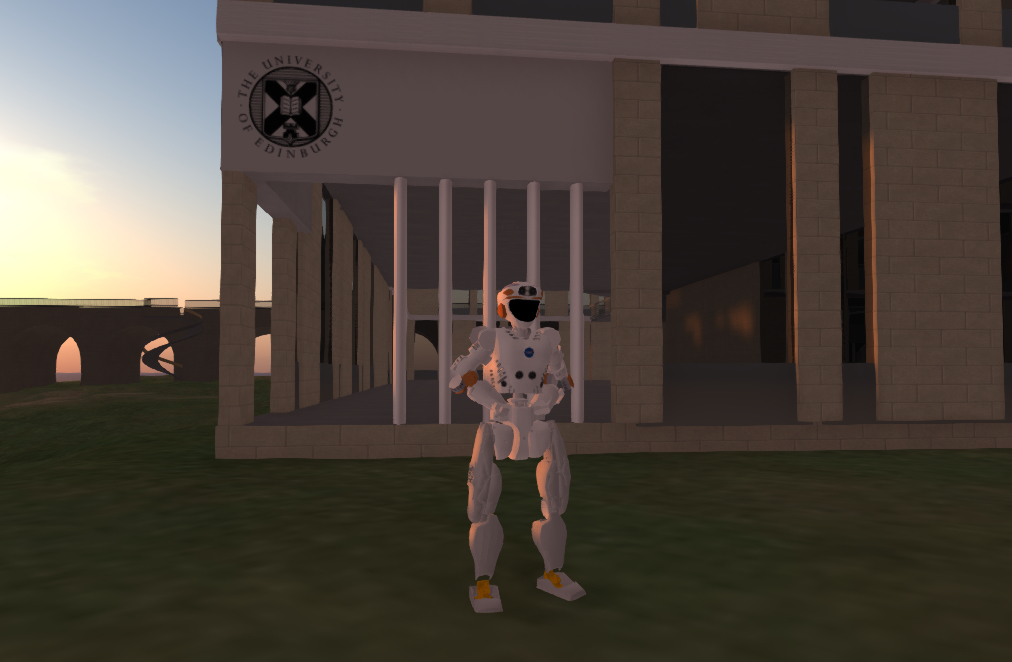 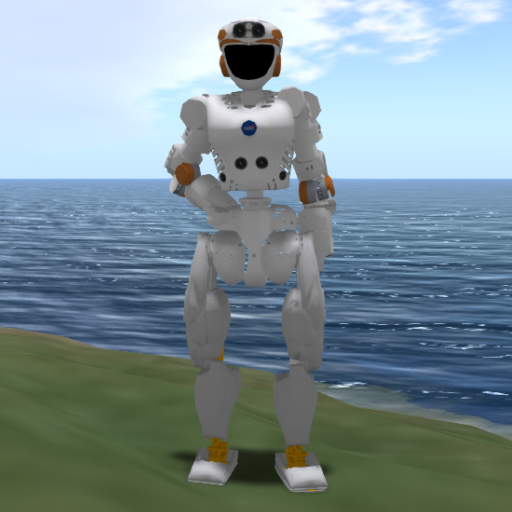 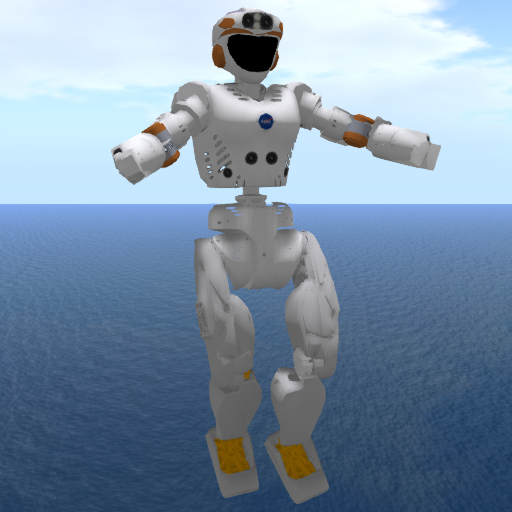 Images of Completed Avatar at Informatics Forum and InSpace in OpenSim 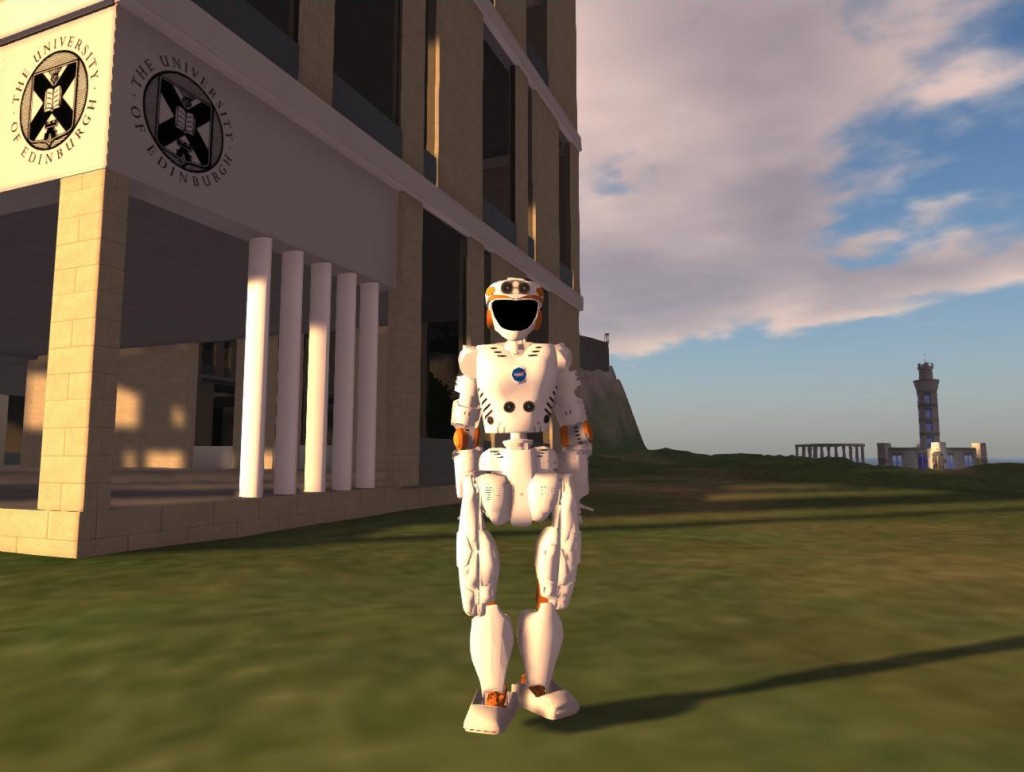 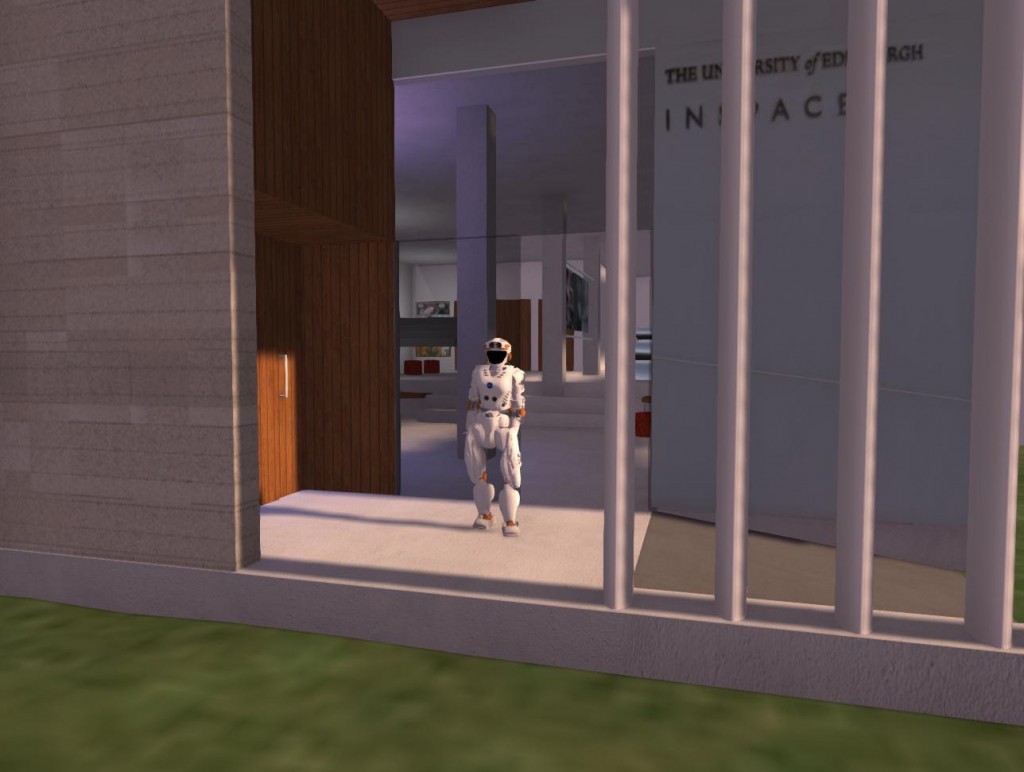 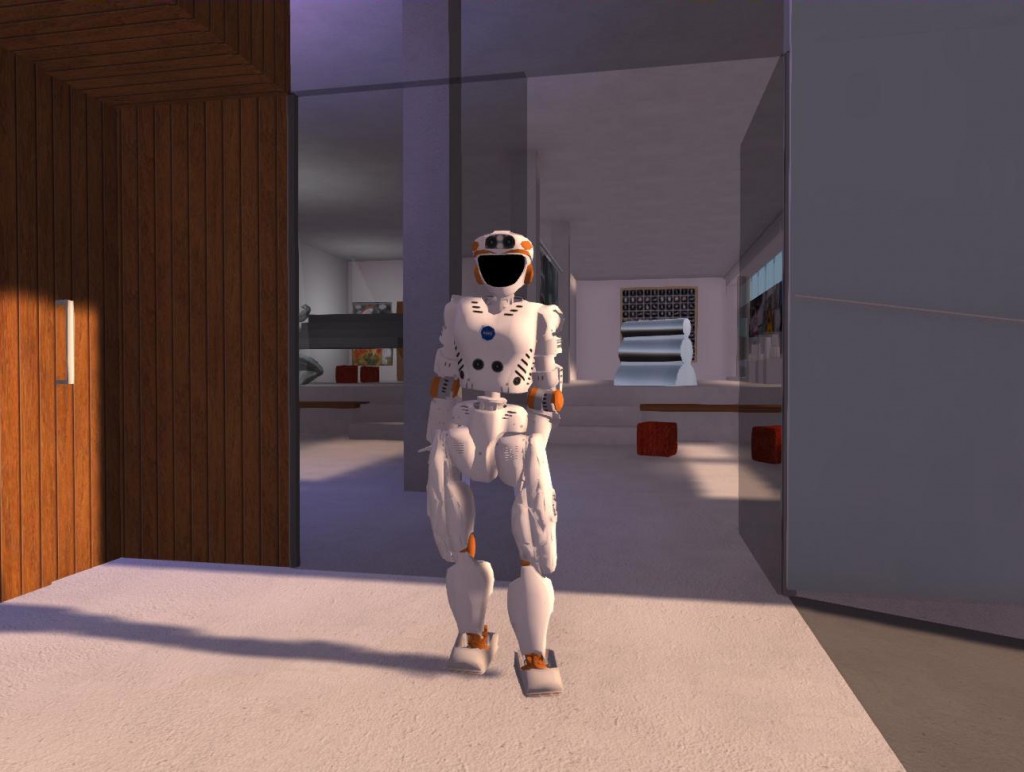 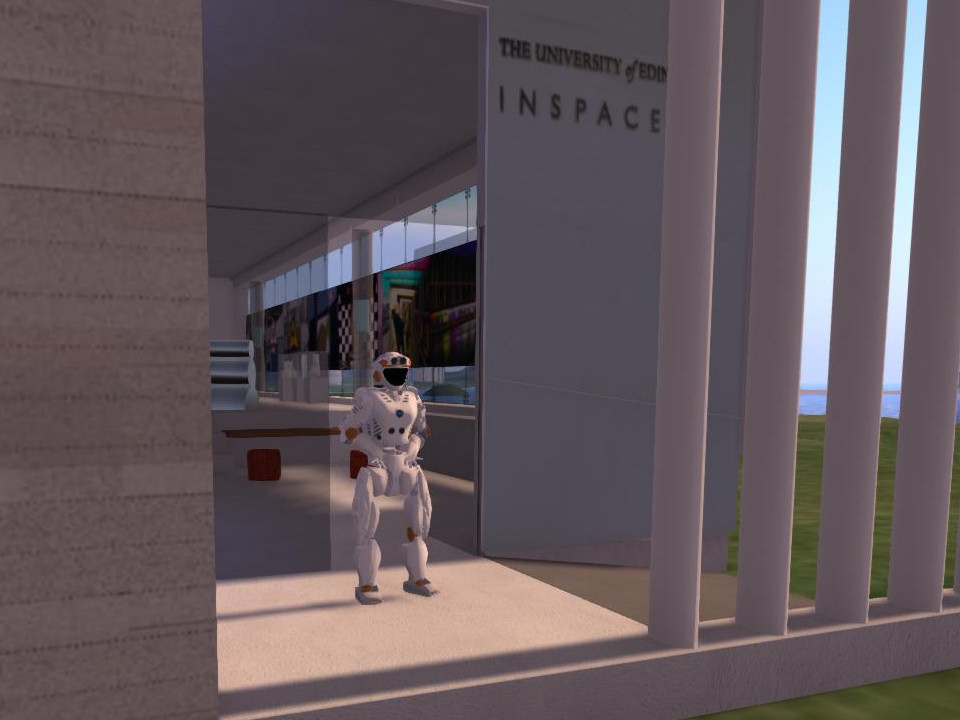 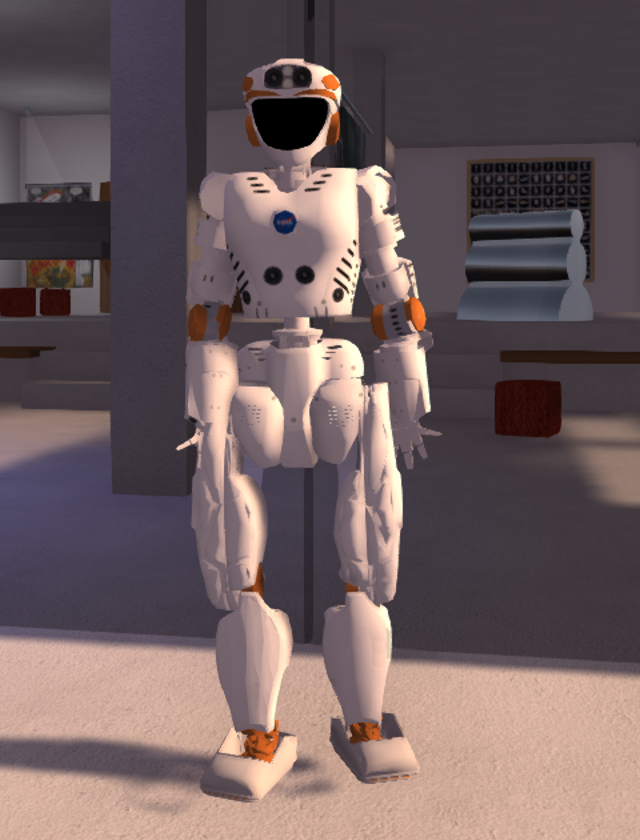 The NASA Valkyrie robot avatar for OpenSimulator is available for download in the form of an OpenSim Inventory Archive (IAR) file. This IAR may be loaded into the inventory of an OpenSim avatar or used as the appearance of an NPC. Obtain the latest Valkyrie IAR at:

NASA Valkyrie robots are being placed at top robotics centres at MIT and Northeastern (announcement) and at the University of the University of Edinburgh. These will kick start developments intended to be showcases in the NASA Space Robotic Challenge, initially in simulated environments and then progressing to a physical challenge environment, with a view to eventually ending Valkyries to Mars as a precursor for manned missions (IEEE Spectrum Article – including NASA Images Below). 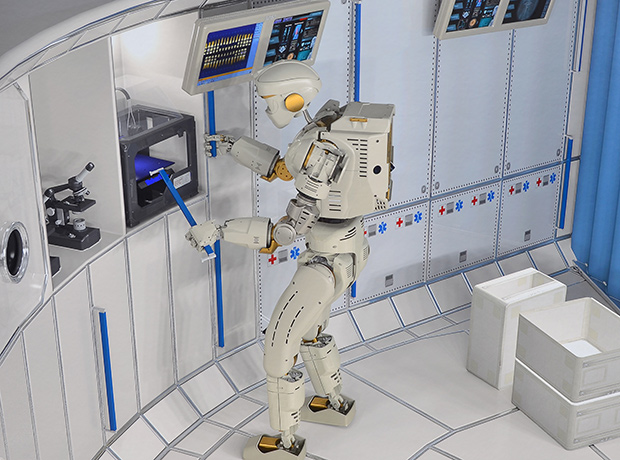 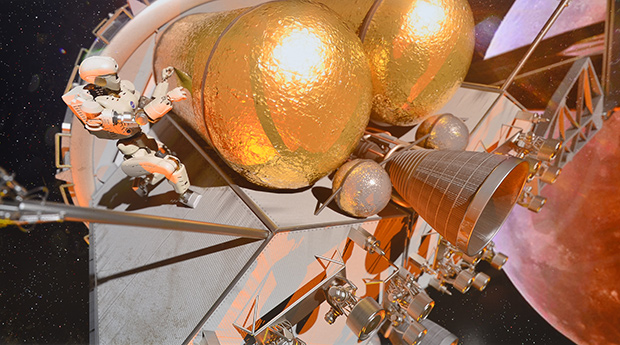 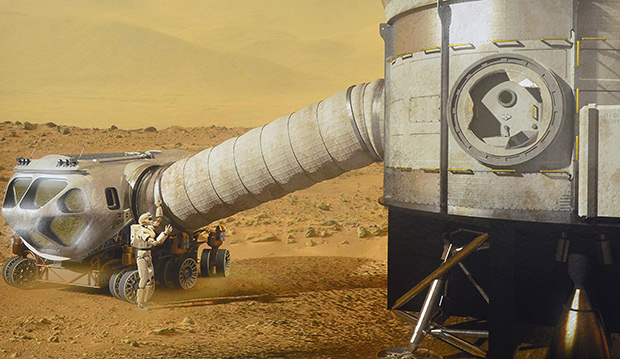