Normally Second Life and OpenSim have regions which are 256m X 256m in size. Regions can be placed alongside one another to make up larger land masses, as is done with the Virtual University of Edinburgh (Vue) regions which can involve 12 adjacent regions (see live served map).

In the past, OpenSim has provided “Megaregions” which can be larger than the standard sized region to alleviate issues which have arisen in smooth crossing of borders, especially for physical vehicles. More recently a tidier mechanism entitled “Varregions” which is supported by modern OpenSim-capable browsers (such as Firestorm, Singularity, Kokua, Alchemy, etc) has replaced the older Megaregion facility. 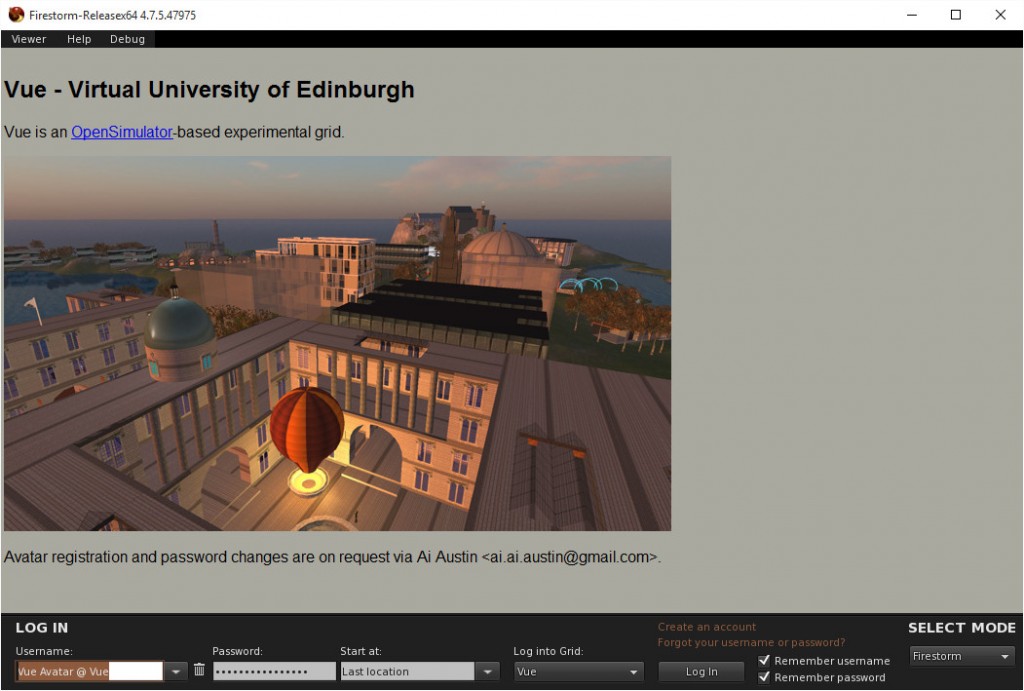 For testing the simple Vue grid hosted at http://vatersay.aiai.ed.ac.uk:9000 which had a single “pin-head” style island of size 256m X 256m was restarted with the Region.ini entry for the region changed from having a size of 256m X 256M to 1024m X 1024m, and then the server was restarted. All behaved very well, with the new extended space being filled in with flat terrain which is a good default, so you can see the added terrain. 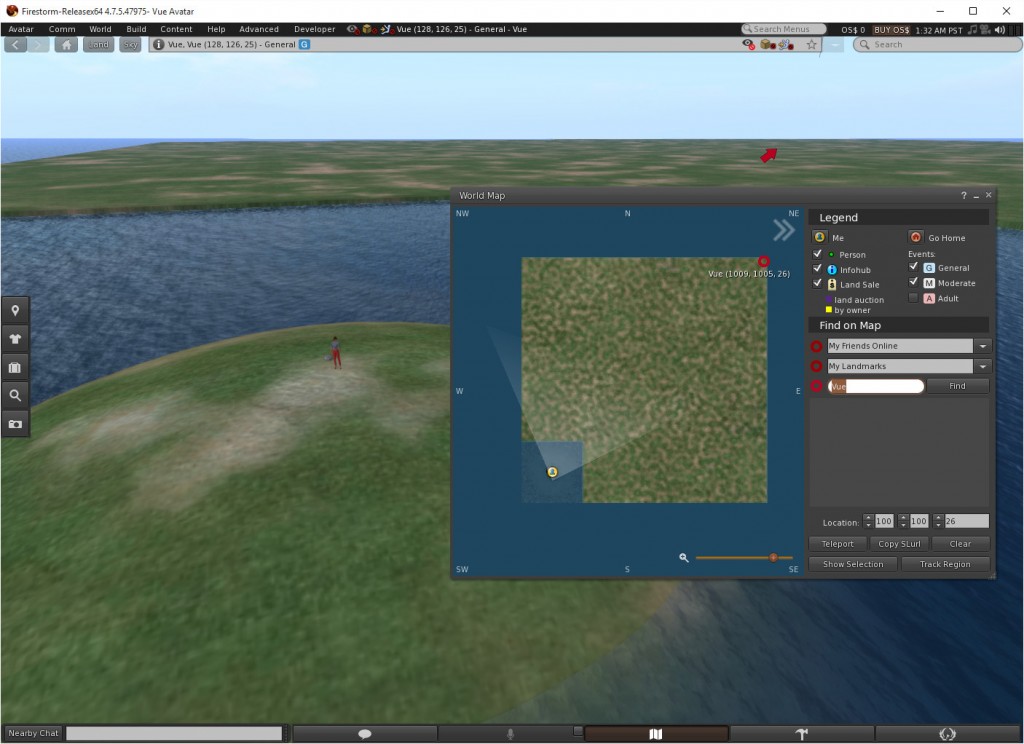 The “load oar” console command can be used with appropriate parameters to populate a Varregion with content saved from regular 256m X 256m regions, E.g. …