Kez Wilson and Michael Wolff at Misc!Mayhem Comics in the US were fans of Gerry Anderson’s Supercar and other TV shows and in 1999 wrote new stories about Supercar, the team of characters at Black Rock Laboratory, the baddies in the TV show and an extended family of new characters. Officially licenced, the first issue appeared in print in February 2003. 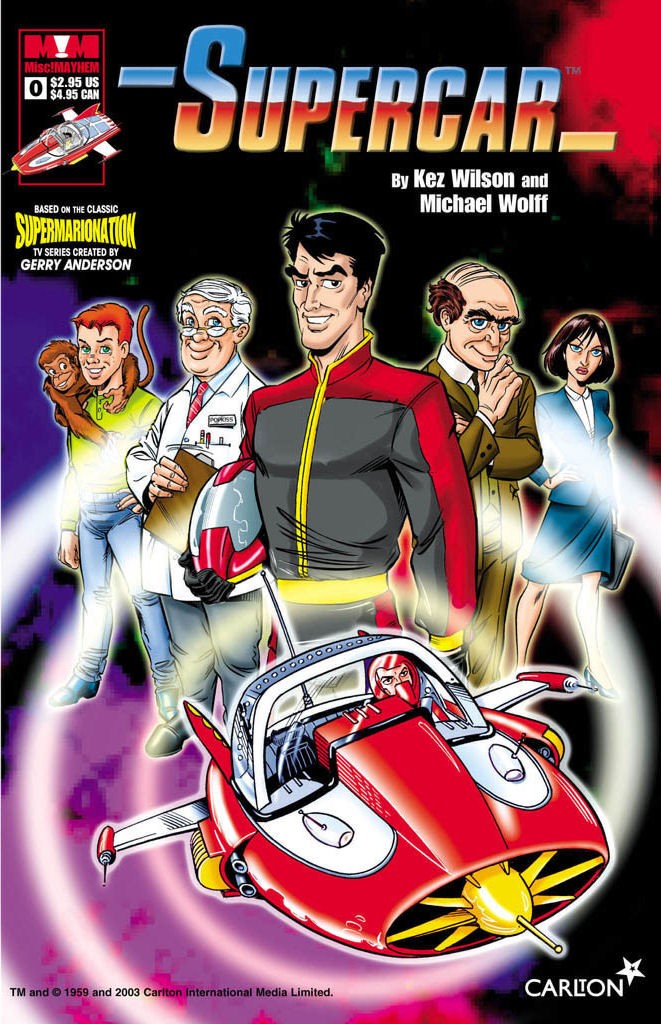 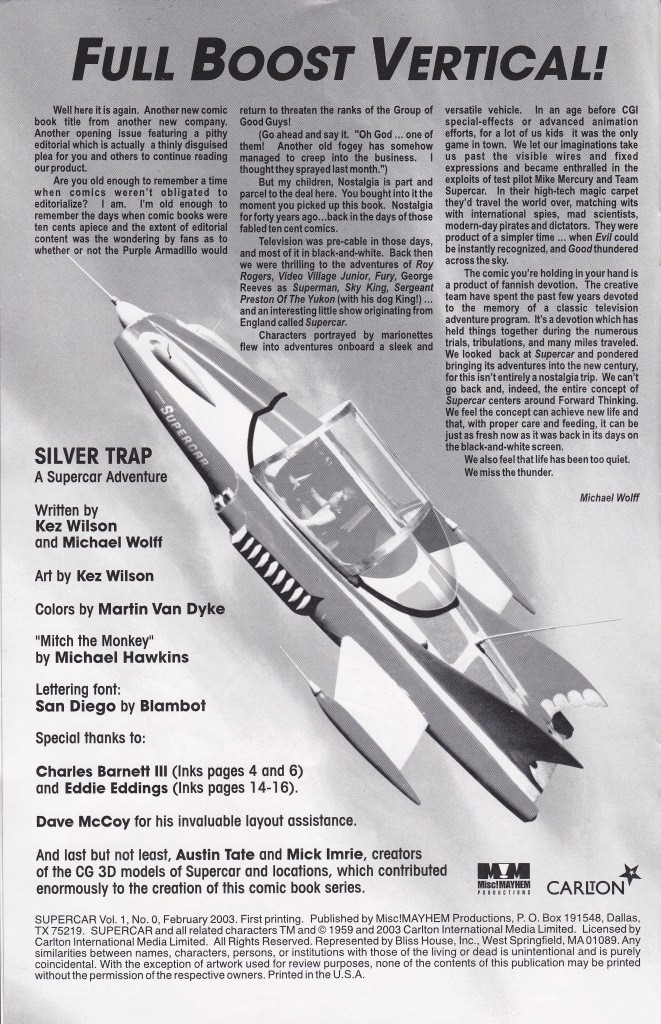 In a collaboration between Kez Wilson and Austin Tate, the Supercar and Black Rock Laboratory 3D models created by Mick Imrie and Austin Tate, and renders of them in poses that would appear in the comic strips and panels were created for the initial outline artwork… the aim being to get realistic and accurate imagery for the eventual fully inked and coloured comic strips. Here is an example layout page and two of the rendered images produced for that page… 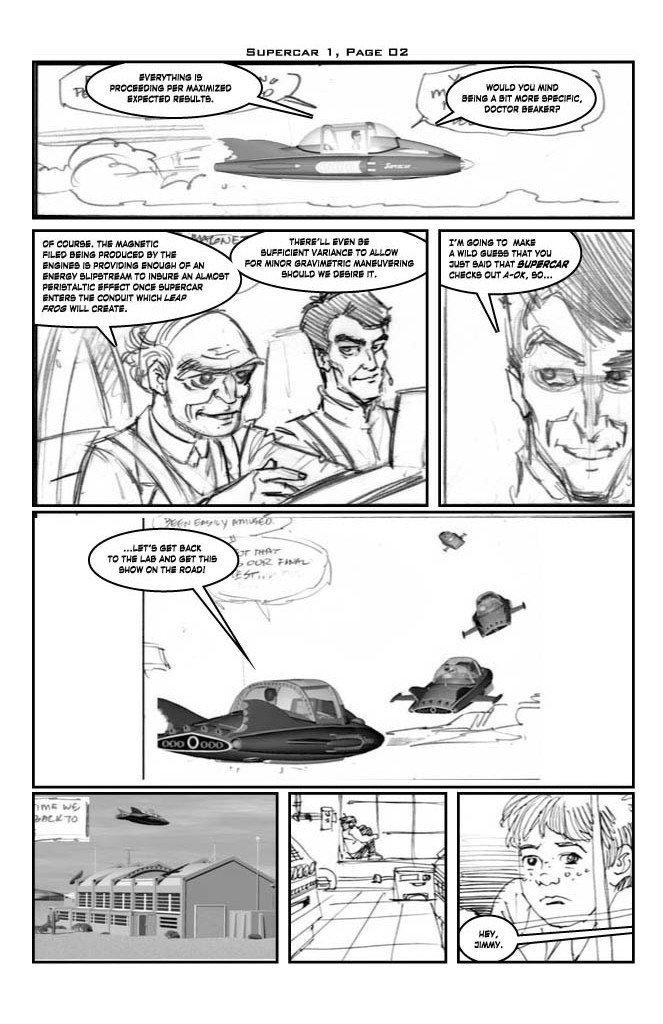 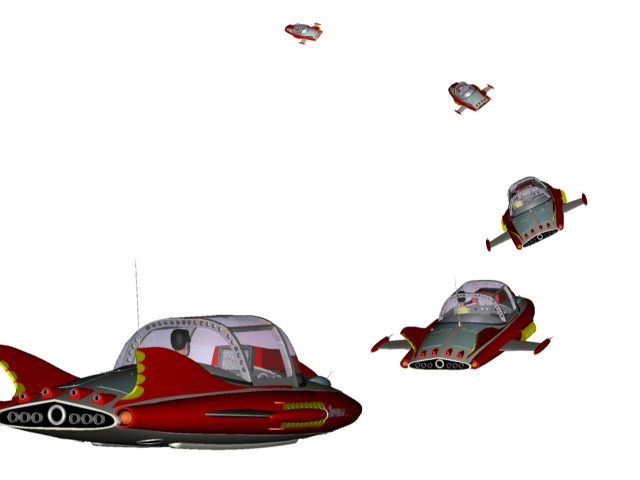 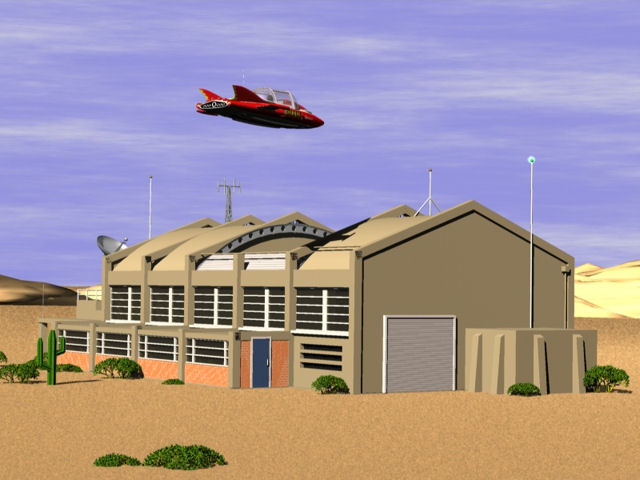 A page of the full colour artwork is shown below to illustrate the dynamic nature of the visuals in the Supercar Comic…. 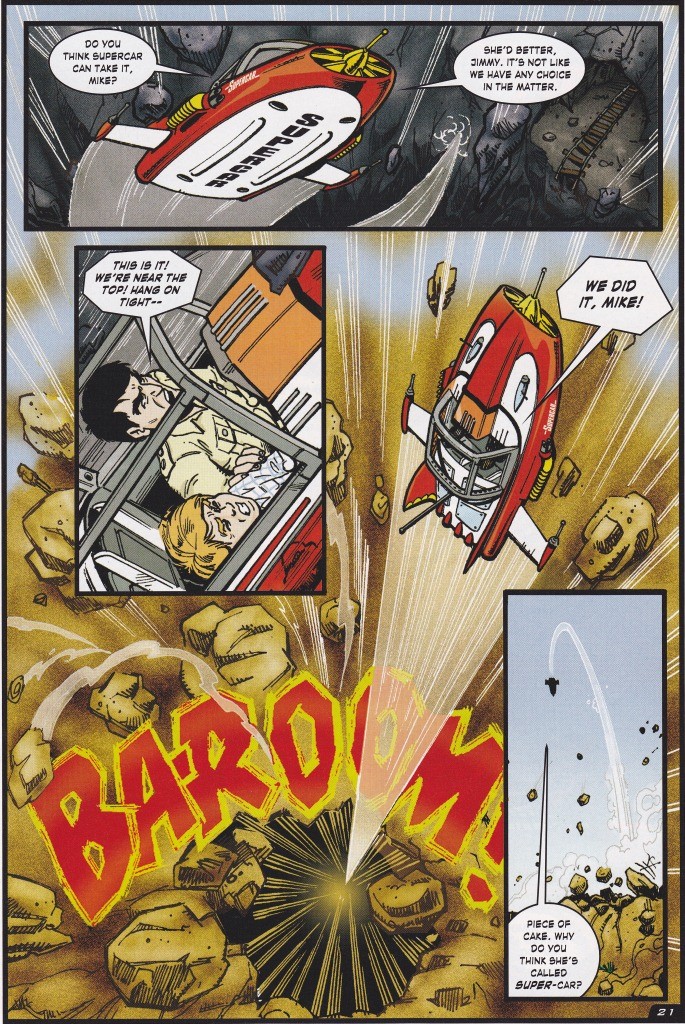 Kez Wilson and Michael Wolff continue to create comics… some based on storylines developed alongside the Supercar Comic stories. See, for example, “The Adventures of Carter McCloud and Team Pegasus” and their web site at http://pulplications.com.