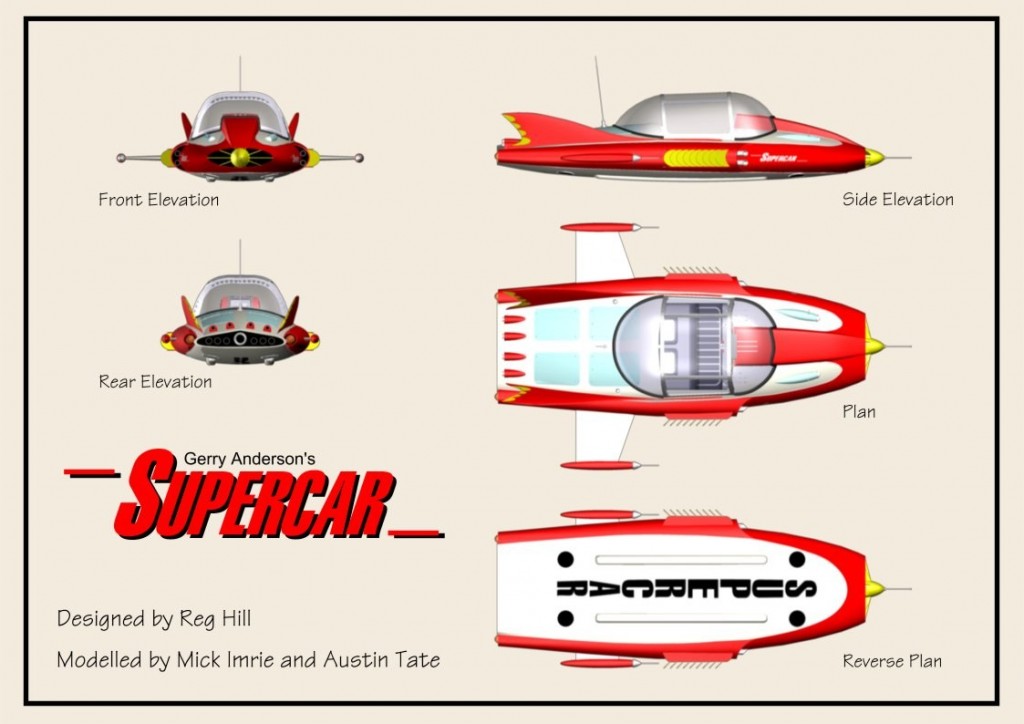 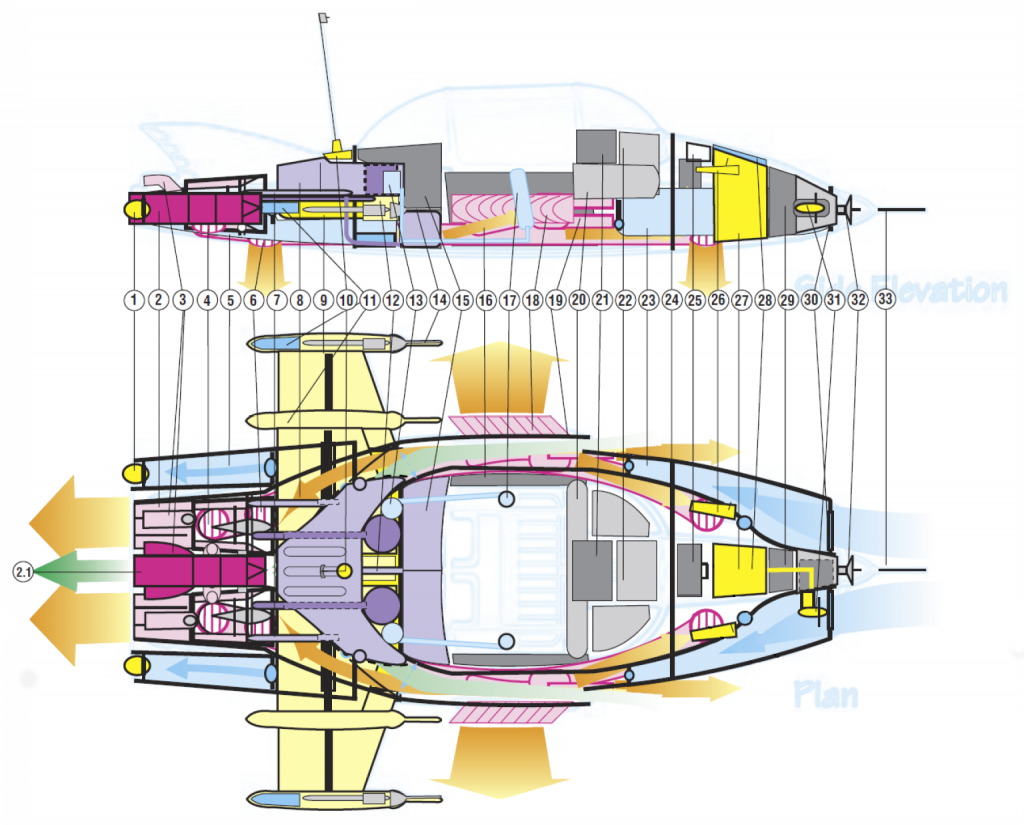 Supercar operates in any of a set of “Control Plans” which set up the various systems such as hydraulics, valves, wastegates, instruments, sensors and control computers to respond in appropriate ways to the environment and the pilot’s (or remote console’s) control inputs.

The Control Plans are selected by the Control Plan Selector (CPS) which operates in steps (each of which click into position and engage quite firmly). There is an off position at the top, and 8 control plans below that. The positions inform the control computers and do not mechanically go through the intermediate modes when a new selection is made. Safety constraints within the control computers ensure that inappropriate modes cannot be selected.

There are 8 Control Plan Indicators (CPI) on the dash panel, one of which lights up to show which control plan is active. Other permitted modes that can be simultaneously used may also be indicated.

The Control Plans are configurable and can be uploaded to the control computers in advance or even dynamically during a mission. However, there is a “standard” set of usual assignments for these which is the default if no mission specific set is installed. 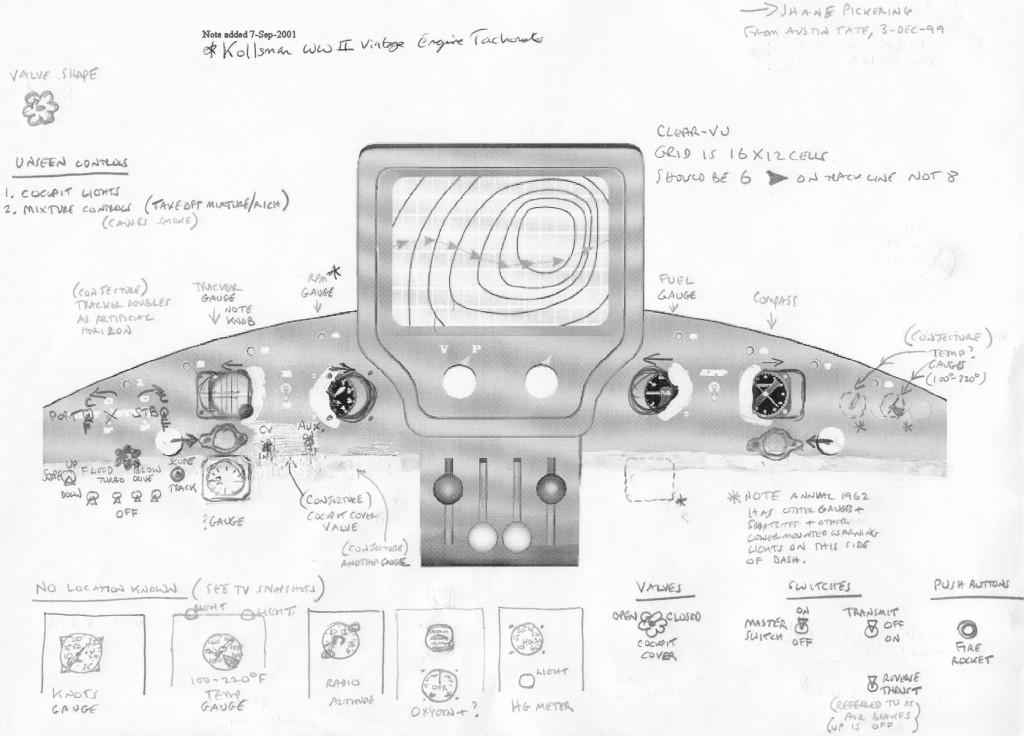 Supercar was created by A.P. Film Studios in association with ITC (now ITC Studios). Supercar internal schematic technical concept, text and drawings by Shane Pickering 1999 with technical assistance from Austin Tate. Original Supercar designed by Reg Hill of A.P. Films. Supercar exterior based on Phil Rae Blueprints and 3-D model by Mick Imrie and Austin Tate. This is fan produced material to promote the shows of Gerry Anderson and provided for your enjoyment, and should not be used for any commercial purpose.