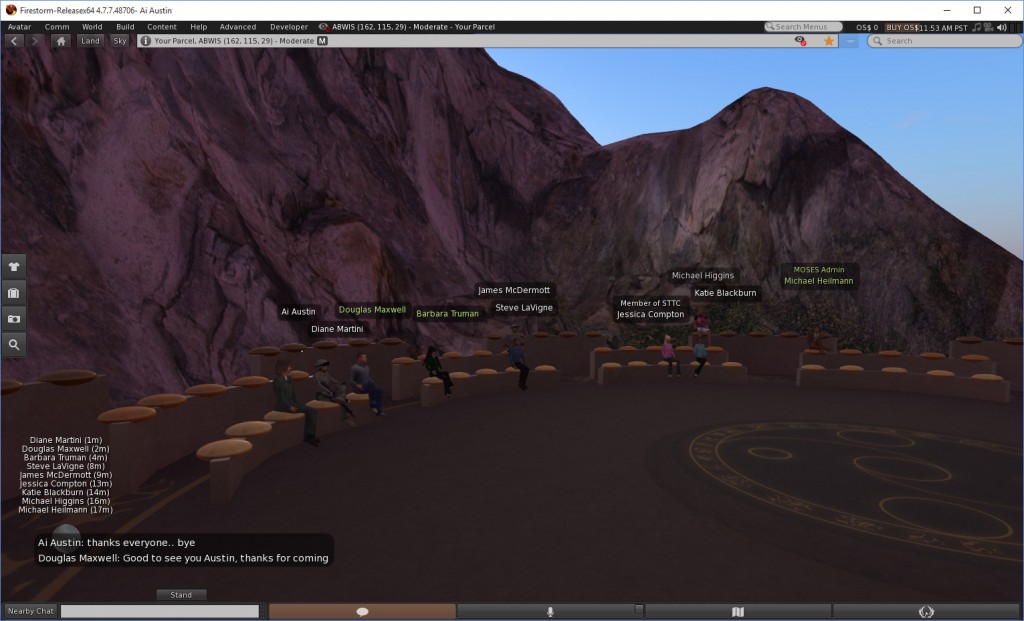 At this specific meeting there was a discussion of the “Redmine” Wiki used for development and community contributions within team members of the MOSES project, and openly readable by all:

Suggestions were made for version control and version/change dating of scripts.

There was also a discussion of how to produce “360” videos and images from within a virtual world, including the idea of separate scripted 360 style camera… which may implemented via a separate “client” using LibOMV, or could simply be in world and stream or send out its data to later combine into a 360 degree video. Another possibility might be to look at Nvidia’s “Ansel” API for in game screenshot freezing and production to various formats including 360 video.