On 28th September 2016 the Amazon Echo voice-activated cloud-based intelligent personal assistant device named “Alexa” was introduced in the UK, having been available in the US since 6th November 2014 (see Wikipedia article). This blog post collects resources and links related to voice-activated computer assistants such as Amazon Echo, Apple Siri, Google Home and Microsoft Cortana.

The Amazon Echo incorporates a wifi linked control unit along with a tubular speaker. The control unit on its own is available as the “Amazon Echo Dot” which can be connected to external speakers, though it also has a simple speaker incorporated for voice feedback. 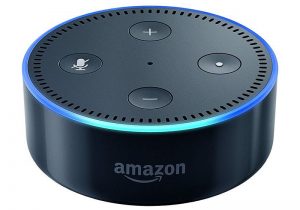 For some reason on a University network that should present several WiFi access point options (eduroam and central) only central showed. But except for that, connection to a Wifi network which requires a user name/password and conditions acceptance prompt was straightforward.

The Alexa Home Application on a web browser or mobile device shows the latest interactions, news, music player (with active controls), etc that are relayed via the device. 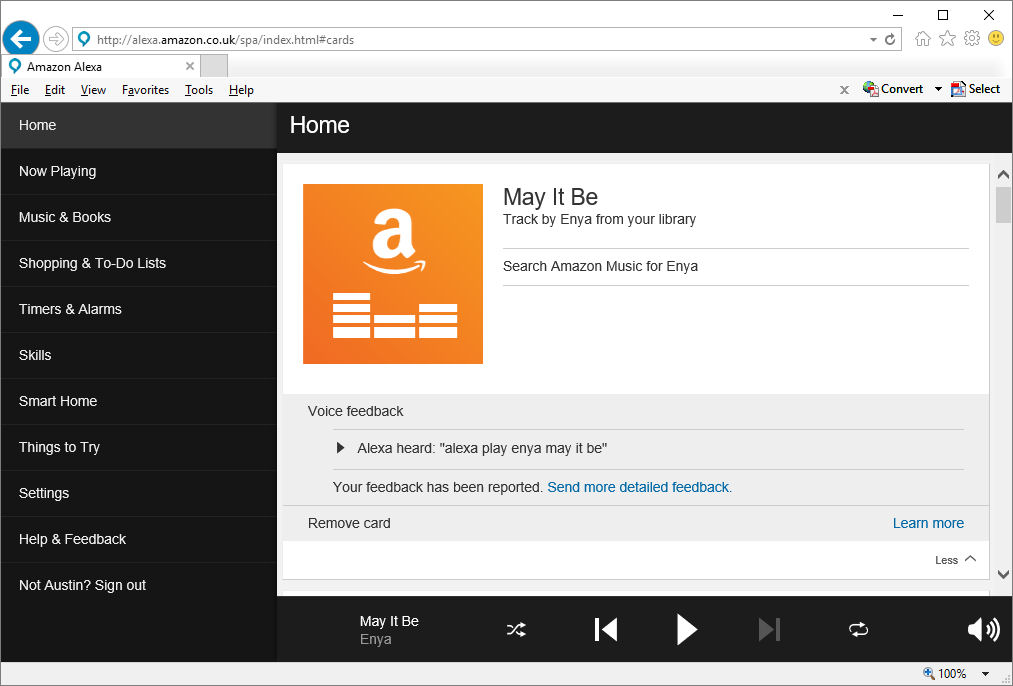 It appears that the ability to read out Kindle books is not present in UK devices yet.

The Echo and Echo Dot update themselves when idle for a period. See this page for the Amazon Echo and Echo Dot Current Software Version. Although my experience is that the version listed on web page may not be fully up-to-date and your Echo or Echo Dot may actually have a new version after an update.

If you move your Echo or Echo Dot to a location with a different WiFi access point, you will need to change the WiFi setup. The device will indicate it cannot make a WiFi connection. If you then hold the “Action” button for 5 seconds or so, it will show an orange ring and enter setup mode. This will create an “Amazon-XXX” named local WiFi setup to which you should connect your Alexa app device (such as an Apple iPhone/iPad). Then run the Alexa App, select “Settings”, select your device and enter “Update WiFi”.

I tried to connect a Belkin Wemo smart home plug. An immediate issue was that I could not connect to a Wifi network that requires a login username and password, normally presented through a web page or pop-up dialogue. It appears that WEMO only supports WPA, WPA2, and WEP security types.

A “Restore” button on top of the device allows for the initial built in direct access Wifi settings to be restored to allow a new Wifi connection to be set up. Instructions for the procedure are here.

The Amazon Echo and Dot can relay audio books from Audible (an Amazon company) and (in the US only at present) can do text-to-speech output for compatible Kindle books. If “WhisperSync” is enabled across your Amazon devices then the last page read is saved whichever modality you use.

Developers and students can access an “Alexa Skills Kit” to add “Alexa Skills” and join in a competition to develop conversational AI extensions suitable for Alexa. 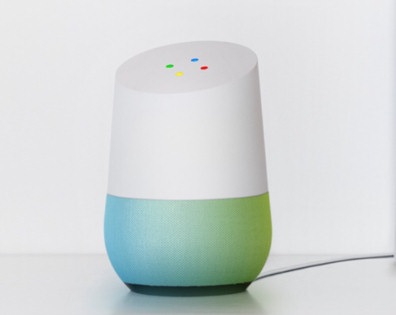