Sine.space by Sine Wave Entertainment is a multi-user virtual world based on Unity3D. I used the Unity3D Sine Space Base prepared as noted in the blog post and installed the International Space Station (ISS) VR Experience content including detailed 3D models of the ISS, Soyuz, etc. 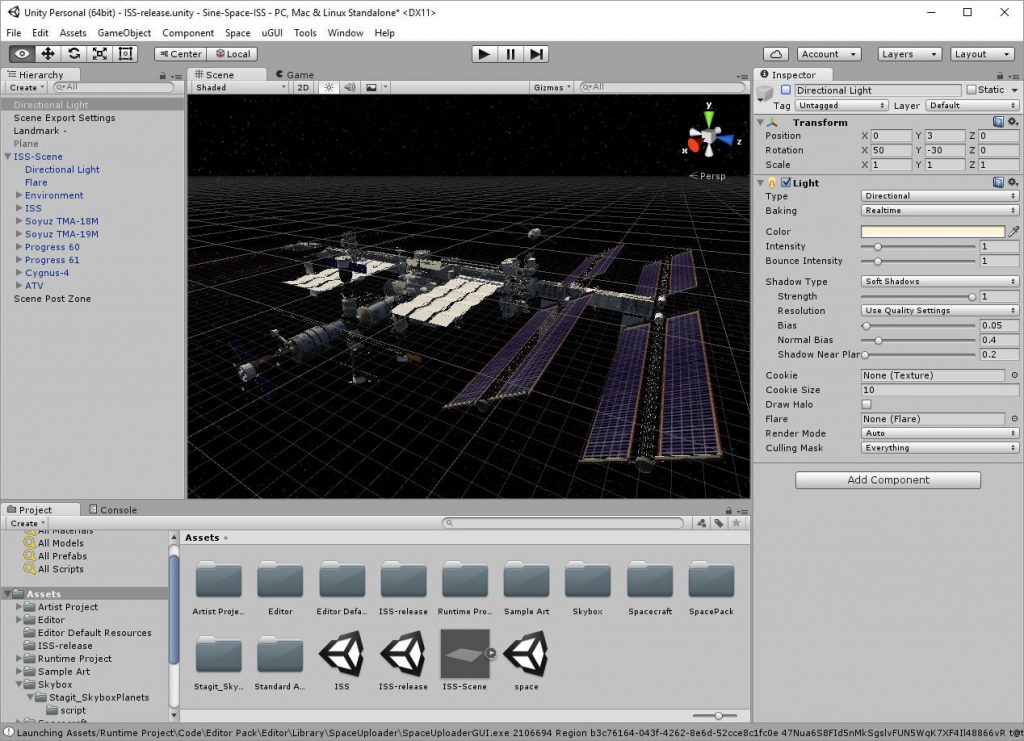 The upload size was 123.49 MB and the produced downloads for the various platforms were reported as: 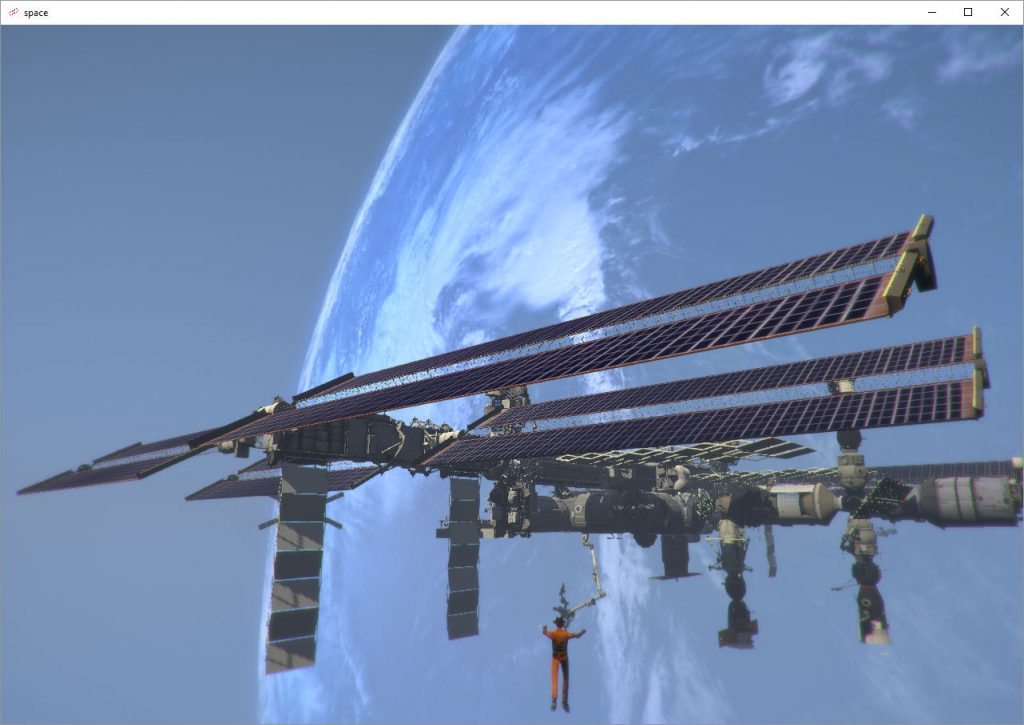 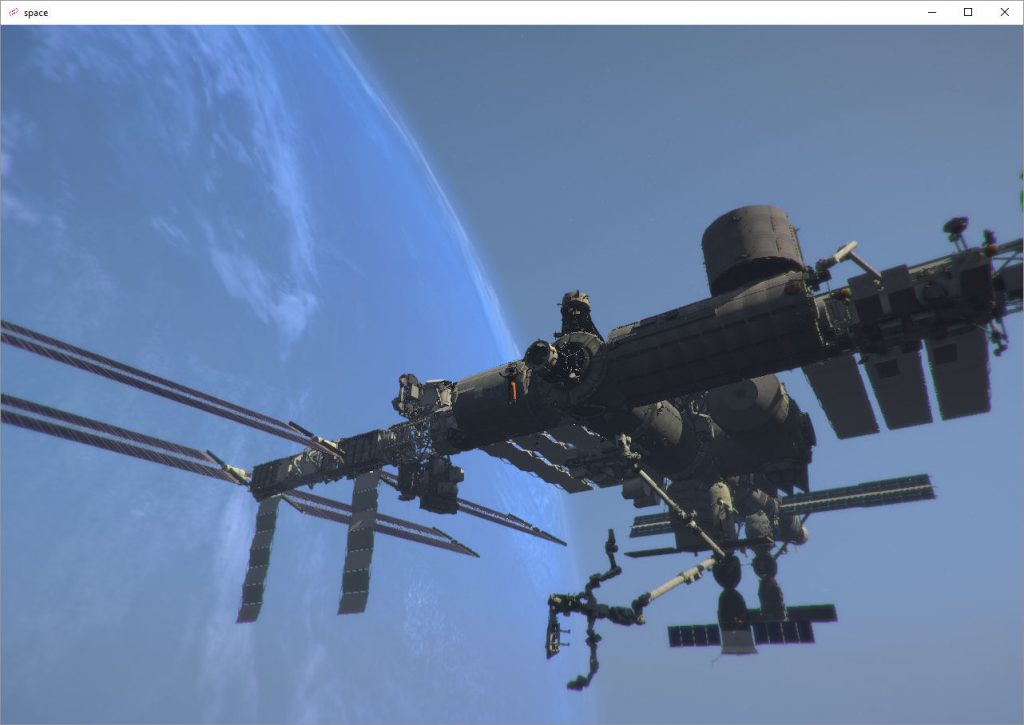 The initial blue haze style lighting was then adjusted. Atmospheric effects, general fog, etc., were turned off in the “Post Zone Settings”, but “Bloom Settings” was left on and set to a high value of 2.0 at the suggestion of another Sine Space developer. The ambient lighting set under Unity3D menu Window -> Lighting was left on “Gradient” but turned well down to 0.4 with the sky colour set to an Earth-like blue. This meant that most light comes from the directional light which is set in the direction of the sun, with dark crisp shadows lit a little by earthlight. The image below is after this change… 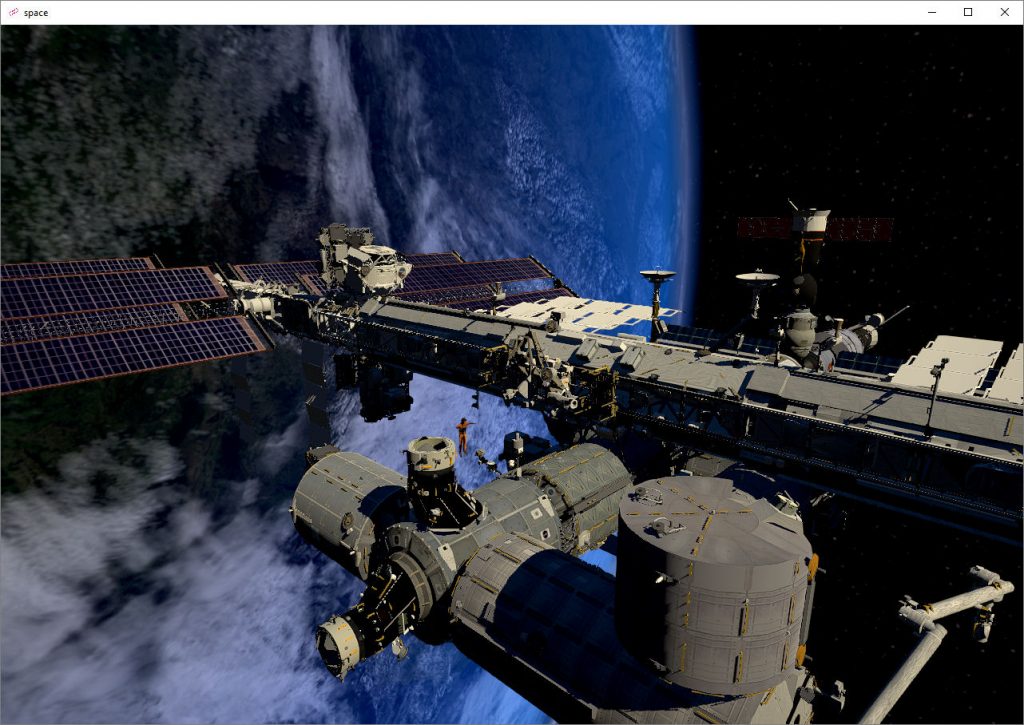 Update: 5-Jan-2017… the “Space Station” region and a free to use “NASA Astronaut EVA” outfit (under category Clothing -> Accessories -> Miscellaneous) is now available on the live Sine Space server via
http://sine.space/locations/space-station 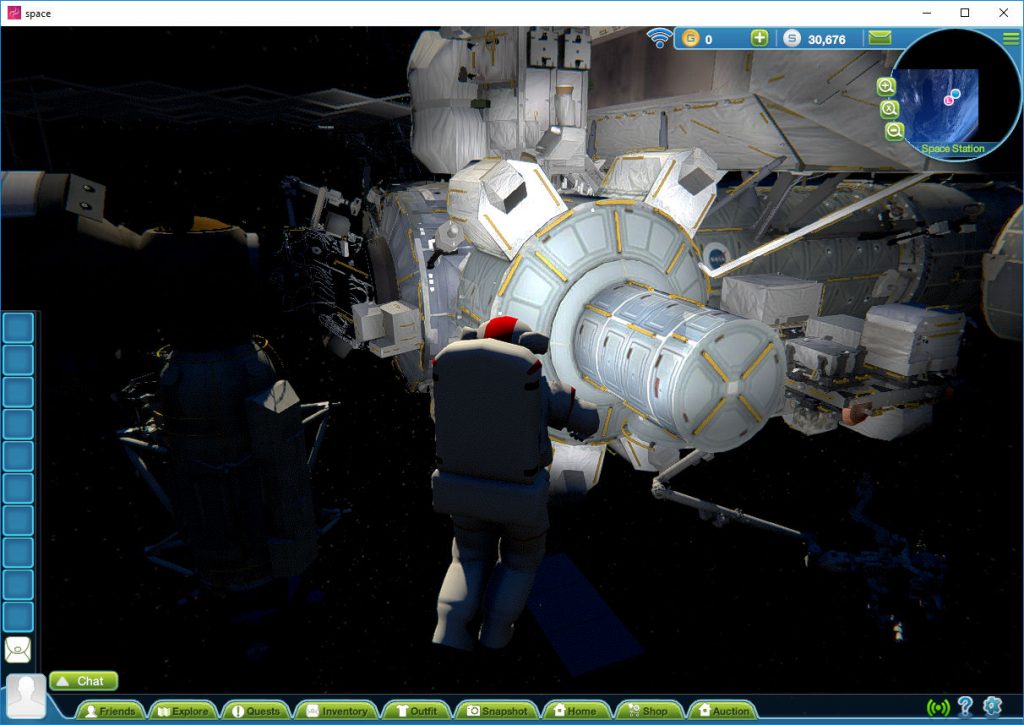 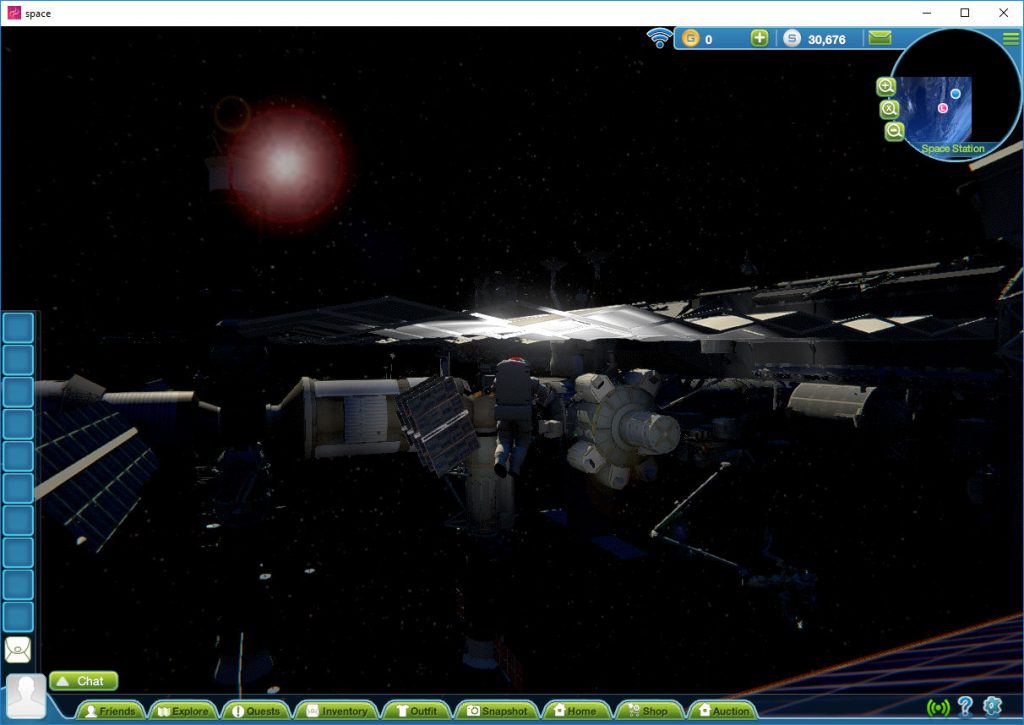 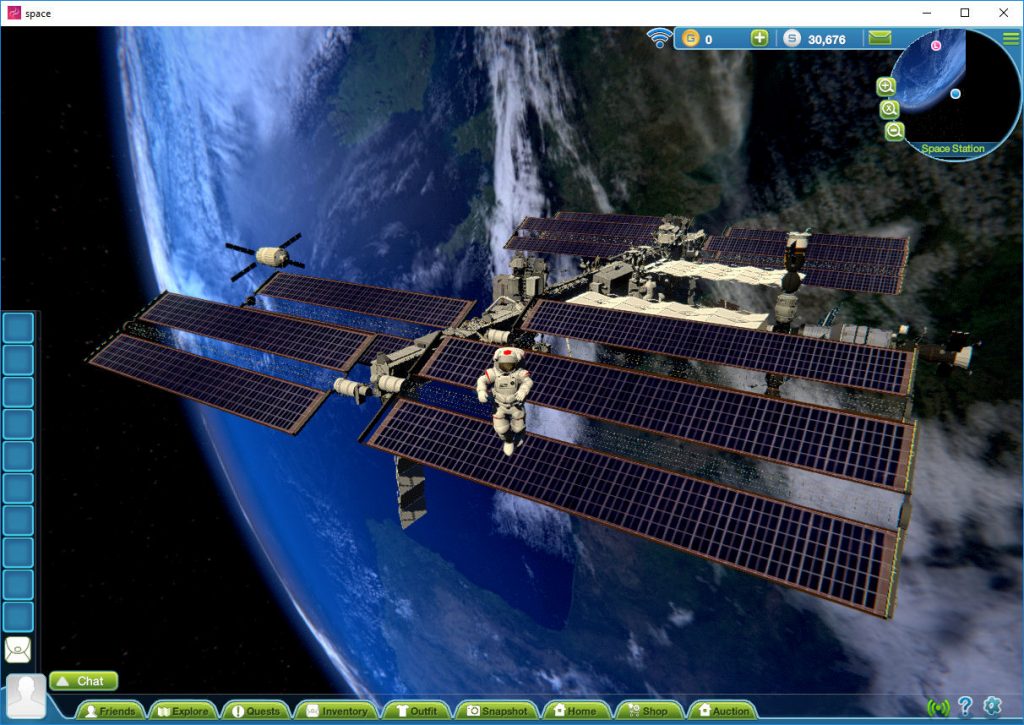 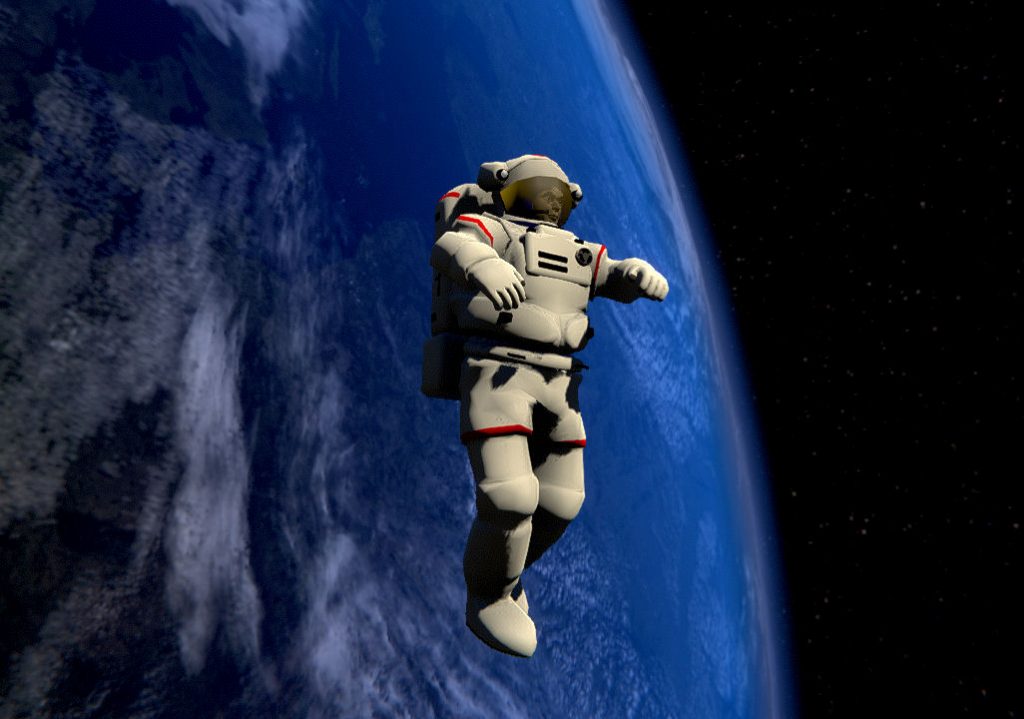 This entry was posted in Space, Virtual World and tagged ISS, Sine, Space. Bookmark the permalink.