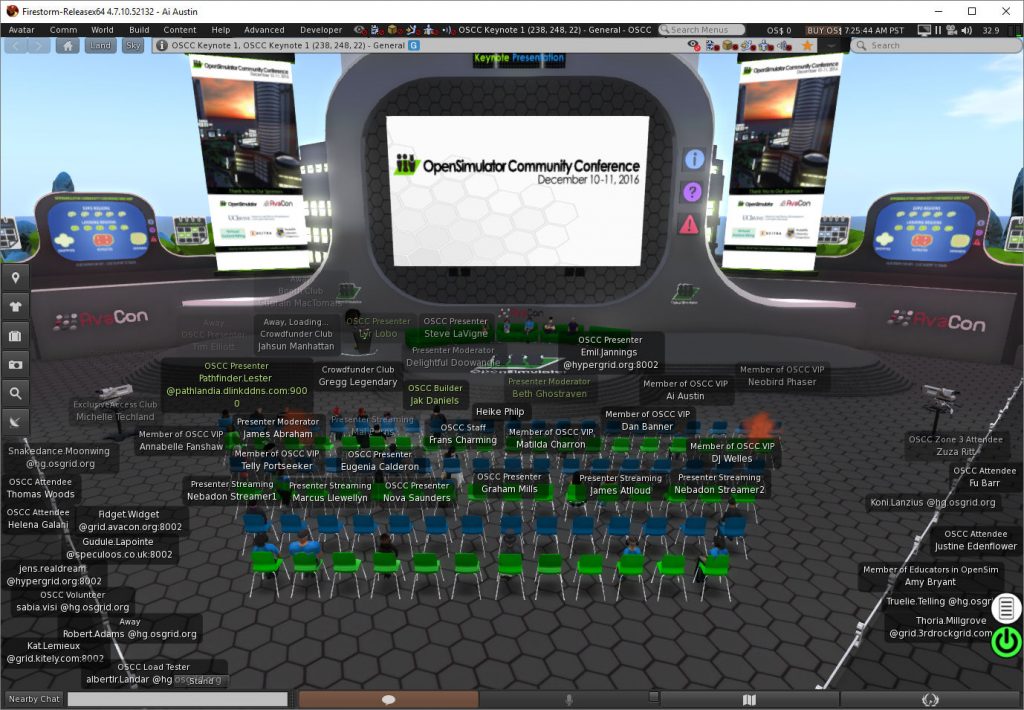 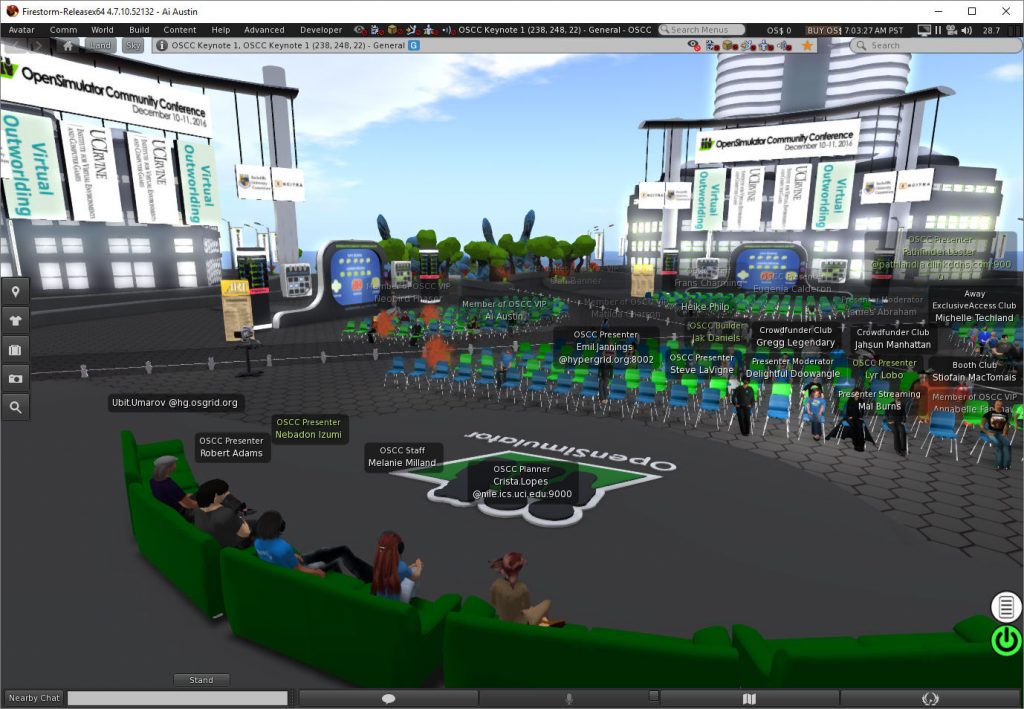 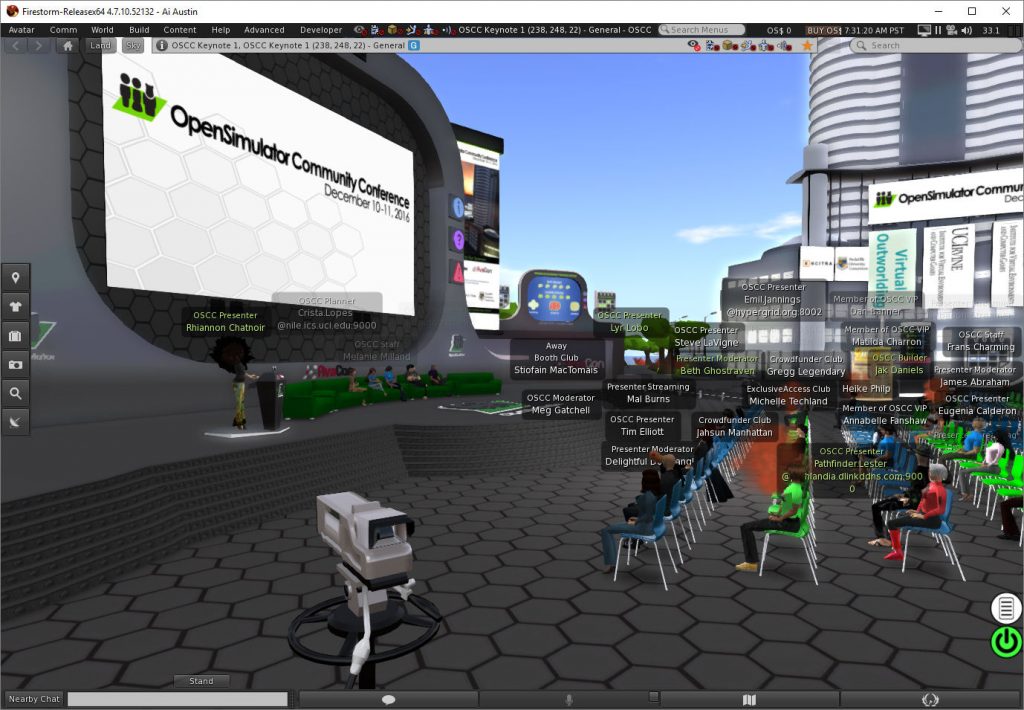 The 2016 event kicked off with a panel involving the core developers of OpenSim… with approx. 86 participants in the session, peaking at 95 avatars… 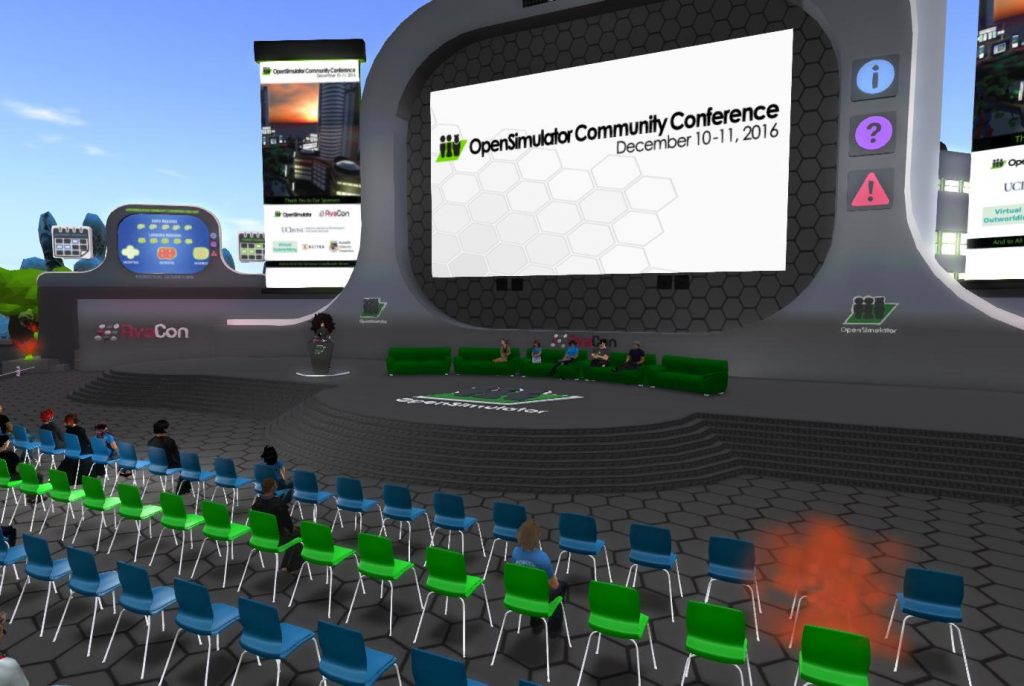 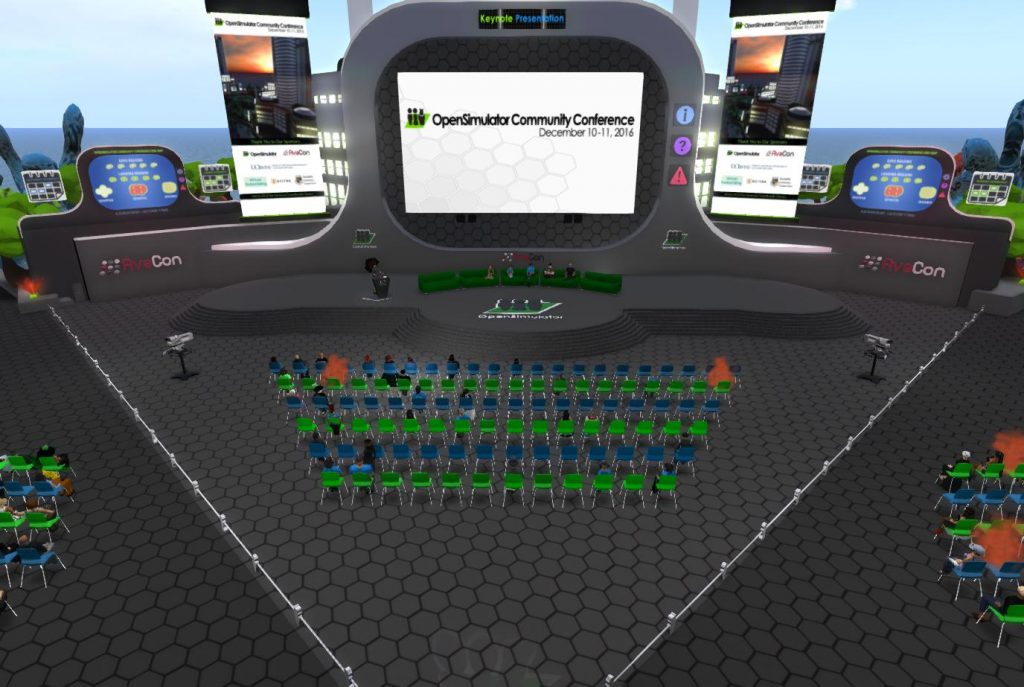 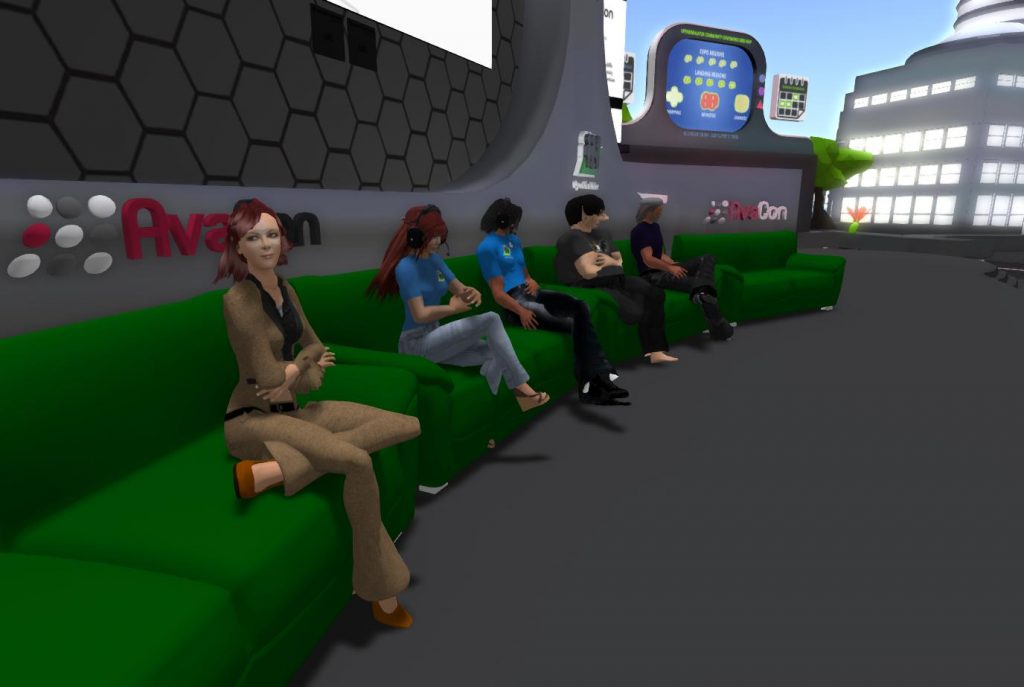 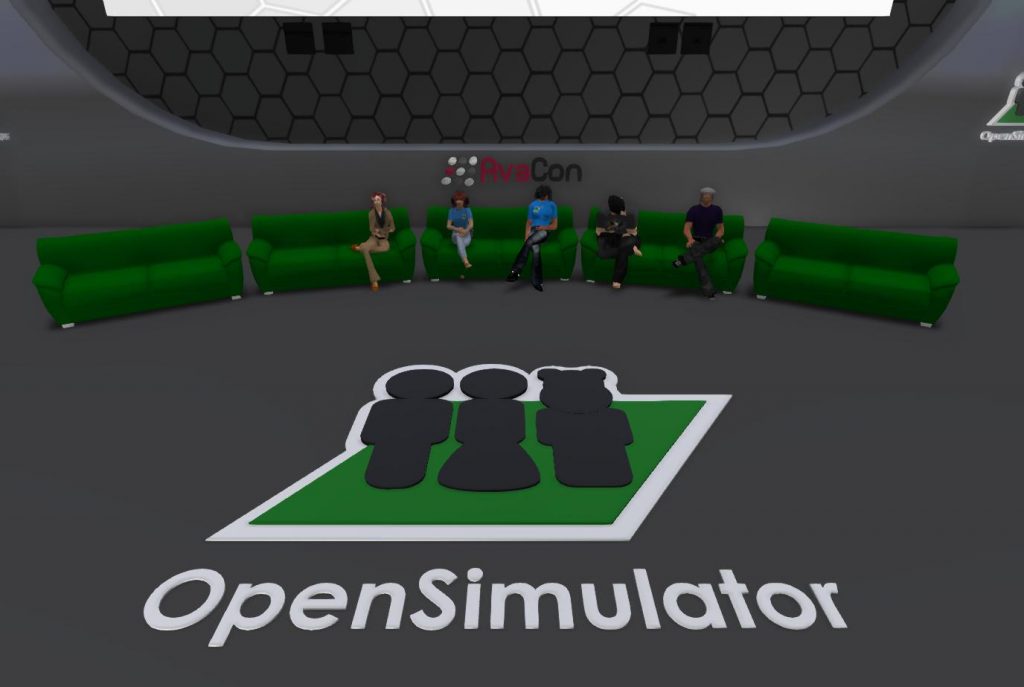 Nebadon Izumi produced a visualisation of the code commits into OpenSim for the last year, as he has done for previous years of activity. 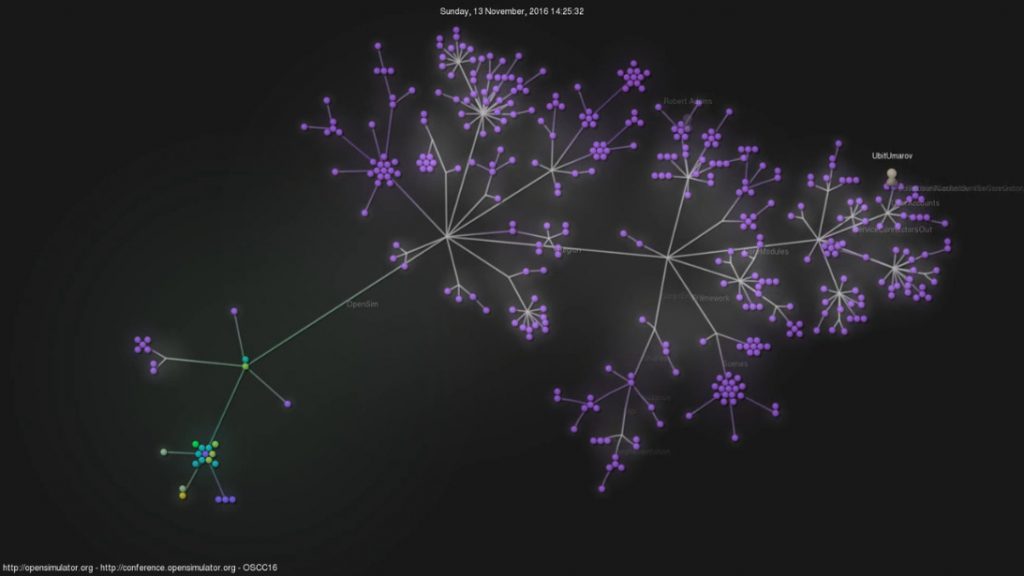 Overview of the OSCC Grid Regions 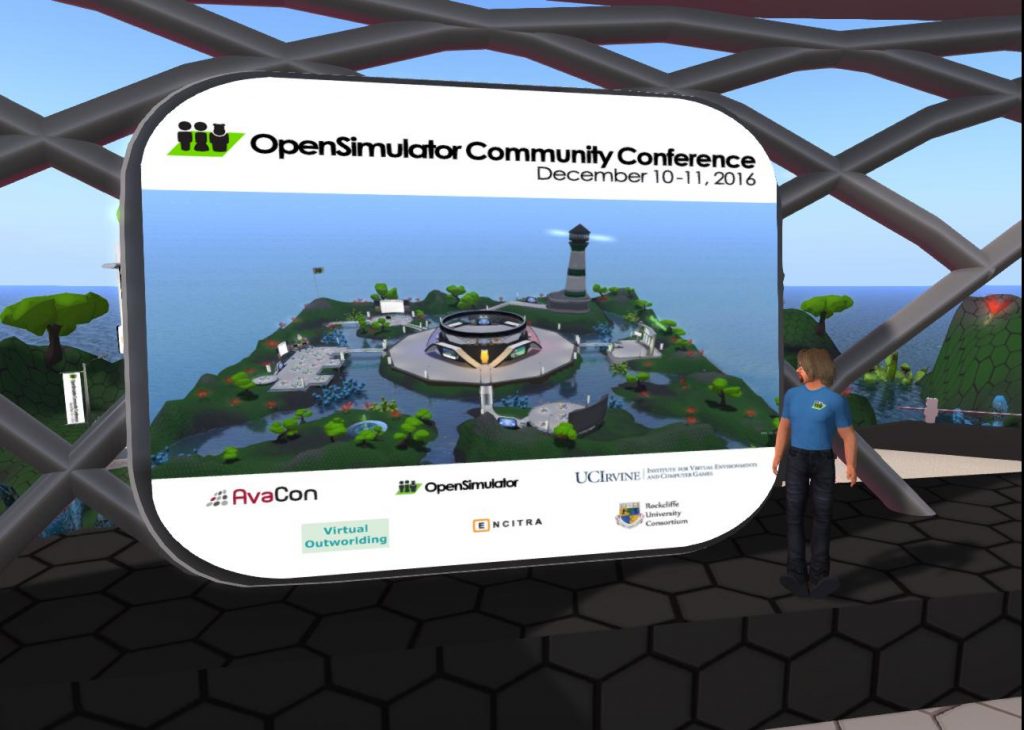 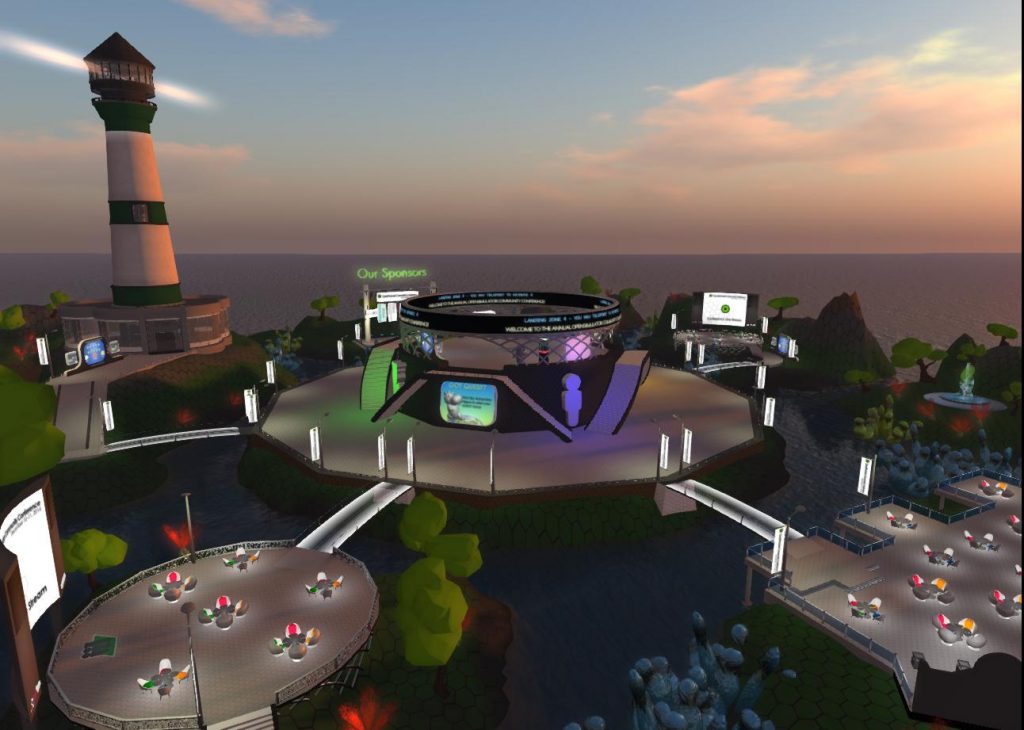 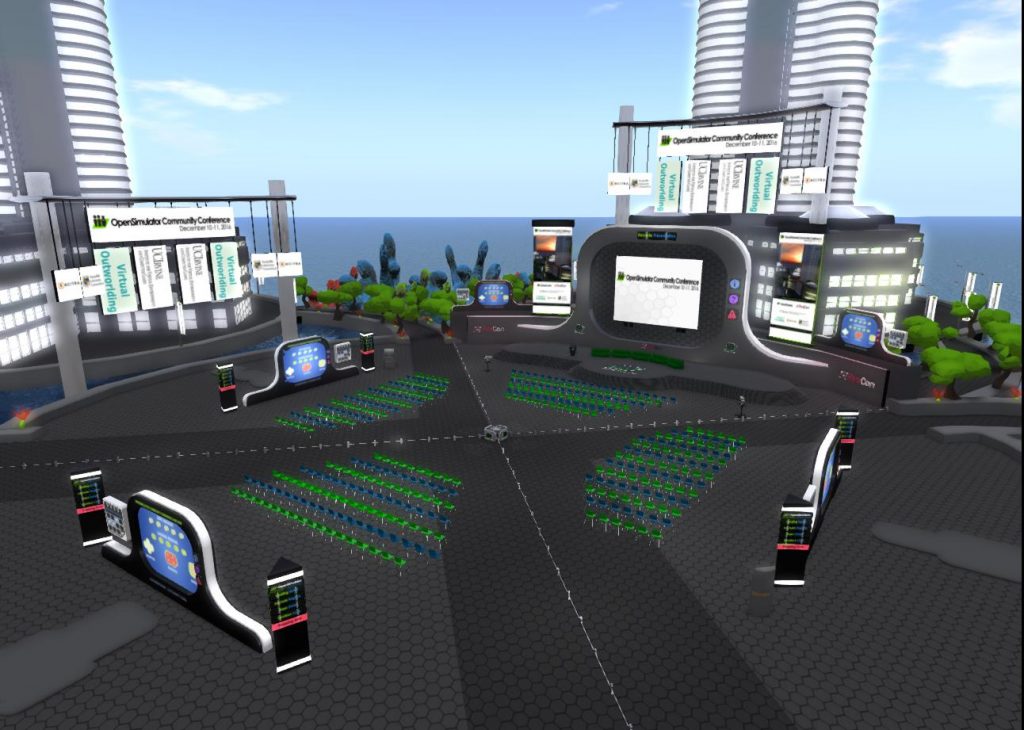 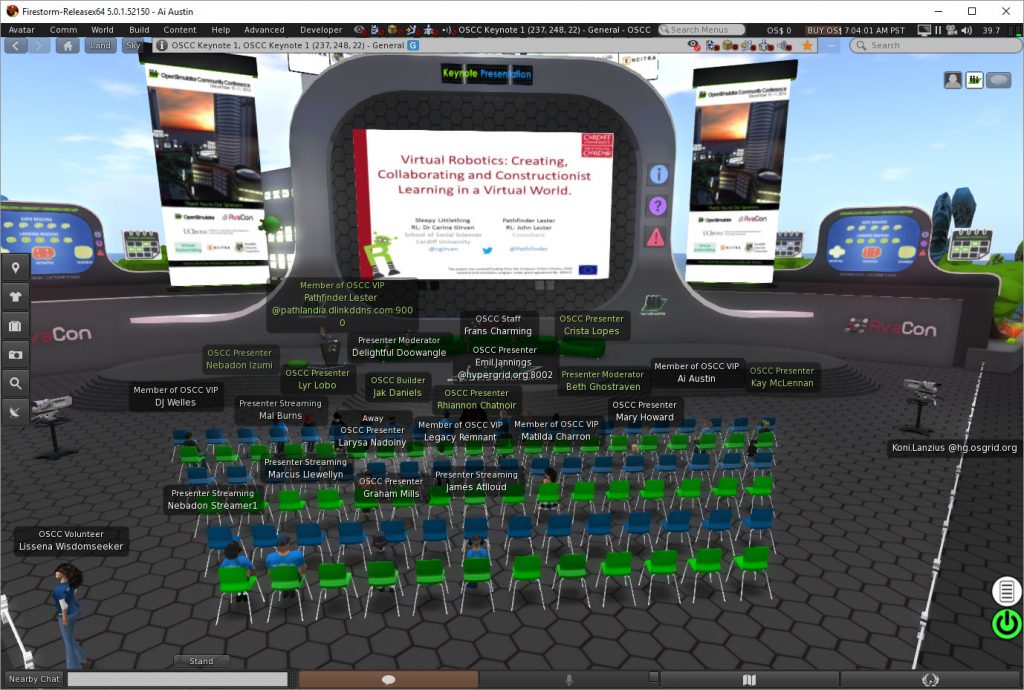 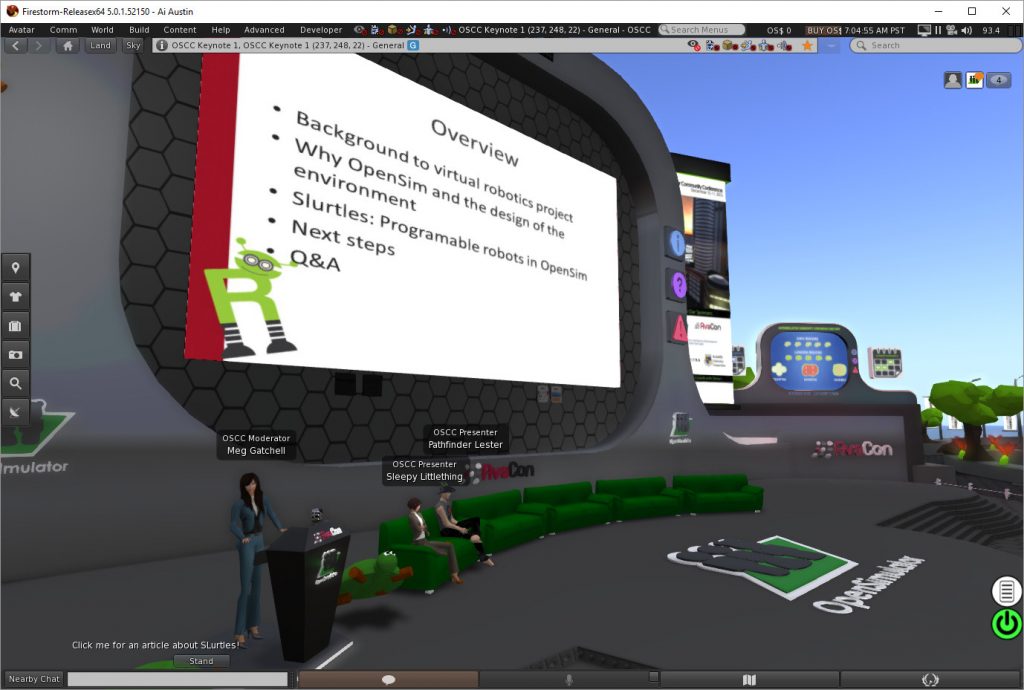 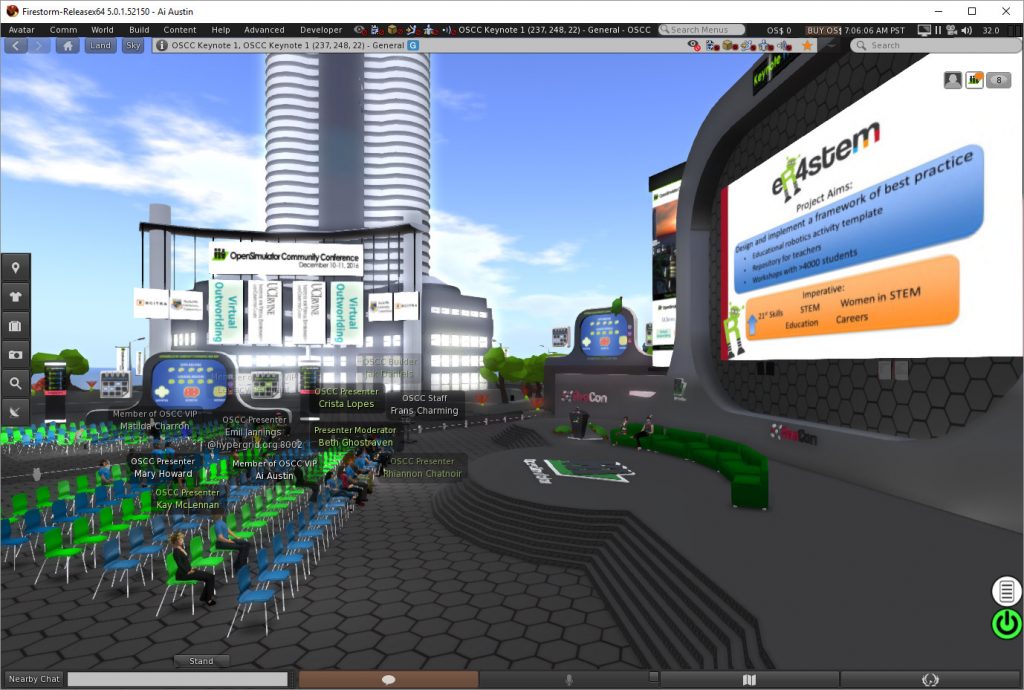 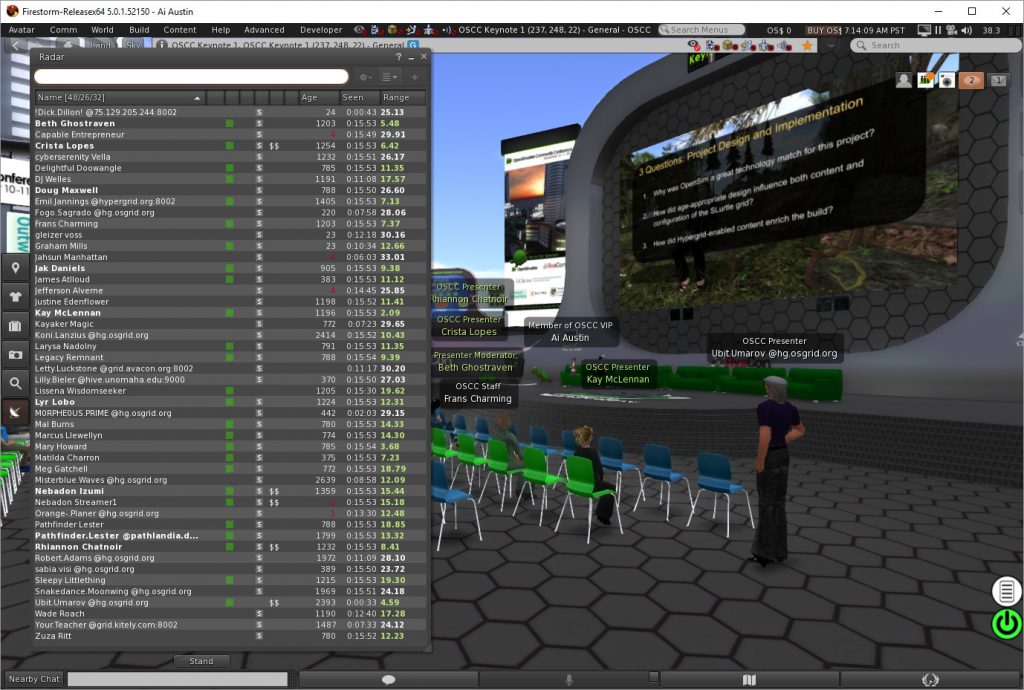 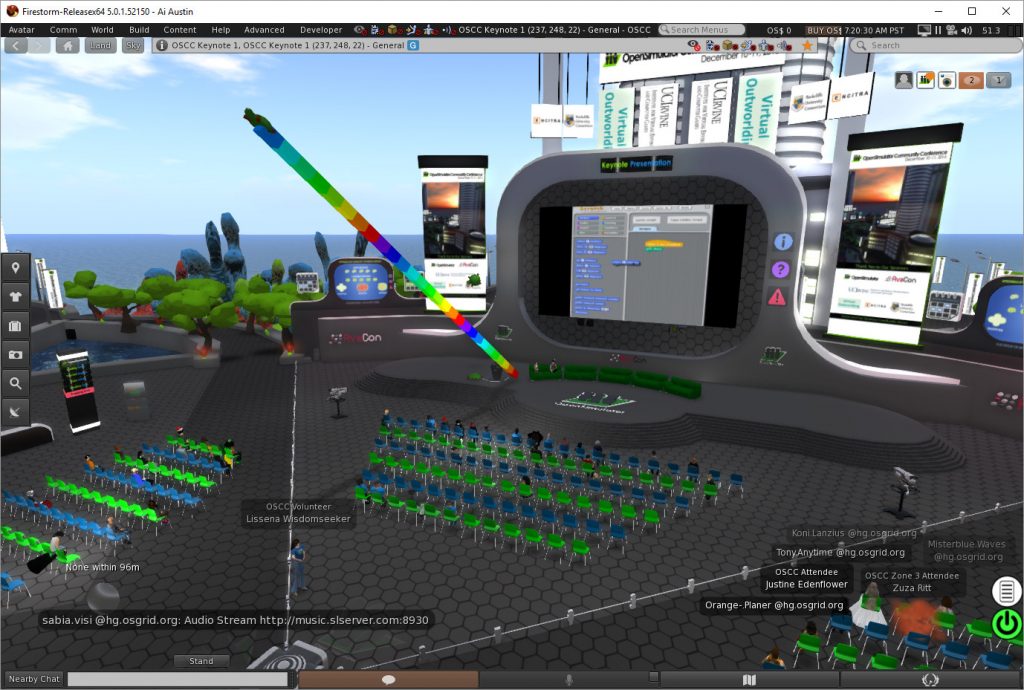 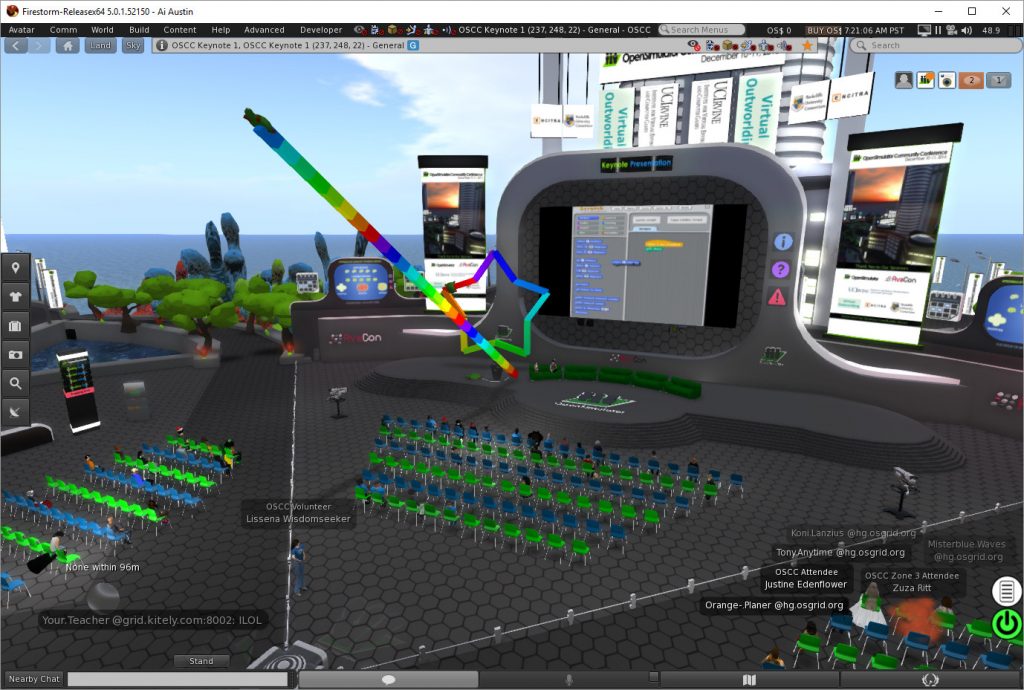 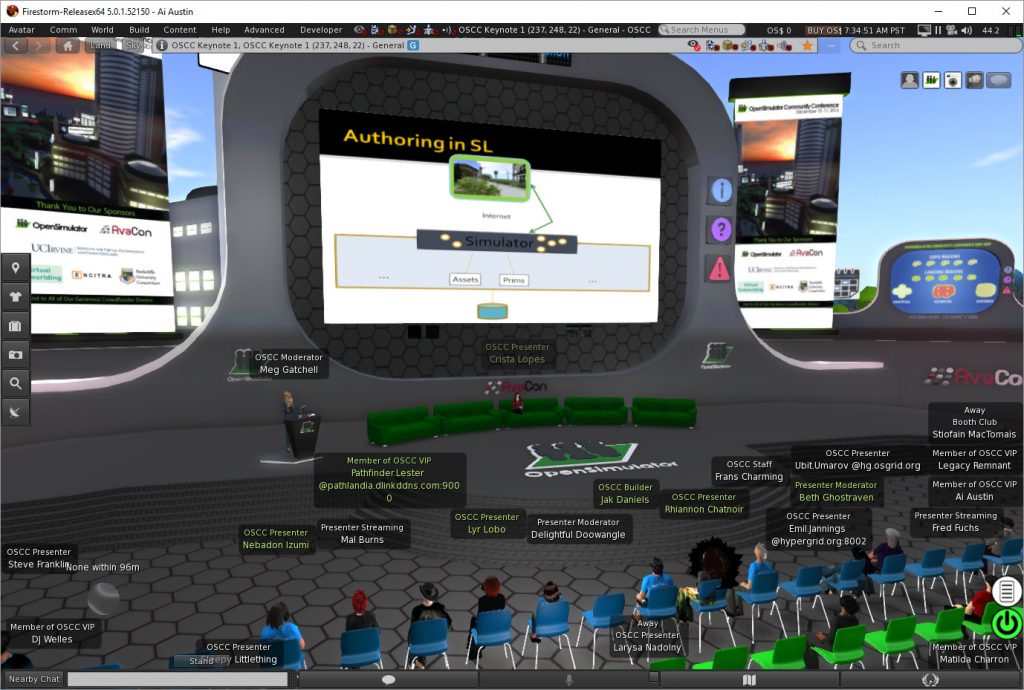 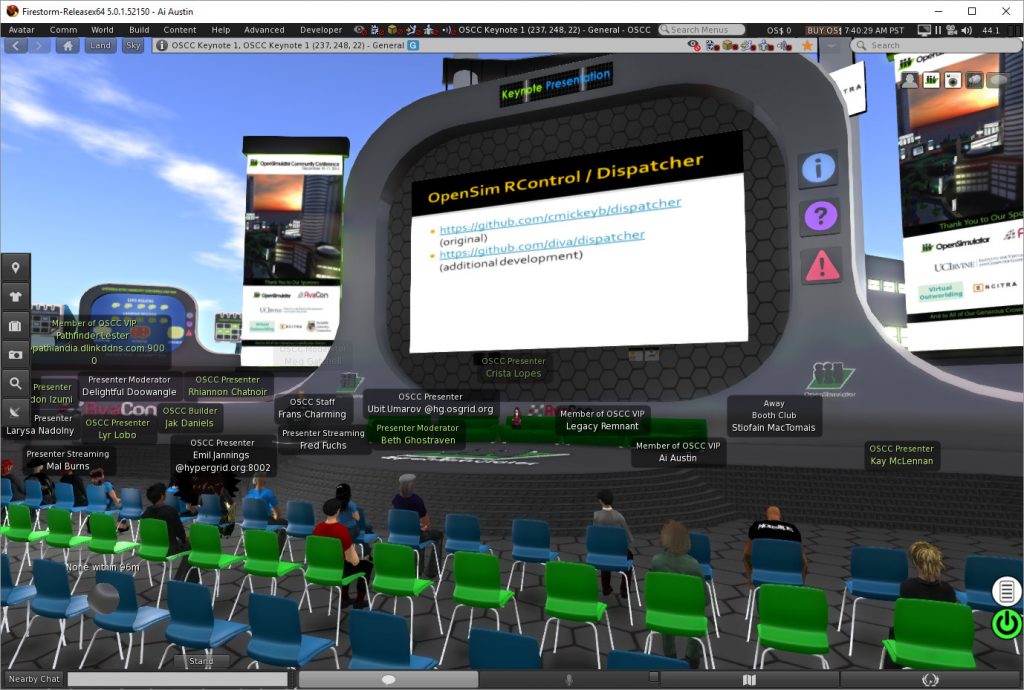 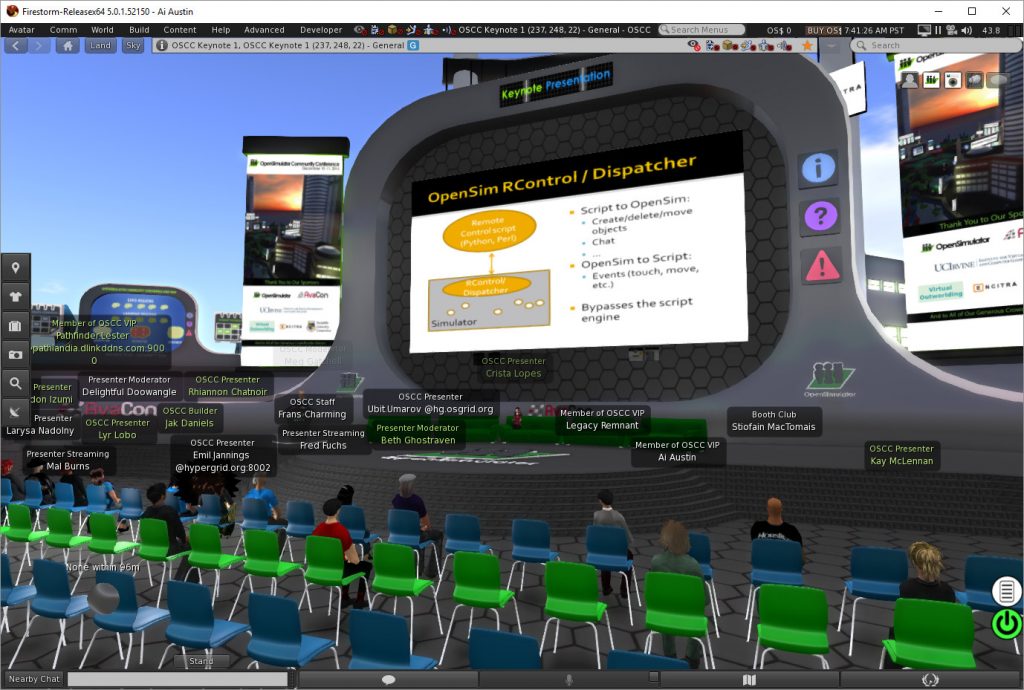 This entry was posted in OpenSim and tagged OpenSim, OSCC, OSCC16. Bookmark the permalink.