If you have a Unity project in versions up to 5.6.2 and on loading it into Unity 2017.1 or later some of the terrain textures turn reddish… 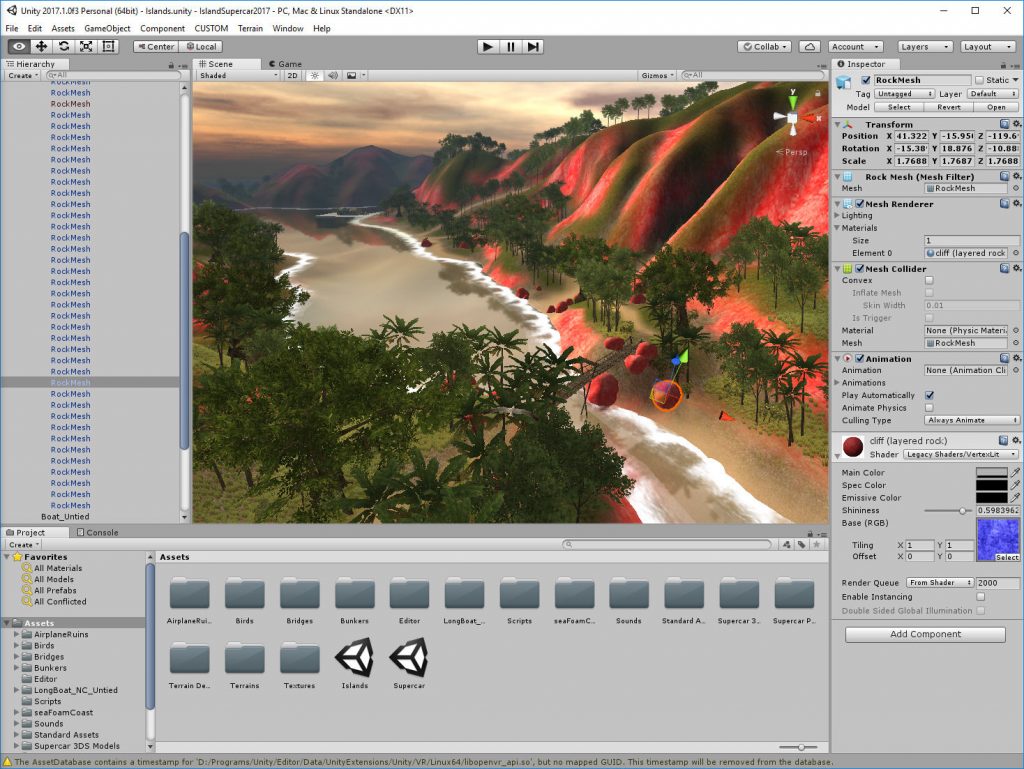 Search on Google, for example, to find a replacement for any broken terrain texture. One example location where Unity compatible terrain assets can be found is: http://github.com/leapmotion/unity

I imported the fixed image to the Unity project (actually a JPG version of it to save space) and then replaced the image in the materials that were reddish on mesh objects in the scene. For any terrain area that is reddish, click on the terrain and select the terrain “Paint Texture” paint brush icon… then select the faulty texture and replace its texture image. 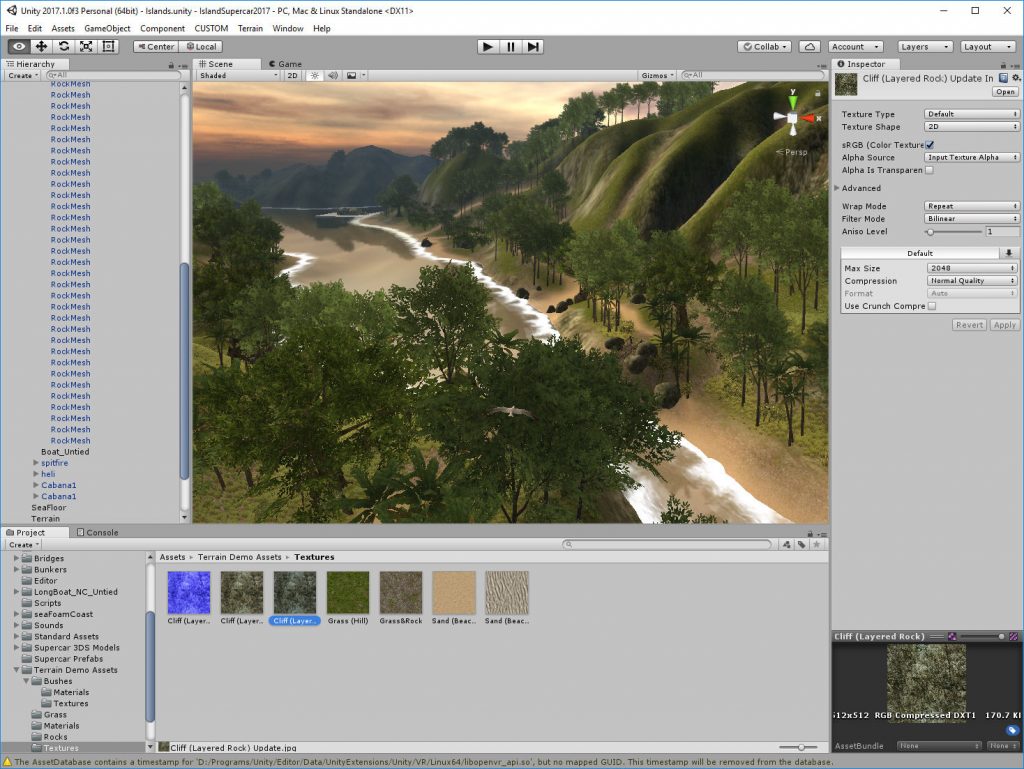 This entry was posted in 3D and tagged 2017, Red, Unity. Bookmark the permalink.