The RGU Oil Rig is now in a single region which is on a one hour day/night cycle (similar to that used on Second Life). Visit via http://sine.space/locations/oil-rig 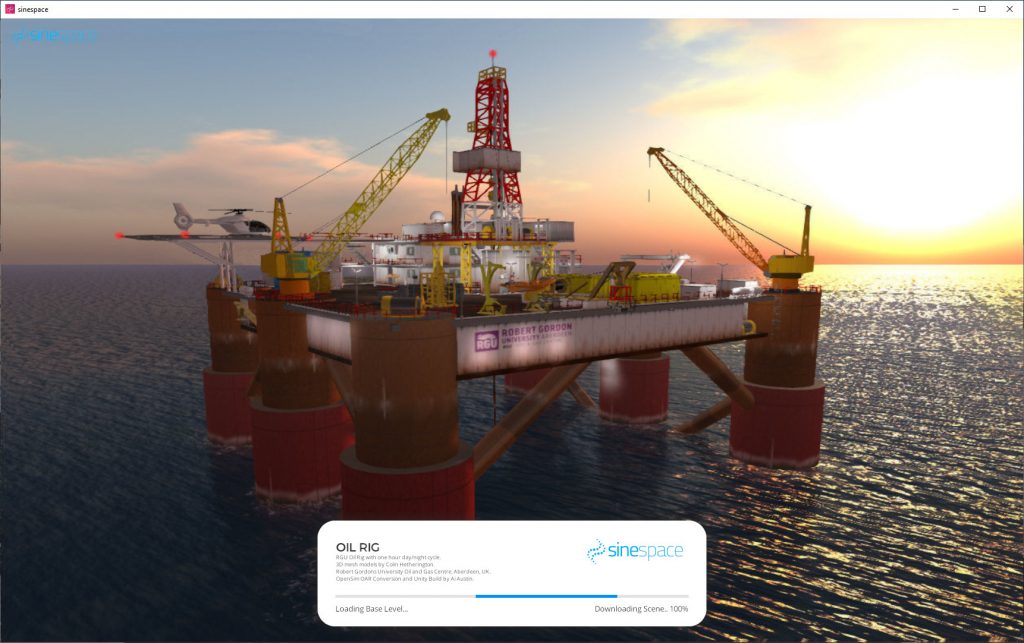 The RGU Oil Rig 3D model and virtual world environment in OpenSimulator create by the team involving Jo-Anne Tait and Colin Hetherington at Robert Gordon University (RGU) Oil & Gas centre in Aberdeen Scotland has been ported to Unity3D via the OpenSimulator OAR Converter Tool and provided in the Sinespace virtual world platform. Recently the region has been augmented by wave effects, sea wash around the oil rig legs, particle effects, sounds sources, lighting and the replacement of the active information “i” signs for training purposes. 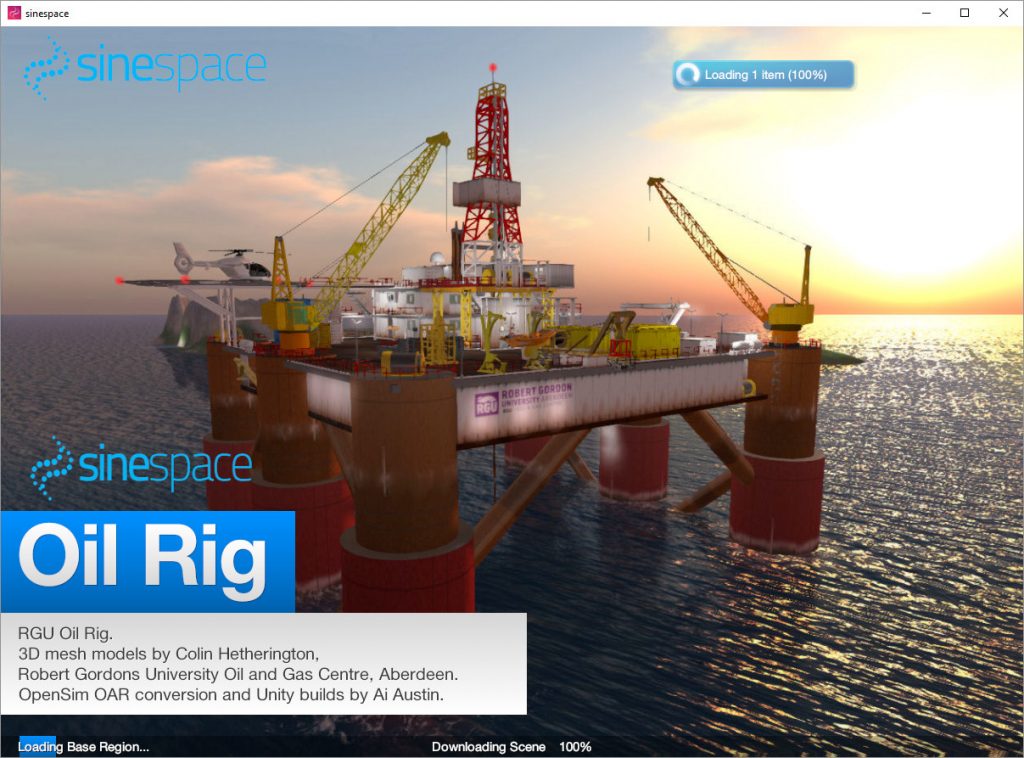 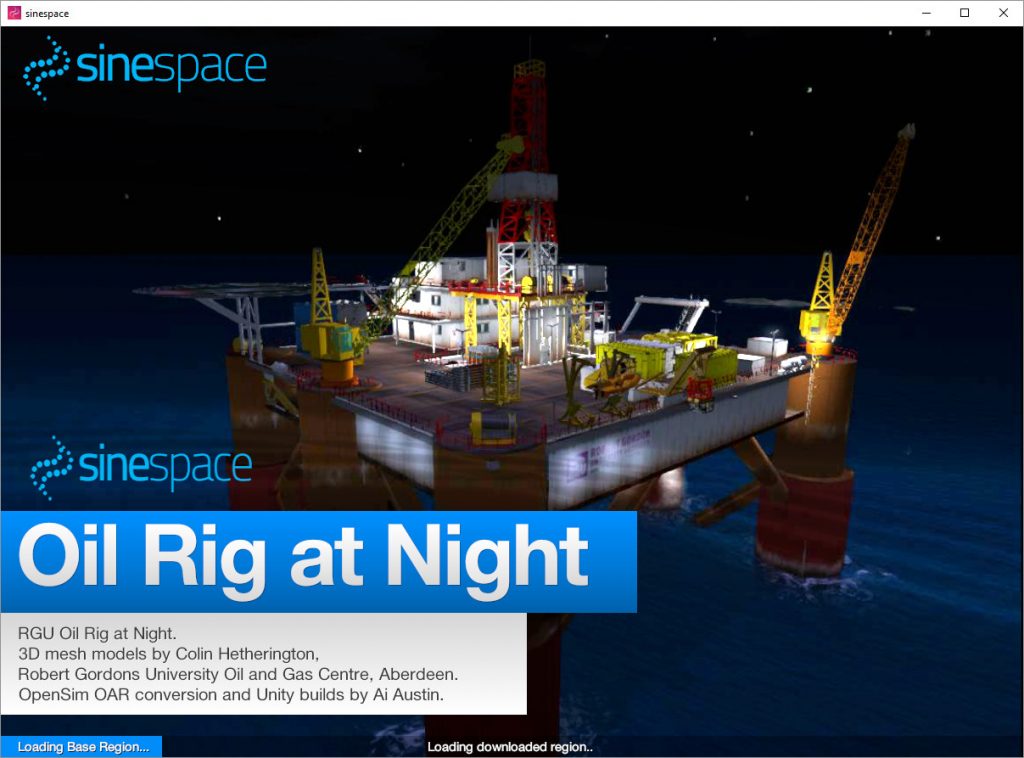 Now a night time version has been provided. Scripts to provide a realistic day or night skybox provided by Adam Frisby at Sine Wave and a changing day/night cycle have been used for experimentation. But the initial “Oil Rig at Night” is a dark late at night fixed time scene. 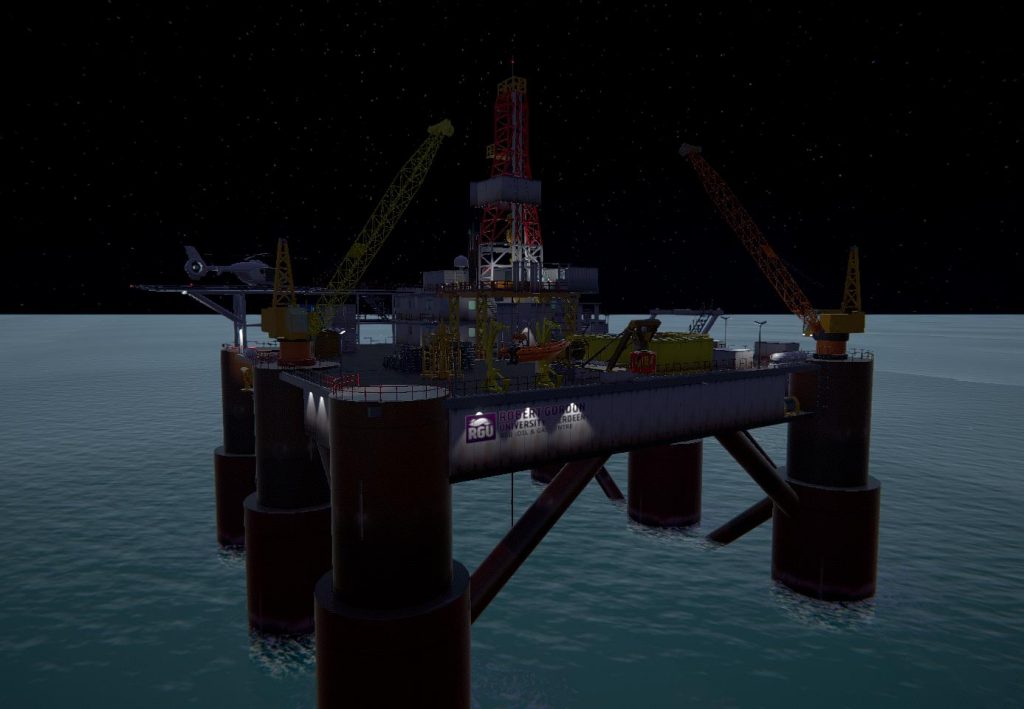 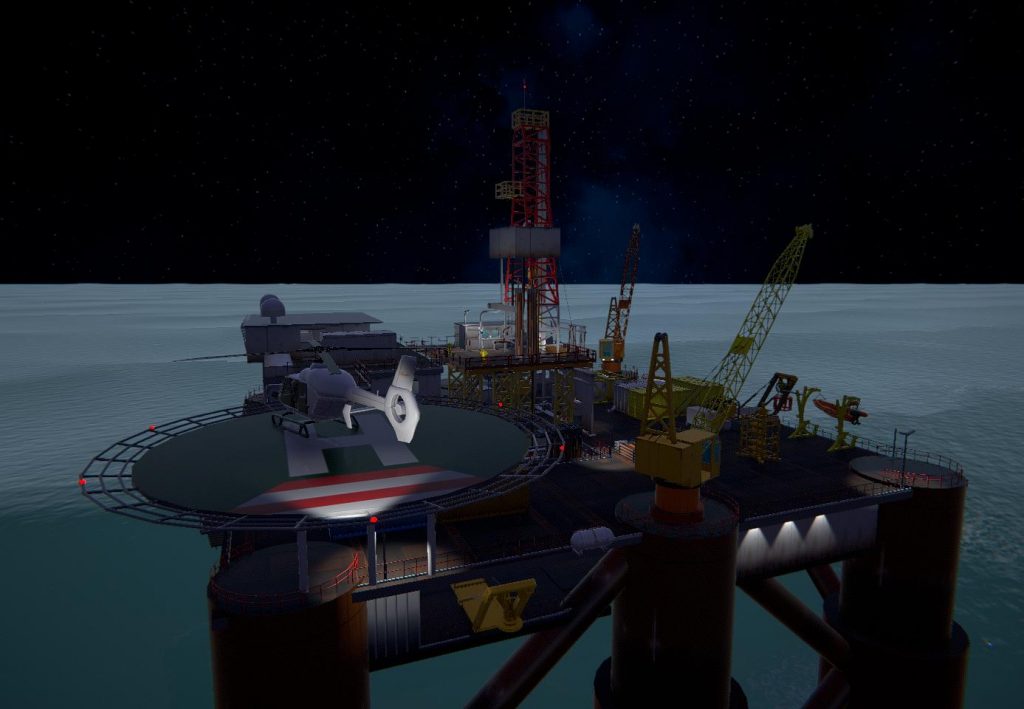 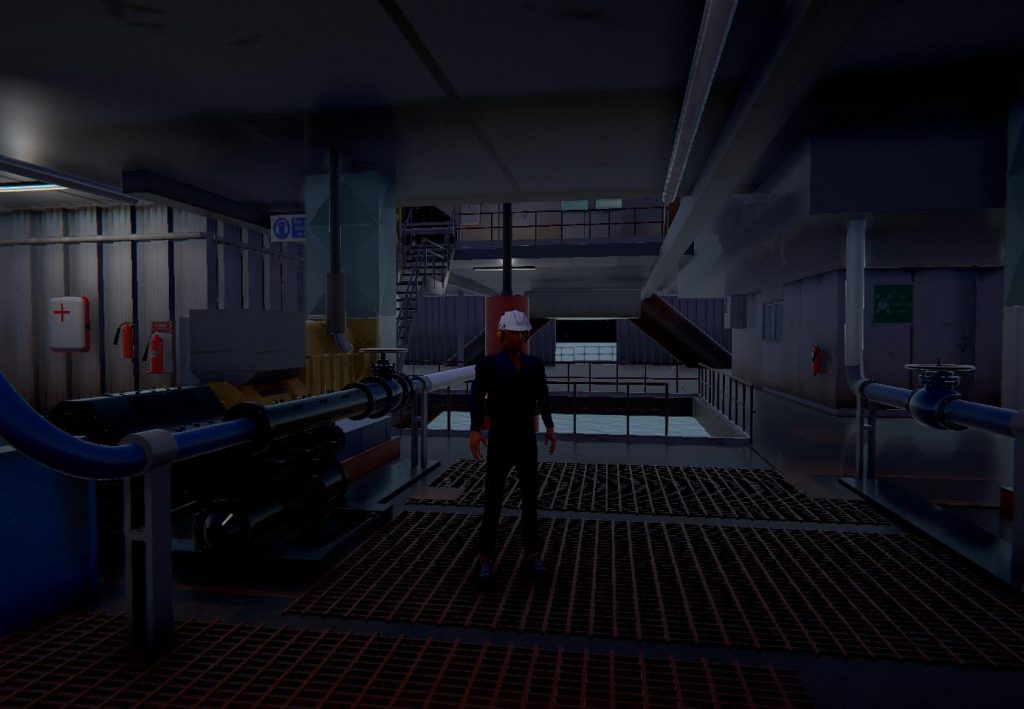 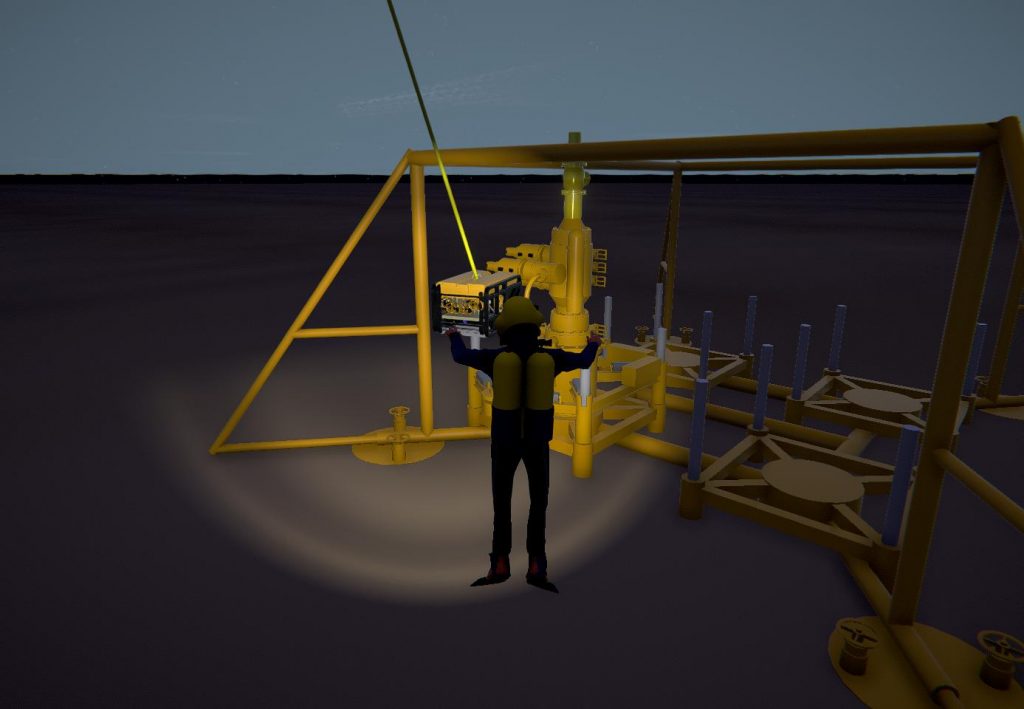 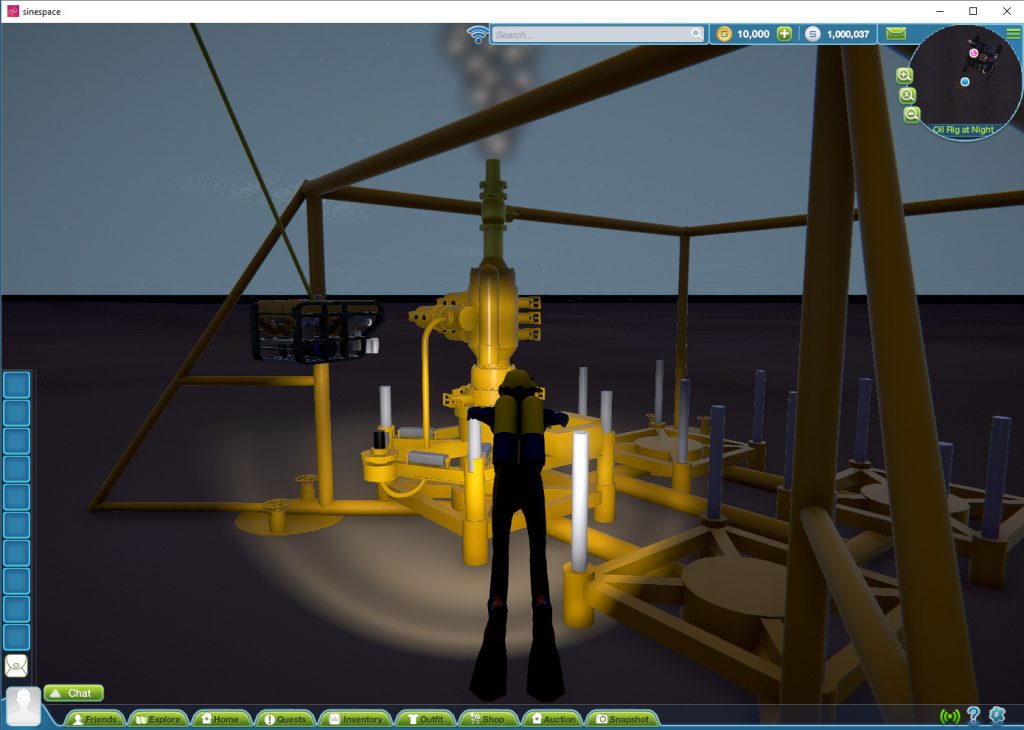