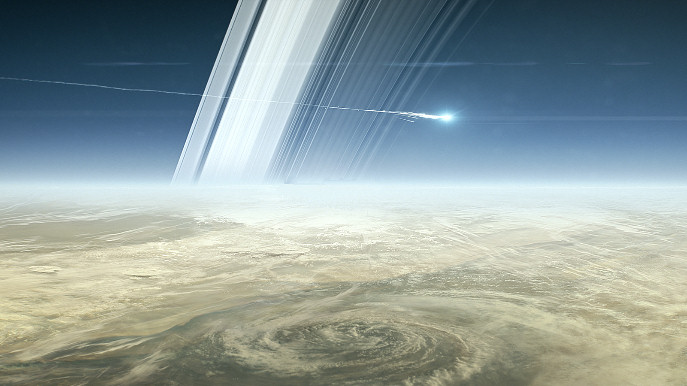 To celebrate the 15th September 2017 end of the Cassini Mission to Saturn, I have placed a 3D model of Cassini to realistic scale on the Space City area in the “Space City region in Sinespace grid. This uses one of the freely available 3D models from NASA. The area is being used for a farewell party for Cassini and to watch the live feed from JPL as Cassini soars into the atmosphere of Saturn. You can join in on a Windows or Apple Macintosh desktop viewer (preferred) or in WebGL in a suitable browser like Firefox or Chrome. 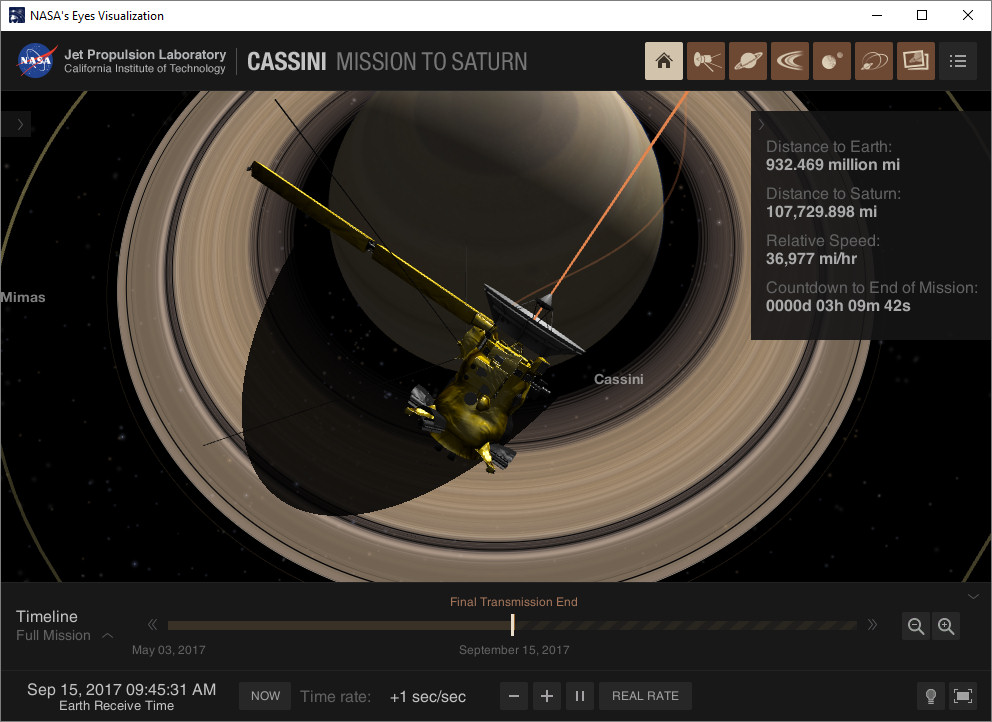 Sinespace users got together on the “Space City” region to watch the NASA JPL Live feed of the Brand Finale and chat about the mission and it’s many successes, to view the NASA 3D Cassini model, the 70m Deep Space Network Antenna and the nearby Voyager display. 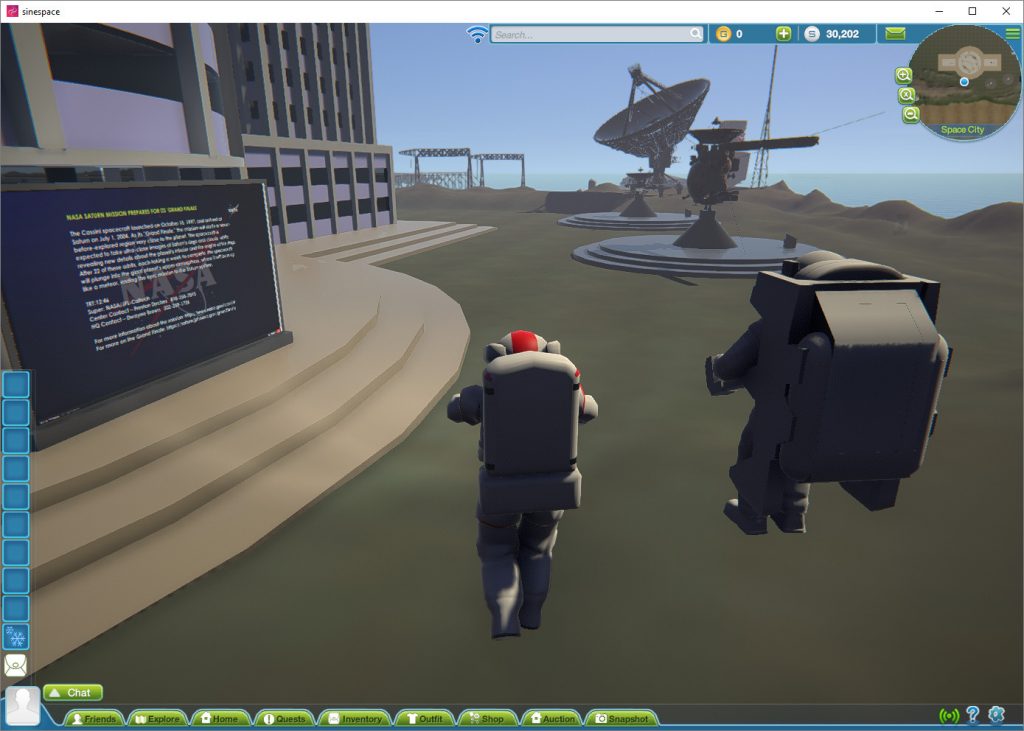 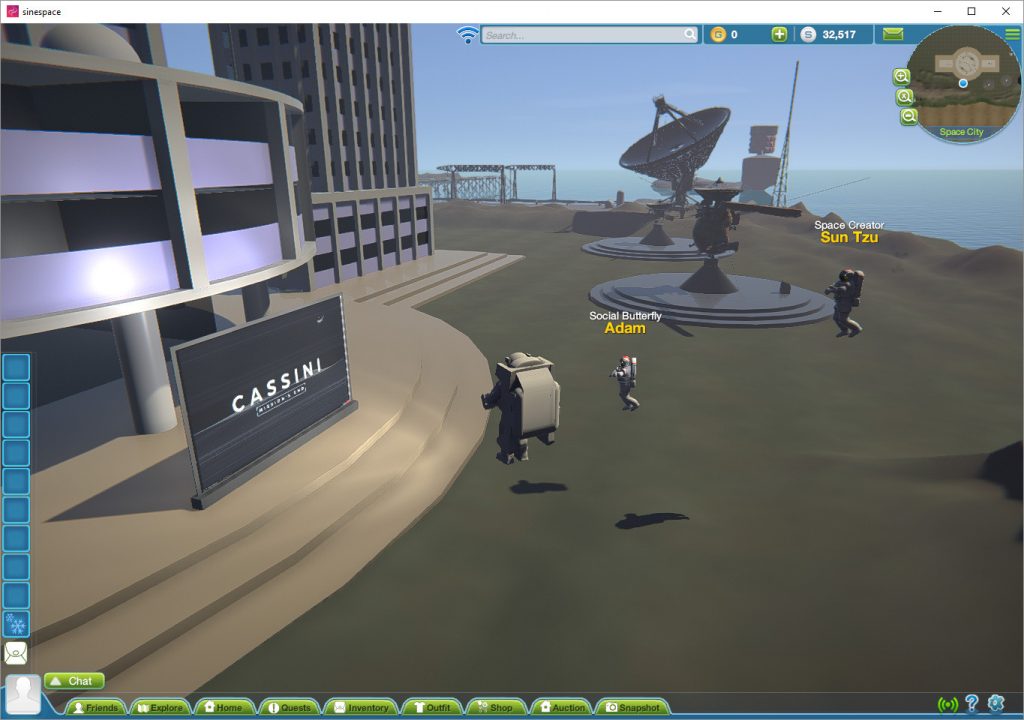 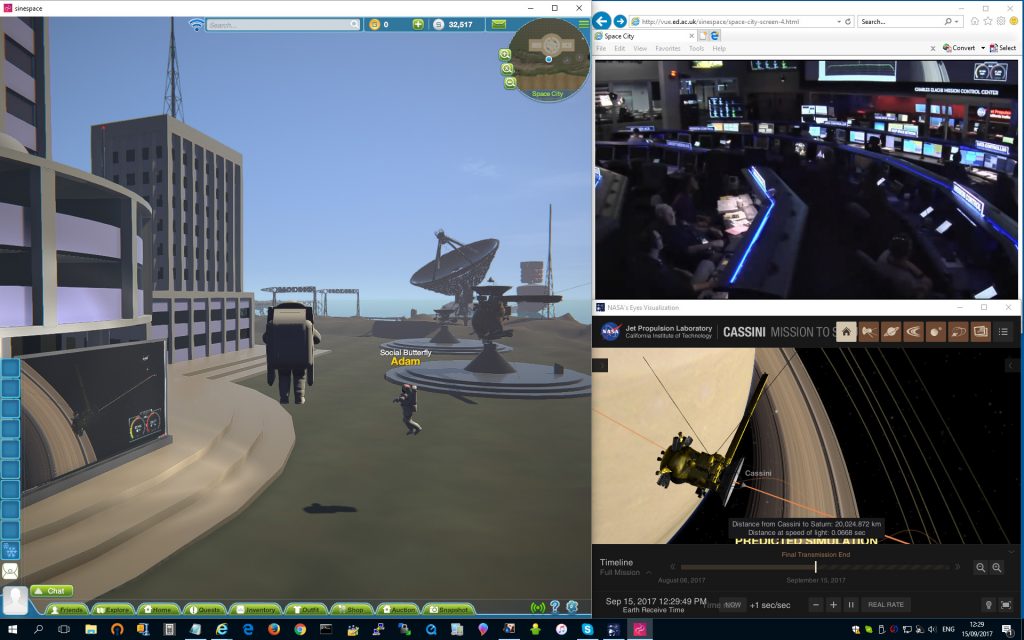 This entry was posted in Space and tagged Cassini, sinespace, Space. Bookmark the permalink.