Orcrist is an elf created sword found during the journey of Thoren Oakenshield, a dwarf, in Middle Earth… and features in the Hobbit movies. I handled the Orcrist prop used for the movie while on a visit to Weta Workshop in Wellington, New Zealand and saw one of the limited edition weapons-grade replicas at the Royal Armouries in Leeds, Yorkshire, UK. My virtual world avatar has Ocrist. And as of September 2018, I have my very own United Cutlery Orcrist sword replica. 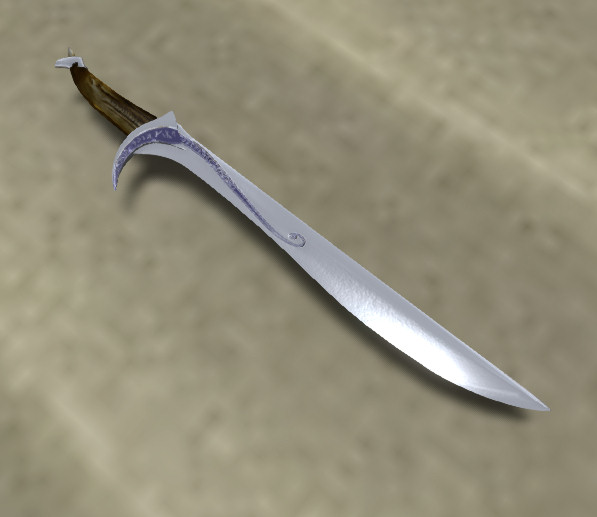 I made use of a Blender model by VoltaJack_ from Sketchfab which is licenced CC-BY.

Poly reduction and tidy up for OpenSim was done by Fred K. Beckhusen (Ferd Frederix) of Micro Technology Services, Inc. and I did the final texturing, adjustment of scale and wearable positioning and packaging.

The mesh reduction method as described by Fred is as follows.

Orcrist in Second Life and OpenSim

For a while my Second Life avatar has had an Orcrist sword purchased from the Second Life Marketplace. This is shown below alongside the new Orcrist in OpenSim. 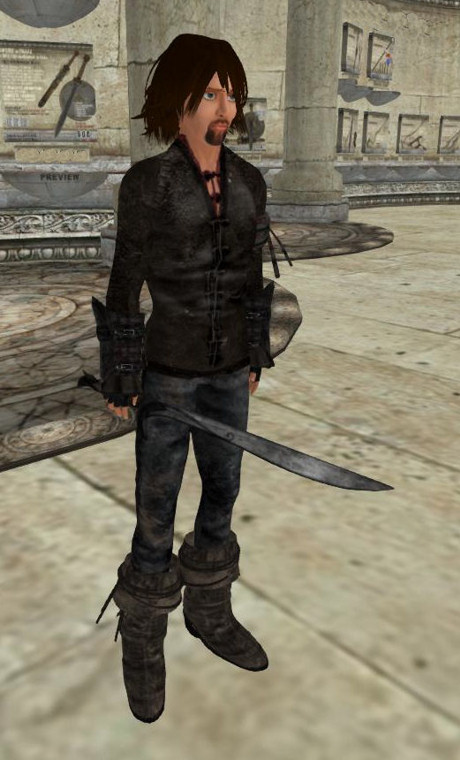 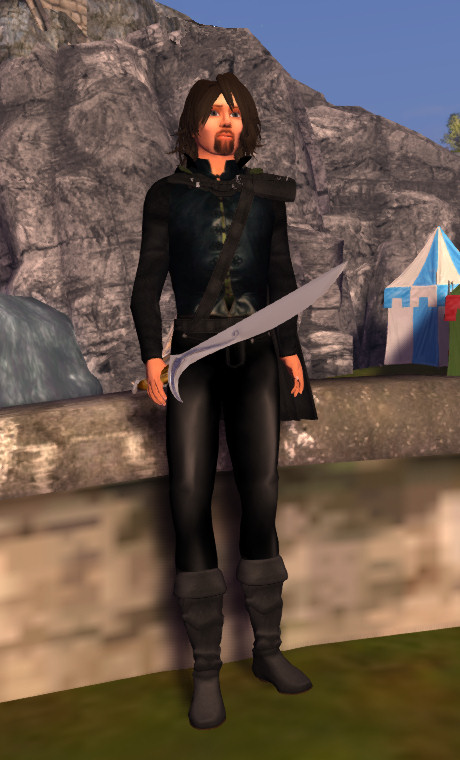 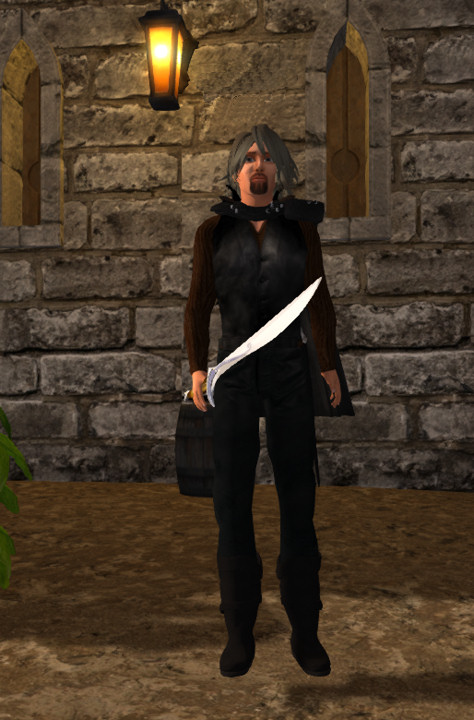 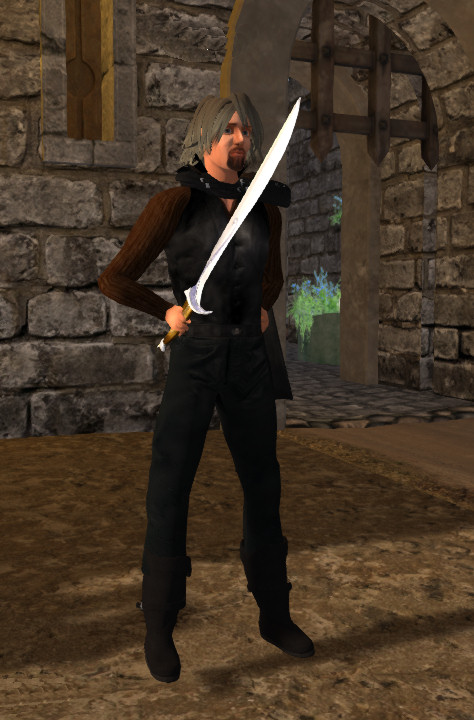 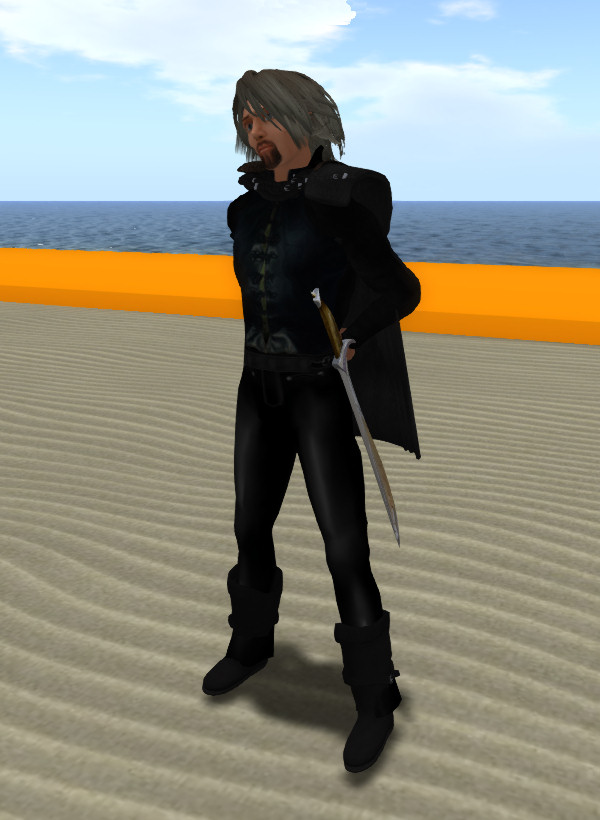 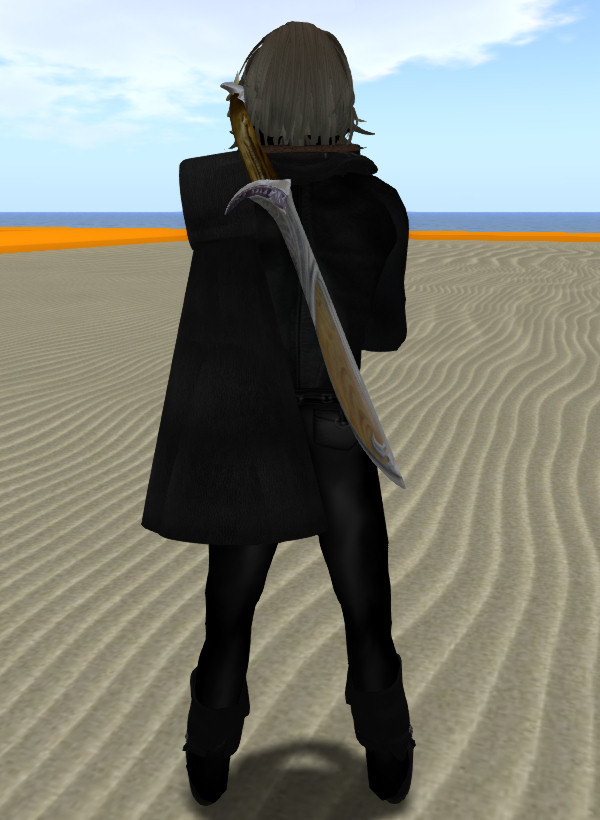 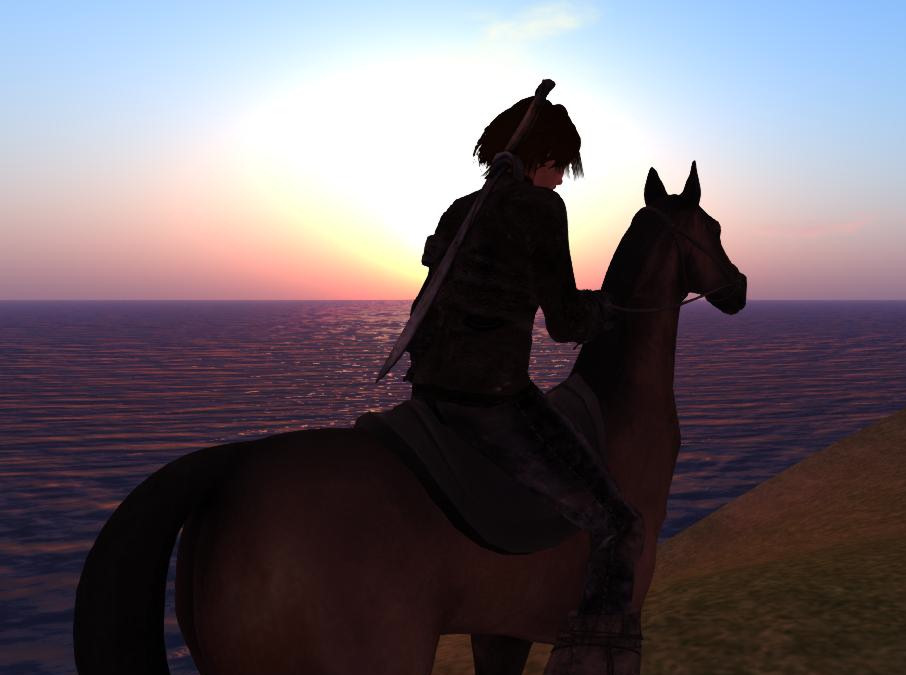 As of September 2018 I now have an Orcrist Sword Prop Replica made by United Cutlery. 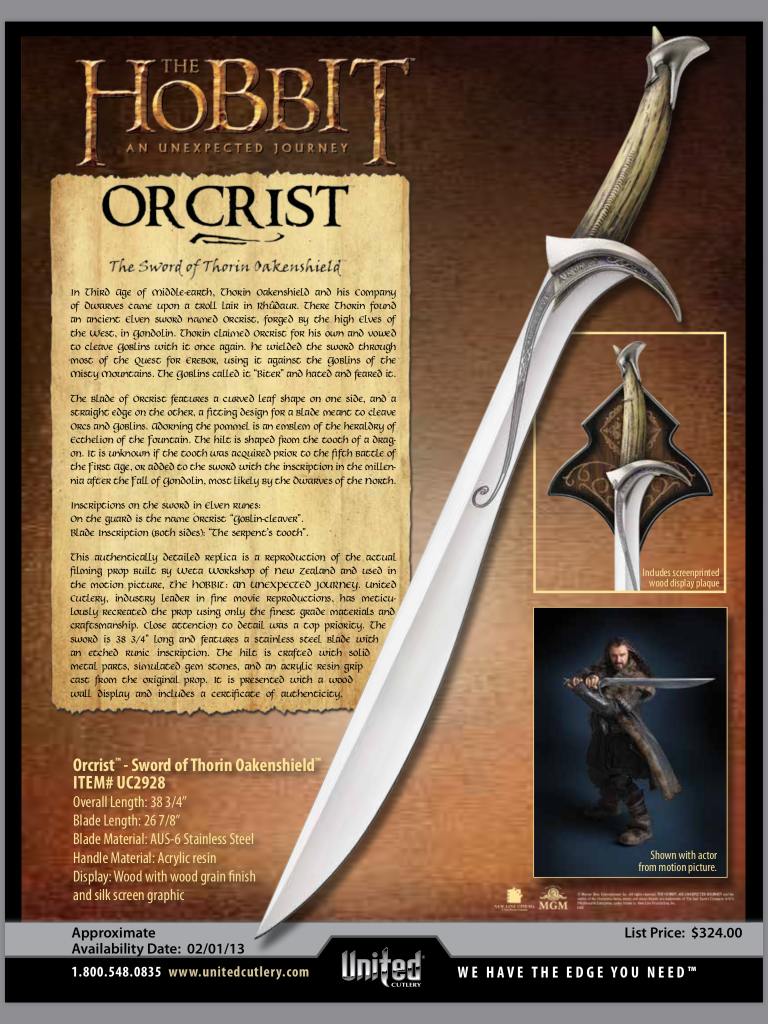