This blog post is a reminder that we can still view OpenSimulator and Second Life content in Virtual Reality (VR) headsets such as the Oculus Rift using the CtrlAltStudio viewer. Though this viewer is based on an older version of Firestorm and does not support some newer features incorporated in the platforms, it still performs pretty well on most content. Details of the viewer, its capabilities and usage are in an earlier blog post. 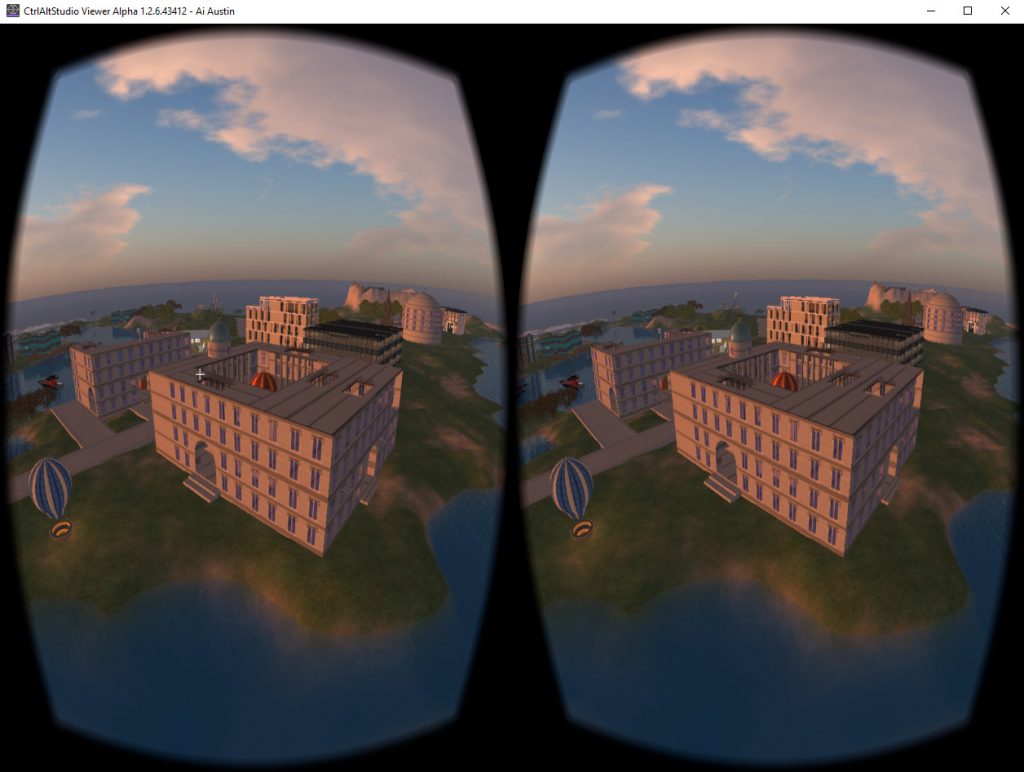 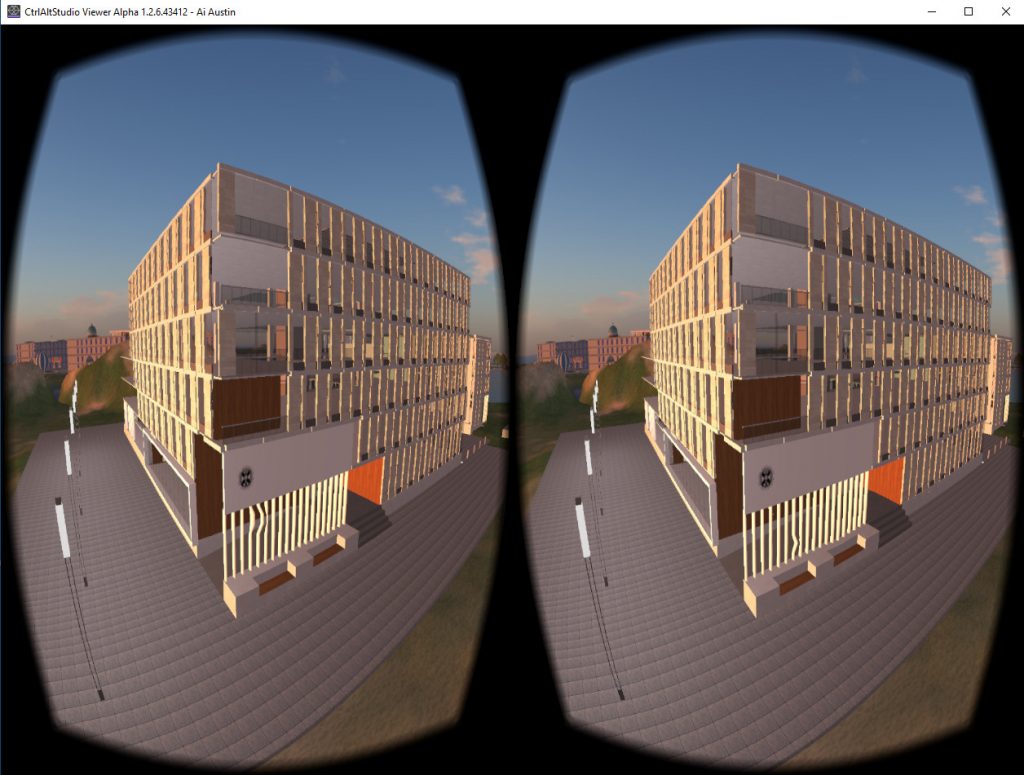 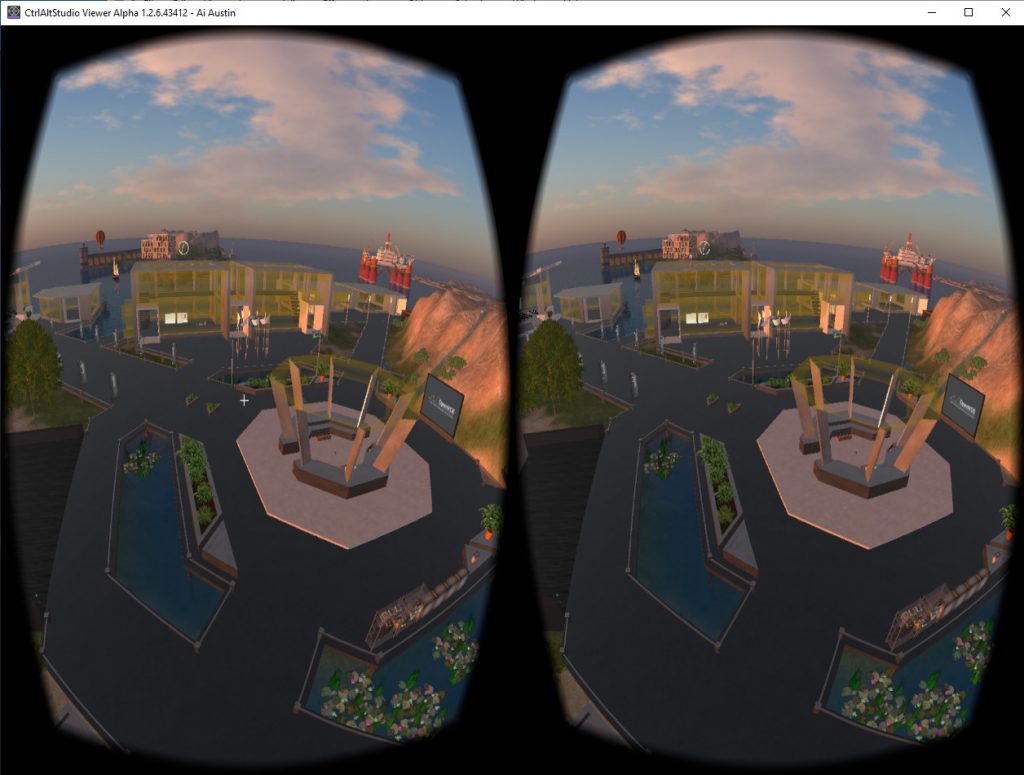 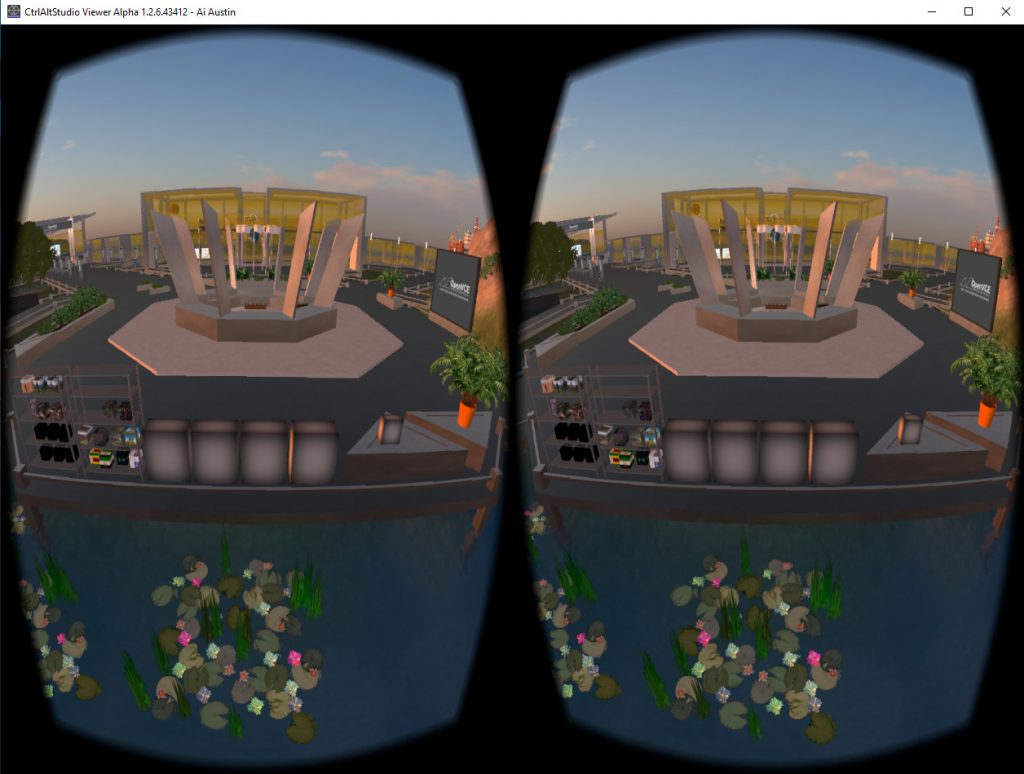 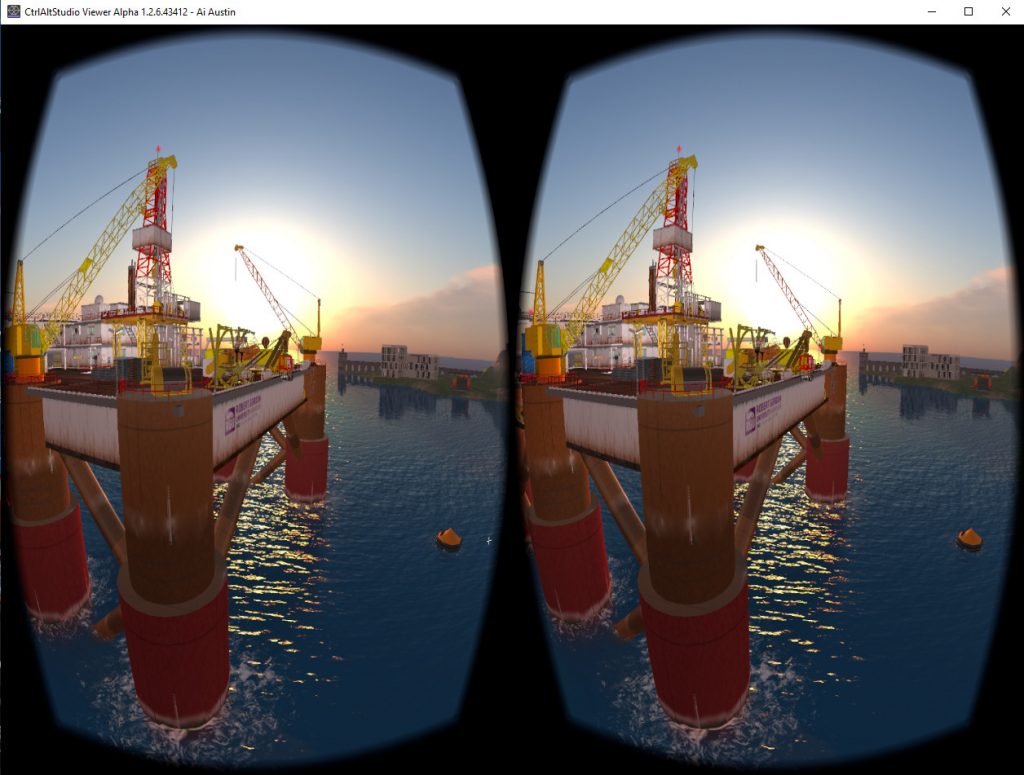 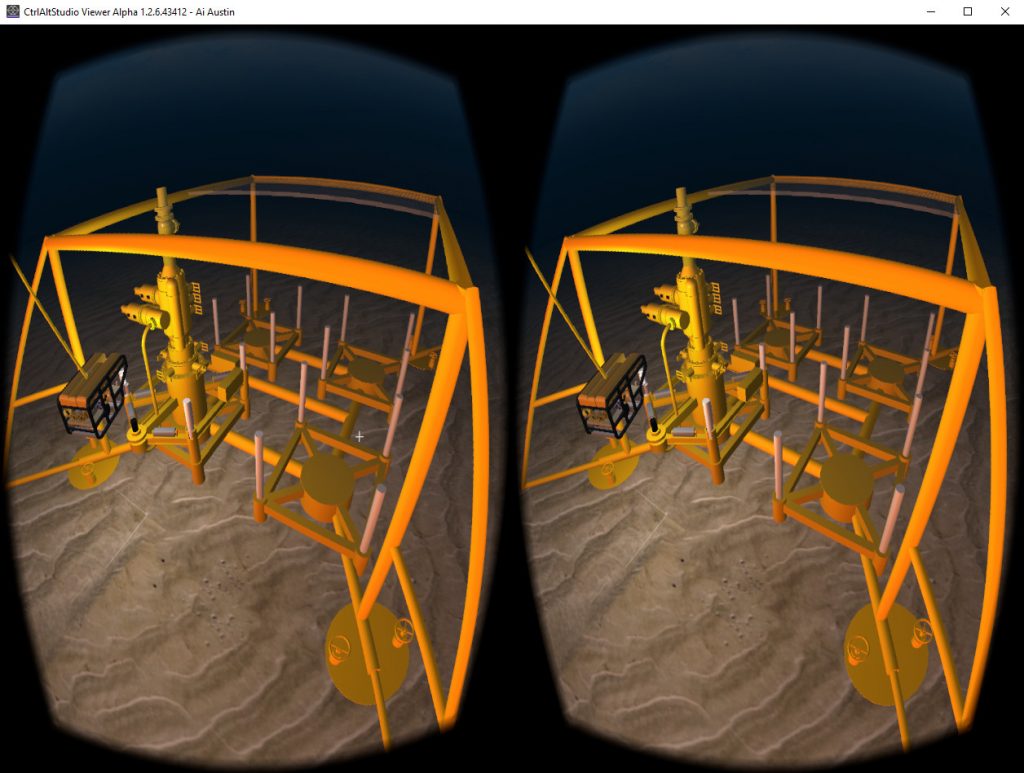 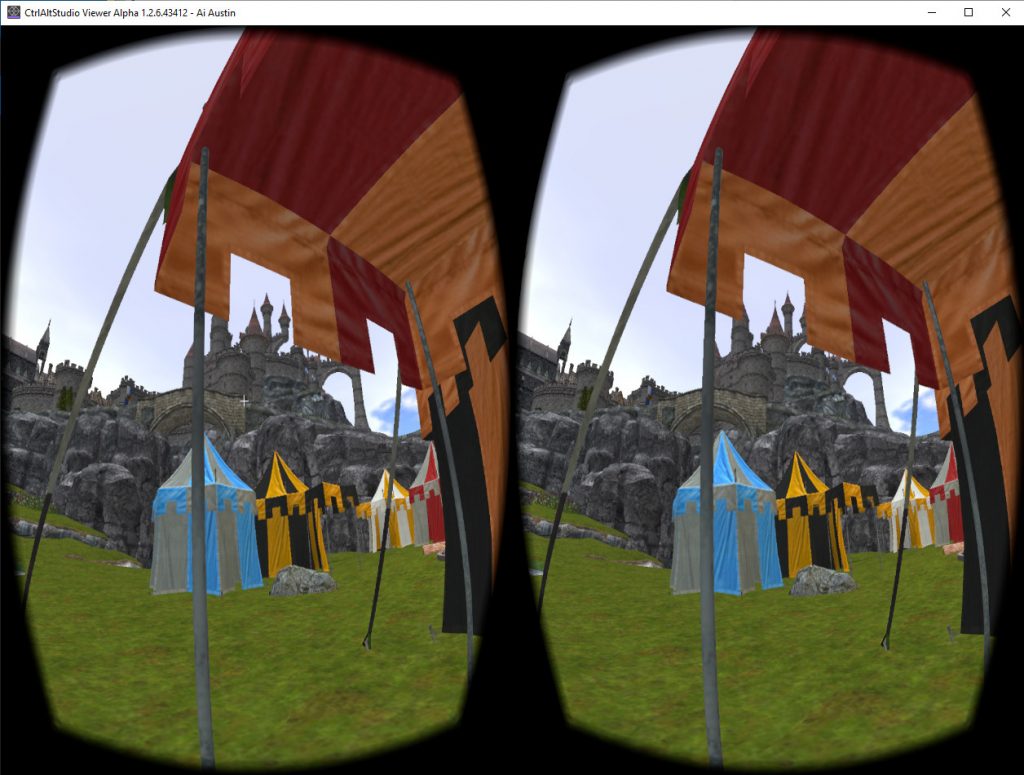 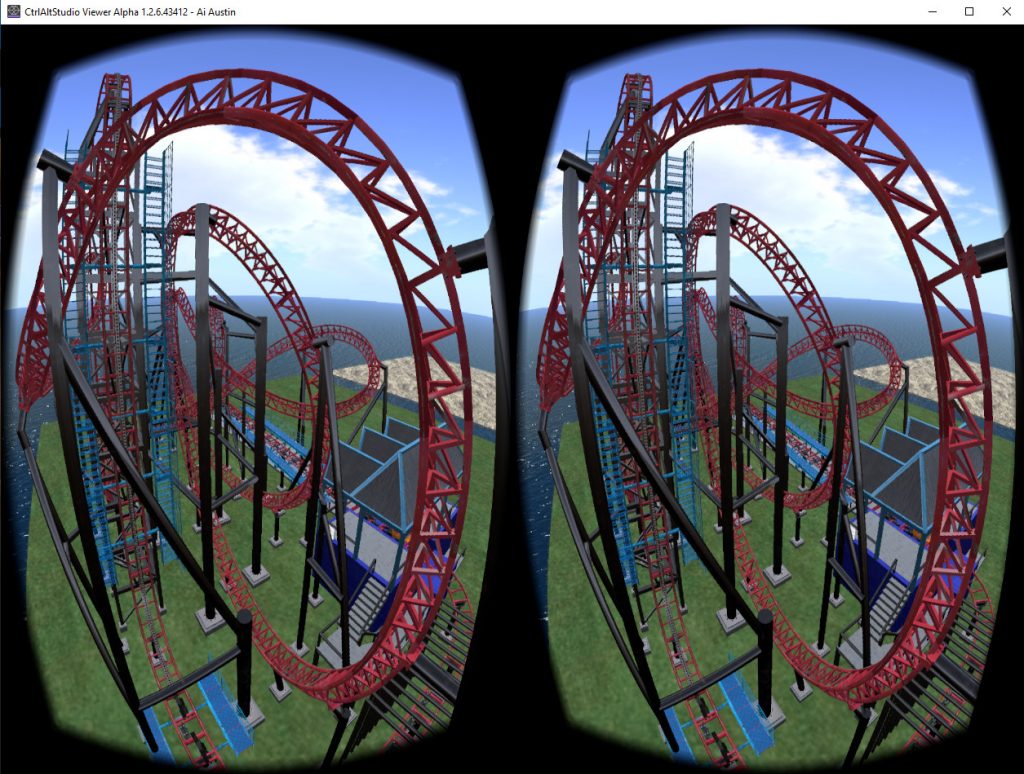 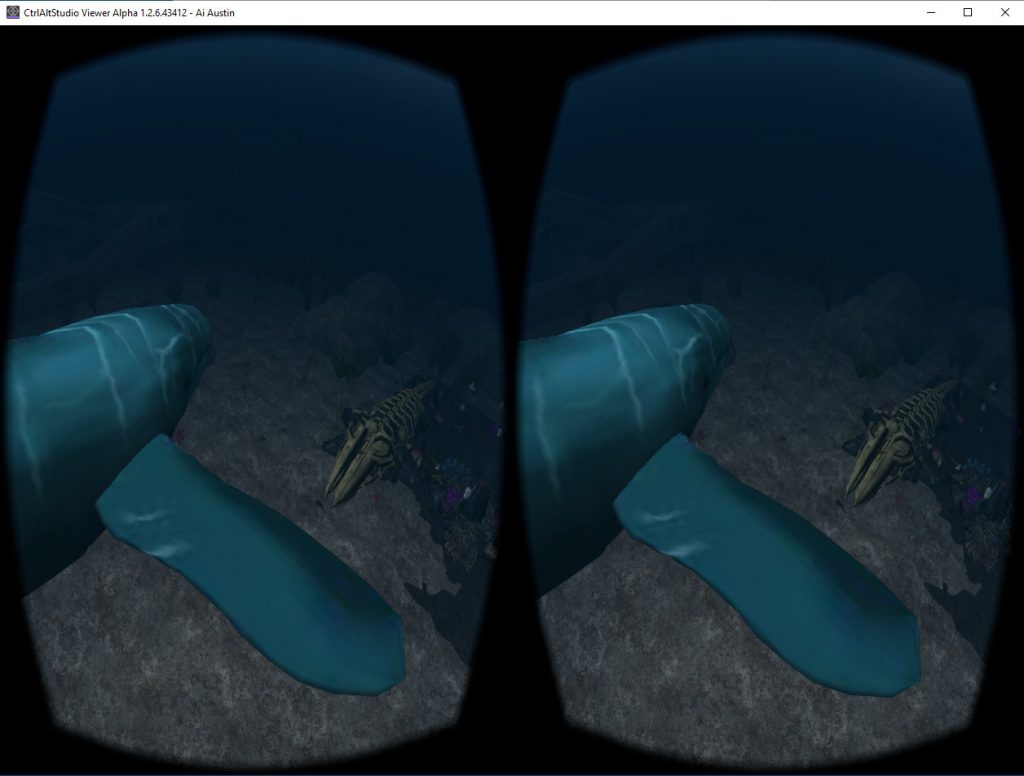 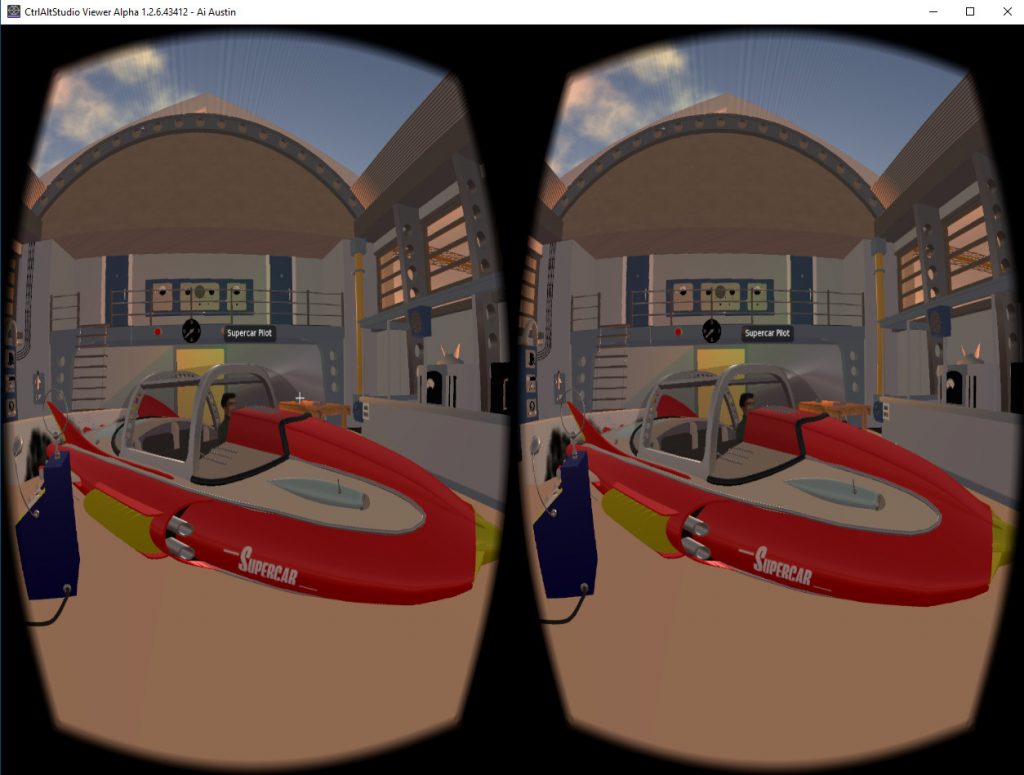 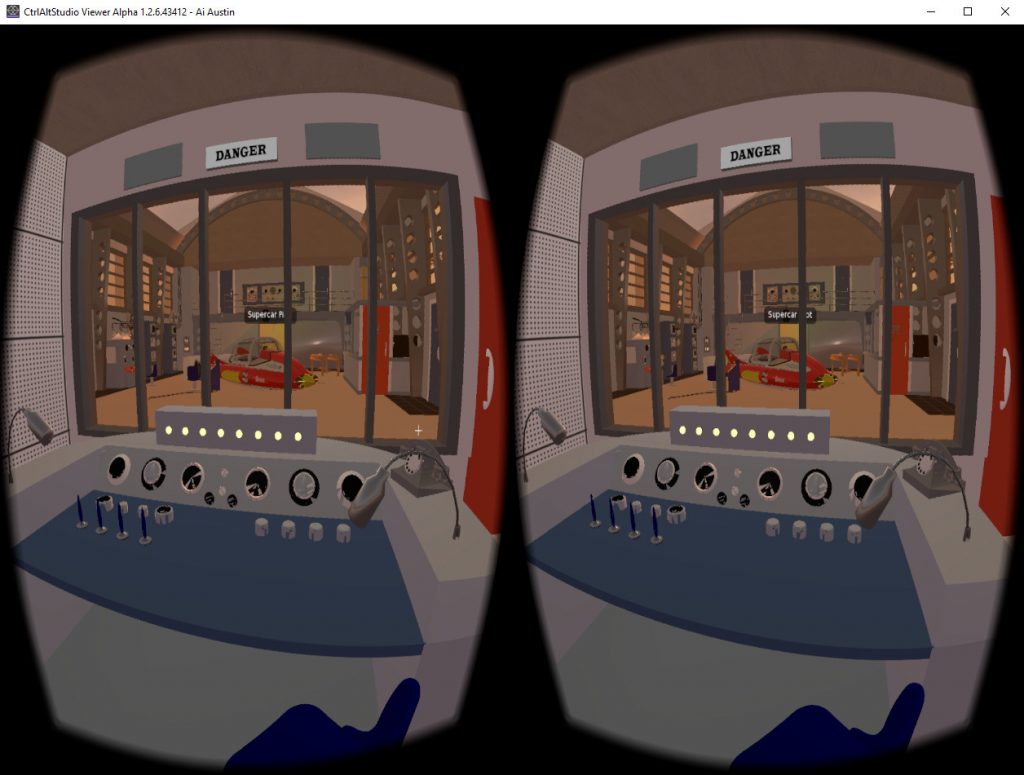 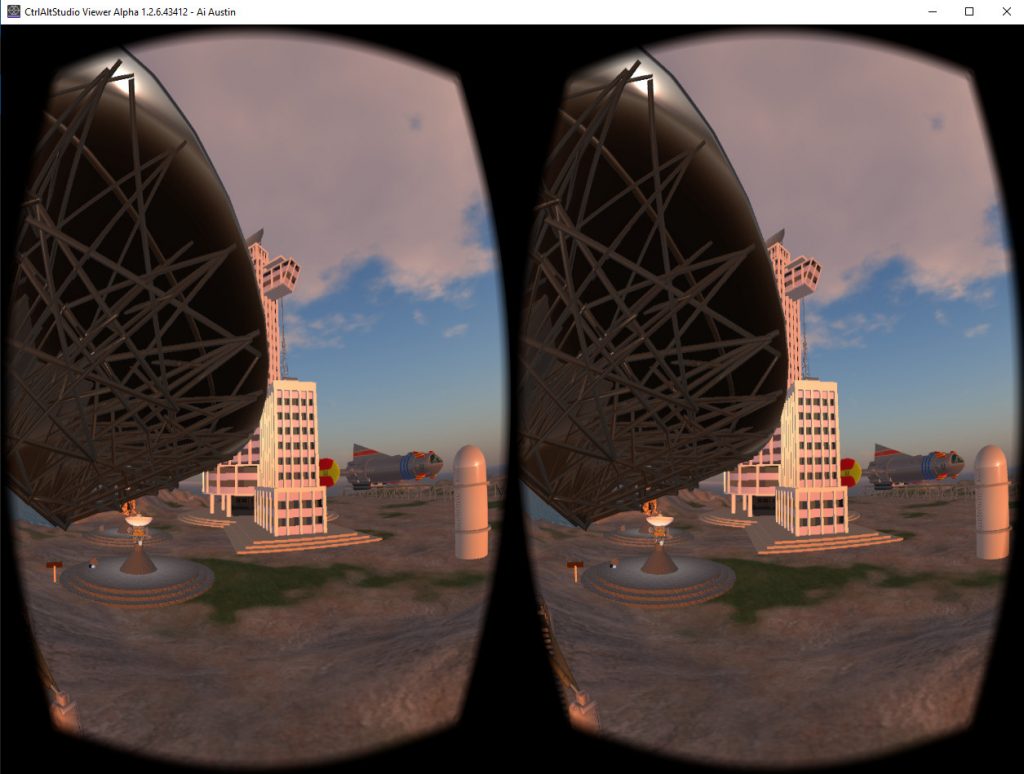 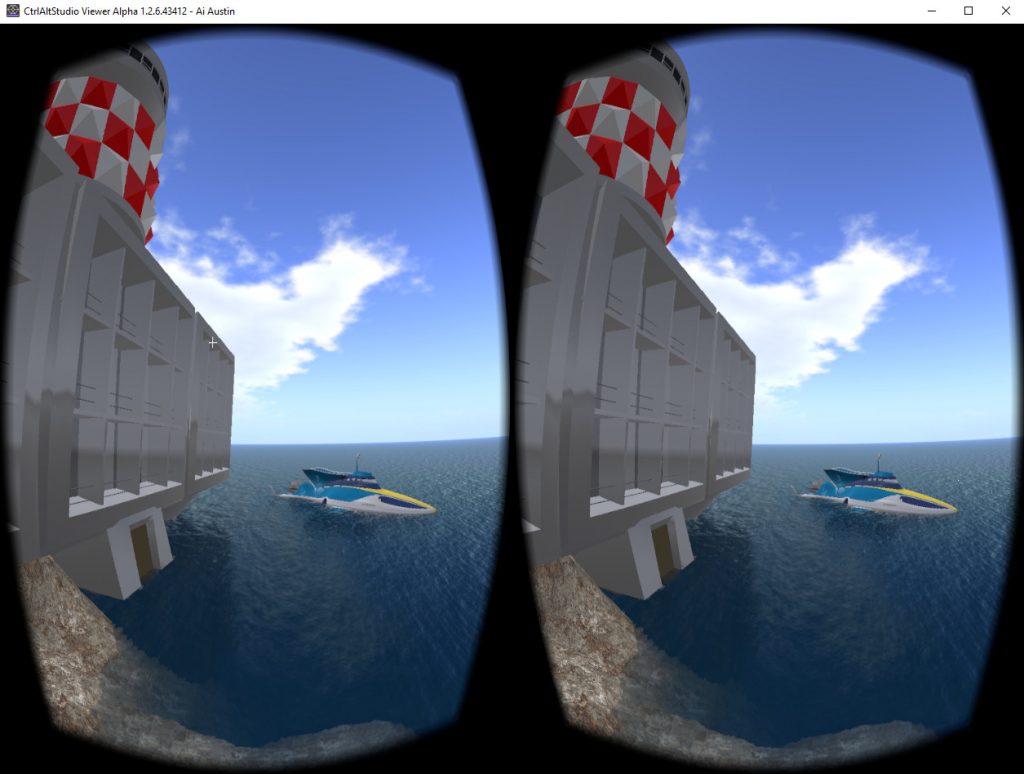 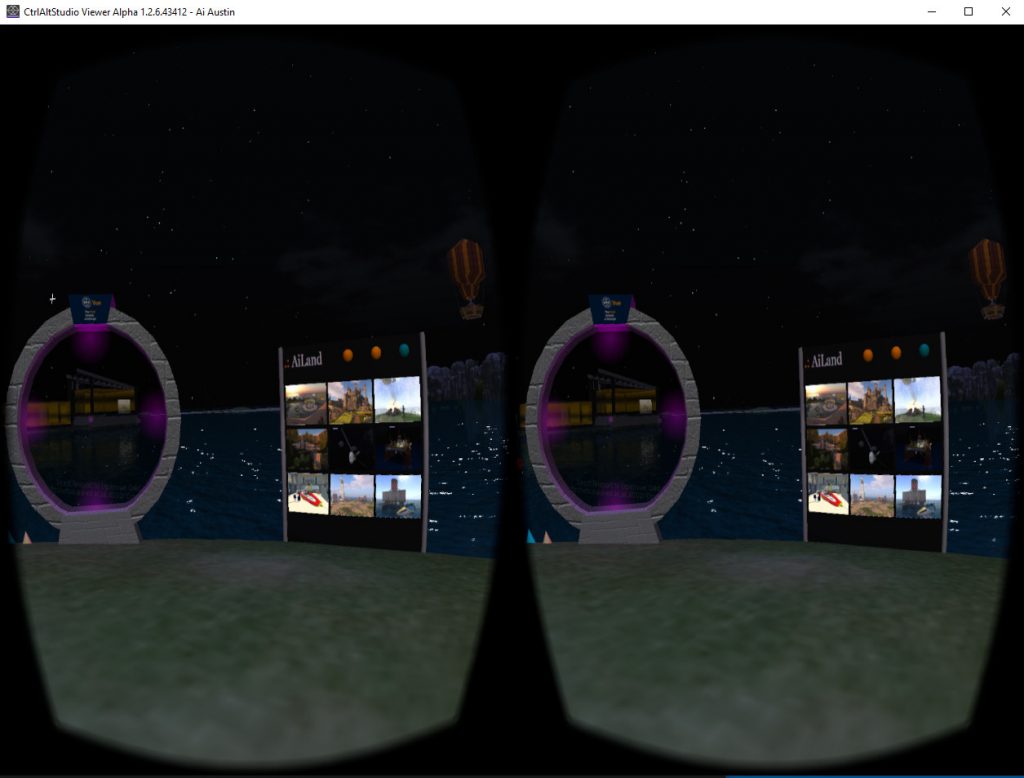 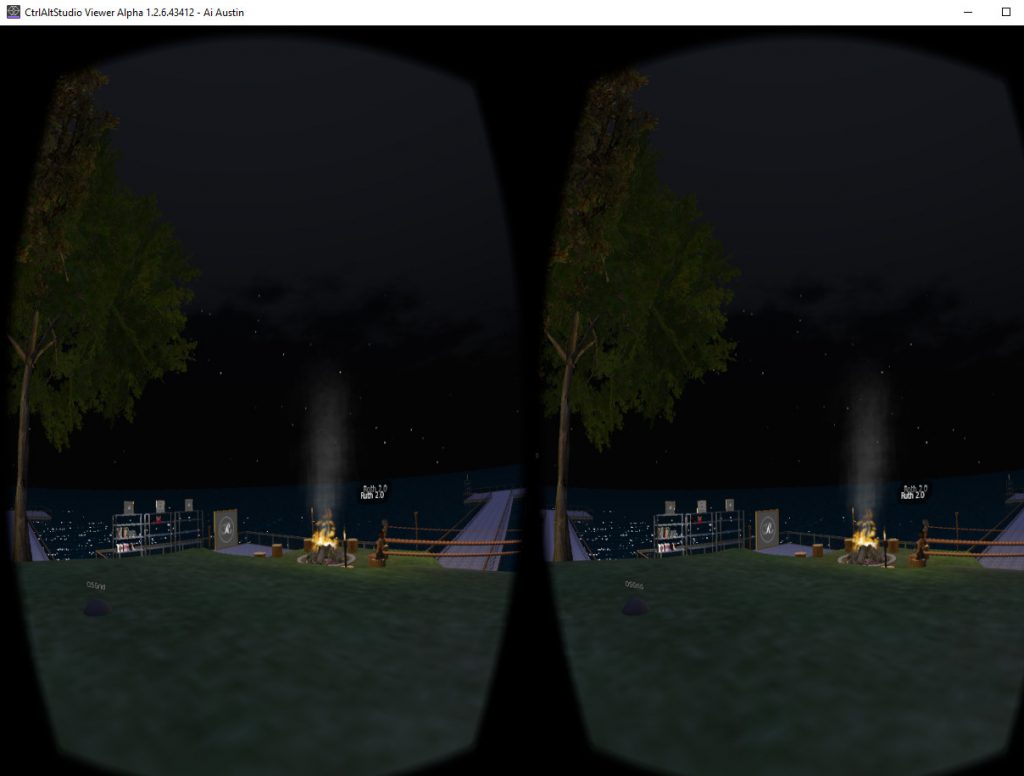 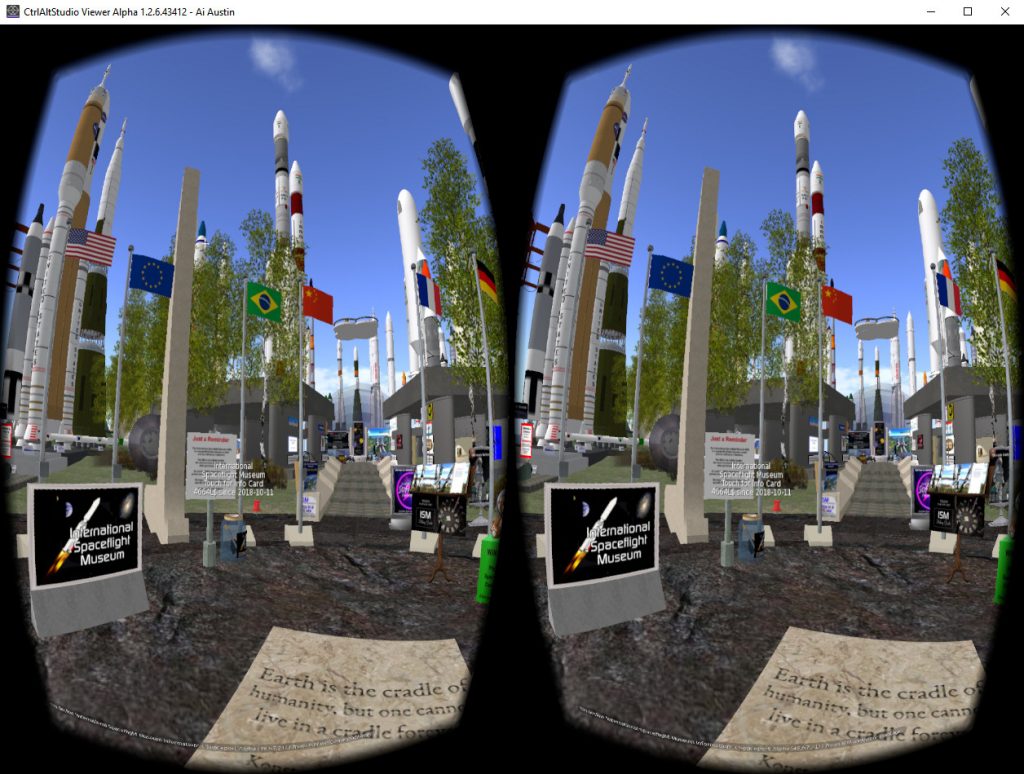 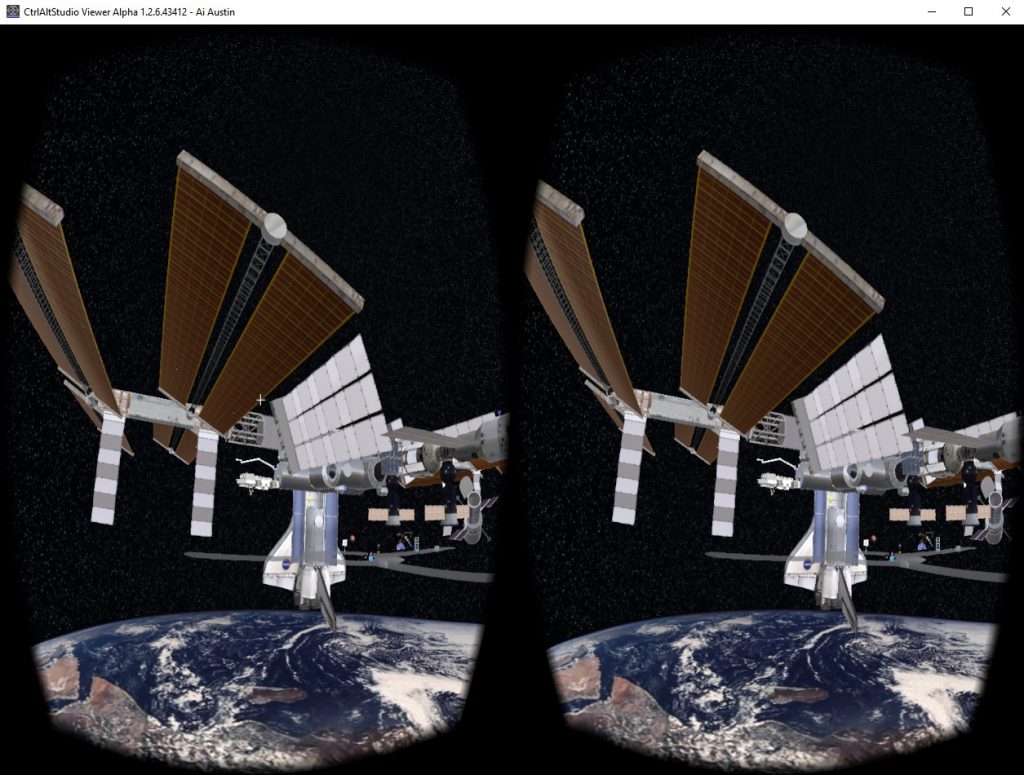 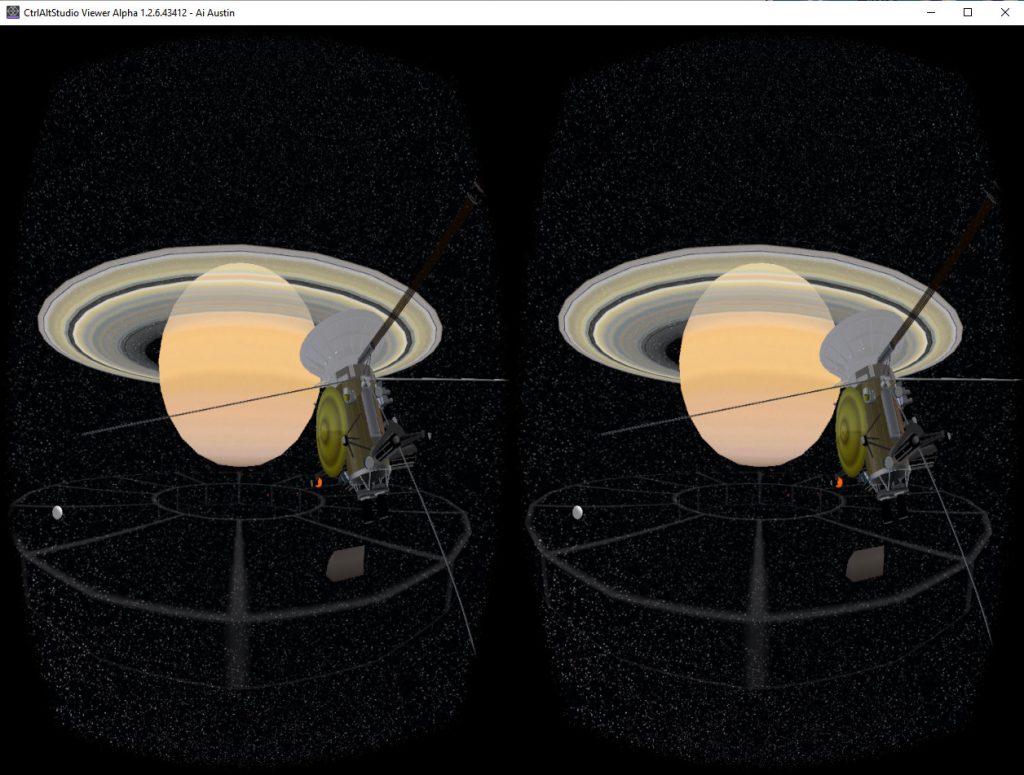 As mentioned before CtrlAltStudio in its last release is based on December 2014 Firestorm viewer code. This means a number of things introduced to Second Life and/or OpenSim since that date are not supported, or may cause the viewer to fail. There have also been many improvements in Firestorm and other viewers since then that are not included in CtrlAltStudio Viewer. Unless you really need Oculus Rift or stereoscopic 3D support you should seriously consider using another viewer instead.

Linden Lab’s cashier update of 15th Jun 2016 (TLS 1.2 enforcement) is not supported when using the built-in web browser (e.g. trying to purchase from the Marketplace). However, user/user transactions, transactions via in-world vendors and L$ purchases via the button in the top right corner of the viewer will still work. 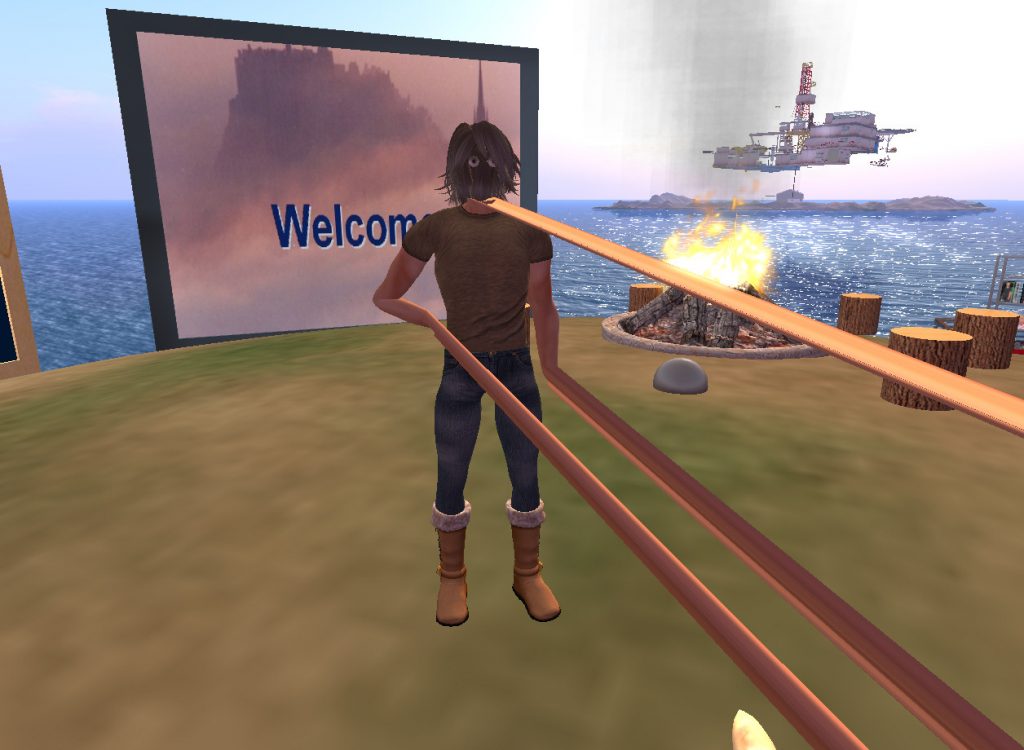 Avatars have had added “Bento Bones” to extend the range of visual styles and animations possible. This especially includes extra head bones, many extra bones for the hands and fingers, and body bones to allow the addition of tails and wings. Wearing attachments which use the extra bones in CtrlAltStudio causes a nasty visual glitch where the mesh is stretched to the 0,0,0 point on the region.

Animesh for animated avatar style objects in world (like NPCs) has recently been introduced into Second Life and is not likely to work at all in CtrlAltStudio.

Testing in July 2019 with CtrlAltStudio 1.2.6.43412 and Oculus Rift DK2 and CV1 on Oculus 1.38 software with Windows 10 Pro version 1903 and Dell Precision T5810/Nvidia GTX 1080… all look fine except when exiting the viewer the screen has bad colour effects and needs restarting. 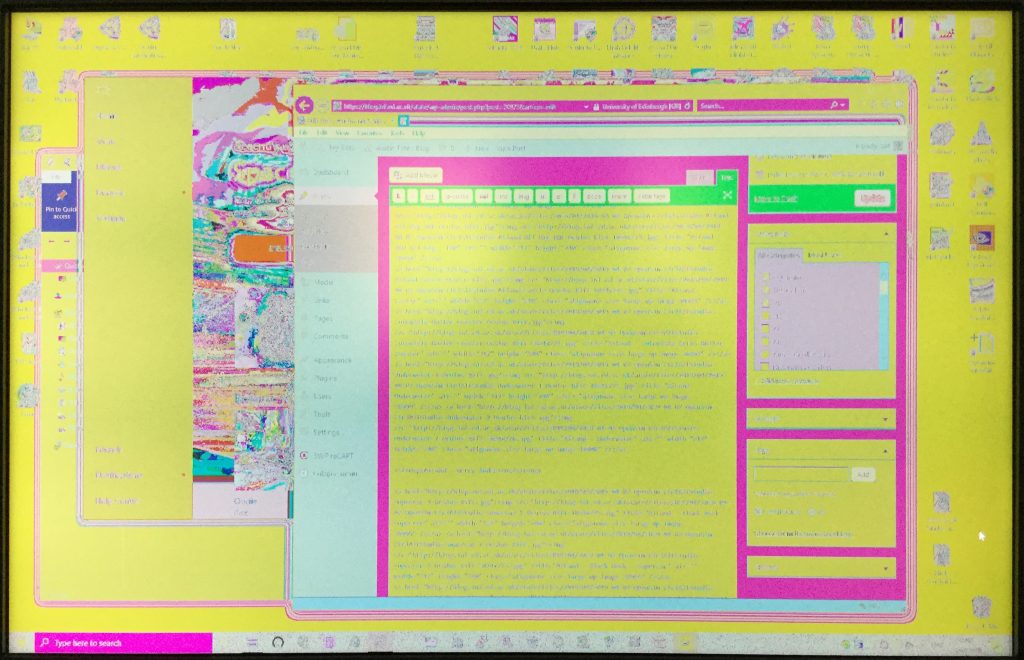 This may be due to the “Color Profile” being set by the viewer, and occurs with Nvidia GPUs. A fix was introduced in June 2019 for the Linden lab Second Life Viewer and the Firestorm Viewer for this…
https://releasenotes.secondlife.com/viewer/6.2.3.527758.html.

This information may be relevant … https://www.nvidia.com/en-us/geforce/forums/discover/239606/finally-a-fix-for-the-games-changing-the-color-profiles-/.

Garry Beaumont on MeWe suggested this fix without having to reboot the computer… “the only way out of that screen without shutting your system down is to do this… Right click the windows button (I know its hard to see) then go to the second tab up (you can just make them out) now click the top tab in the window that opens. You escaped without a shutdown”.

This has the effect of doing a log out for the user, which resets the colour profile.

This entry was posted in OpenSim, Second Life, VR and tagged CtrlAltStudio, VR. Bookmark the permalink.