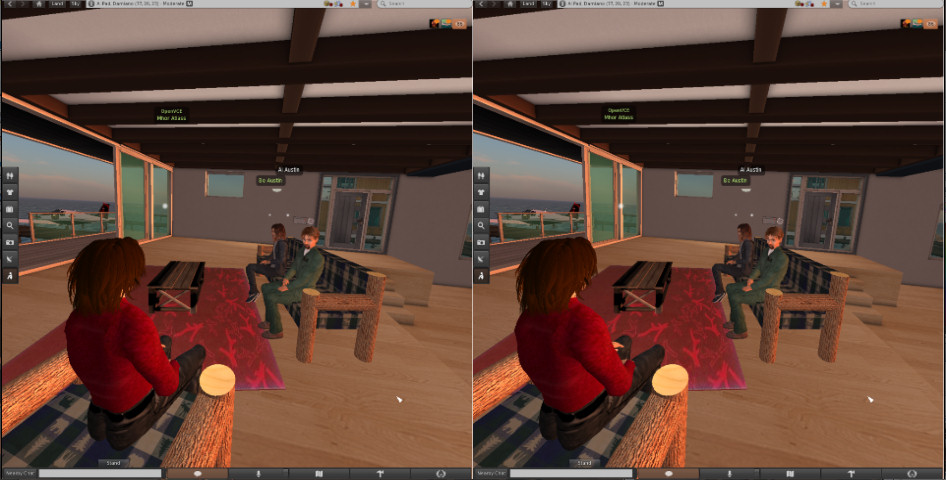 As noted before in this blog post Peter Kappler has created a VR version of the Firestorm virtual world viewer (based on version 6.0.1.57000). If the graphics settings, draw distance and scene complexity allow it, this can work very well to view 3D content. It is not best suited to build and creation modes. But it can work very well indeed for Social VR purposes allowing all the capabilities and content available in Second Life and OpenSim to be used in scenes where chat, get togethers, tutoring sessions, seminars and other meetings take place.

If the scene in a normal 2D view is adjusted to achieve at least (say) 50fps then it should work will in the Firestorm VR viewer. Make Graphics settings, draw distance and other changes until you achieve that sort of frame rate or the scene will be choppy or flicker. For Social VR functions draw distances can be quite small, so even very busy mainland Second Life regions become accessible.

Some specific figures I observed on one Second Life scene trying to make the view distance (256m), graphics settings (High), etc the same for the comparison…

The following images were take on a Dell Precision T5180 with 32GB Memory and Nvidia GTX 1080 GPU, with High graphics settings and 128m view distance. 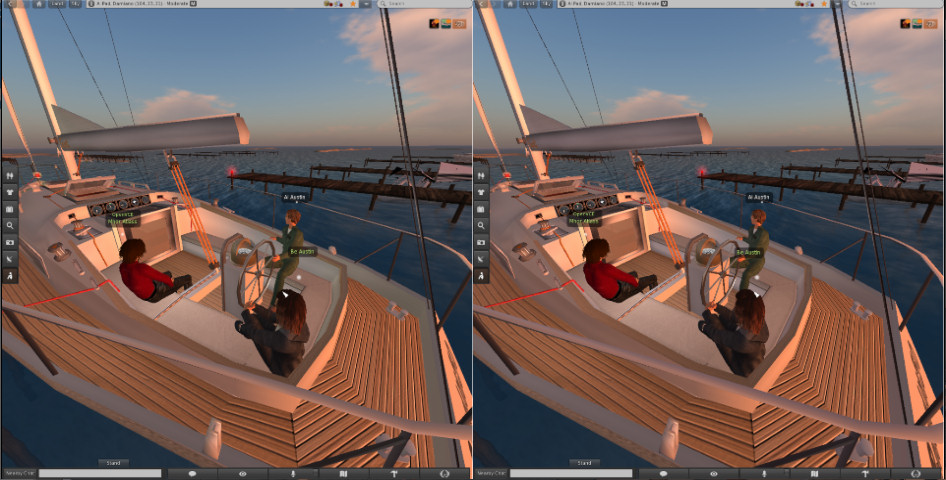 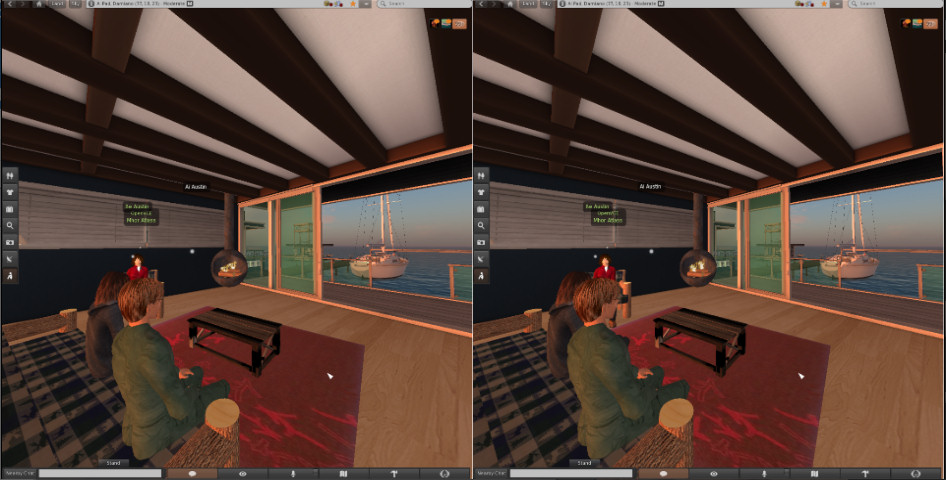 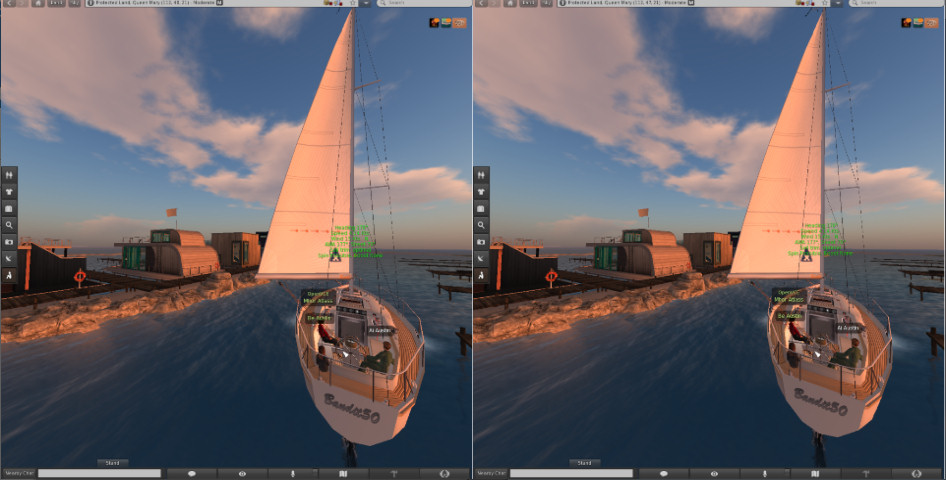 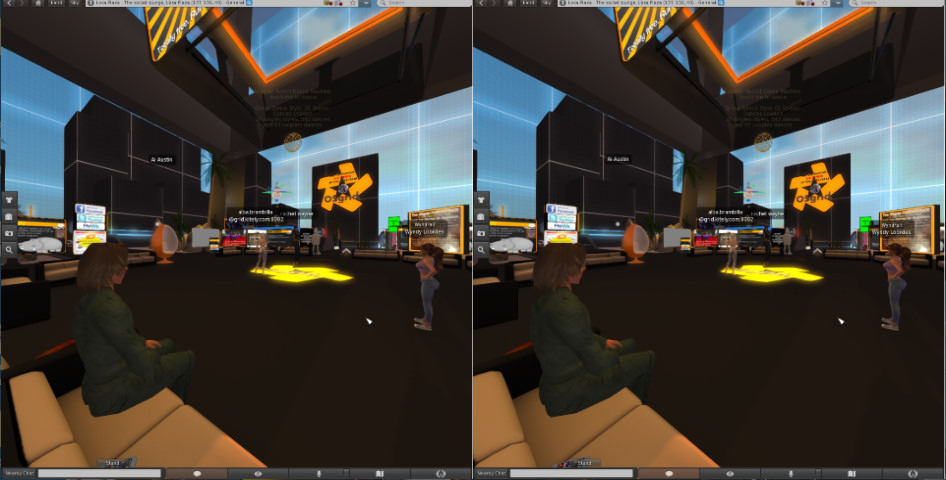 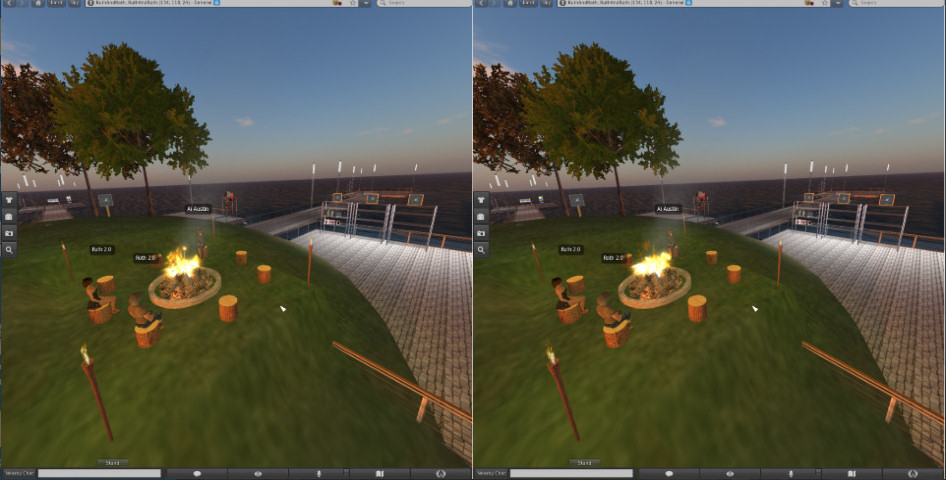 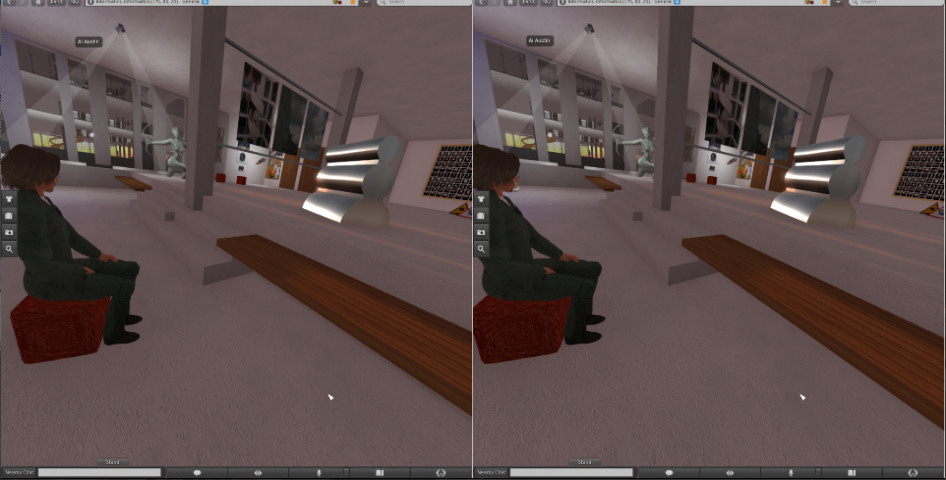 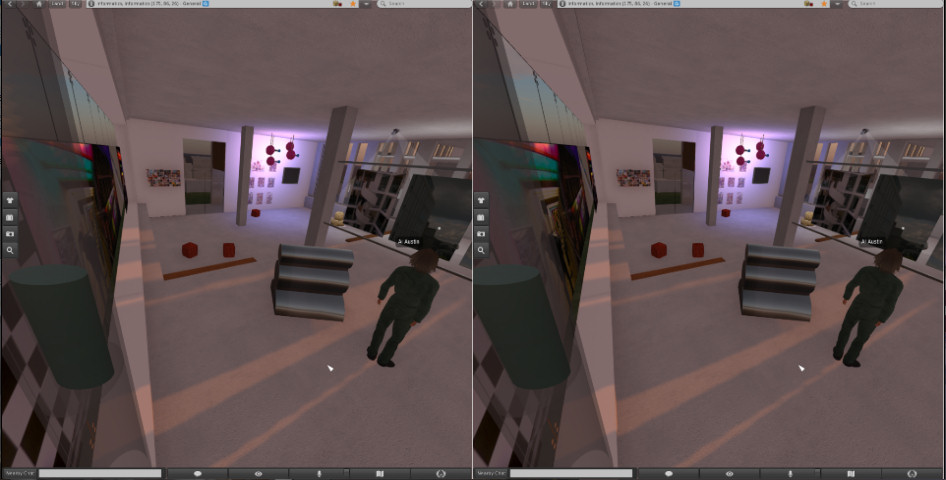 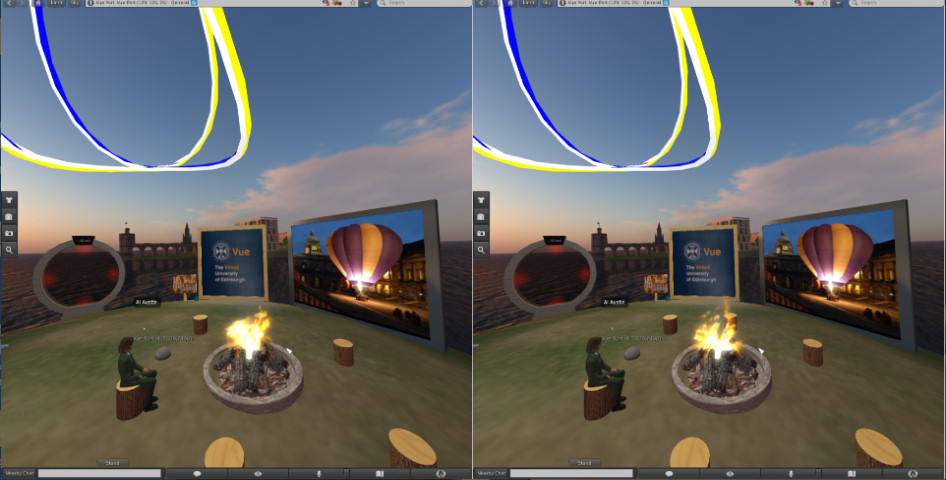 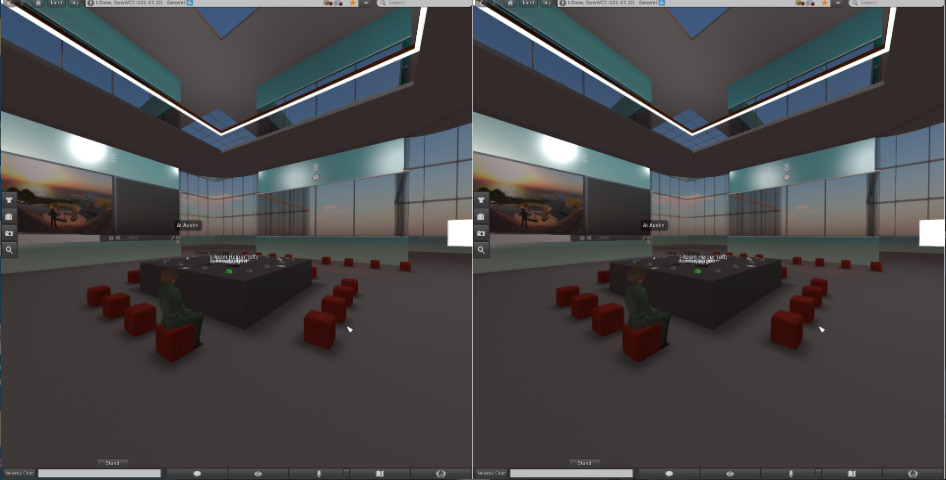 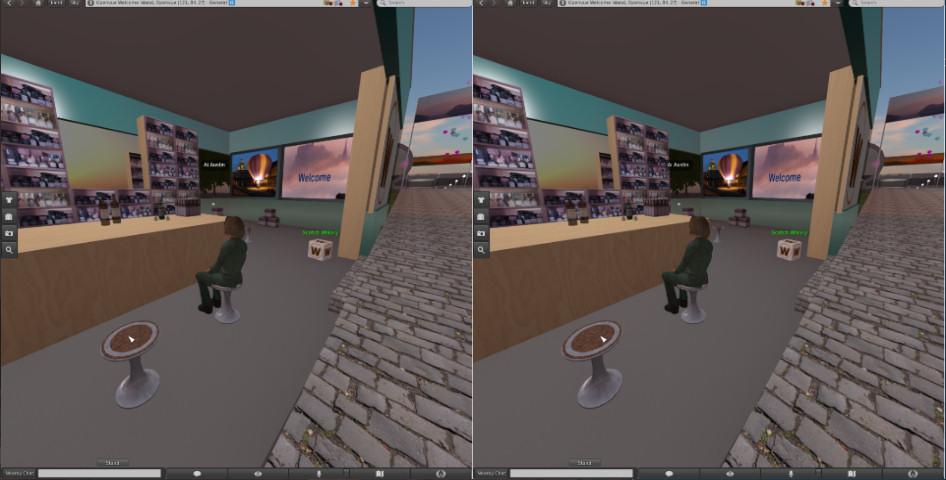 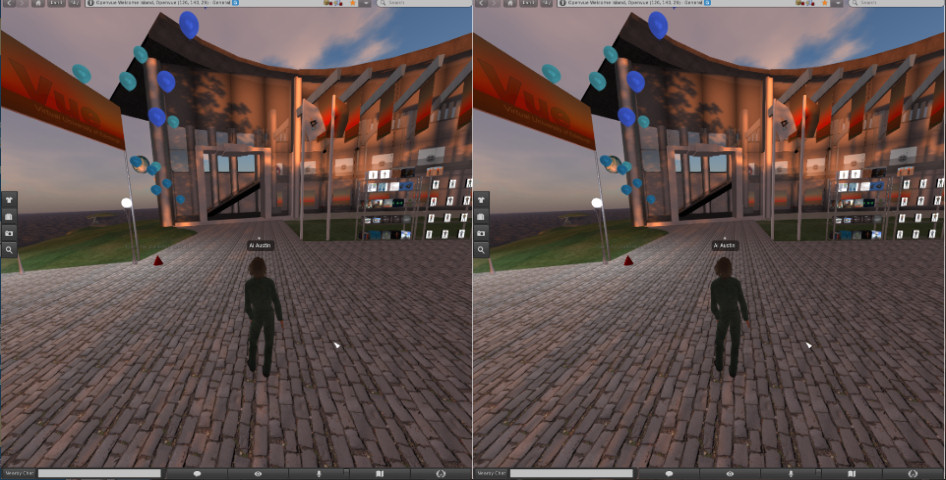 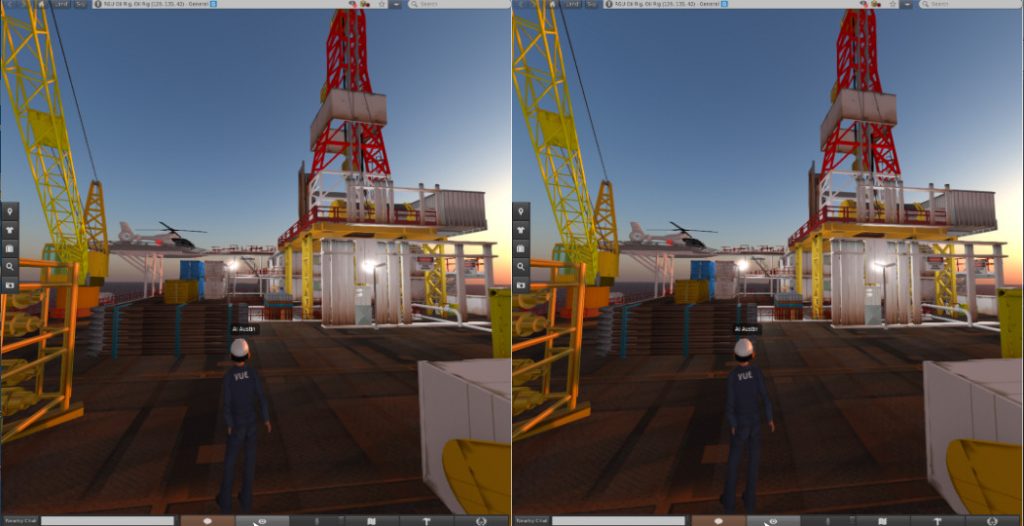 Click here for more images of the Oil Rig region in Firestorm VR.