Update: 28-Nov-2019: This is an archive of the original “Bakes on Mesh – Resources” post.. which has now been updated to reflect the up to date position. New post here. Most viewers now also support Bakes on Mesh and some, such as the Firestorm Viewer, also protect older versions of OpenSim by not using the new bakes channels on those grids.

Update: 28-Nov-2019: Viewers with support for Bakes on Mesh in Second Life and OpenSim have started to appear… Cool VL Viewer, the Singularity Viewer and Firestorm VR Mod. If you use extended BoM features please don’t use these viewers to log directly into grids/regions known to run on older 0.8.* server code.

Update 28-Oct-2019: basic Bakes on Mesh (BoM) support for all 11 bakes textures and the new Universal wearable is available in OpenSimulator 0.9.1.0 (released on 28th October 2019) and later versions.

This is a blog post to collect together resources related to the Bakes on Mesh [BoM] feature for Second Life and OpenSim. This has been in testing for some time by Linden Lab on Second Life, and the official Linden Lab viewer release 6.3.0.530115 dated August 26, 2019 as well as all Second Life regions supports this. More detail in these articles…

Firestorm view code is currently under development to merge in the changes to support BoM and development versions of Firestorm 6.3.1 are being tested for this.

Bakes on Mesh facilities allow mesh avatars to be used with standard avatar skins, tattoos and tight to skin wearables which is useful for undergarments, etc. It can help avoid the need for “appliers” used to apply textures onto mesh avatars, and “onion skin” outer meshes to give layers for clothing.

OpenSim and Bakes on Mesh 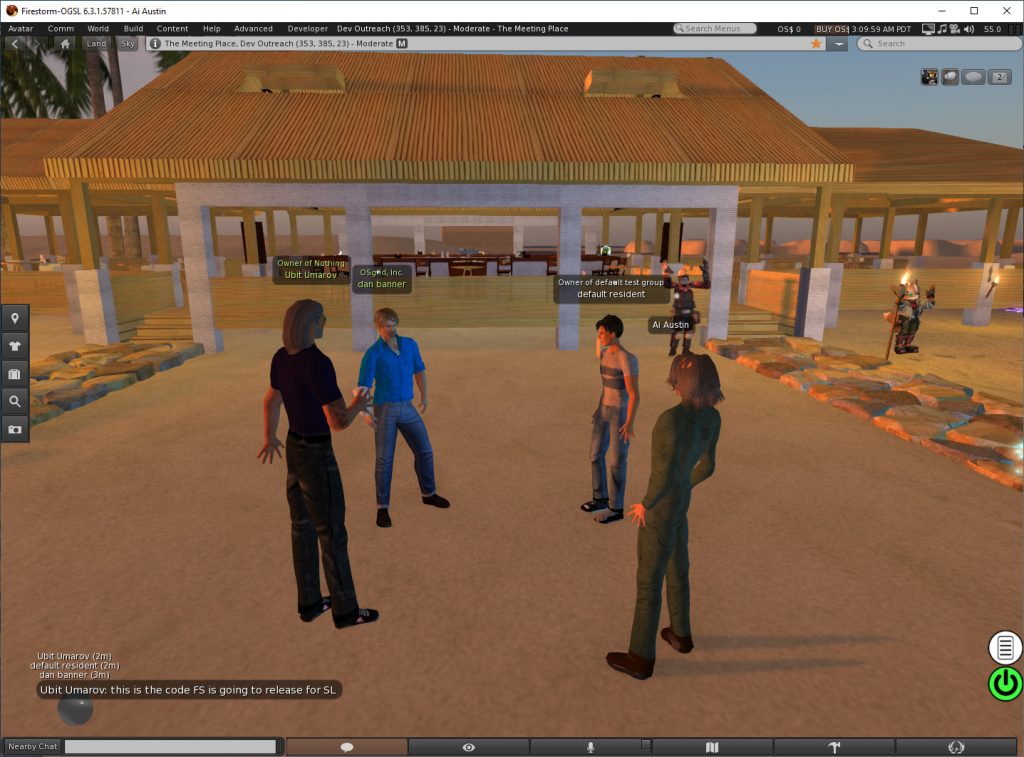 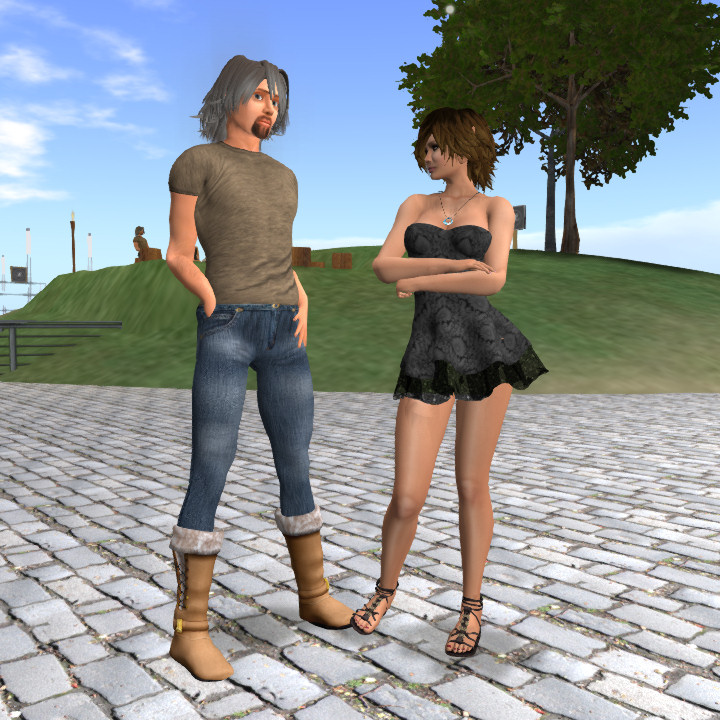 The Aditya_for_BOM.dae Collada sample avatar mesh file provided by Linden Lab can be found via the Bakes on Mesh Knowledge Base Article at https://jira.secondlife.com/browse/BUG-139234. Note its a very simple mesh body and a lot of the usual avatar shape adjustment sliders will not work on it (e.g. it has very large feet that cannot be changed).

This can be edited and textured manually with “Bake” textures when worn and edited, or this script could be used to set up the faces of the sample Aditya_90 avatar for BoM… thanks to Ubit Umarov…

Simple HUD to Show Bakes In Use

NOTE: A HUD that may have parts BoM textured when attached to a HUD position will locally make the relevant parts of the underlying classic avatar transparent in the view of the avatar that attached such a HUD, but that does NOT show to other users. Its probably a viewer bug to have this difference in behaviour?

For testing… but see note above… a simple HUD can attached set up to show all 11 BoM textures that can be applied to a worn attachment. As shown in the following image, when using a viewer that supports BoM (such as the forthcoming Firestorm 6.3.1, test build 57811 pictured) the “basic” bakes channels already supported by OpenSim dev master code at 28-Aug-2019 (head, upper, lower, eyes, skirt, hair) are instantiated (skirt and hair are transparent in this example) whereas the new bakes textures (leftarm, leftleg, aux1, aux2, aux3) are not. 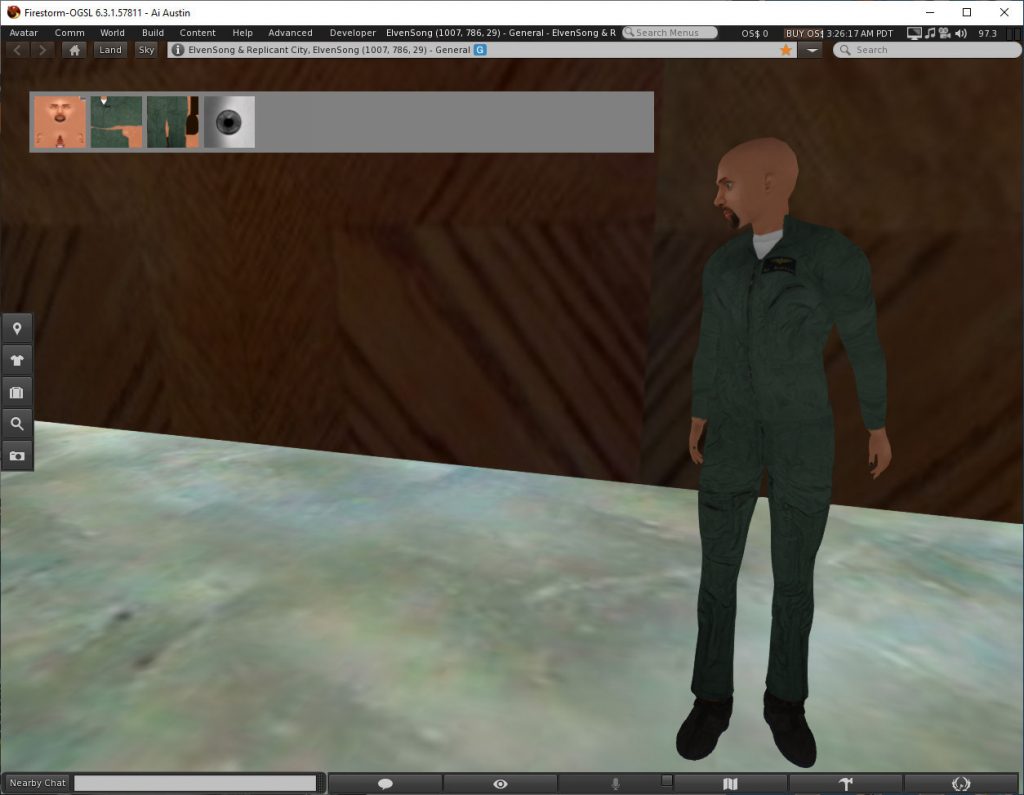 If a viewer that is not updated to support Bakes on Mesh is used, a set of coloured “fallback” textures will be displayed. These same fallback back images are used on any object face that is BoM textured when it is displayed in world, rather than attached to an avatar. 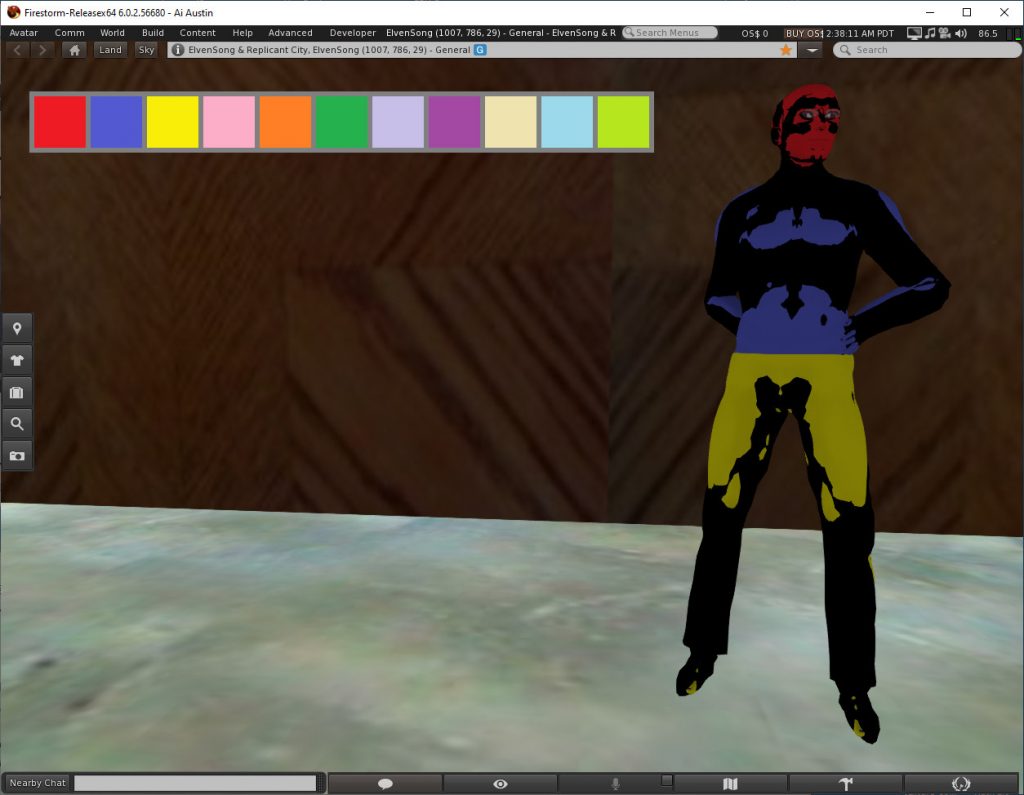 As a comparison, the same setup in Second Life with a BoM capable viewer looks like this…when a BoM textured object is rezzed in world it shows the coloured “fallback” textures… 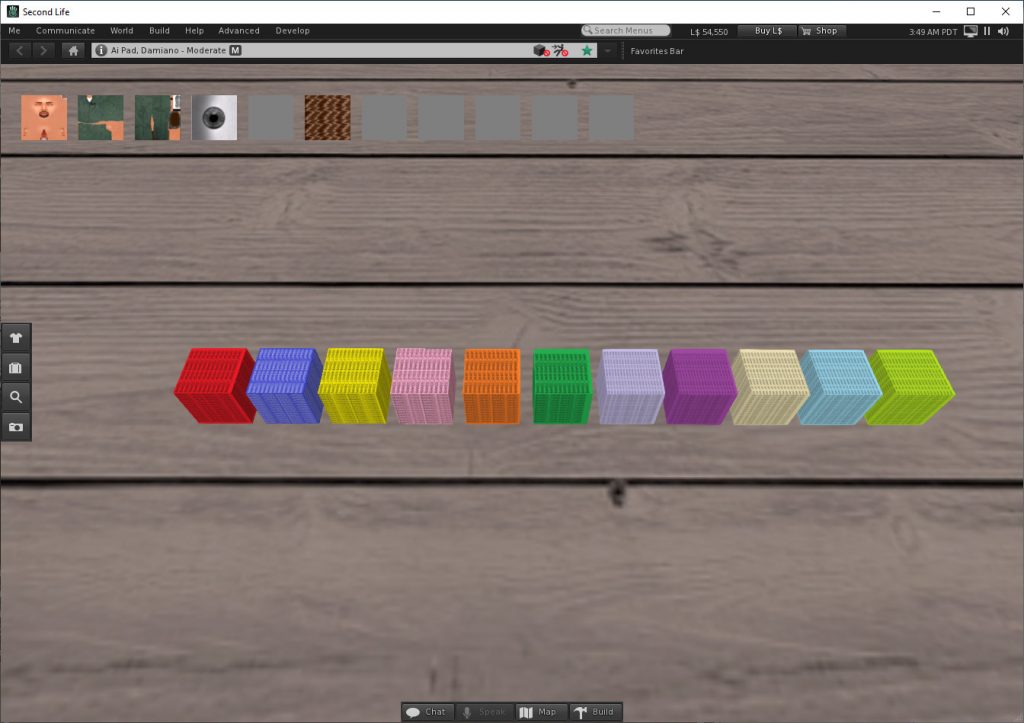 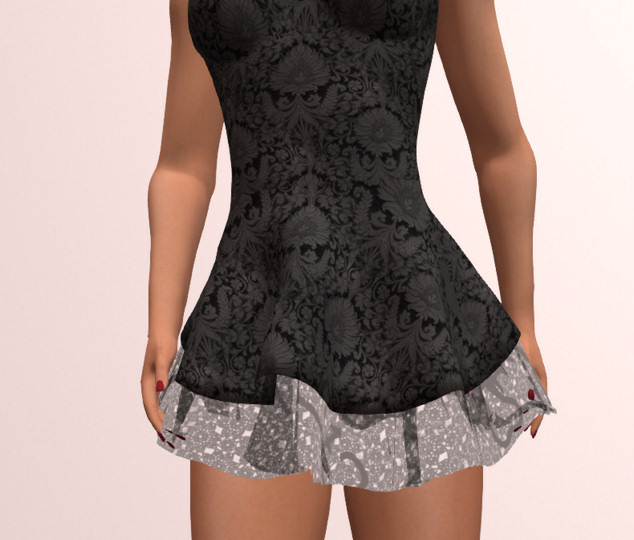 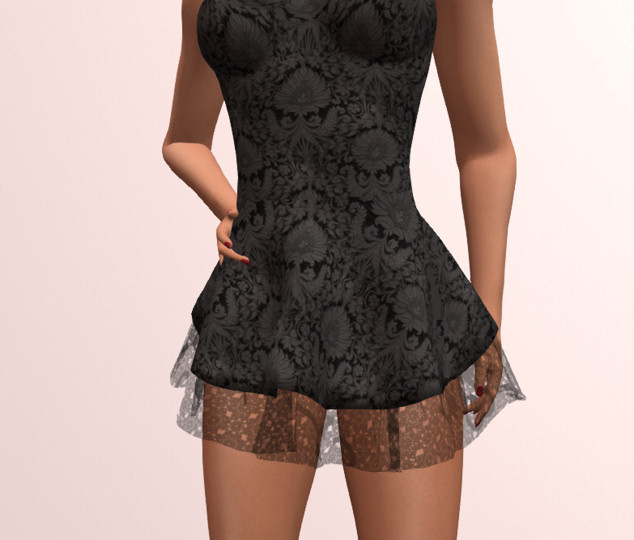