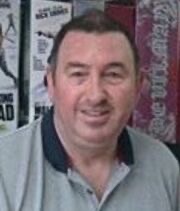 Supercar puppet scale model made by Andrew Grimshaw of Wigan and Phil Howard and displayed in the Dimension X Sci-Fi and Fantasy collectables shop in Hoylake in the Wirral near Liverpool, UK (at Unit 9A, The Quadrant, Hoylake, CH47 2EE) around October 2016 to February 2017 (shop opened in April 2016, now closed). The Model was listed on Twitter as “For Sale” in April 2017, current whereabouts unknown (unless you know otherwise?). Andrew worked as a model maker for the Thunderbirds 1965 Kickstarter funded project to create three new episodes of Thunderbirds based on audio stories. He also created a Thunderbirds FAB1 model for a TV advert for the Halifax. 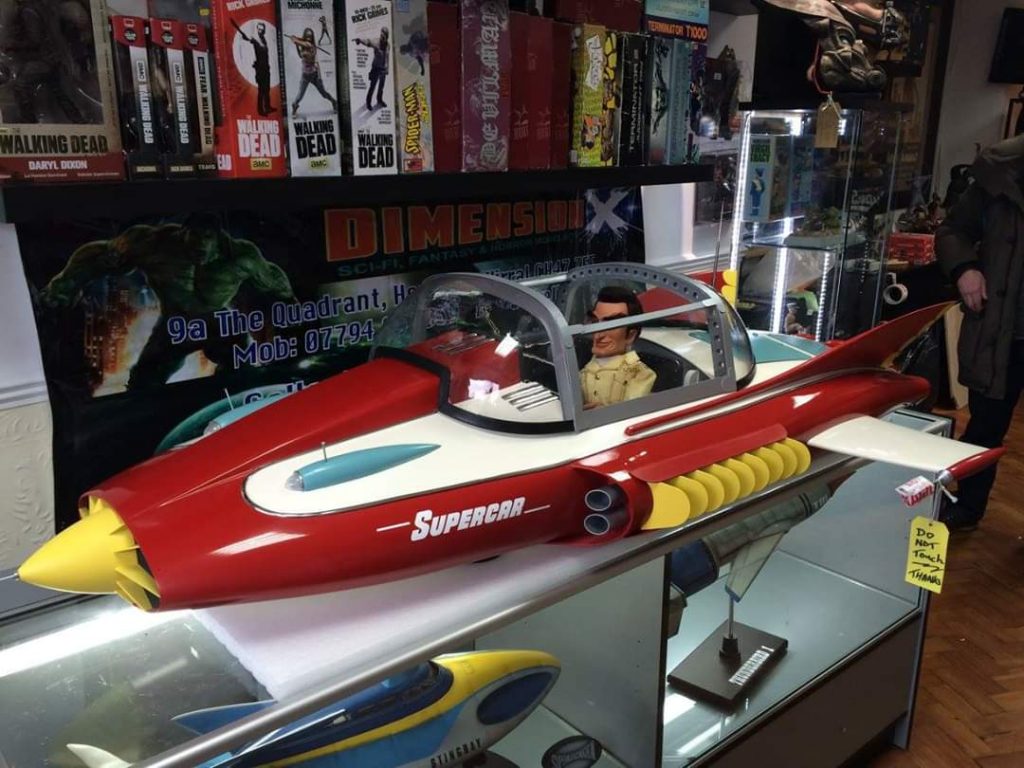 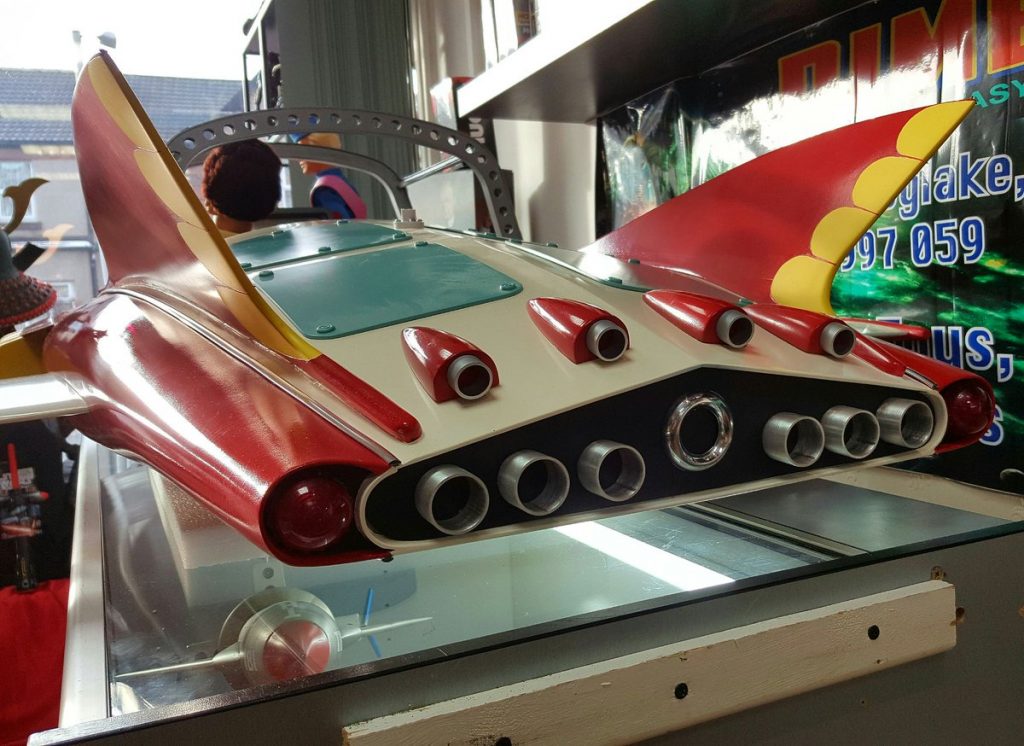 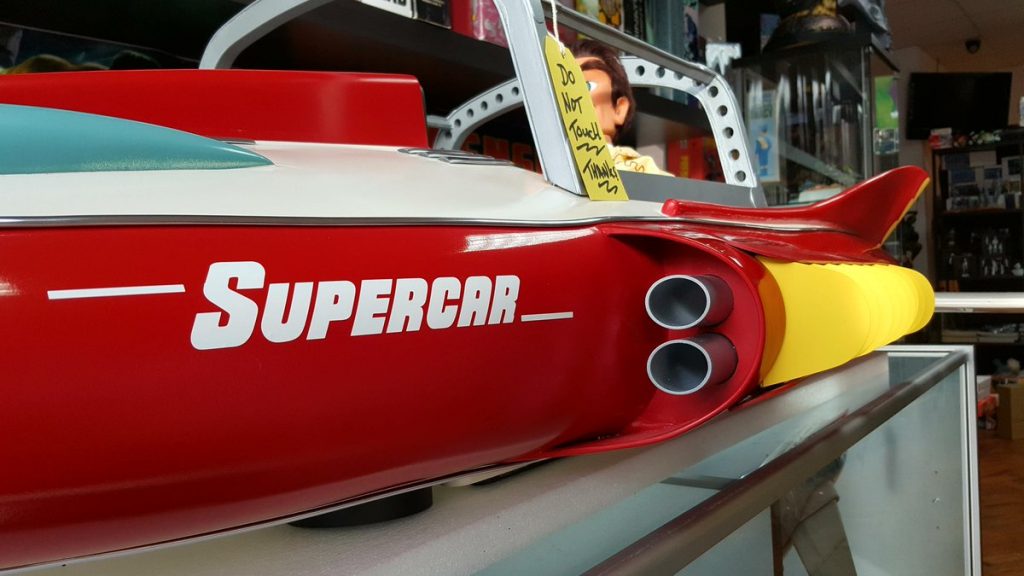 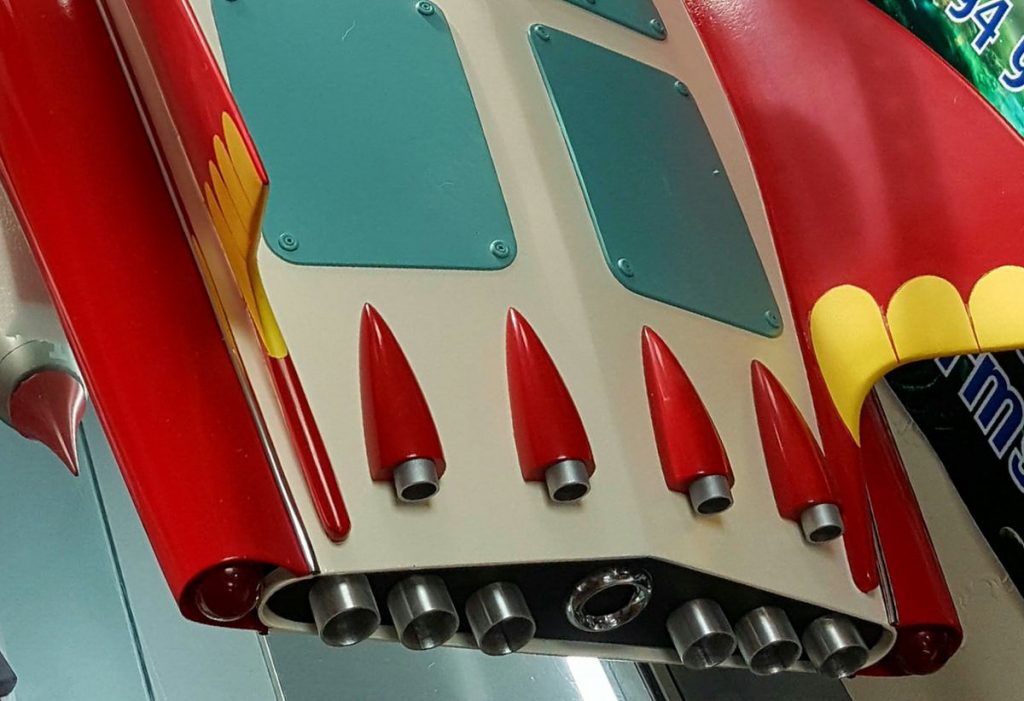 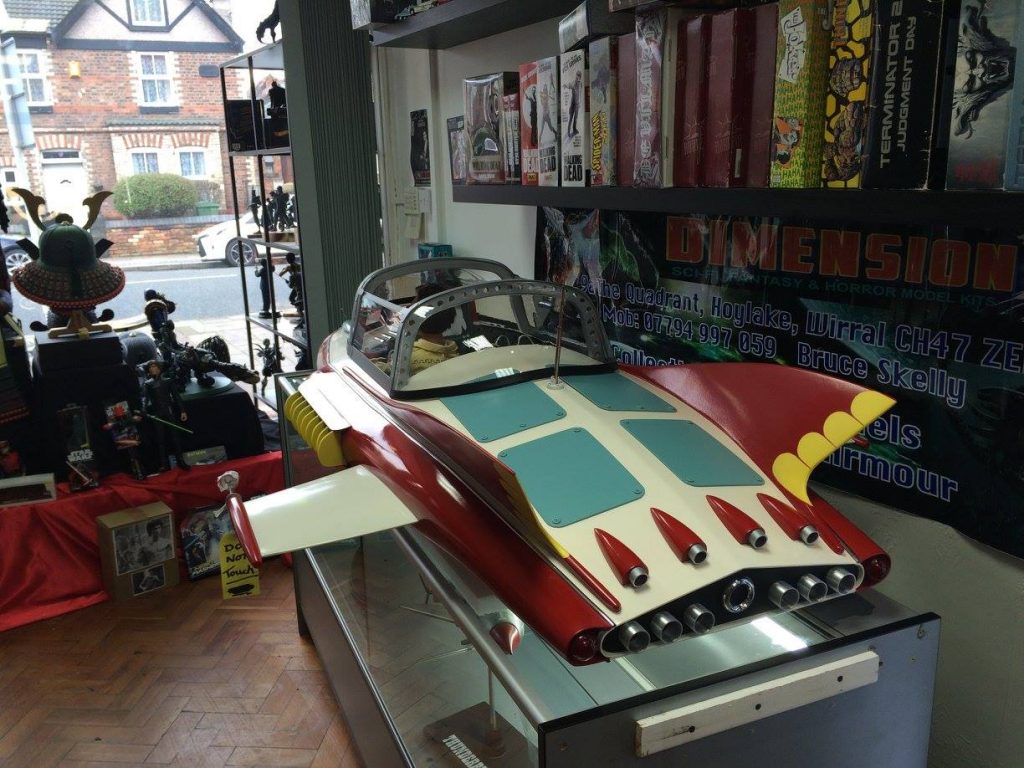 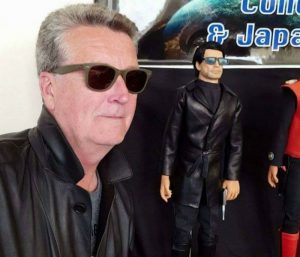 Andrew Grimshaw of Wigan created the Model on behalf of Bruce Skelly (pictured to the right) who owned Dimension X. Some details of the construction of the model are in a blog post from West Kirby Today… By Emma Gunby on 27th September 2016:

Bruce Skelly, who runs the modelling emporium DimensionX, has discovered the long-forgotten plans for the original Supercar and is painstakingly recreating the vehicle, which will go on display at his shop in October.

He added: “No one knows where the original Supercar is, I think it must have been lost.”

“One of my contacts found the original plans for the model from the series and so I am rebuilding it in all its glory to go on display in the shop.”

The Supercar model, which is estimated to be worth around £1900, is set to go on display at Dimension X in October alongside an original Fab 1 – the famous pink Rolls Royce driven by Lady Penelope in Thunderbirds.

Bruce, 64, a former publican, opened the shop after he retired to continue a passion, which began in his childhood. 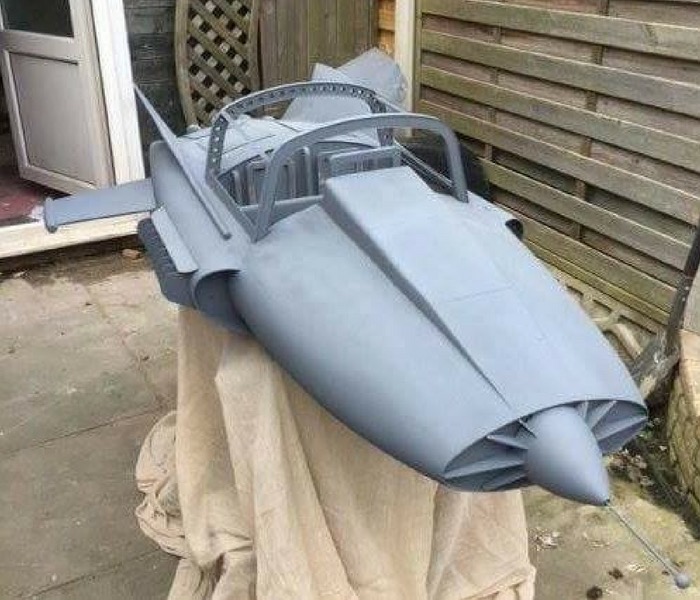 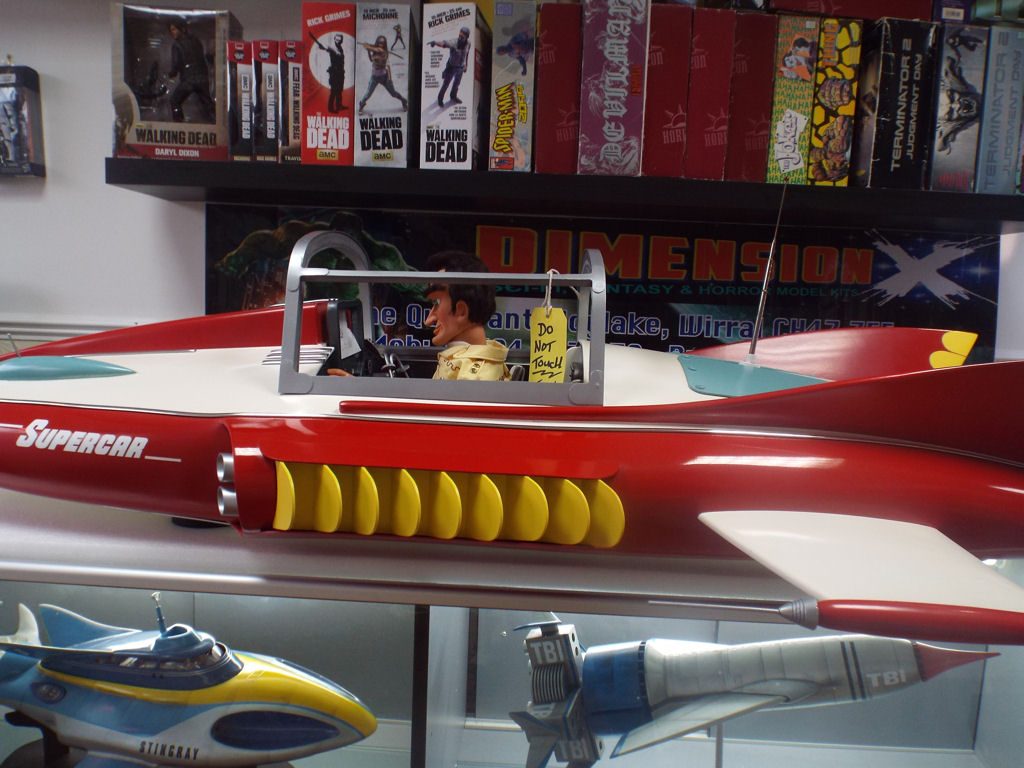 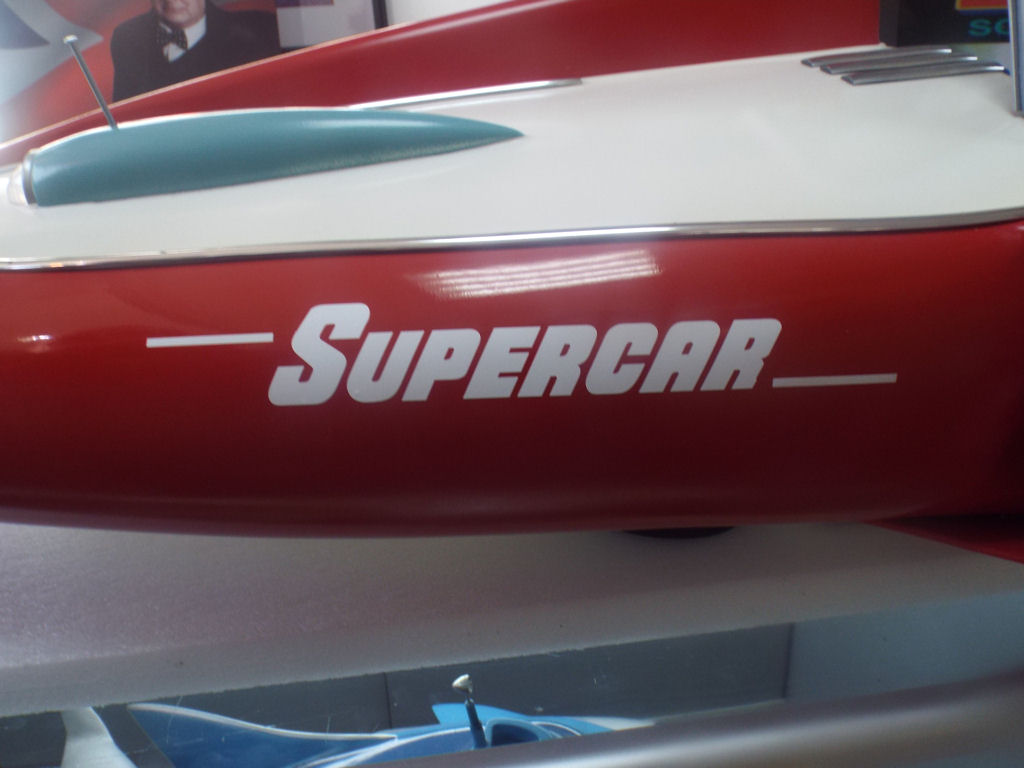 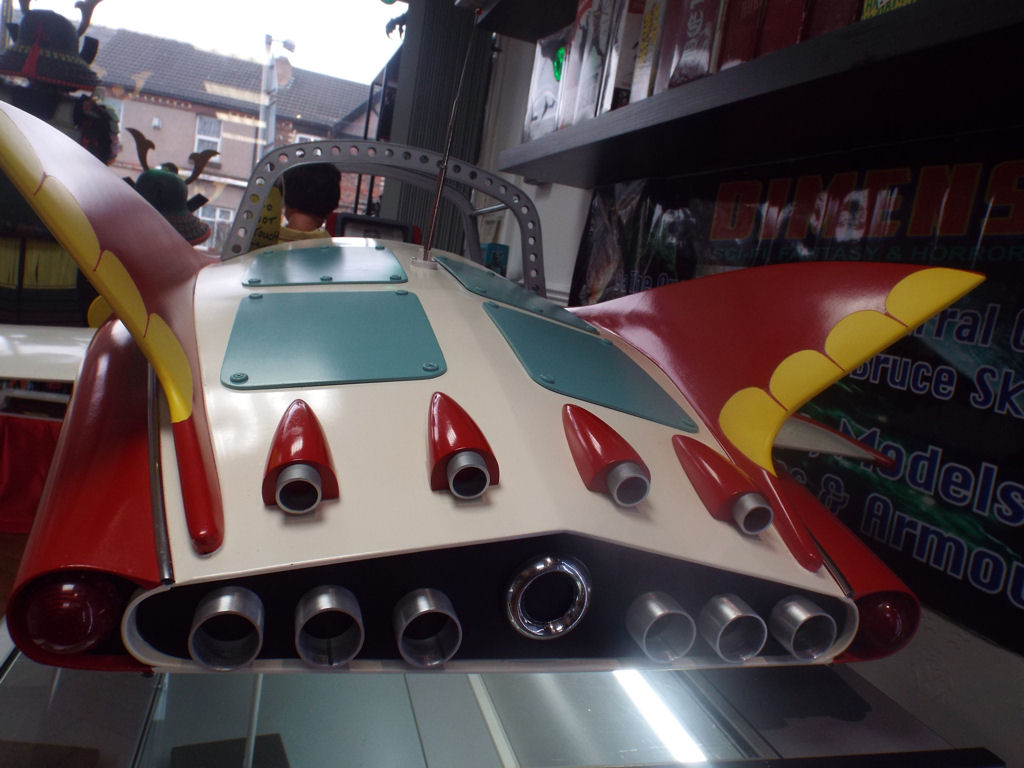 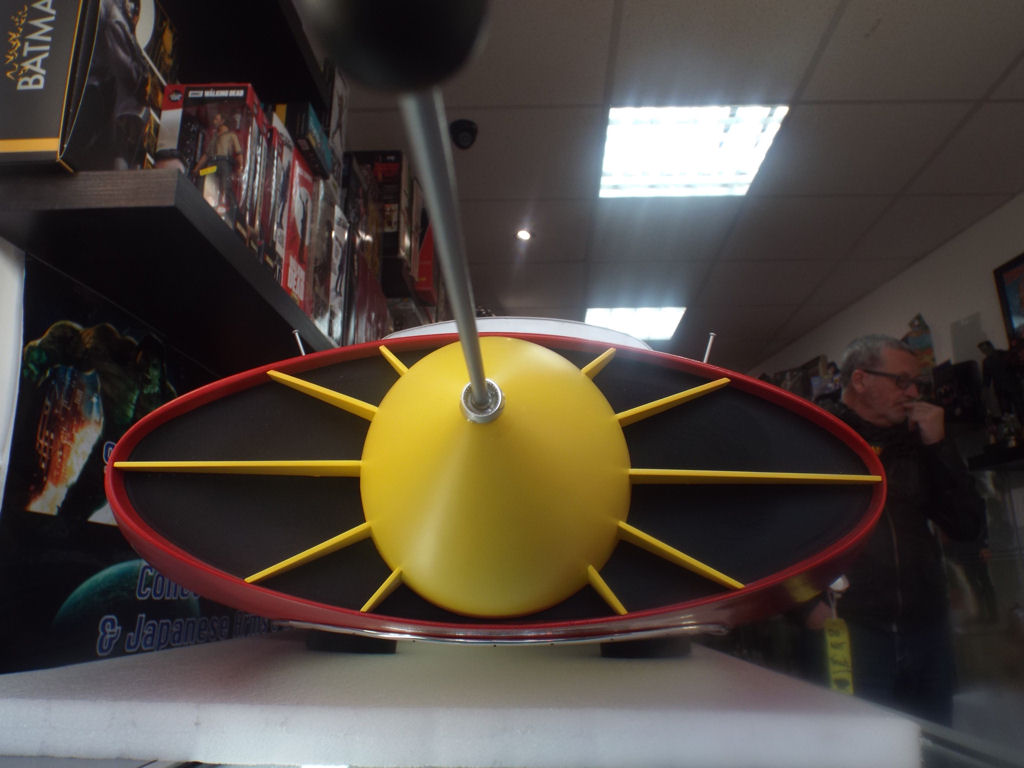 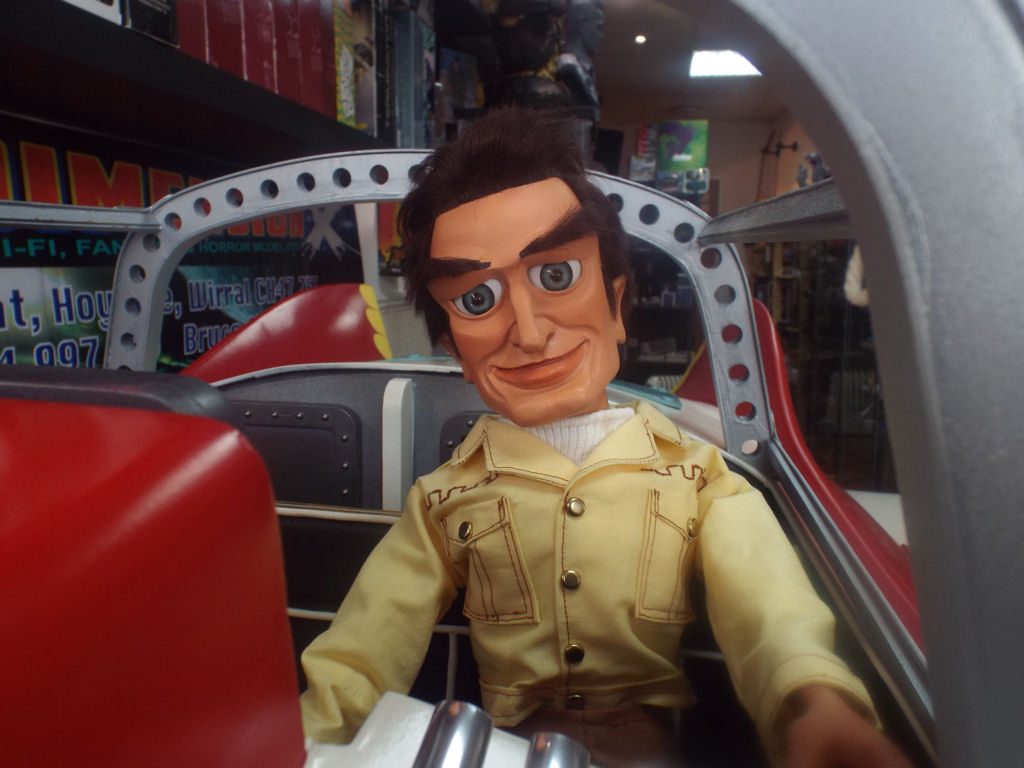 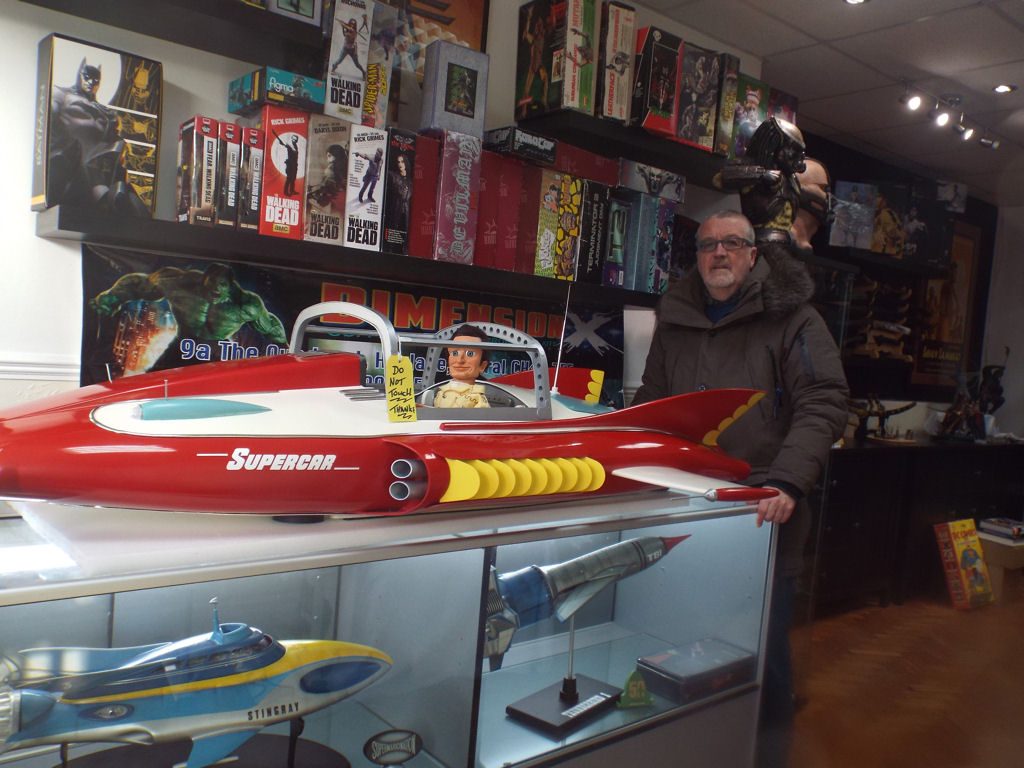 Further Images from Jimbo Solar on Twitter on 7-Dec-2020: 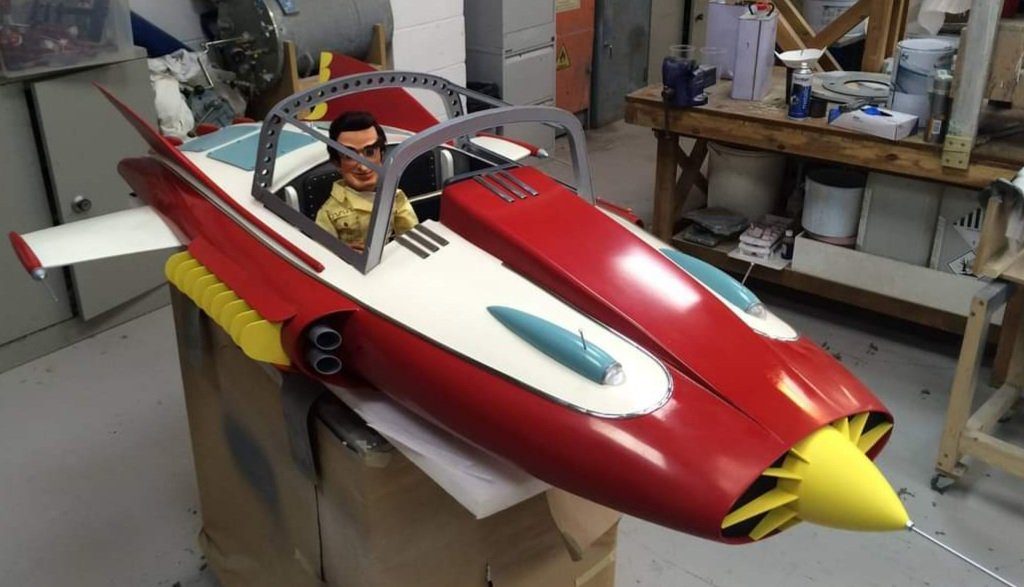 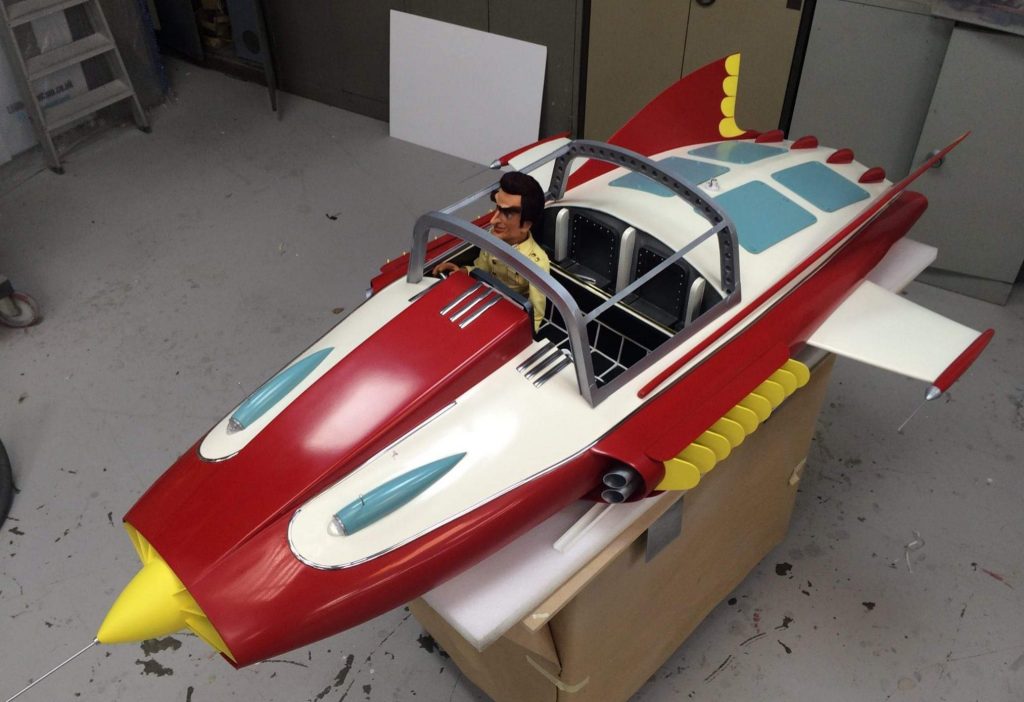 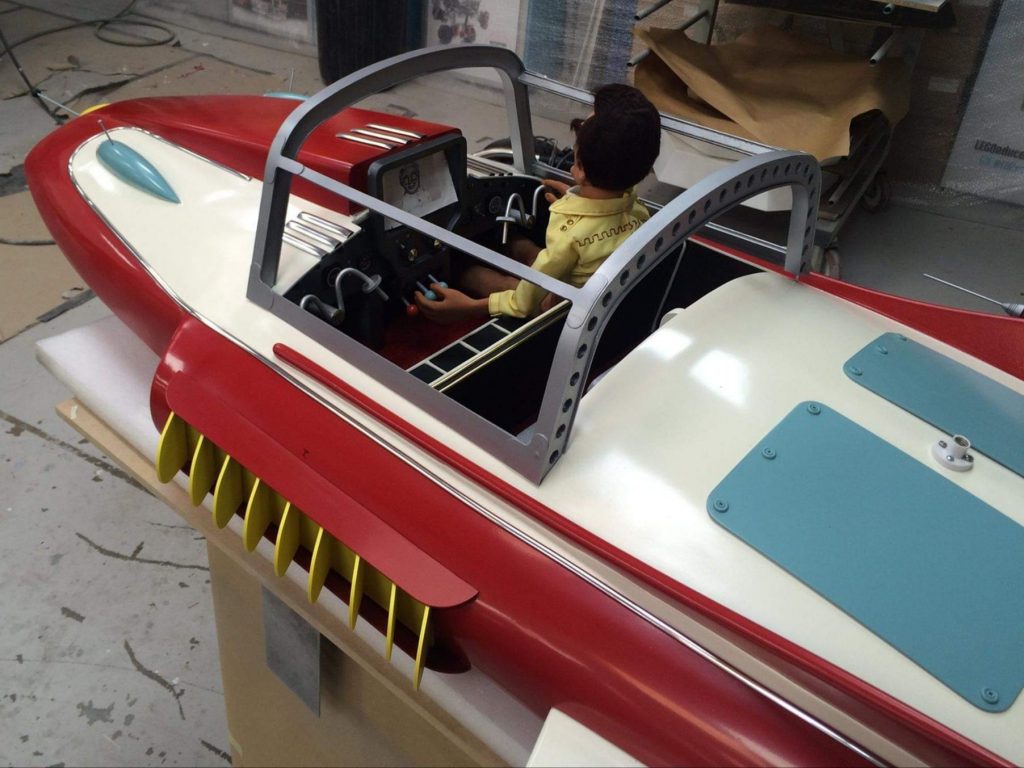 Further Images from Andrew Grimshaw on Facebook from 12th April 2021 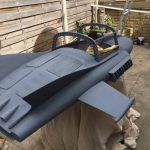 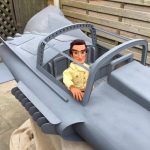 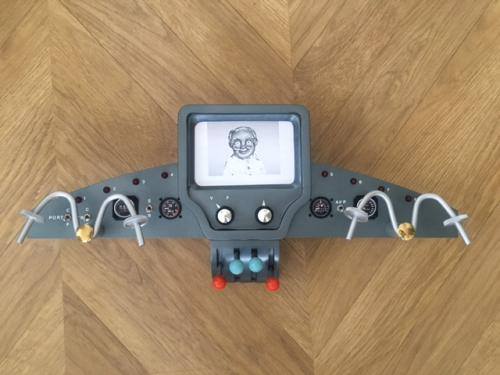 Tweet and images on 7-Aug-2018 by Starrxxfoxx of large scale Supercar model with Martin Bower on board and his 30in. model on the bench behind. It is not clear that he constructed the larger model. More photos of Martin’s 30in. model here. This entry was posted in Supercar and tagged Supercar. Bookmark the permalink.