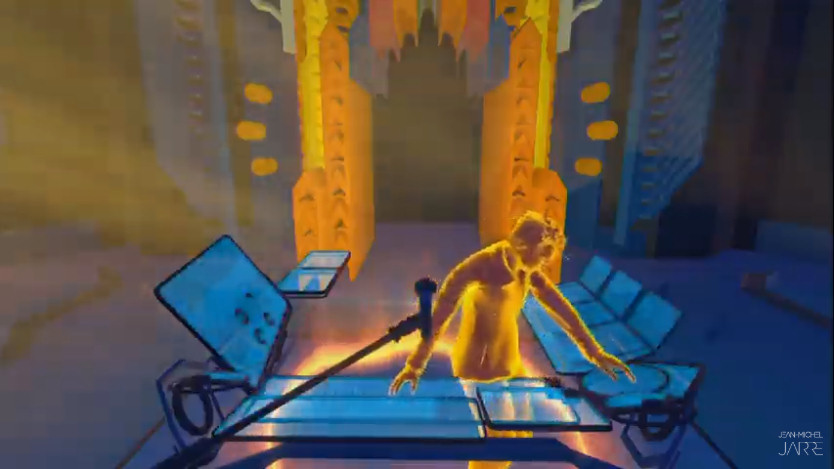 Jean-Michel Jarre and his Avatar engaged in a Live VR performance using the VRChat platform to celebrate Fête de la Musique 2020, June 21st at 21h15 CET. The event took place in the “VRRoom” area of VRChat.

Some notes on the experience… I was using Oculus Rift on Windows 10 with a Xeon processor, 64GB of memory and Nvidia GTX1080 GPU. After the advertised time there was a 15 minute delay before the event started. I monitored a YouTube 2D feed to see when it actually started as that was unclear in VRChat itself. Even after the 9pm CET time at which users were asked to relog to get the performance space build, I had to relog four times to get into an instance where the performance was streaming. Other instances had a few avatars also looking for a live performance area. Jean-Michel’s “avatar” actually appeared as a 2D video projection onto a flat screen behind the synthesizer props in the shared spaces for attendees… with about 20 to 30 people in each shard. The instance crashed once and required a restart and reenter via the arrival lobby and entry stairs again. The sound was fine when in a proper live instance, though avatar to avatar chat was audible over the performance, and would need individual avatar muting to supress it. A way to supress all “attendee” avatar chat and still have the performance stream audible, perhaps on a separate easily clickable button, would make sense in such performances. There were interesting visual effects like swirls of the field of view, projections, warp effects, etc. These were all clearly displayed in the VR Headset. 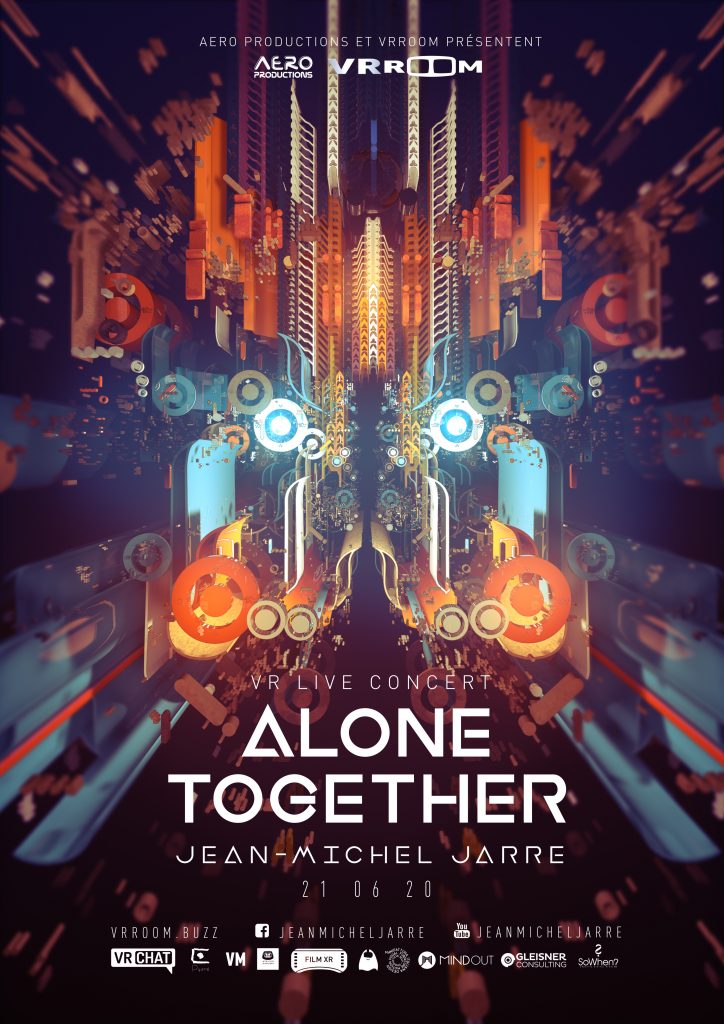 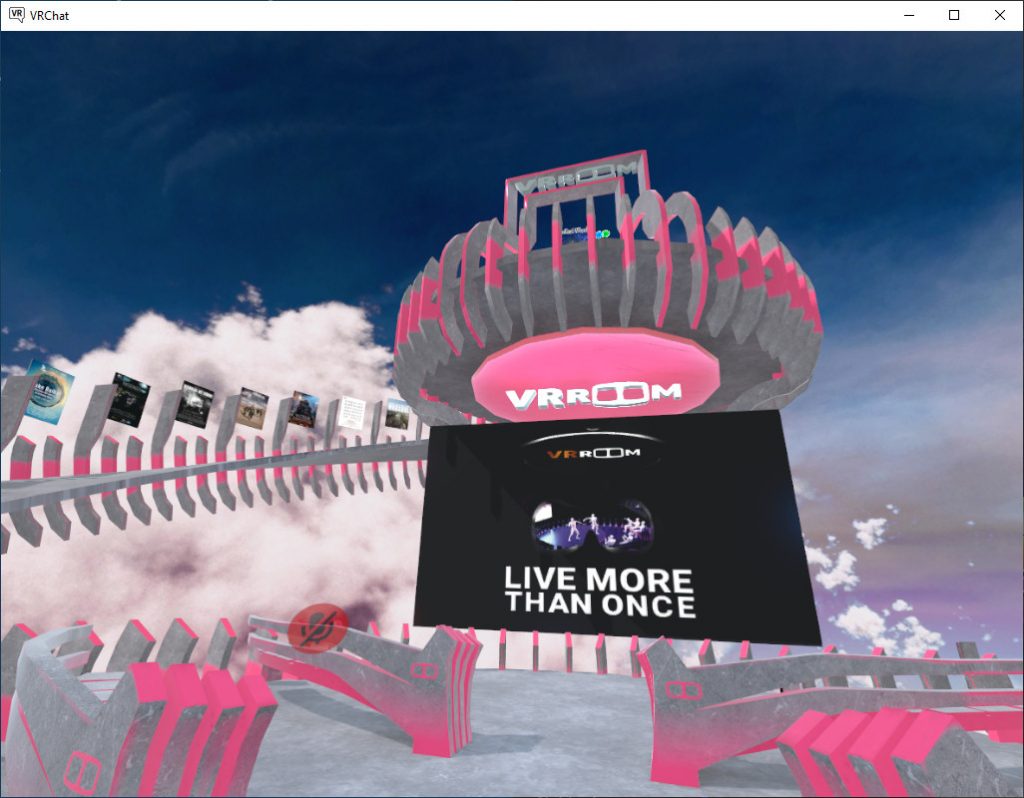 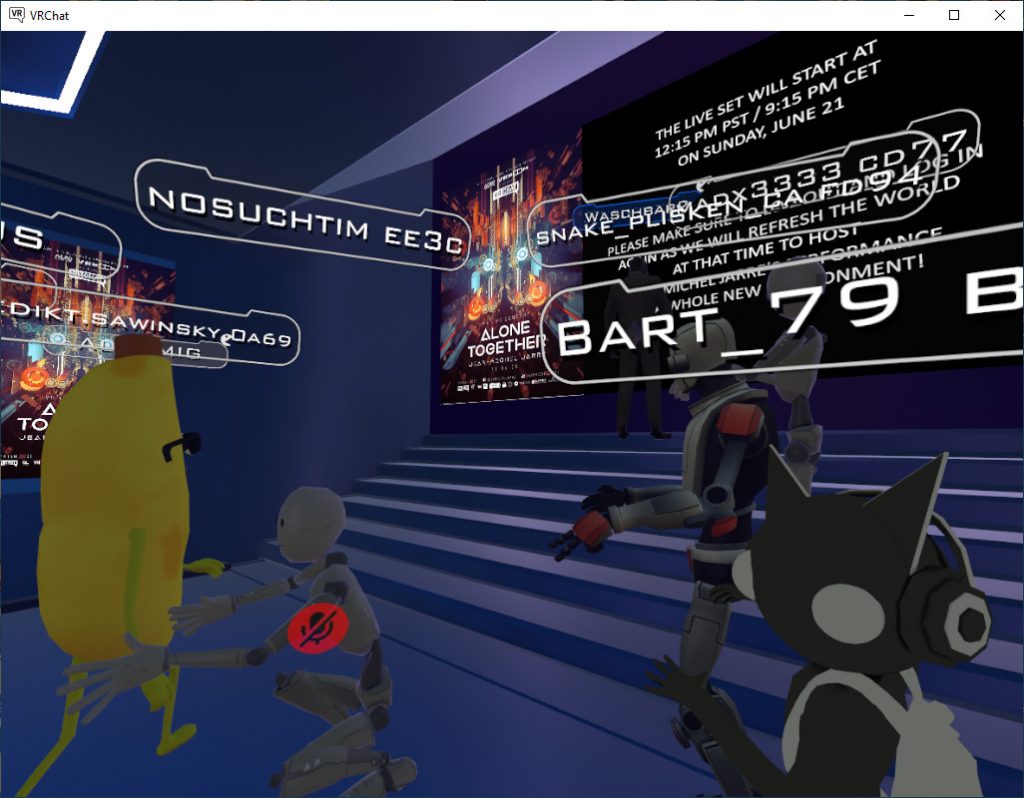 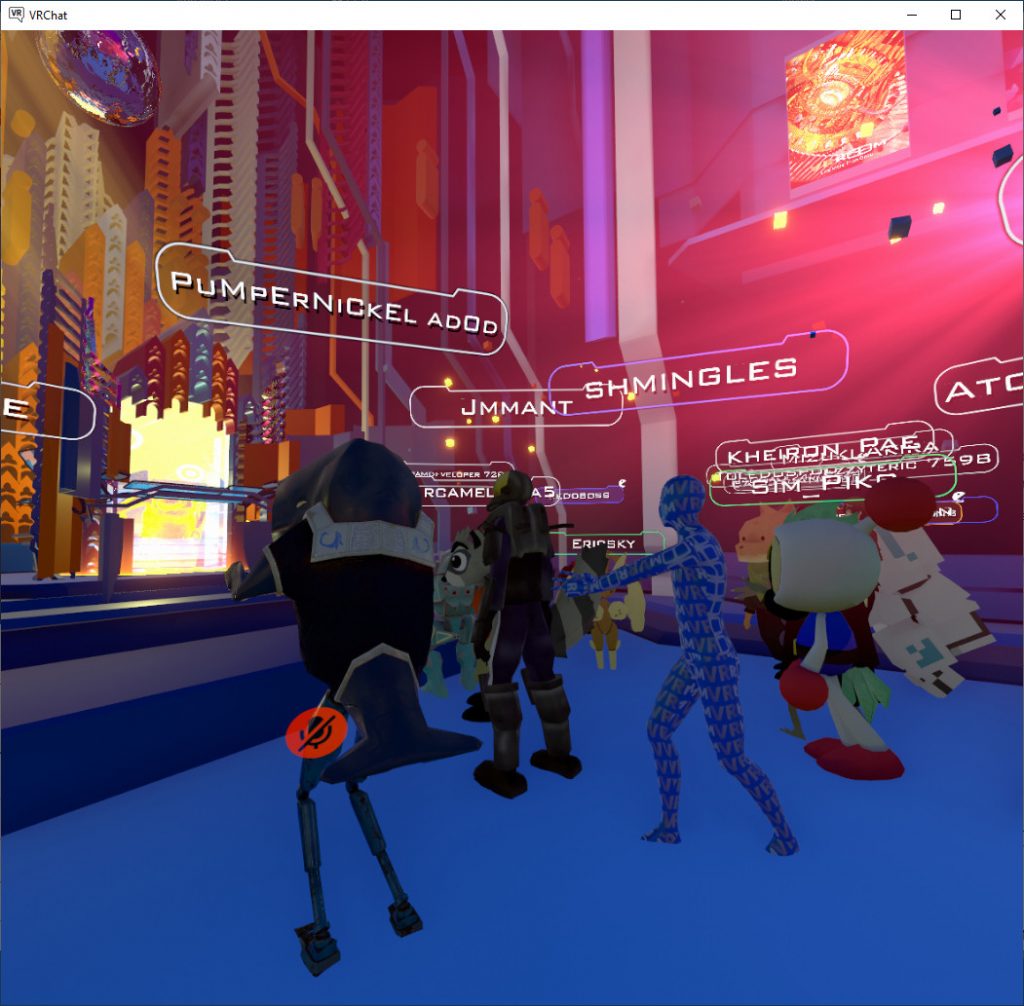 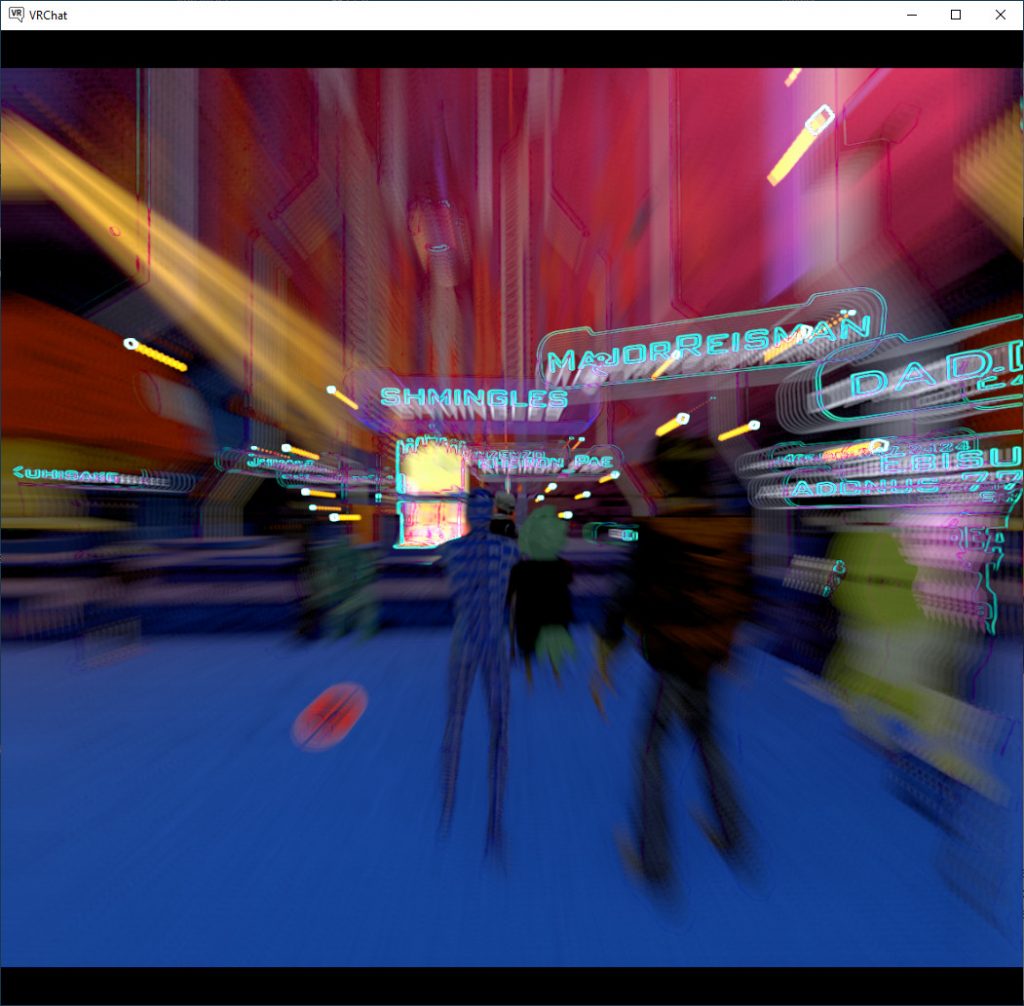