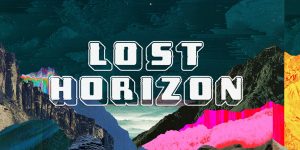 Lost Horizon has been created by the team behind Glastonbury’s Shangri-La festival within a festival, and in conjunction with VRJAM and Sansar to be “the world’s largest independent music and arts festival in virtual reality”. Lost Horizon is a REAL festival in a virtual world. A fully interactive and multi-stage event to explore… raising money for The Big Issue and Amnesty International”. 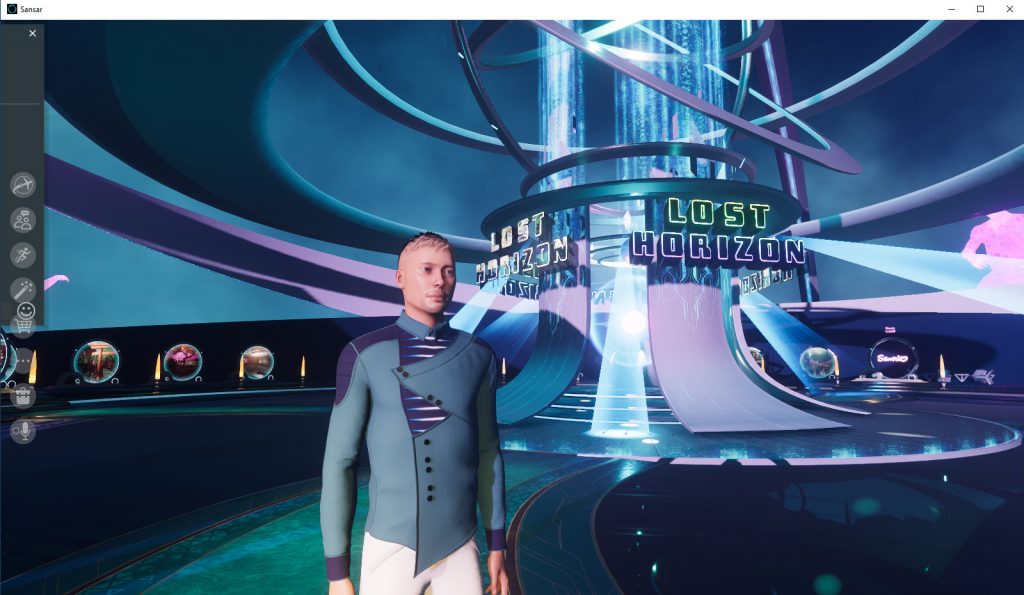 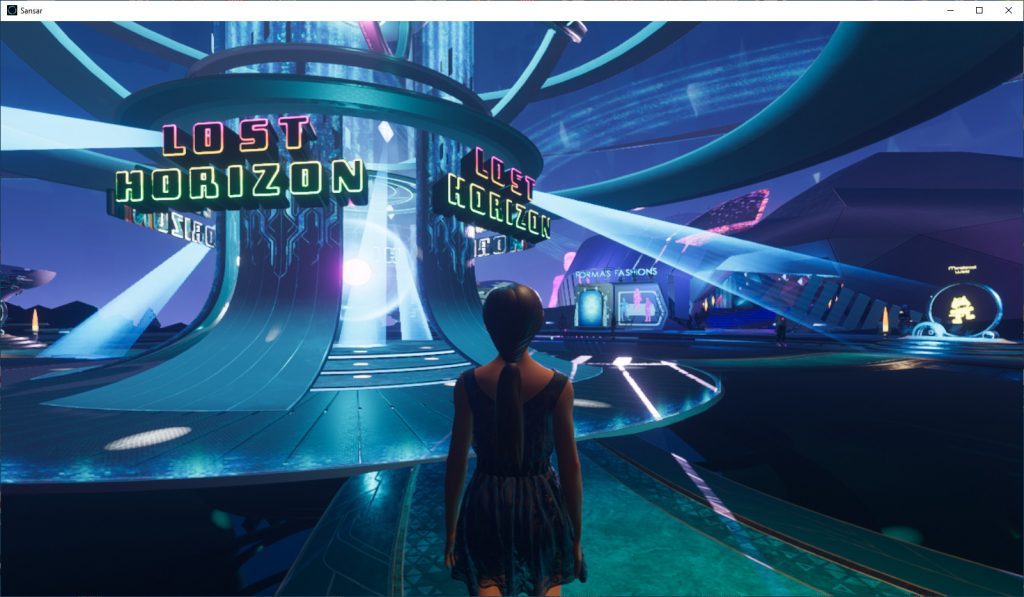 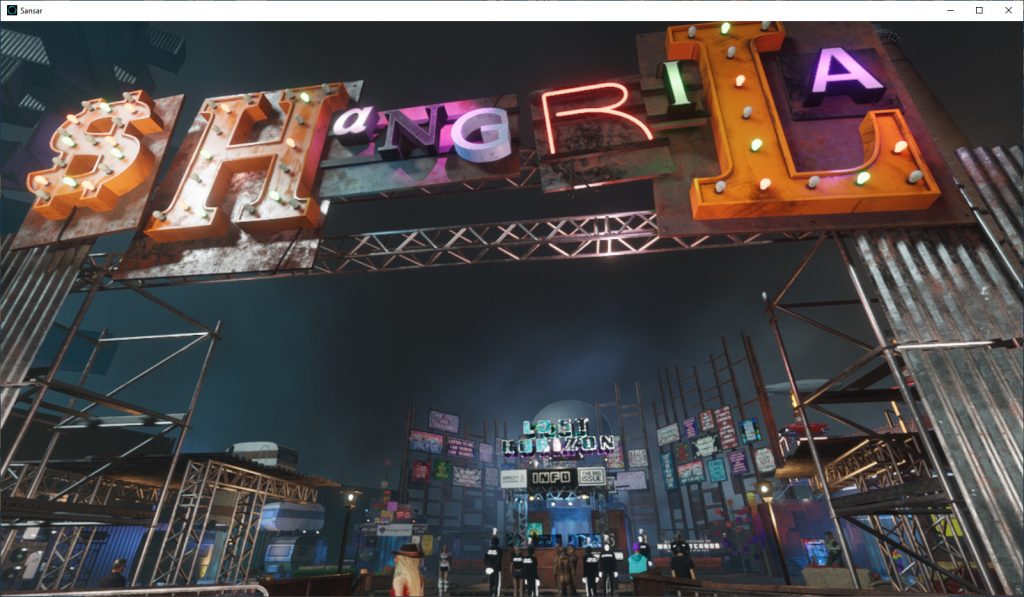 The Tech: I was using Oculus Rift via Sansar to attend the festival. Access worked quickly and without glitches. After arrival at the ShangriLa entry portal, there were teleport portals to the four stages (Gas Tower, Freedom, Nomad and SHITV) and the Art festival area. The performers looked like they were performing against a green screen so they could be placed into the stage area of each performance space, and appeared as 2D video streams on stage. The stage area was unreachable by users so the illusion was maintained. 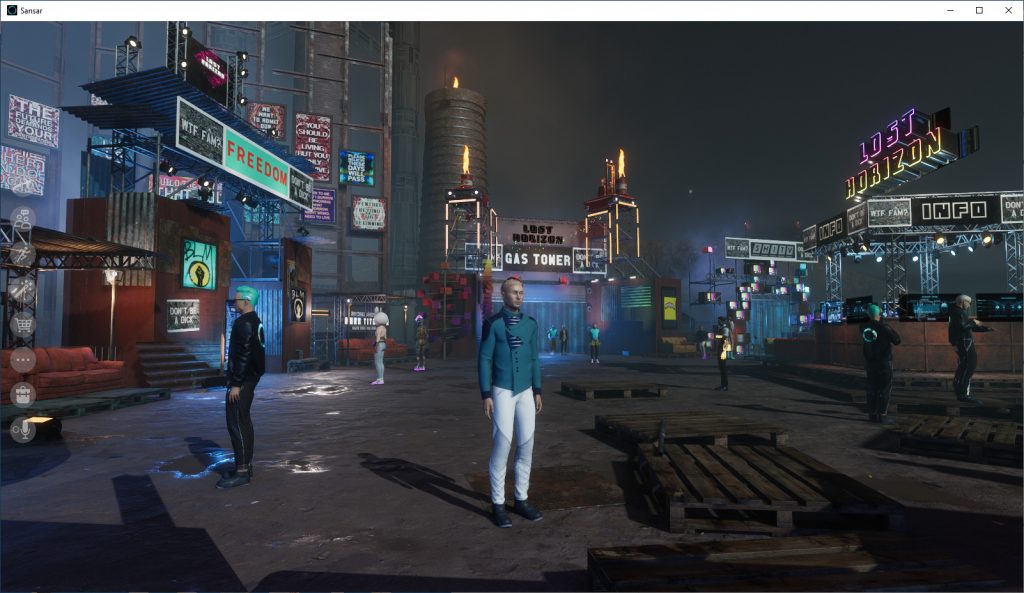 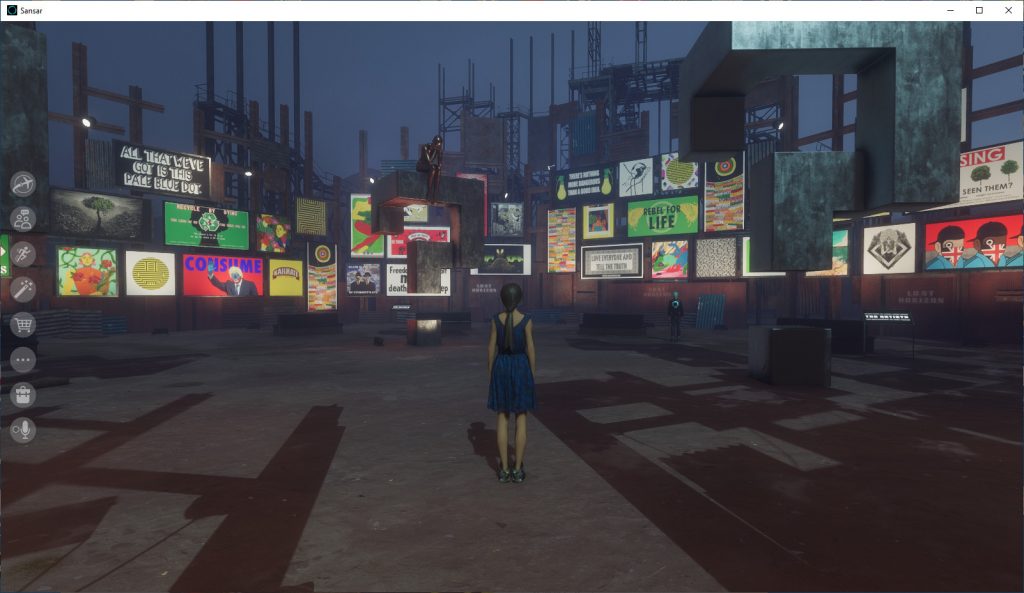 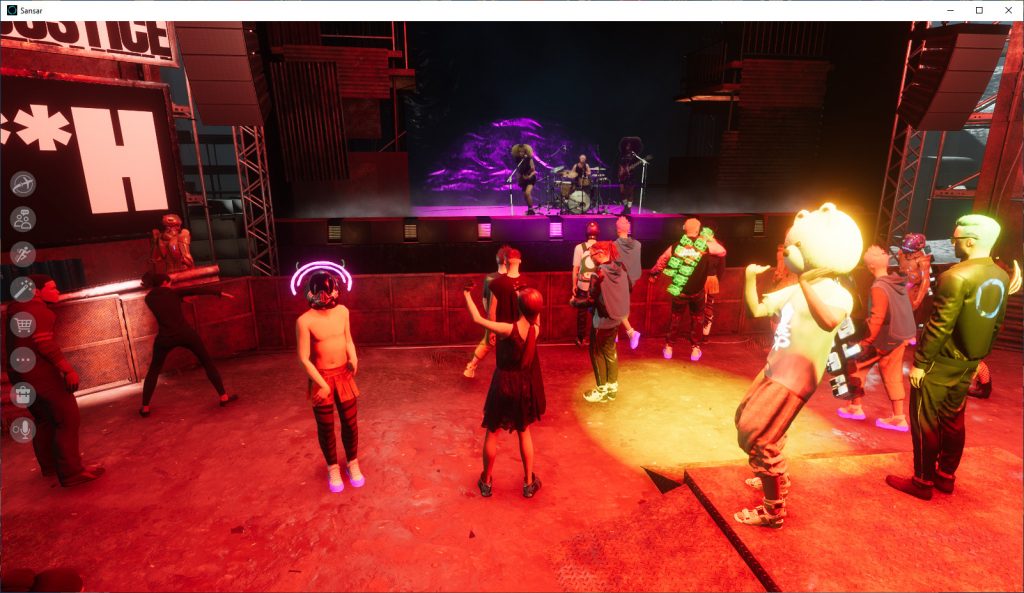 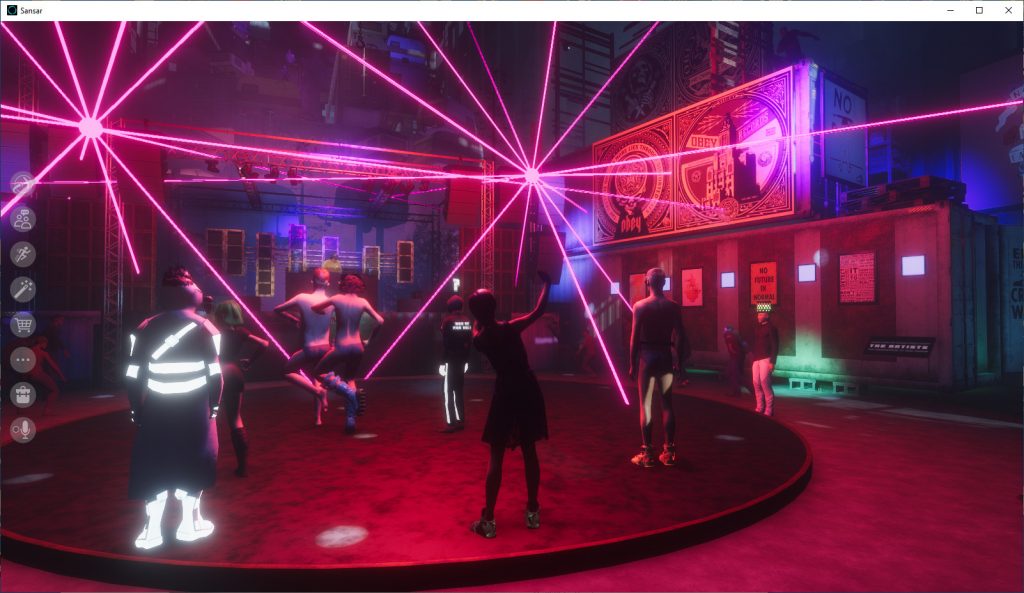 On entry through the portals to each stage or experience the user was placed in a sharded version of the experience. Users will normally end up in an arbitrary shard. Each shard had a Sansar official helper who was there to answer questions in chat (nice feature), a different official in each shard as far as I could see. There were perhaps 40 to 60 avatars in each experience, though a lot of NPCs were scattered around to make it look much busier. Voice was active in each shard so people could chat (or shout) over the music. Emotes can be used for dancing animations. The entry area can be bookmarked as a “Favourite” location, and if selected prior to teleport, the “instances” available can be listed along with the number of avatars in each, prior to selecting a specific one to enter. The specific instance URL can be shared with friends to let them join you without ending up in a separate shard. 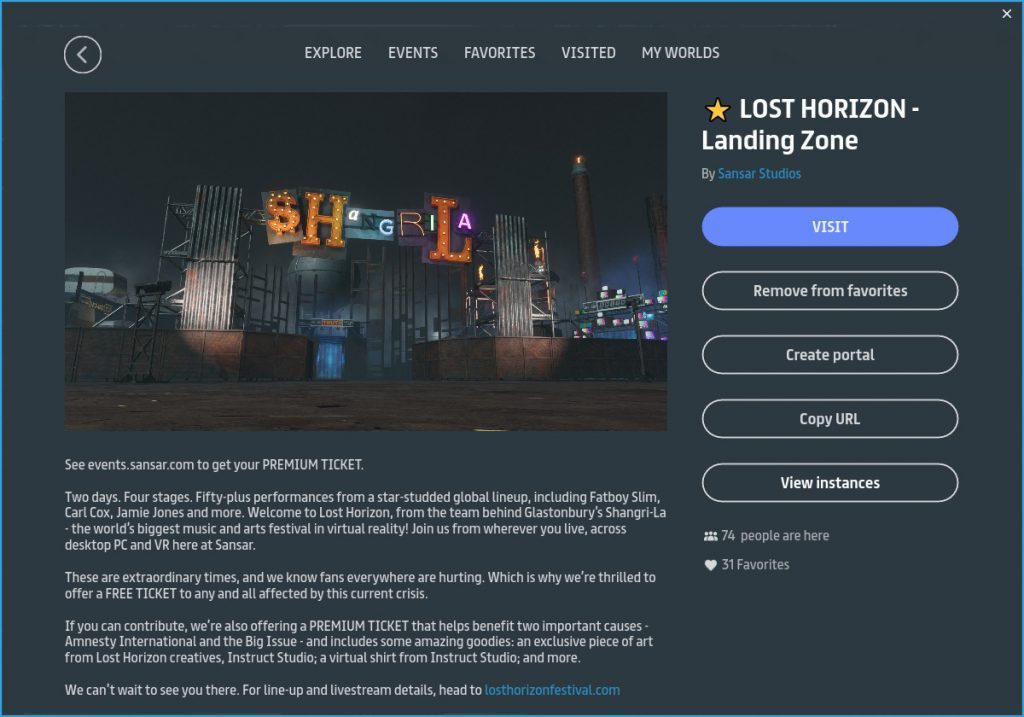 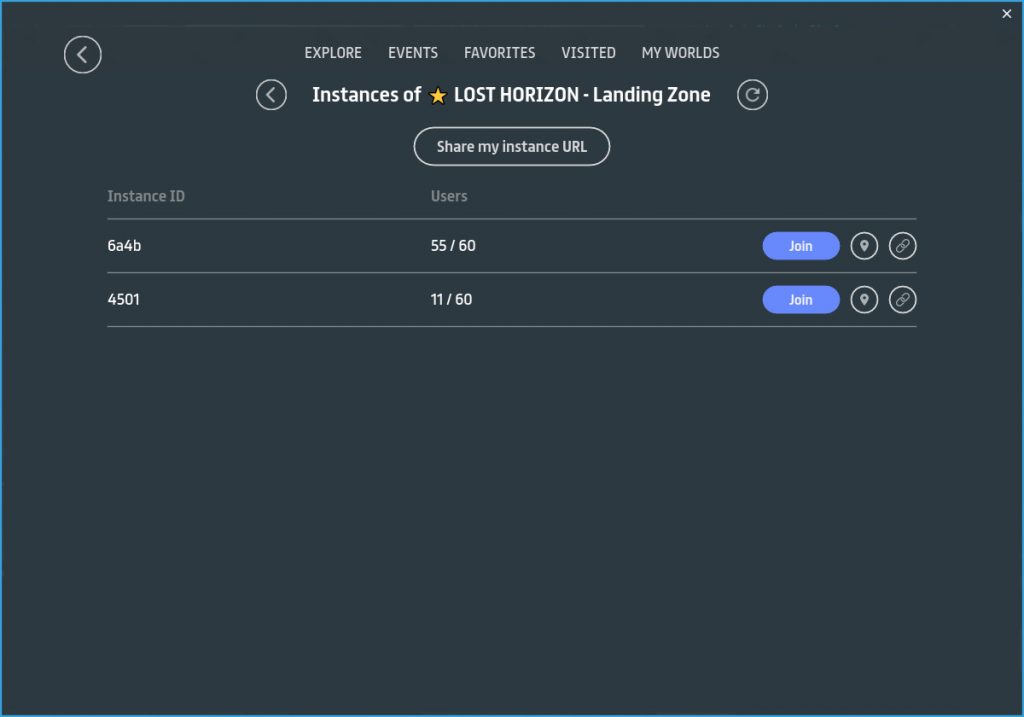 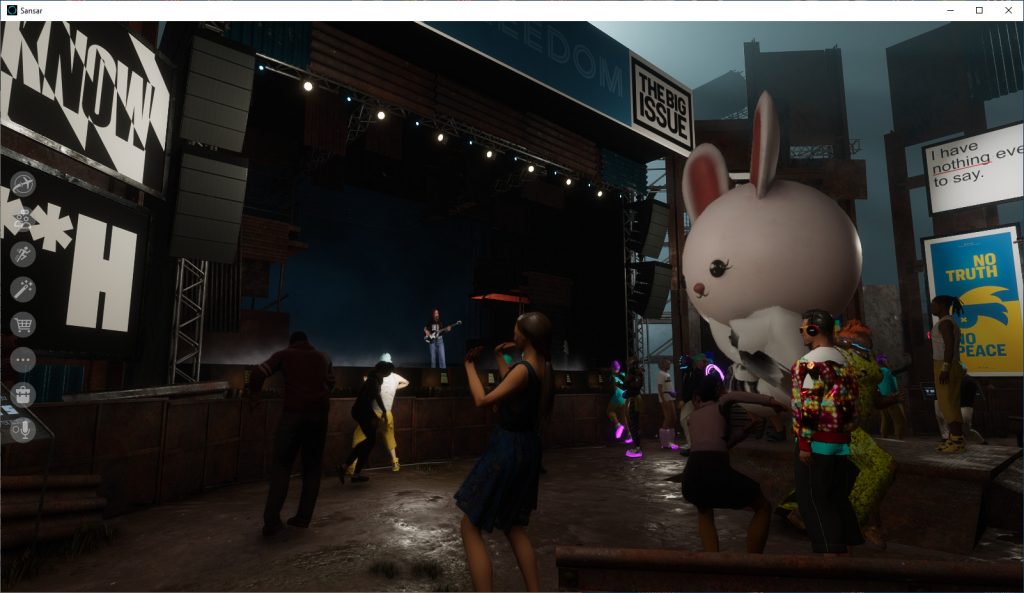 The festival continues to work really well. It may be worth noting that larger performing groups need to be careful they don’t step outside the field of viewer before their green screen. Make some marks on the flor for the area covered by the camera. Otherwise the outermost performers can get clipped by the edge of the frame breaking the immersive effect, which is otherwise good, so long as you don’t get close to the stage and loom from one extreme side at an angle. Then the performers can look a bit flat 🙂 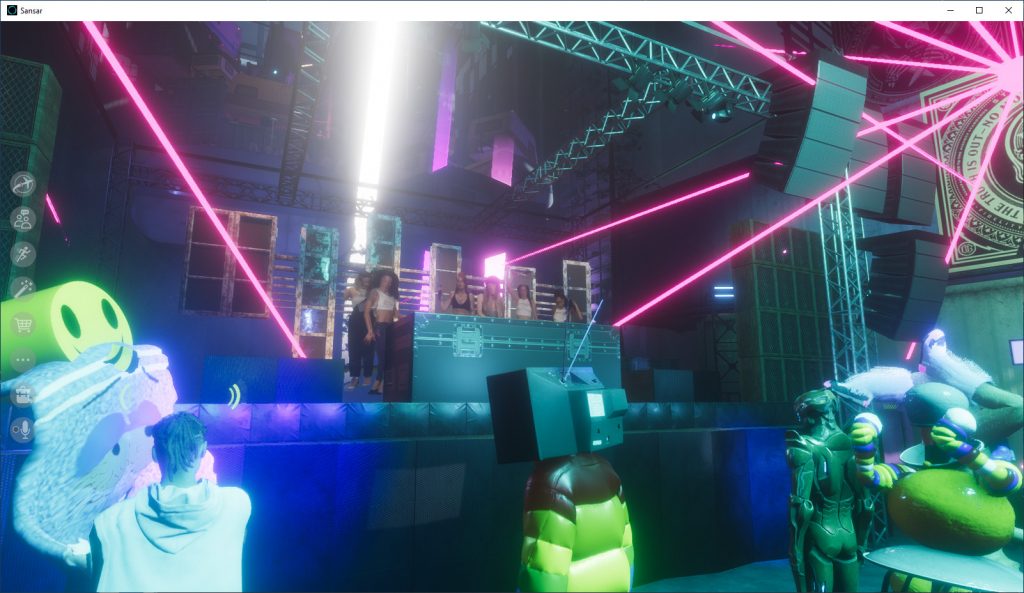 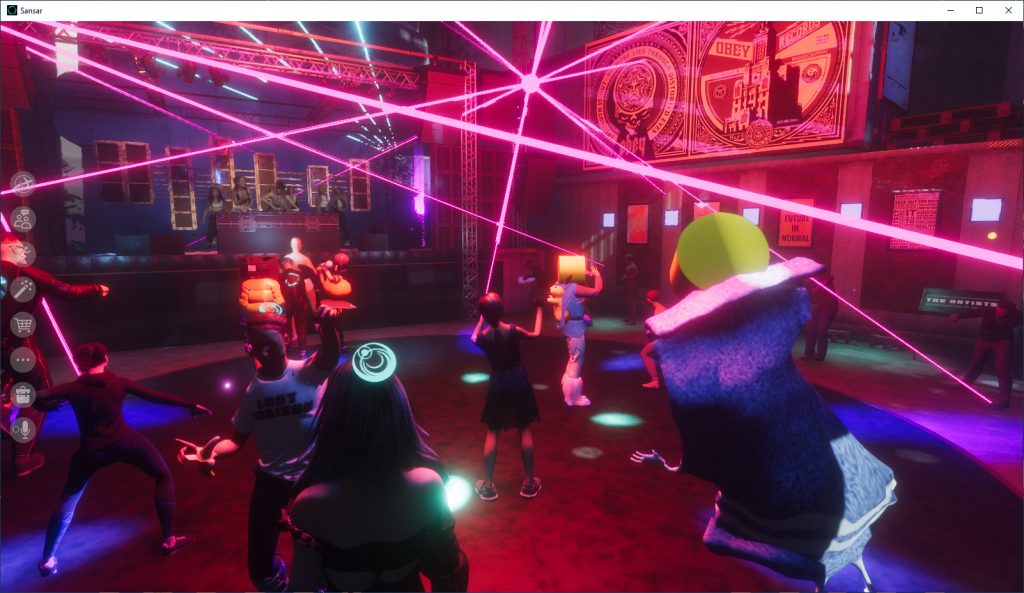 It is also nice that the community is not so large that you are likely to bump into old friends from Sansar, Second Life or OpenSim, which enhances the community festival experience. 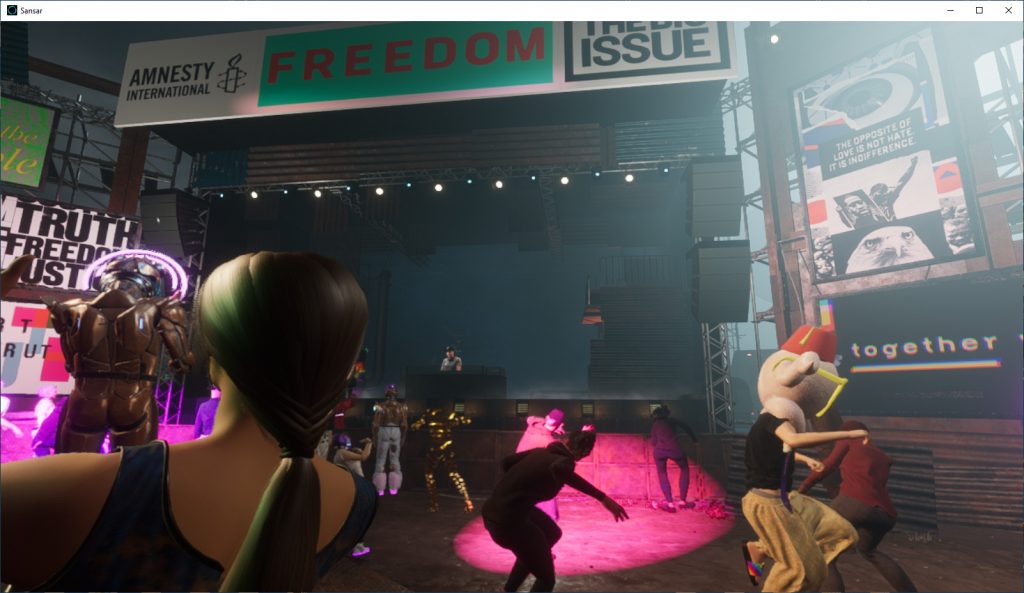 One Response to Lost Horizon – Music Festival in VR