Mick Imrie created a detailed Supercar 3D model in Cinema4D back in 1998-1999 and this has been used as the basis for many ports to other 3D modelling tools, game platforms, flight and space simulators and virtual worlds platforms since then. See http://www.aiai.ed.ac.uk/~bat/GA/supercar-3d.html.

Mick has now begun the creation of a new Supercar model taking on board experience gained. As previously, the reference point is the puppet-scale studio model. [There also was a mid-sized model and a smaller “flight” model details of which differed from the puppet-scale model.]

Mick is posting about the new model on the EagleTransporter British SciFi web site.

Supercar was created by A.P. Film Studios in association with ITC (now ITC Studios). Supercar 3D Model by Mick Imrie with technical assistance from Austin Tate. Original Supercar designed by Reg Hill of A.P. Films. This is fan produced material to promote the shows of Gerry Anderson and provided for your enjoyment, and should not be used for any commercial purpose. Mick aims to make the Supercar models available to others.

The new model accounts for some of the following inputs: 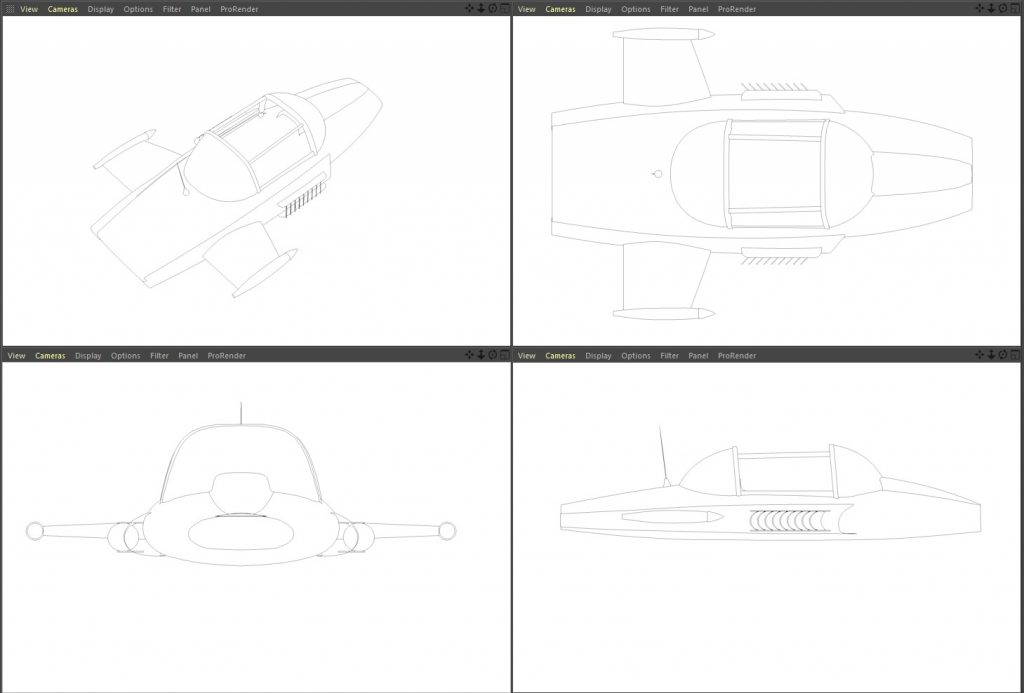 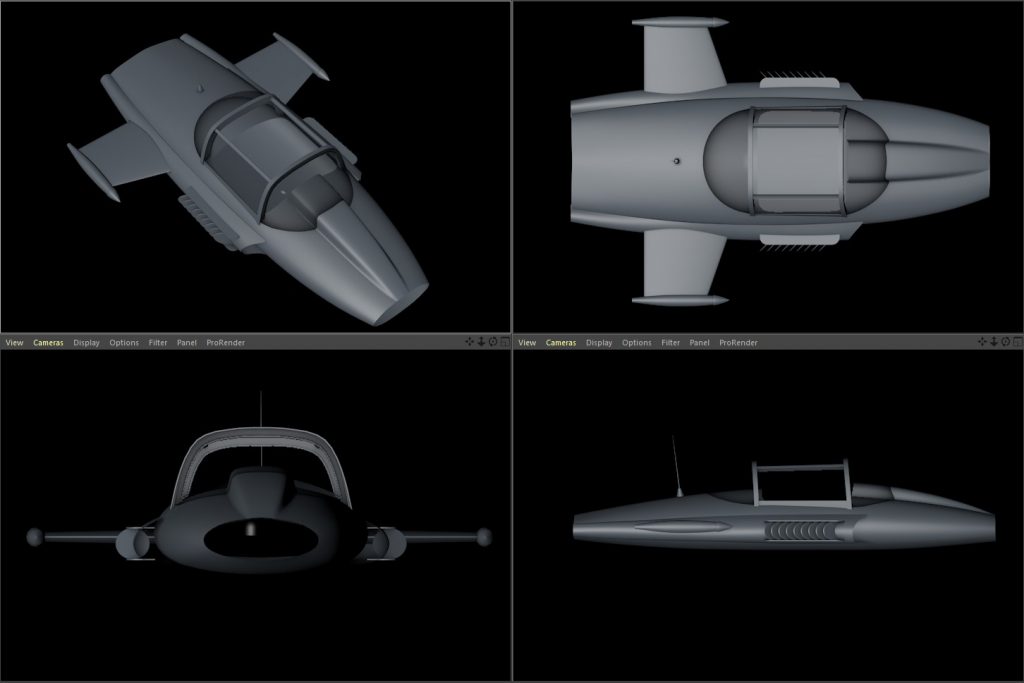 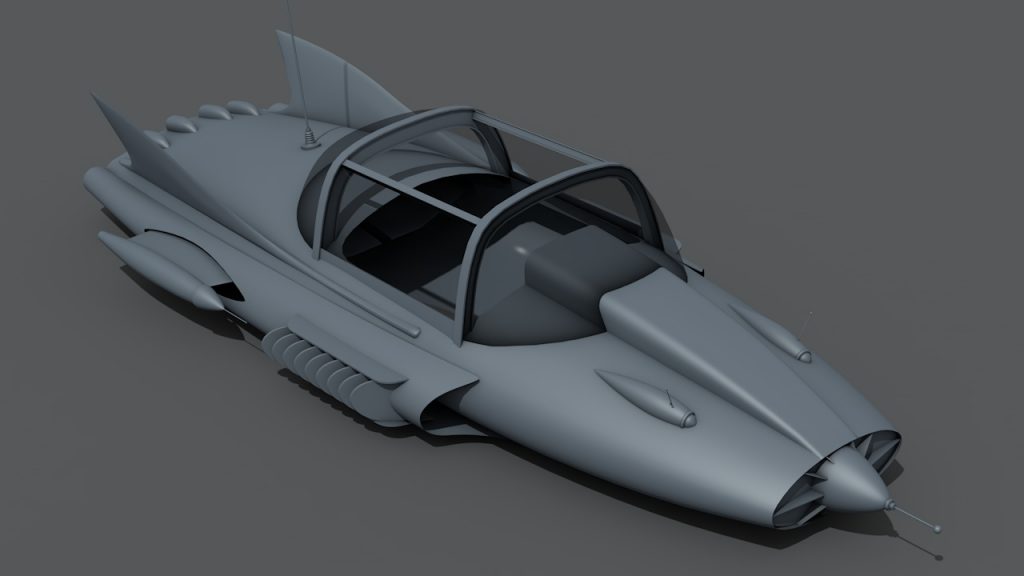 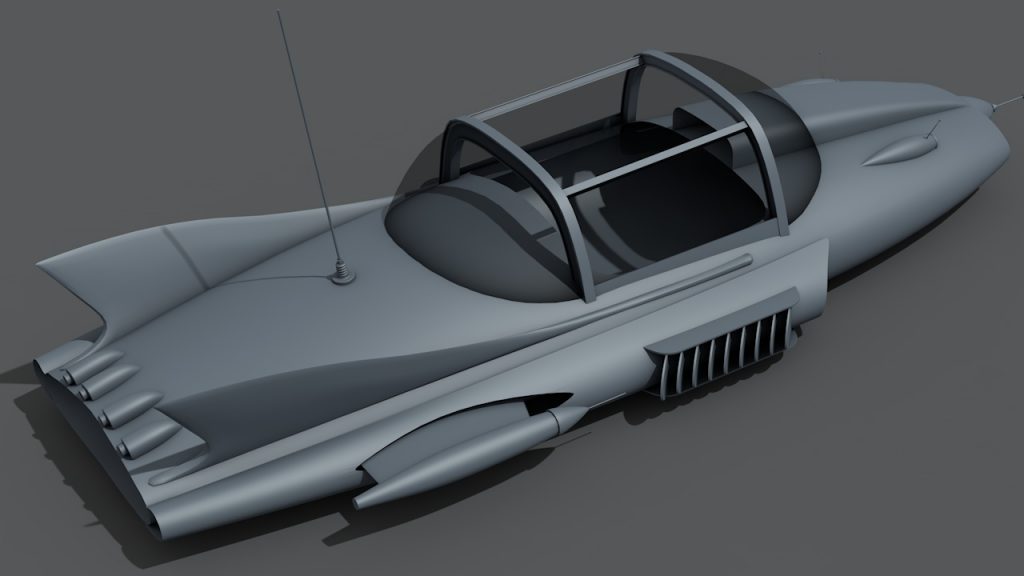 Model and Initial Texturing as at 1-Mar-2021 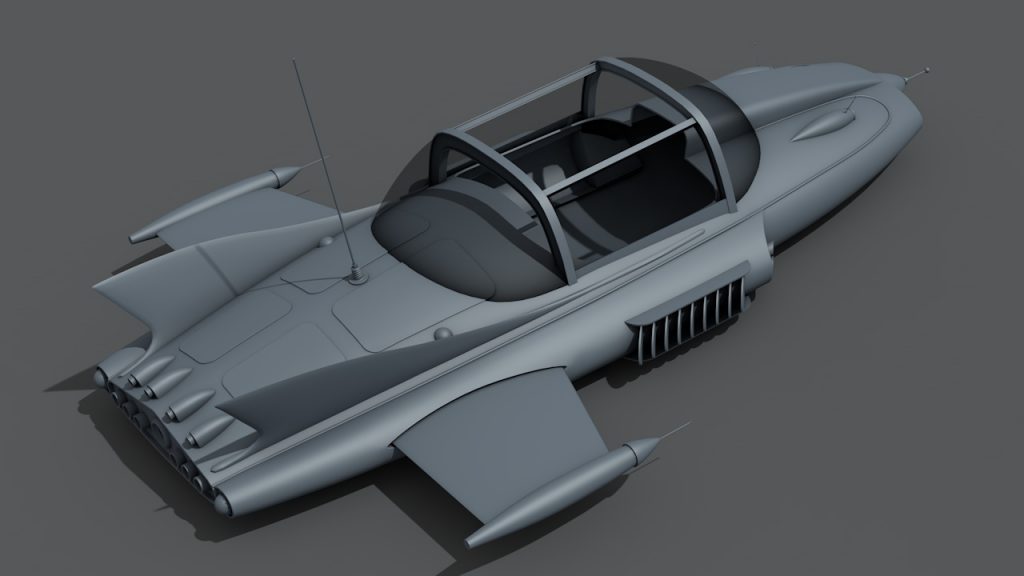 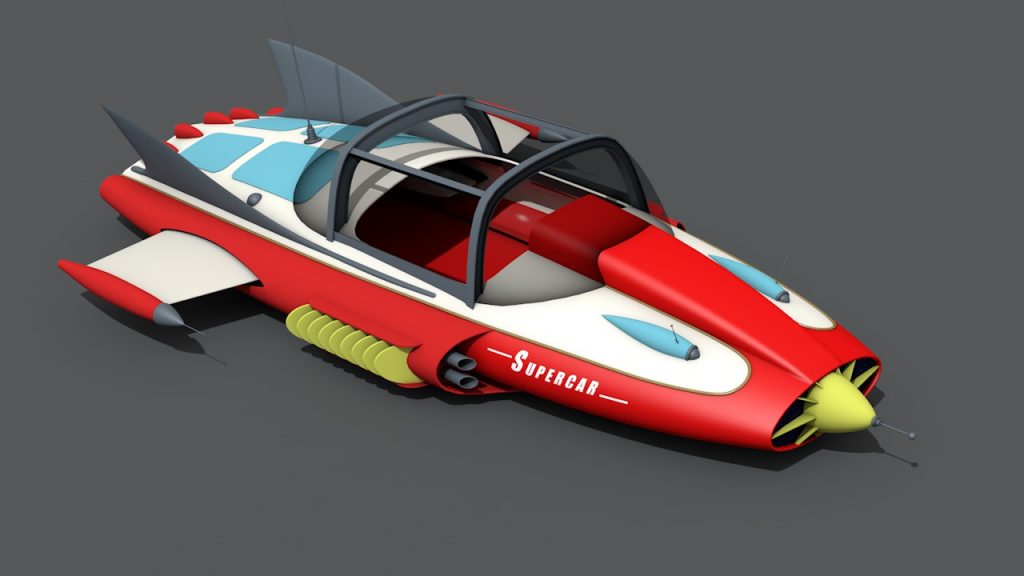 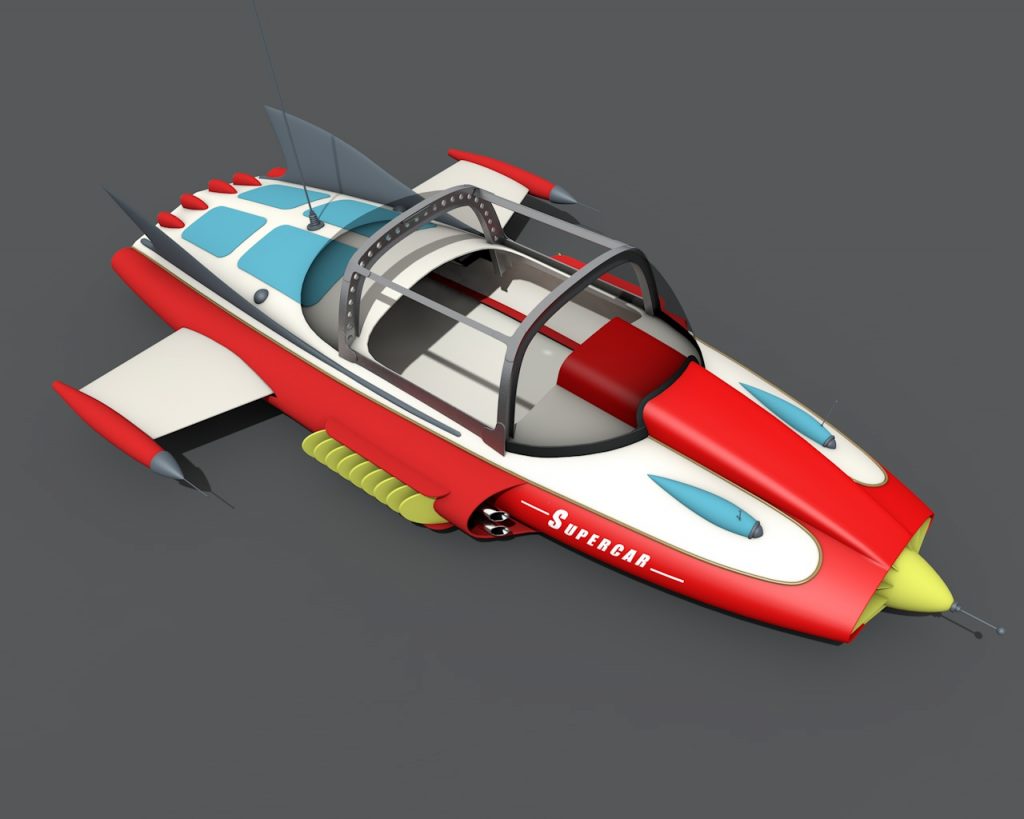 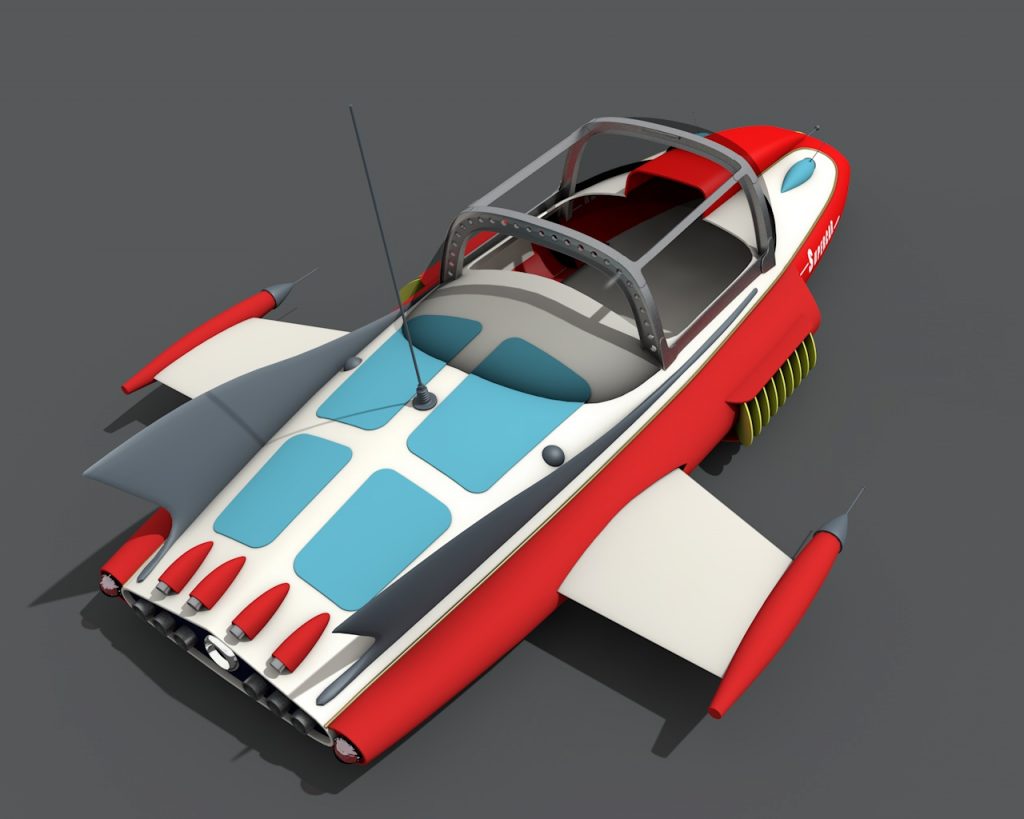 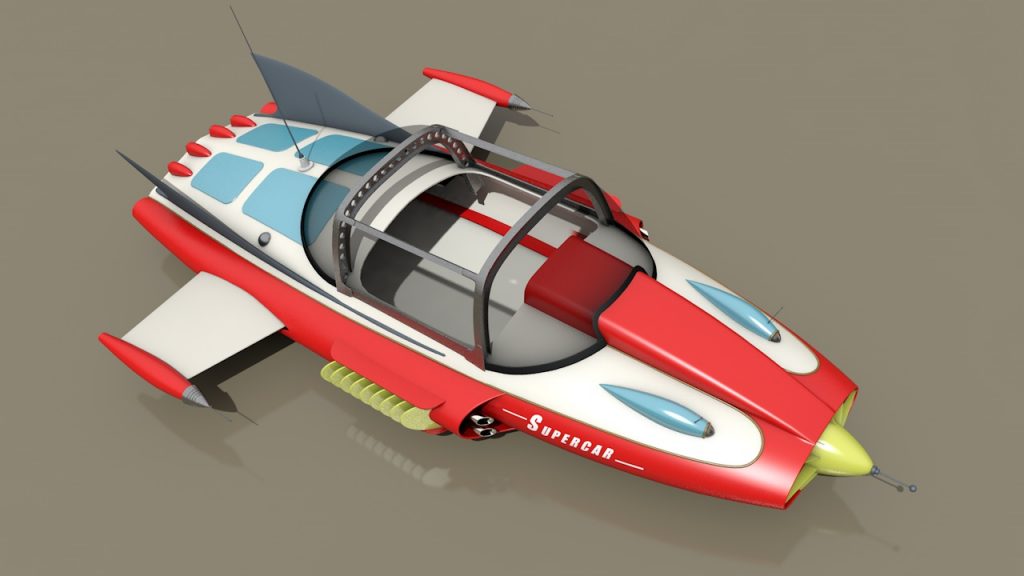 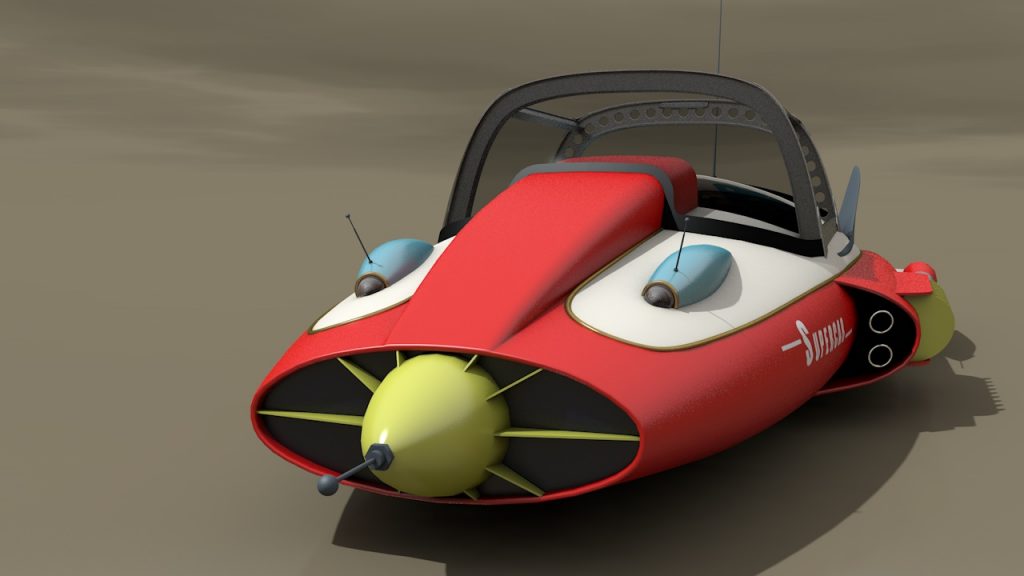 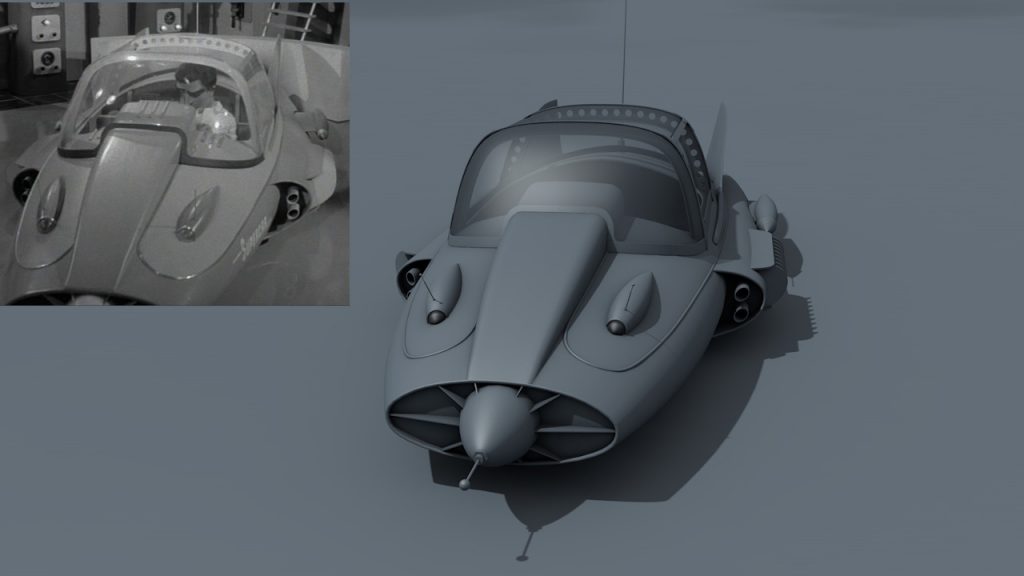 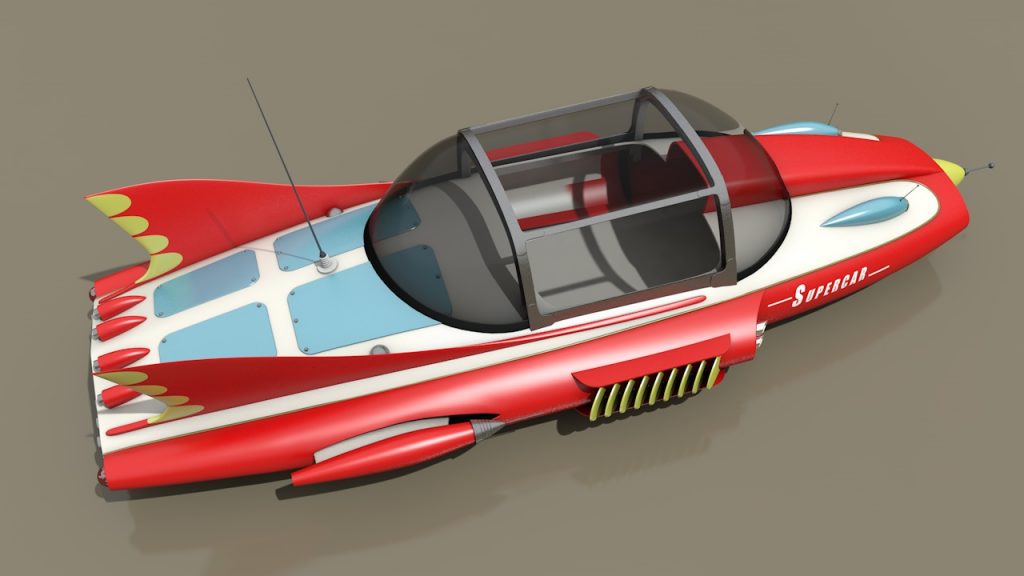 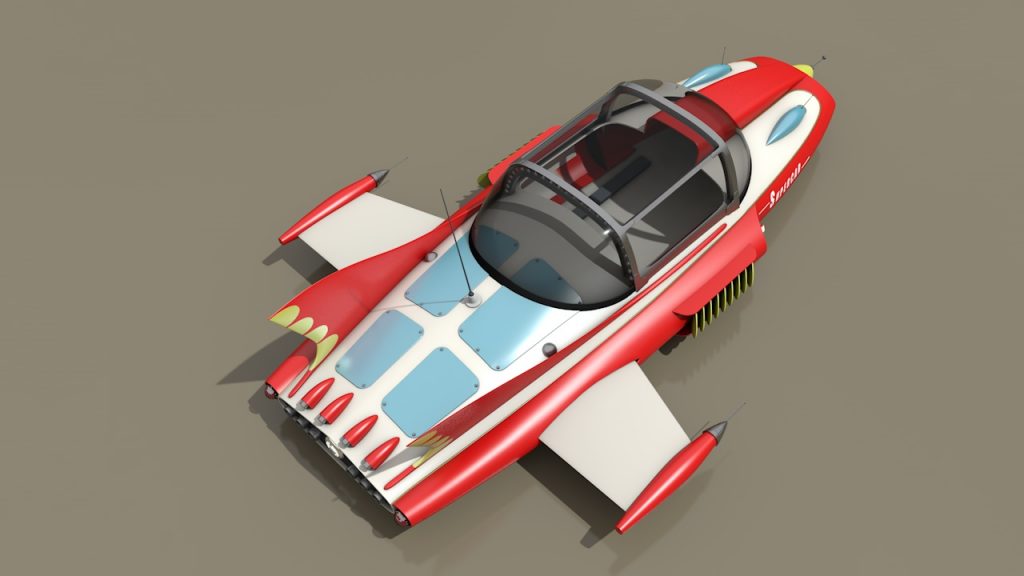 Mick has put quite a bit of work into getting the canopy structure to better reflect the Supercar puppet-scale studio model. This includes adding the small canopy top piece support block on the rear framework, and making the holes in that part more accurate. 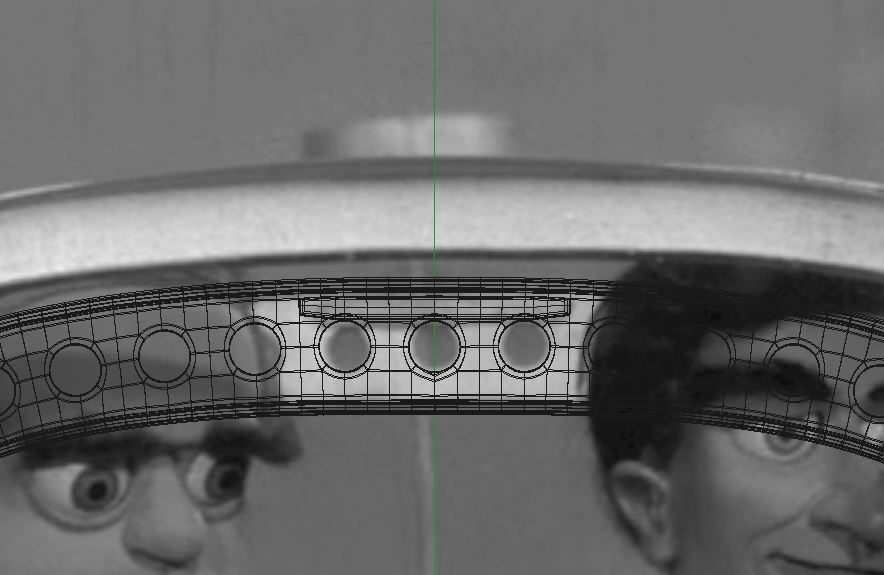 Details of the cockpit interior are to be improved. The front bench seat piping, trim on the top of the back (based on “Hidem Banding”) and the seat base shaping and upholstery buttons are all to be improved. 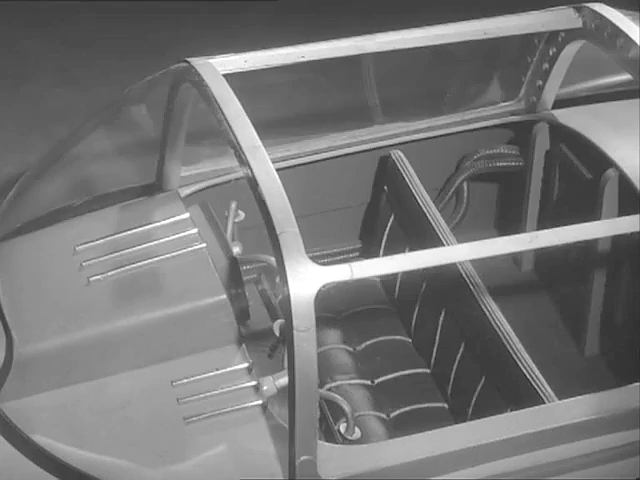 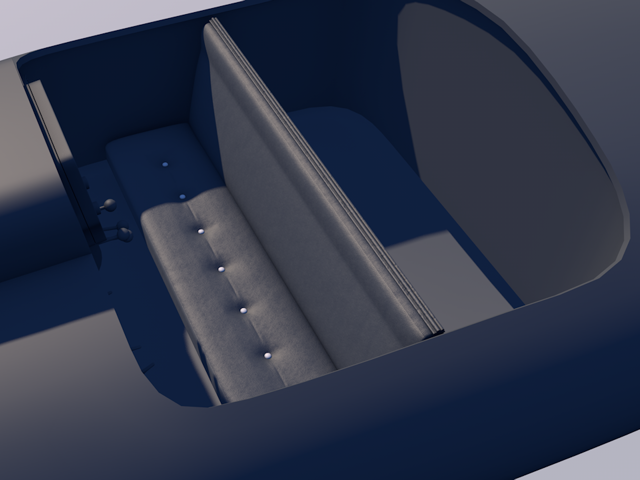 Mick found that many of the instruments used appear to come from the cockpit of the Gloster Meteor NF12.

My own notes on the dash and the instruments that appear is in this diagram. 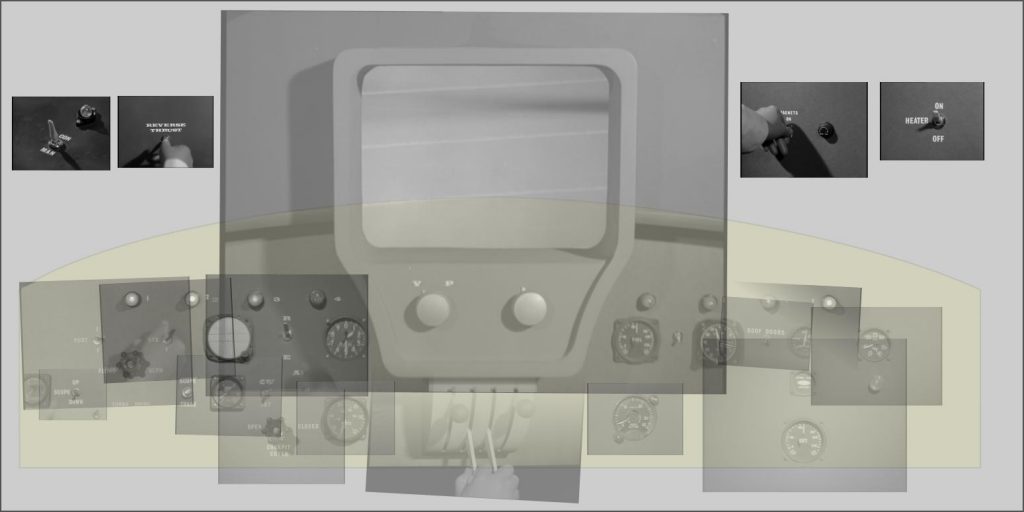 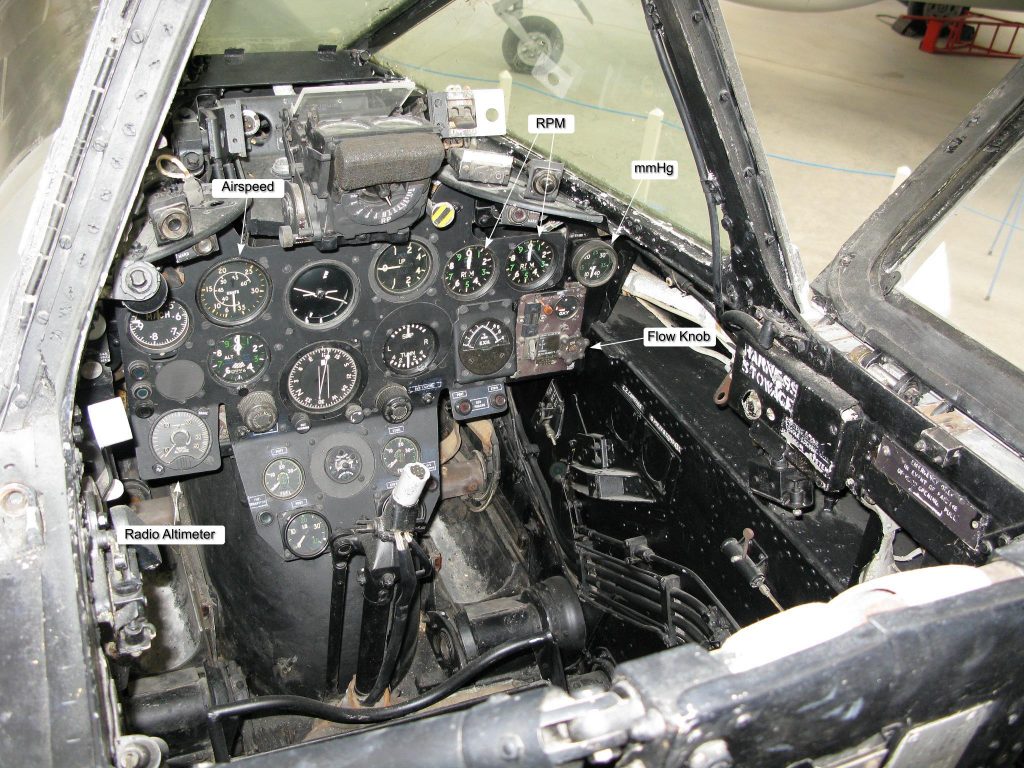 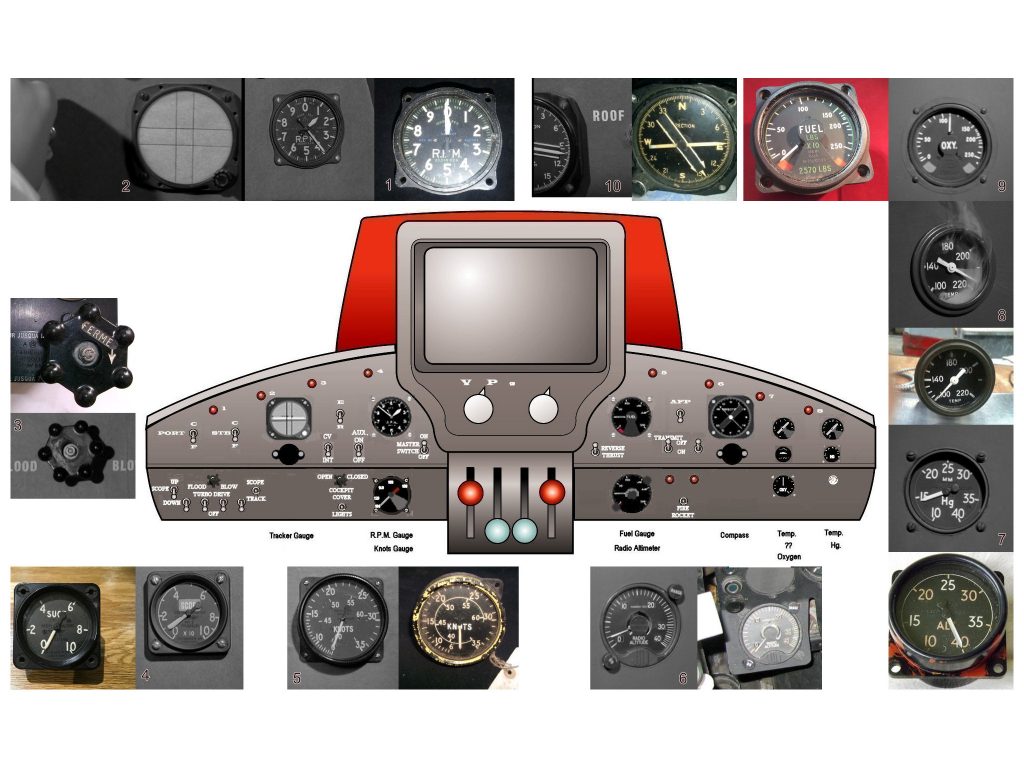 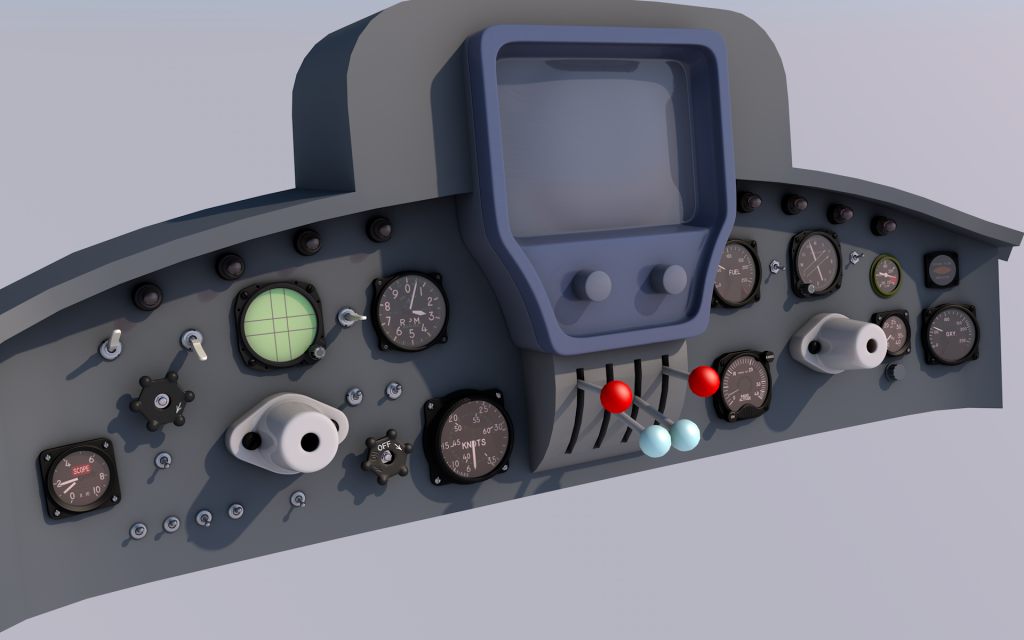 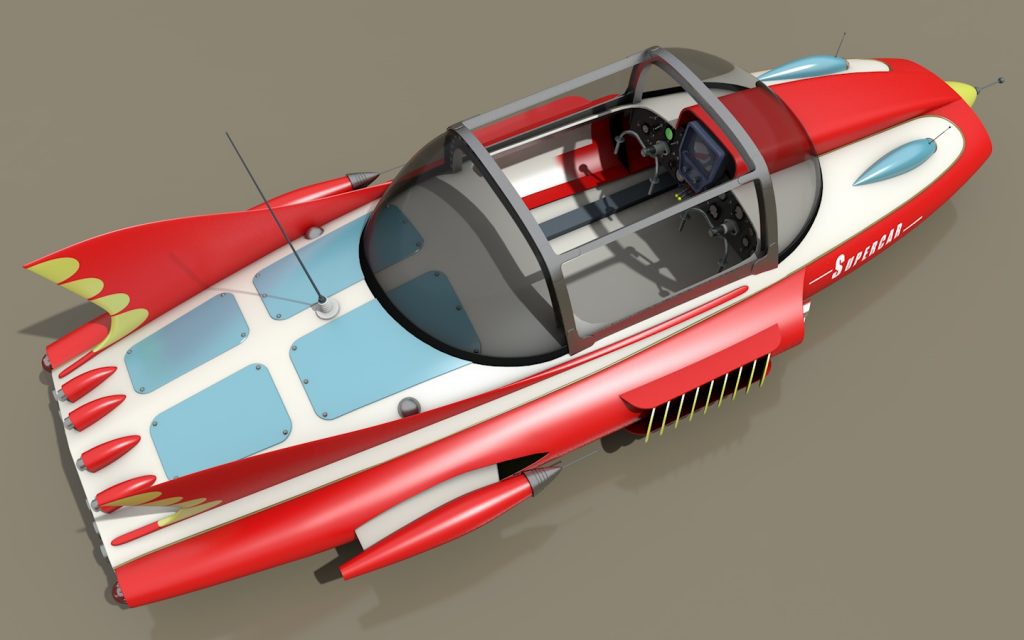 The new Supercar model is designed to be less complex than the previous 1998/1999 version which had a high polygon complexity (measured in vertices and triangles). The 1998/1999 model complexity was approximately (see this blog post for initial mesh upload experiments):

The new 2021 model has complexity approximately:

Mick Imrie made these notes back in 1999/2000 for the original 3D model…
http://www.aiai.ed.ac.uk/~bat/GA/SC-MODEL/IMRIE/MODEL/information.txt

The font used for the Cinema 4D Supercar model was a TrueType font supplied with Corel Draw called SWISS911 XCm BT (free download). This was selected primarily on the basis of the ‘S’ shape. The logo is obviously all in capitals, the ‘S’ is 118 point size and the rest of the characters are 78 point.

On the subject of colours, Austin and I spent some time trying to get the colours as good as we could given the vagaries of colour photography. What we came up with are as follows (all given as RGB values):

Shane Pickering has more closely studied the font, letter shape (the “A” is rounded at the top) and shape of the lines at each side of the logo. The following logo is traced off a close-up of the studio model and normalised (original and Photoshop .psd version here).

Shane Pickering has also been studying the Supercar colours as part of his work on a detailed technical cutaway for Supercar. He has been assisted by a friend who is a classic car restorer. For the “off-white bodywork” colour using reference colour photos, such as the Suter’s Store Windows Display, he has suggested we “aim for a middle range light grey with perhaps a little brown in it”. A light grey with a hint of beige perhaps from the “Palomino” colour range used on General Motors’ Cadillacs and Pontiacs in the late 1950s and early 1960s.

This entry was posted in 3D, Supercar and tagged Supercar. Bookmark the permalink.