This blog post is to support a short project to have University of Edinburgh Information Services (IS) folks get started with (or return to) Second Life as part of the handover of some of the work with the Virtual University of Edinburgh (Vue) from Austin Tate (avatar Ai Austin) who has acted as the Coordinator for Vue from 2007.

Project Aim from IS

Stuart Nicol on 24-Aug-2021: “I was thinking about getting some people in my team more up to speed with Second Life/OpenSim. One way to do this would be to get a couple of folks to work on a practical experiment. I’d like to set up a virtual office in SL as we return to our physical office … by setting up something akin to the approach used in the Vue virtual graduations (a screen in the office showing SL and avatars of those working at home, and a video feed of the physical office being displayed in SL). I’ve identified a couple of people who are willing to help with this, and was wondering if you would be able to advise them on how to set this up? It would mean that they begin to get up to speed and we would be in a better place in relation to keeping some knowledge of the environment.”

I think its a good idea to start in Second Life to gain experience. They can install the official Linden Lab viewer, but (later) I would suggest though that your team use the Firestorm viewer rather than the official Linden Lab one. FS is the most widely used viewer in SL but also has the advantage that a version of that same viewer also can be used on both SL and for the open source OpenSim grids. http://firestormviewer.org. Both can co-exist anyway.

When you first enter Second Life there will be a welcome/tutorial area to help you get started. But here is some info and a short video…
https://community.secondlife.com/knowledgebase/english/second-life-quickstart-r373/

Have ONE of the users register in SL with a “Premium Account”? It can be done monthly ($12), but my suggestion is to do it as one annual payment as its quite a bit cheaper… $99
https://go.secondlife.com/premium

This will allow that user to have a 1024sq.m. plot on a LL region without further payment… such as one of the Linden Homes in various styles.. like the houseboat I have. I think this is a good way to get a simple start and it can easily be changed later to a different style or to a custom use mainland plot (you just abandon the plot you already may have first), or even a private island like we used to have.

The rest can use free accounts. I will suggest a group is set up to link these folks. The premium user will get L$1000 (about US$4) as a starter fund and L$300 a week to have some funds if needed to buy items. Some free items for avatars can be found at helping Haven Gateway in Second Life at its “Freebie Village” via this link… http://maps.secondlife.com/secondlife/Helping%20Haven%20Gateway/173/42/25

With that in place I can maybe join the folks in world and help them set up the office/base to support the group, rather than just the individual owner) and set up a media screen that should support the video stream inwards.

OpenSim can follow along if things work out… maybe by setting up an addon region in OSGrid to replicate what is set up in SL, but maybe starting with the OpenVCE collaboration region content as an initial setup.

The aim is to link a real world space in IS via video into Second Life workspace and vice versa. We can explore a suitable format to use to play in world, but pretty much anything that will play in Google Chrome will work (as SL uses the Google Chromium Embedded Framework (CEF) library to play content on inworld media surfaces.)

E.g. for a YouTube Livestream – use the embed/<video>?autoplay=1 form: 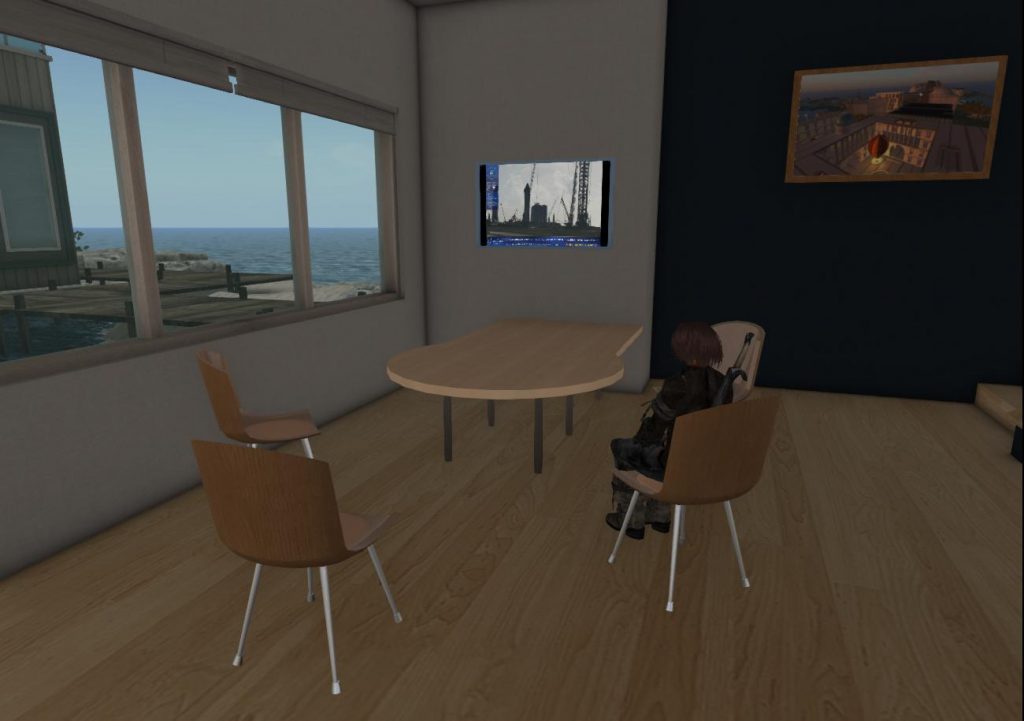 A number of Open Educational Resources (OERs) are available in Second Life to set up Vue facilities. See the blog posts Vue -> Openvue and Vue and OpenVCE OERs.

The Vue continent 3D models have also been ported to Unity (and could be made available as a loadable .unitypackage) and via that to MMOs such as Sinespace (see this blog post). 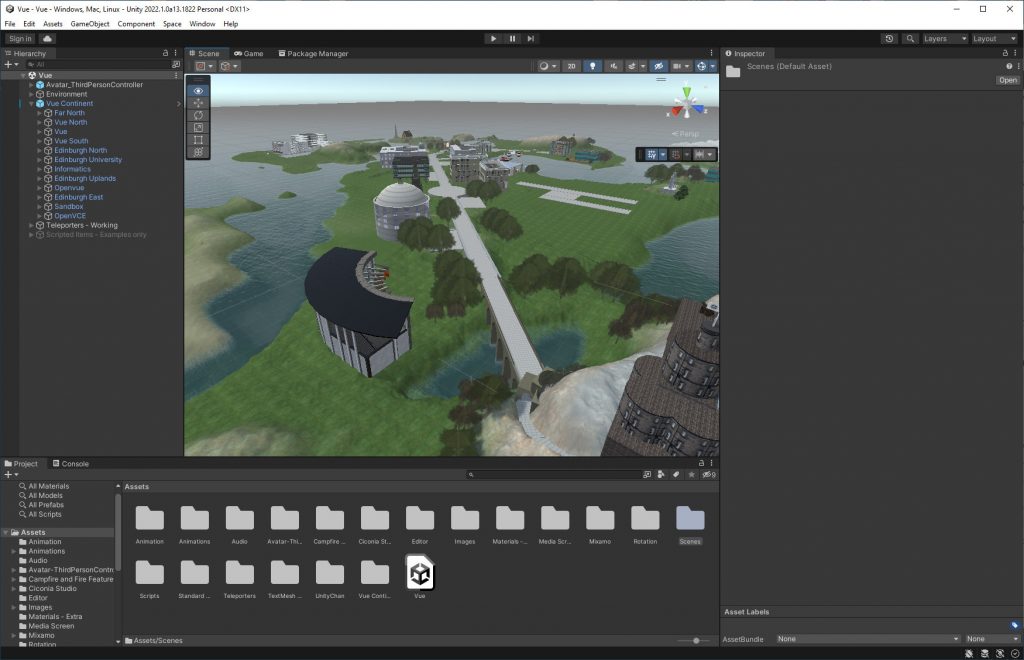